An NHS worker from Ottery St Mary has been left counting the cost of an arson attack that destroyed her car.

Tracy Elliott, who works for the Royal Devon University Healthcare Foundation Trust, in Exeter, discovered her black Peugeot 207 had been torched overnight while it was parked in the Sainsbury’s car park, in Hind Street, sometime between 9.50pm on Tuesday, May 24 and 6.45am the following day.

In addition, a Ford Fiesta had its back window smashed and items of clothing from inside the car were stolen. 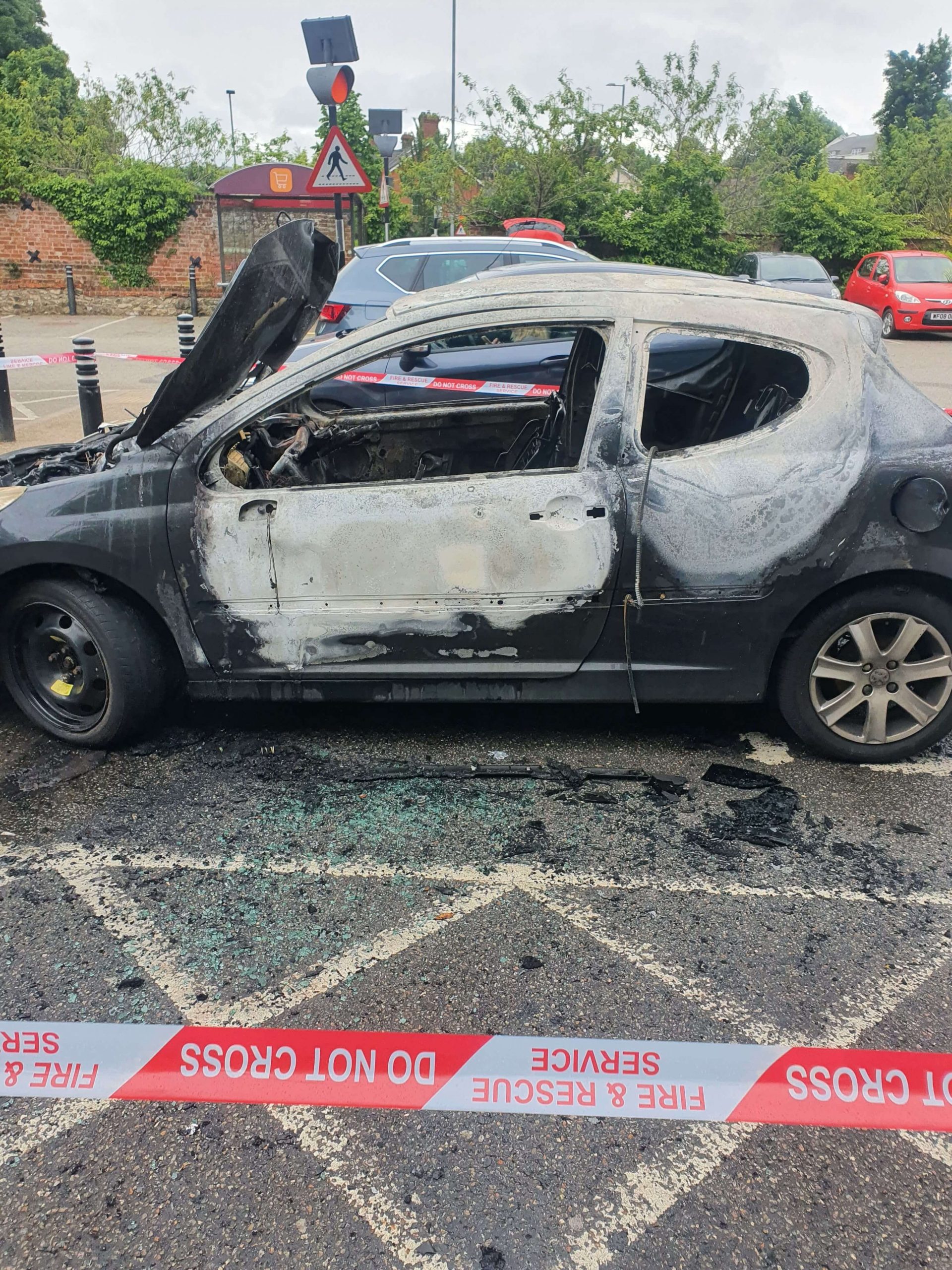 Police investigating the deliberately-started fire, and vehicle break-in, want to hear from witnesses, or anyone with CTTV footage from the area around the time of the crimes.

A Devon and Cornwall Police spokesman said: “The fire service requested police assistance with reports of a car fire in Hind Street, Ottery St Mary, at around 3.10am, on Wednesday 25 May.

“The cause of the fire is believed to be suspicious and enquiries are ongoing.”

He added: “A back window was smashed on a Ford Fiesta and an untidy search made of the car.

“Anyone who saw or heard anything suspicious around the car park at the time of both incidents is asked to contact police.” 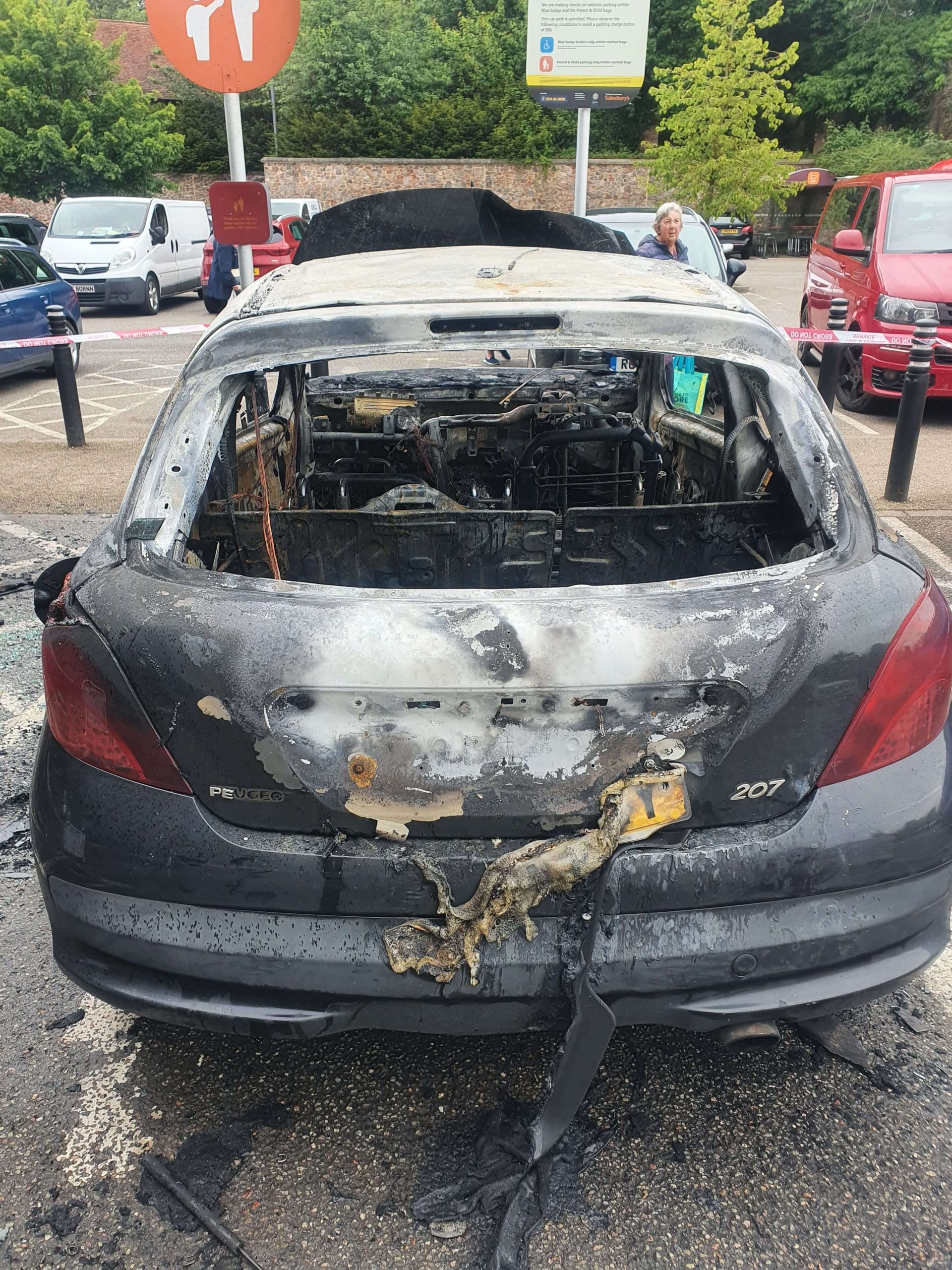 Firefighters from Ottery St Mary were called to the supermarket car park shortly before 3am after a member of the public raised the alarm.

A Devon and Somerset Fire and Rescue Service spokesperson said: “A crew from Ottery St Mary were mobilised to a car that had been deliberately set on fire in a supermarket car park off of Hind Street, following a call from a local resident who could see the flames from their house.

“The vehicle was well alight on our arrival but soon under control with two firefighters in breathing apparatus using a hose reel jet to extinguish it, before making the car and scene safe.

“Duty of care was then left in the hands of the police for investigation purposes.” 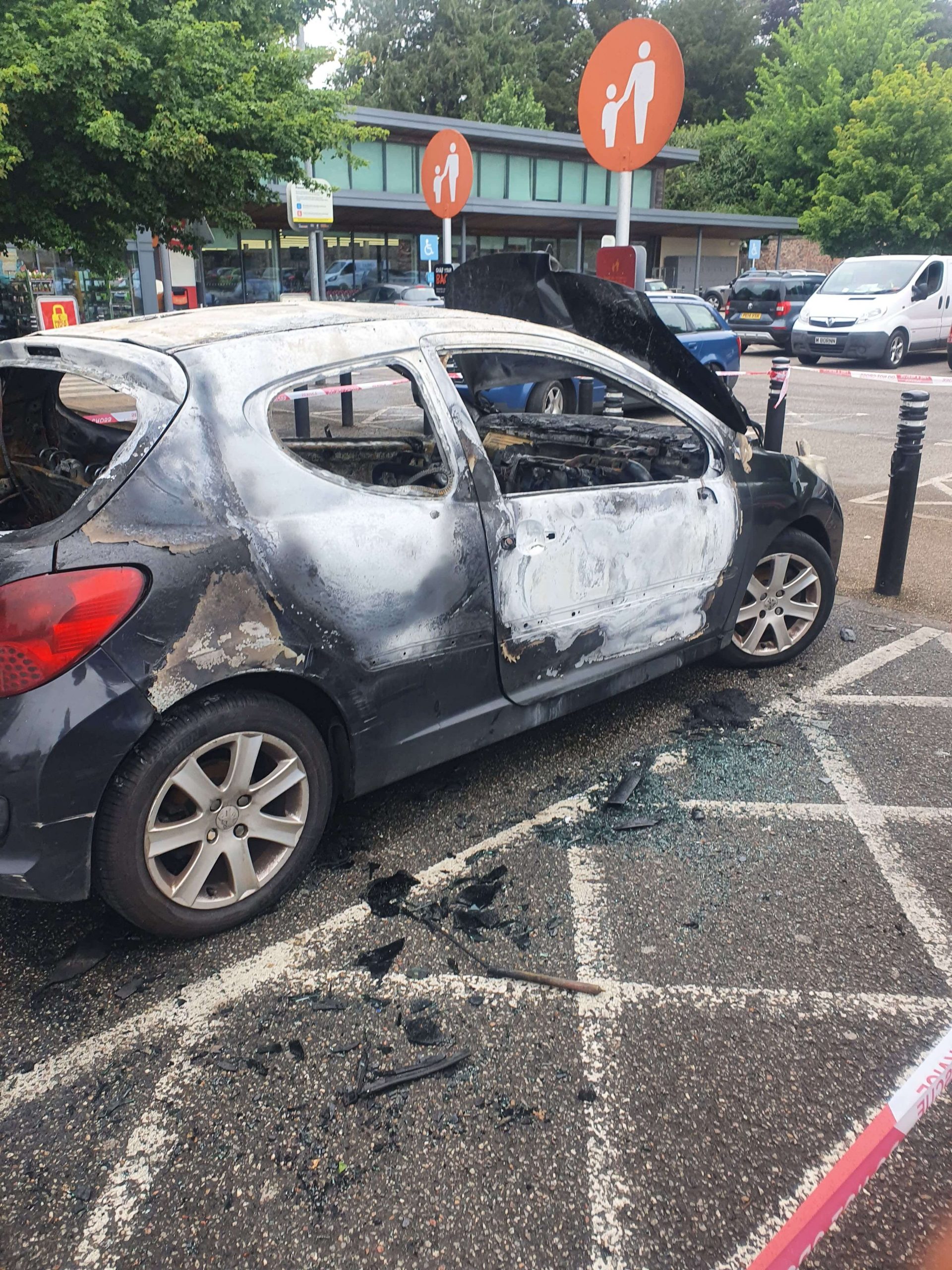 The vehicle was left overnight in the supermarket car park.
Photo: Tracy Elliott.