Thursday, November 26
Trending
You are at:Home»News»Exclusive»Thistle the runaway red squirrel goes nuts for Ottery….but now it’s time for her to go home

Sightings of a runaway red squirrel in the Ottery St Mary area have prompted a call from wildlife experts not to feed the animal because it could kill her.

Thistle has escaped from Wildwood Escot. She is on the run around Ottery and a rescue mission is in place to bring her safely home.

The public are being asked to report any sightings of the runaway red squirrel, so Wildwood Escot can set a live trap to catch her before she contracts fatal disease, squirrel pox.

It’s really important that we do recover her. While she’s out she’s at risk of catching squirrel pox from grey squirrels, and if she does, there is nothing we can do for her…

He said leaving food out for Thistle would increase the chance of her catching squirrel pox and dying, because nuts or other treats would also entice grey squirrels – carriers of the virus.

Mr Hyde said the fugitive squirrel could fend for herself without any human help, until she could be recaptured.

“It’s really important that we do recover her. While she’s out she’s at risk of catching squirrel pox from grey squirrels, and if she does, there is nothing we can do for her.

“I would anticipate that some well-meaning people would like to help, and they think they can help by leaving some food out for her. That would not be a good idea. It won’t do her any favours.”

Instead the public can do their bit by notifying Wildwood Escot of any sightings of the squirrel, so live traps can be set, he said.

Since her escape, the red squirrel has been seen in the Land of Cannan area of Ottery and also around Tip Hill.

“It looks like she’s found an area she’s quite happy in,” said Mr Hyde.

He said a small group of people were already keeping tabs on Thistle and reporting back, but extra eyes were welcome, and to telephone in her exact location.

“The more specific people can be about her location, the more helpful they can be,” said Mr Hyde. “We are fairly confident she won’t go any further afield. She likes staying around Ottery St Mary.

“It’s really important we recover her. She’s really safer in the enclosure. She will eventually succumb to squirrel pox, which is not pleasant.

“We would very much like to have her home.”

He added: “I have been in touch with a couple of places in Ottery who will report if they see her.

“If we know where she is we will set a live trap and recover her that way.” 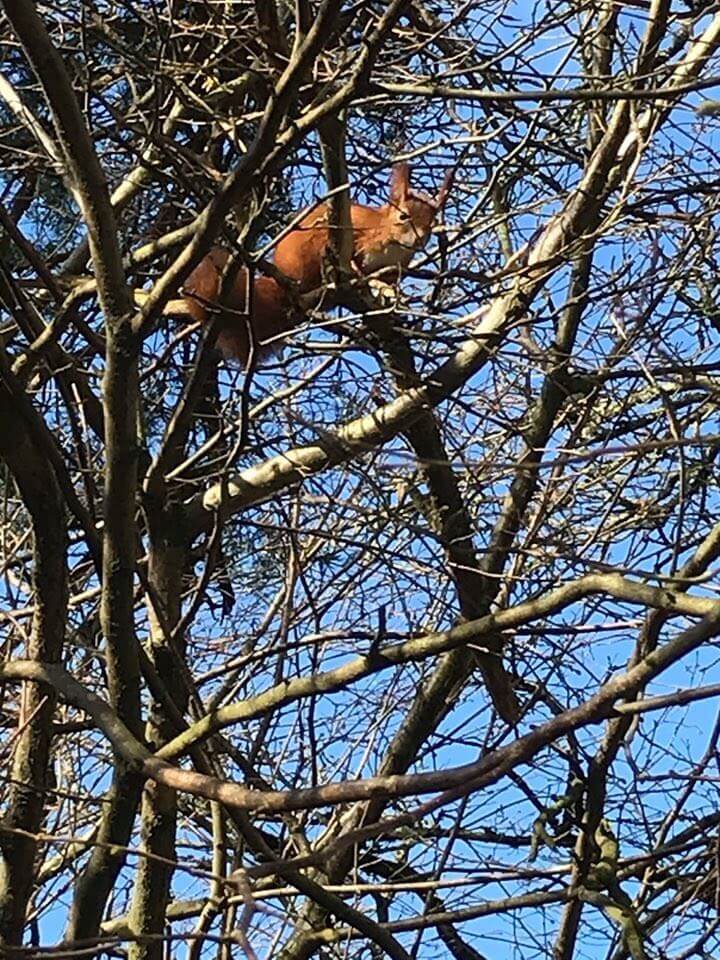 James Hiscox took these photos of Thistle the red squirrel when he was working in Ottery St Mary. 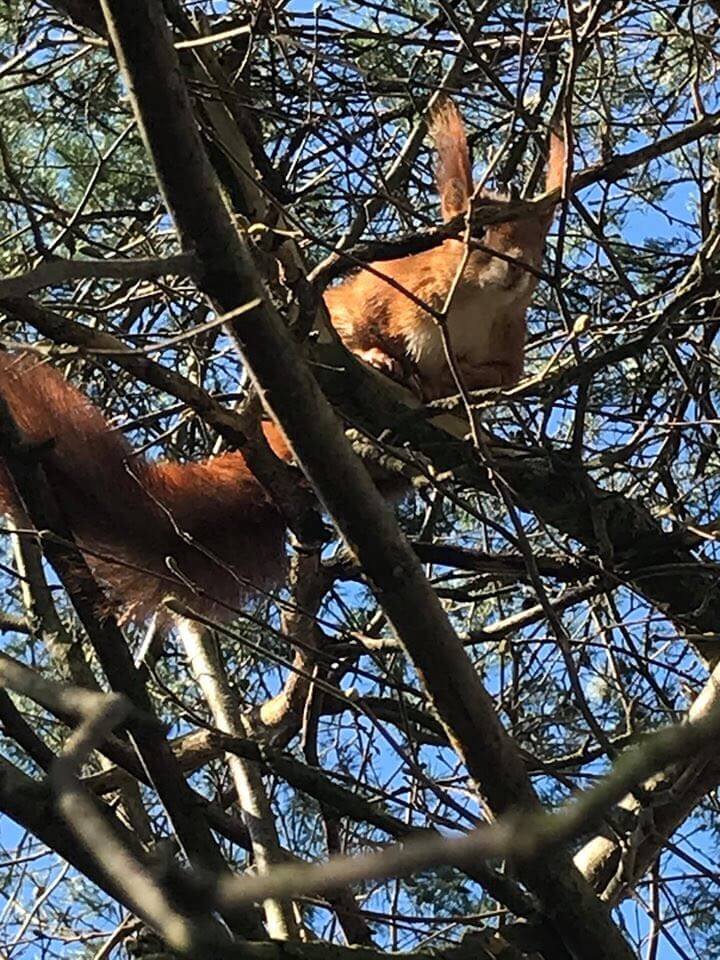 Thistle the red squirrel was born in the spring and was living as a group of five in a semi-wild enclosure designed to mimic the natural habitat.

The type of enclosure means it can be difficult to immediately spot the squirrels, or if one is missing.

Mr Hyde said: “The enclosure is designed to keep the red squirrels in and the grey squirrels out.

“Thistle was born in the spring. She’s not been there very long.

“She will have found herself a way of getting out of the enclosure and we weren’t aware, and her squirrel colleagues were not aware.”

The young red squirrel was photographed at the start of March by district council worker James Hiscox, when he was working at the Land of Cannan in Ottery.

He said: “A work colleague spotted the red squirrel. It ran up a tree and sat there for around ten minutes before moving on.”

She has been seen several times by the public in Ottery, at the Land of Cannan, and at Tip Hill.

He said the nearest known wild population of red squirrels was on Brownsea Island in Poole Harbour, Dorset.