Aldi has revealed plans to expand and revamp its Honiton store – including a bigger retail area and 31 extra parking spaces.

The supermarket giant wants to refurbish its outlet off Honiton Road and extend into a plot to the south-west of the site.

Its proposals would see a neighbouring house demolished and the shop’s car park reconfigured to accommodate 104 bays. 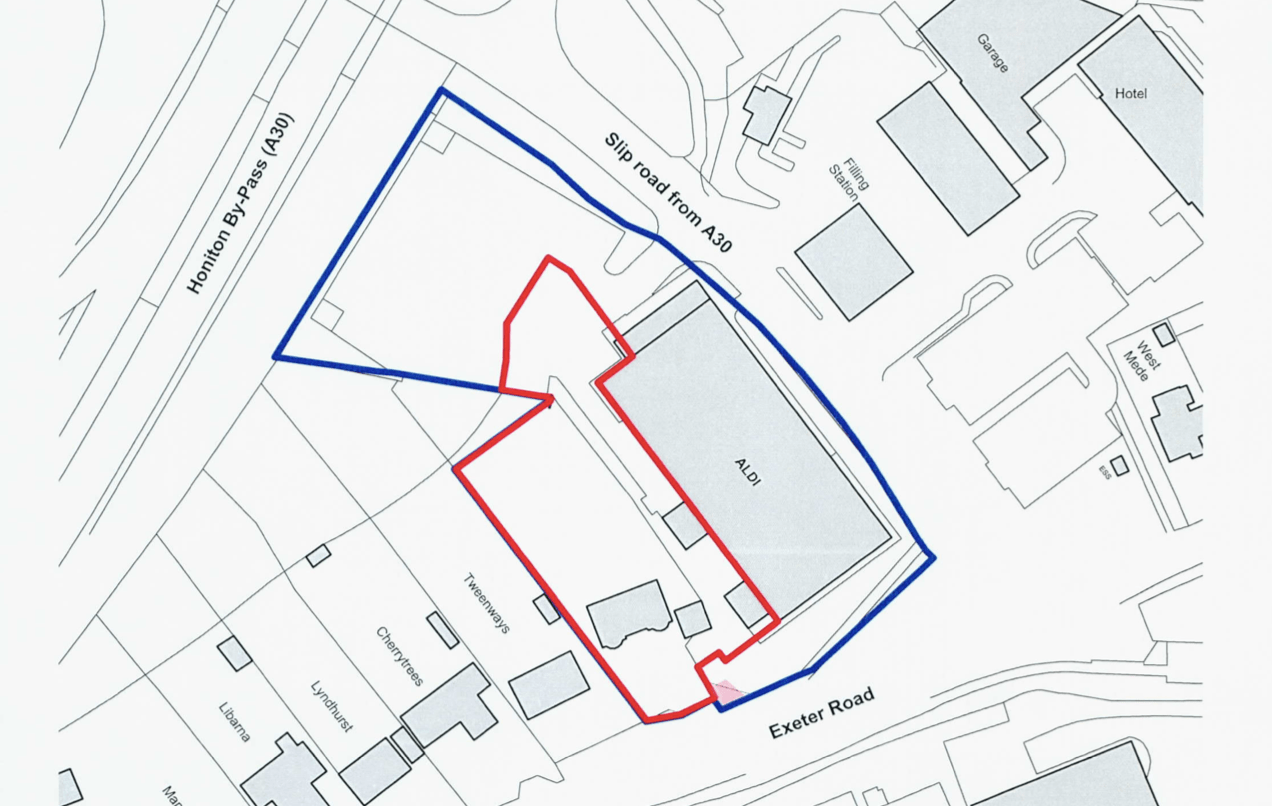 Plans for a bigger Aldi store and car park in Honiton – the blue line shows the current site, with the plot earmarked for the extension in red. Image: Aldi

East Devon District Council (EDDC) will decide the fate of the application.

There are currently 73 customer parking spaces at the store.

A 225sq m extension is proposed for the southern corner of the plot. 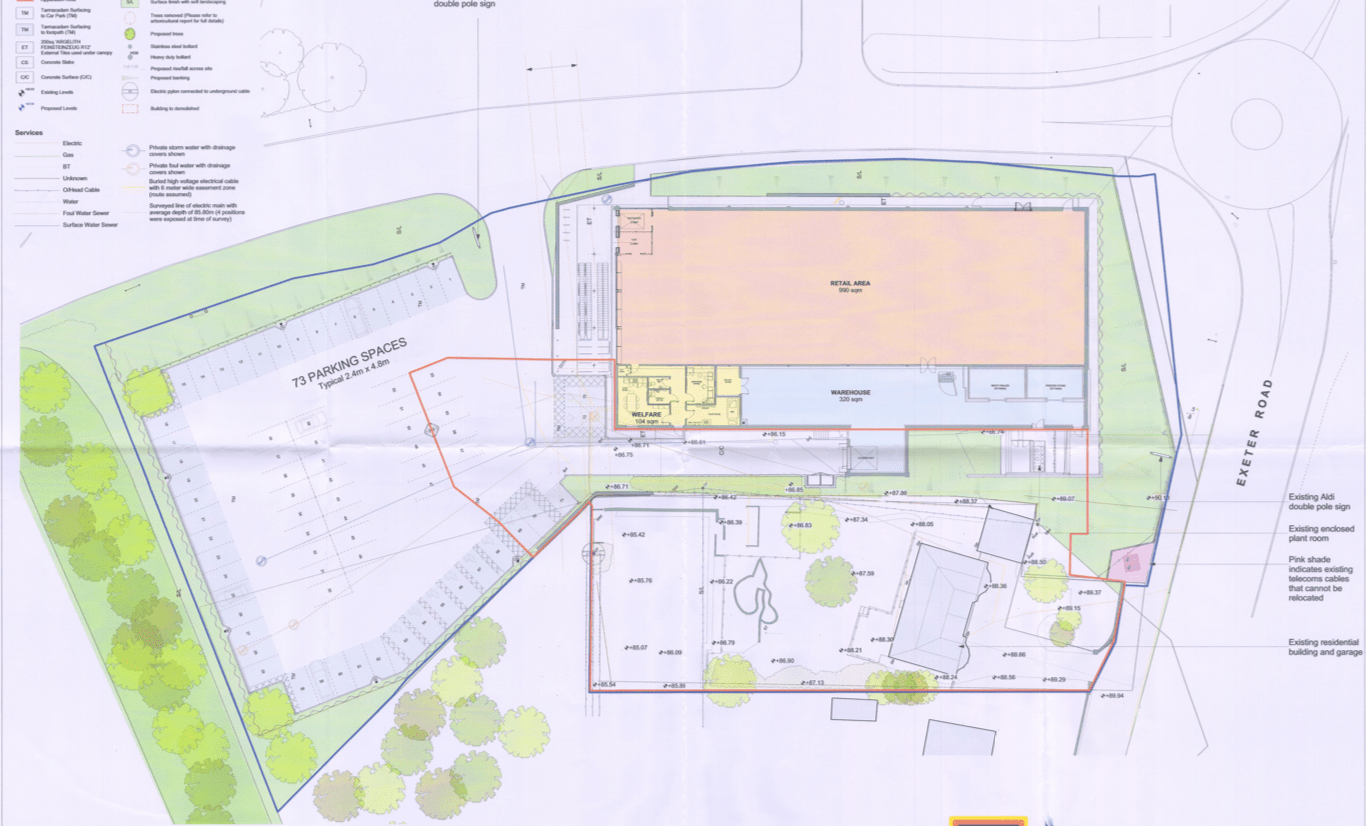 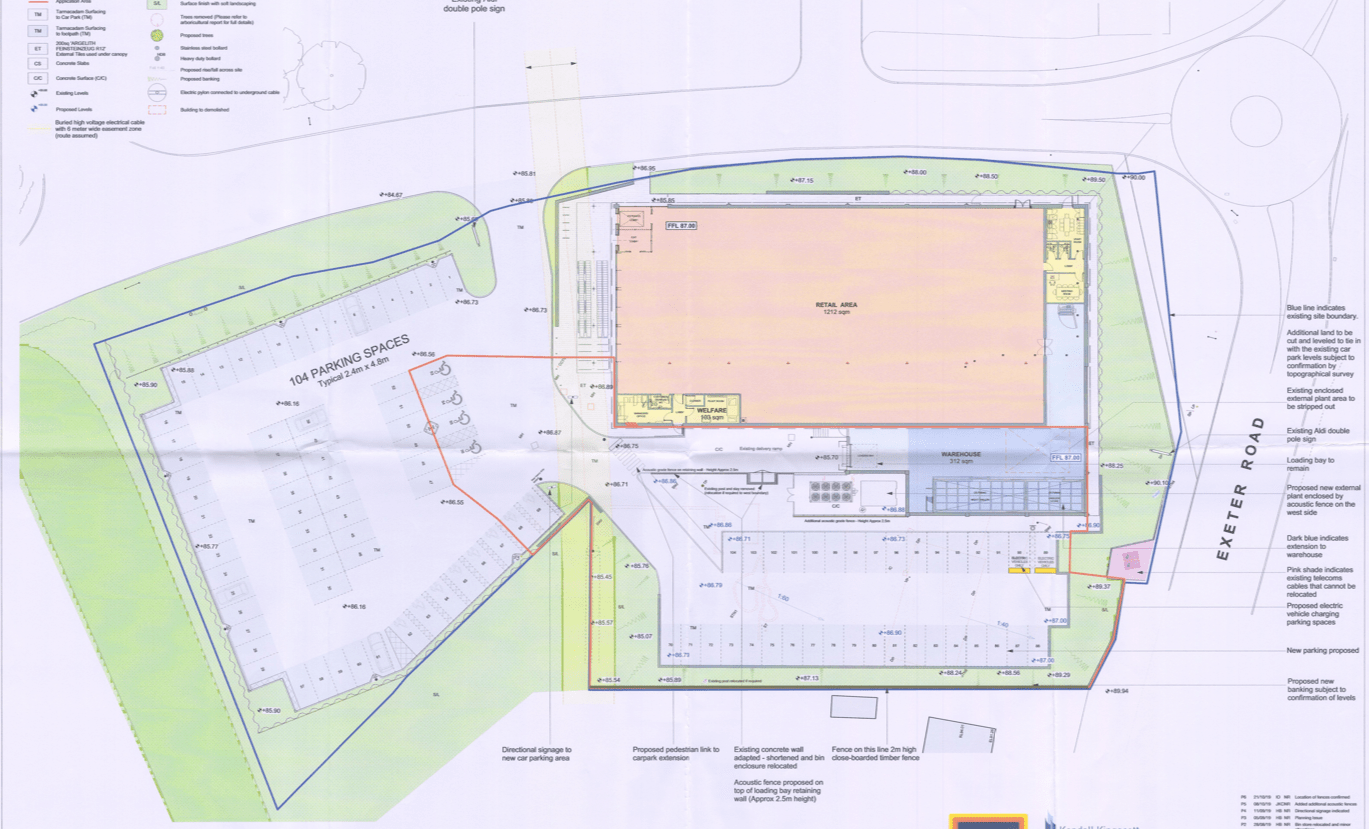 After? How the expanded site could look with a bigger retail area and 31 extra parking spaces.

The firm’s plans state: “The store warehouse will be relocated to this extension, leaving the majority of the existing building free for an expanded retail area.

“Additional land to the south-west will be used to provide additional parking.”

A new pedestrian crossing and path will be provided between the extra parking spaces and the store entrance, according to the proposals.

Two electric vehicle charging bays would also be included in the scheme, along with a pair of extra ‘parent and child’ bays. 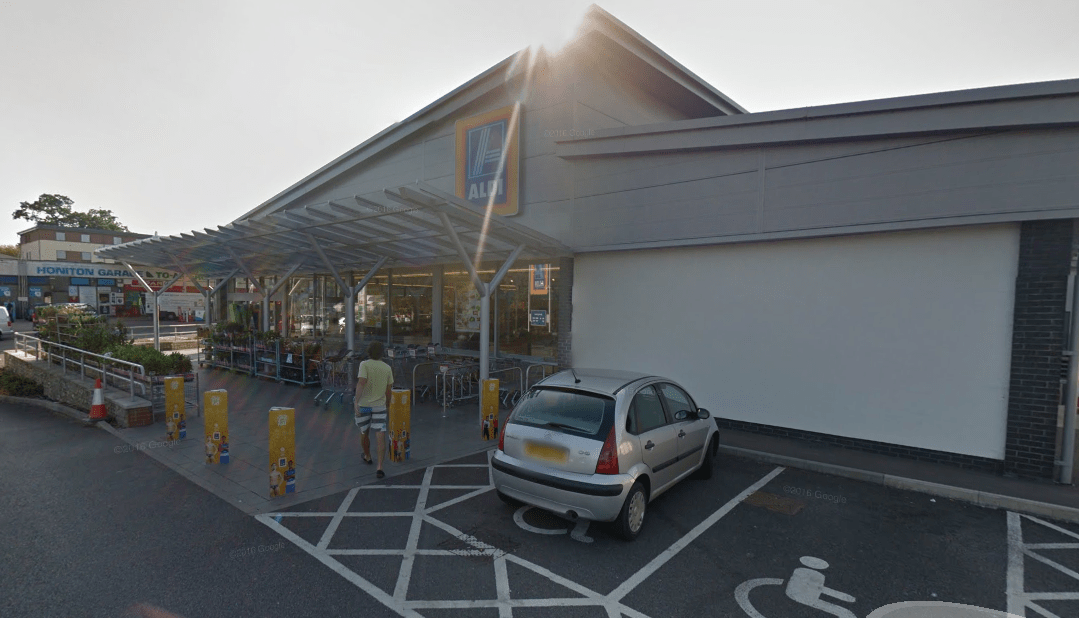 Aldi says it has already received ‘significant interest’ in the proposals and has received 31 feedback responses to date – with all but one in support.

The plans add: “The proposed extension is required to improve efficiency and operations at the store and the customer experience.

“The extension is unlikely to intensify traffic levels at or surrounding the site. In addition, the modest increase in retail sales area would not require additional or increased deliveries to the store.”