Plans to build 13 new homes in the grounds of the Salston Manor in Ottery St Mary – so the ‘famous’ former hotel building can be restored – have been approved.

A unanimous go-ahead for the scheme means a total of 26 dwellings will be created at the site.

The green light was also given for a two-home extension to be constructed on the existing listed building, which already has consent to be converted into 11 flats.

The history of the building is vital for Ottery. This will be a massive job and, while it is a departure from policy, it is for the greater good…

Councillors heard that the site is outside Ottery’s built-up area boundary and the plans were was contrary to policies in the authority’s Local Plan policies – particularly as no ‘affordable’ is provided.

But members were told that the wider benefits of the restoration of the listed building outweighed any negatives of the scheme. 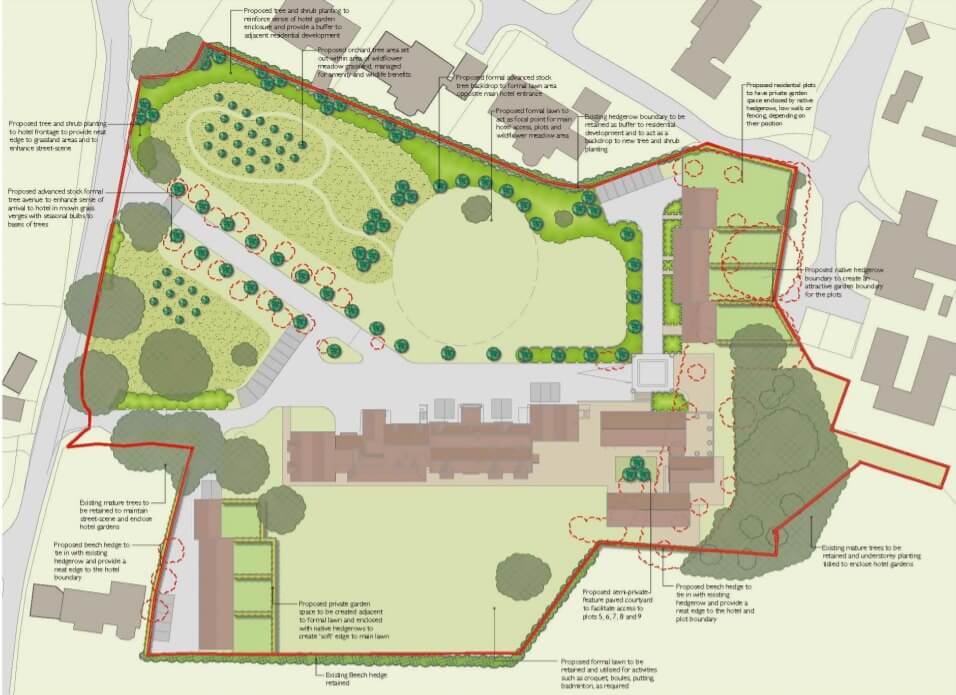 Plans for new homes in the grounds of the former Salston Manor Hotel in Ottery St Mary. Image shown to the EDDC Planning Committee

Recommending approval, development manager Chris Rose said: “This will secure the future of the heritage asset so we have to decide whether bringing the listed building back into use outweighs the harm of the buildings in the countryside.

“Officers are of the opinion that the proposals would result in less than substantial harm to the character and setting of Salston Manor.

“In the absence of any significant harm to the character and appearance of the area, the residential amenities of the occupiers of surrounding properties, ecology, or flood risk, it is considered that the proposed development is acceptable, bringing a major benefit through the restoration of the listed building.”

Joint-owner and applicant Chris Riley said that the principle of development had already been agreed – and that the ‘sympathetic and balanced’ plans and were needed to fund the restoration of the Salston Manor.

Councillor Geoff Pratt, who represents the Ottery St Mary rural ward, said: “The problem is that the building has suffered so much damage in the last 14 years since lying empty and the cost must be extraordinary to deal with the matter, so I understand why they are making this application today. 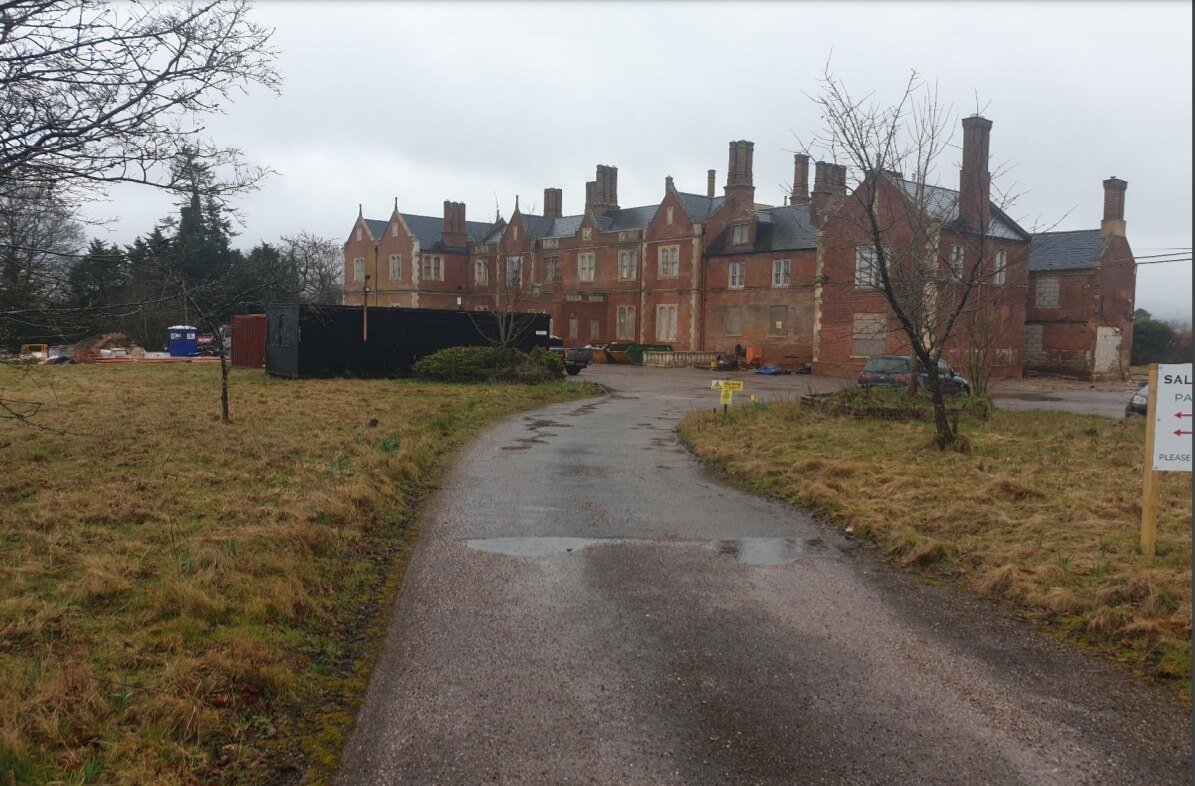 “It is a famous building for Ottery St Mary and listed, and it needs to be dealt with, and we need to go along with this, and we can decide the heritage benefits will outweigh any harm to the property.

“I want to look after this listed building and this is the main priority here.”

Cllr Philip Skinner added: “It is sad it has fallen into the disrepair it has.

“The history of the building is vital for Ottery. This will be a massive job and, while it is a departure from policy, it is for the greater good.

“I recommend this for approval as I don’t want it to fall into disrepair.”