A spokeswoman for Bear Grylls confirmed it was the wilderness survival expert who had been filming in the town.

She said: “They were filming with all Covid restrictions in place.” 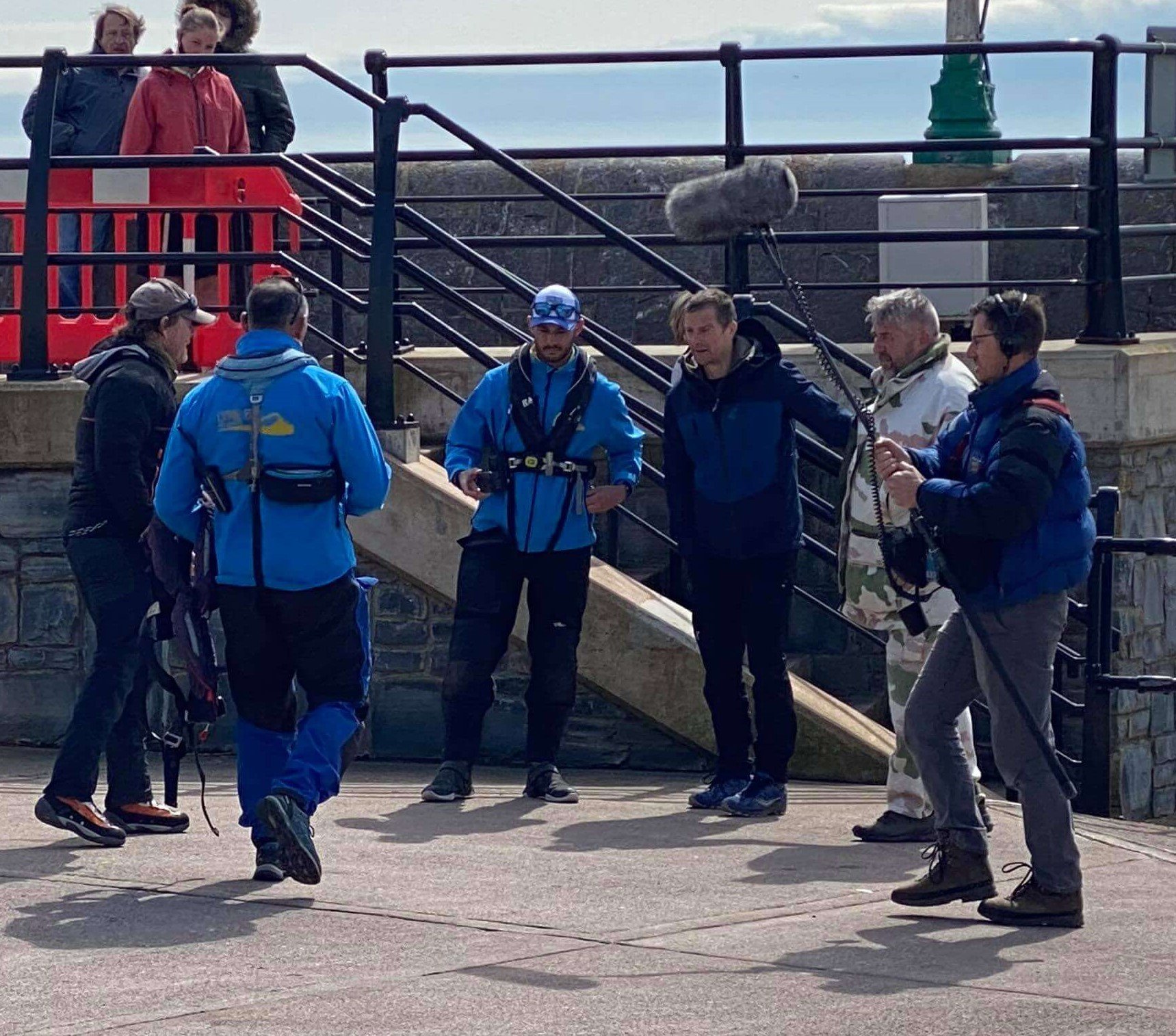 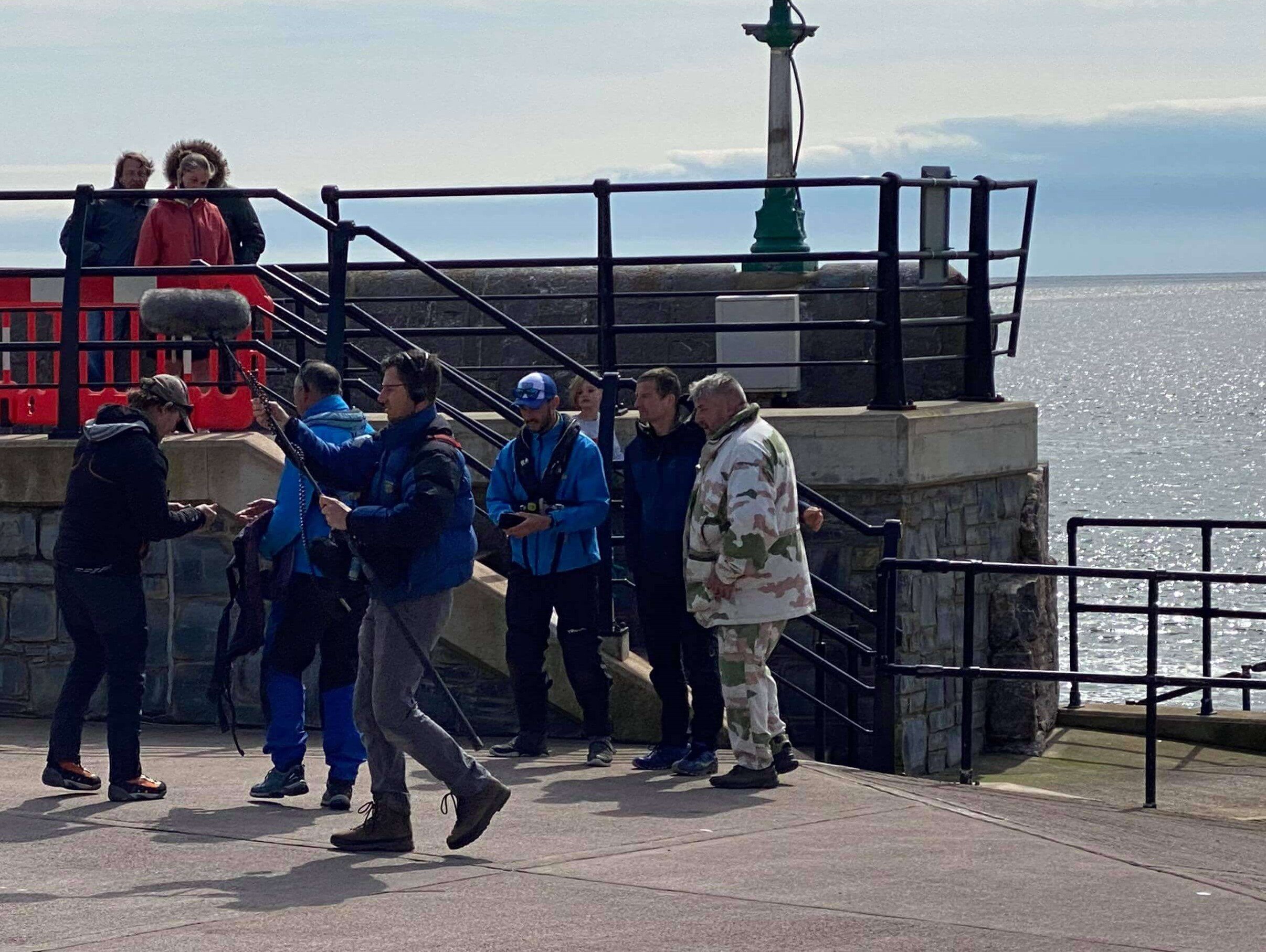 The TV stars and ex-soldiers were spotted sitting together on the dockside, near Mamhead slipway, at Exmouth, where they were being filmed.

Earlier Phil Campion was seen riding a motorbike along Salterton Road in the direction of the seafront, with a film crew ahead.

An onlooker and fan, who had been riding his motorbike when he spotted the film crew, said: “I went past Phil Campion on a motorcycle heading toward Exmouth seafront, down Salterton Road with a film crew ahead of him.

“I popped home to drop a few bits off and then went back down the beach to see what he was filming.

“I follow Phil Campion on social media and I’ve met him a few times in the past.

A local boat team nearby on the water appeared to be with the film crew, the Phil Campion fan said. 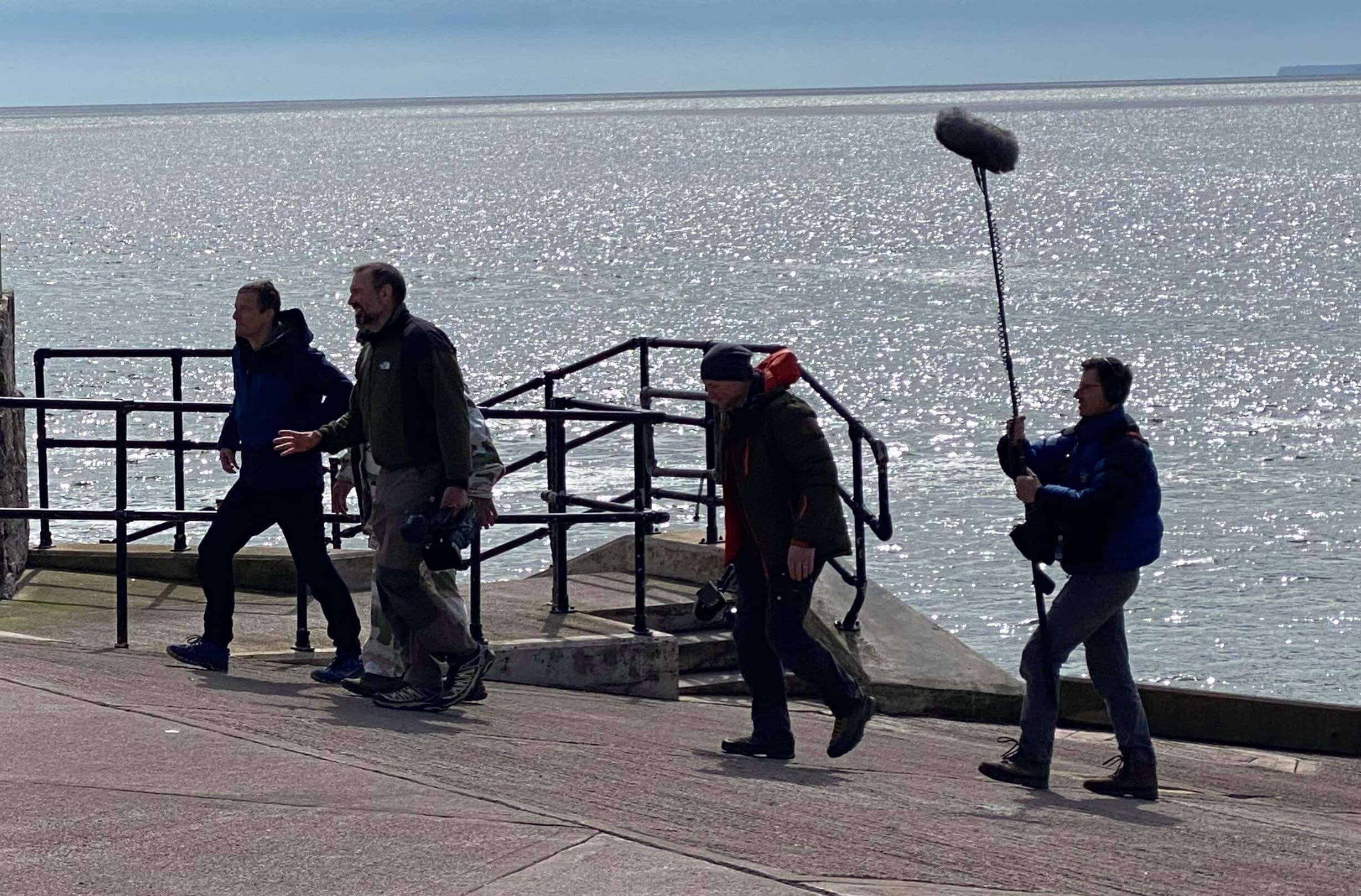 Bear spent around half-an-hour filming on the dockside before he waved goodbye to a small crowd after posing for photographs with young fans, the onlooker said.

It was thought the film crew and Bear travelled in the direction of Lymptone and the Royal Marine Commando Training Camp.

“There weren’t many onlookers, just a couple of people with children who recognised Bear and asked for a photo,” the fan said.

“Most people walking past were oblivious to what was happening and who was filming.

“Bear waved to me as I got on my bike and left.”

Earlier on Friday, champion of the Scouts Bear was photographed in a speed boat accompanied by a film crew along the Dorset coast, at Lyme Regis.

It was said he was there filming a YouTube video, pitting a speedboat trip against a motorbike journey along the Jurassic Coast, from Lyme Regis to Exmouth. 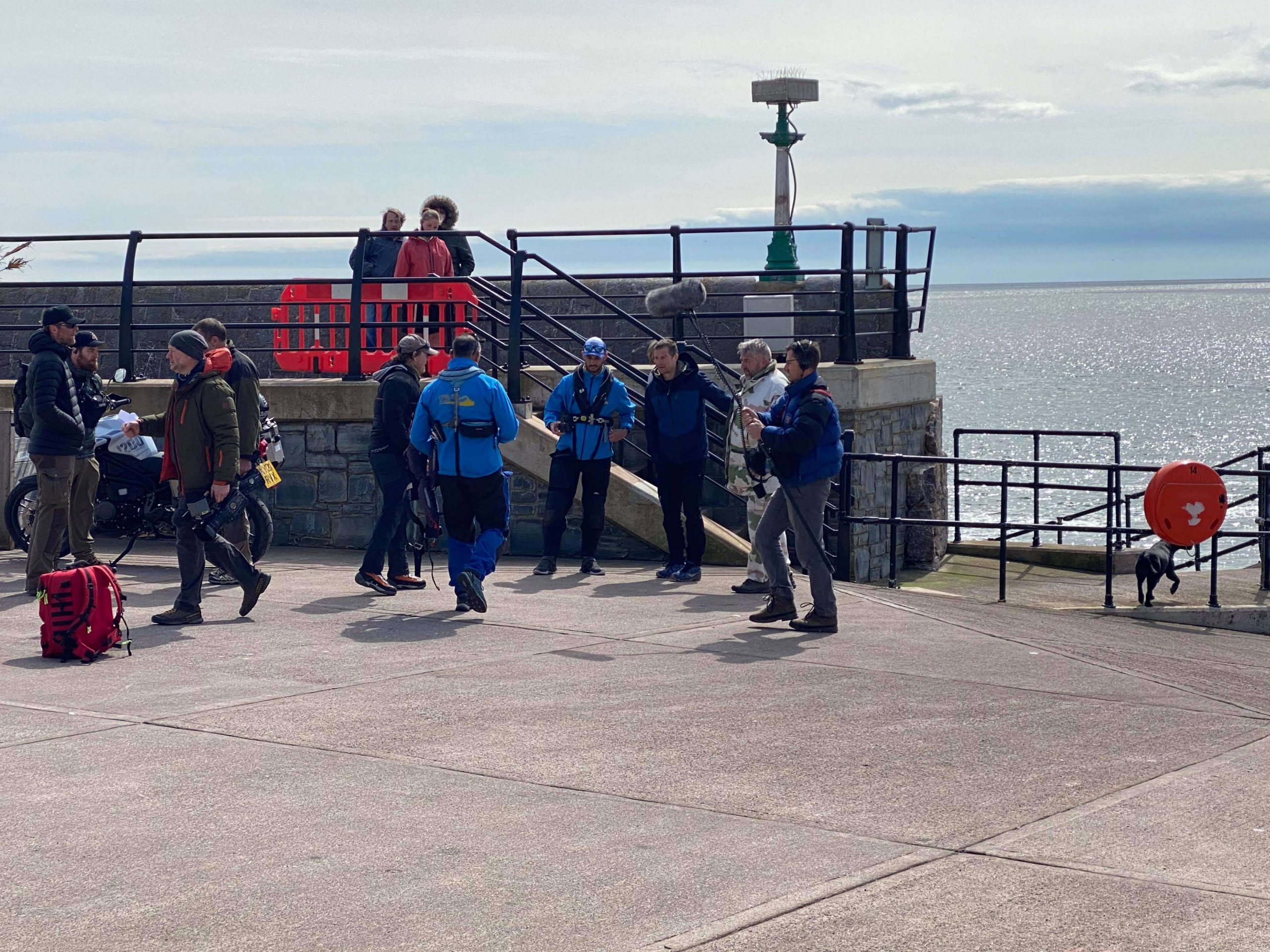 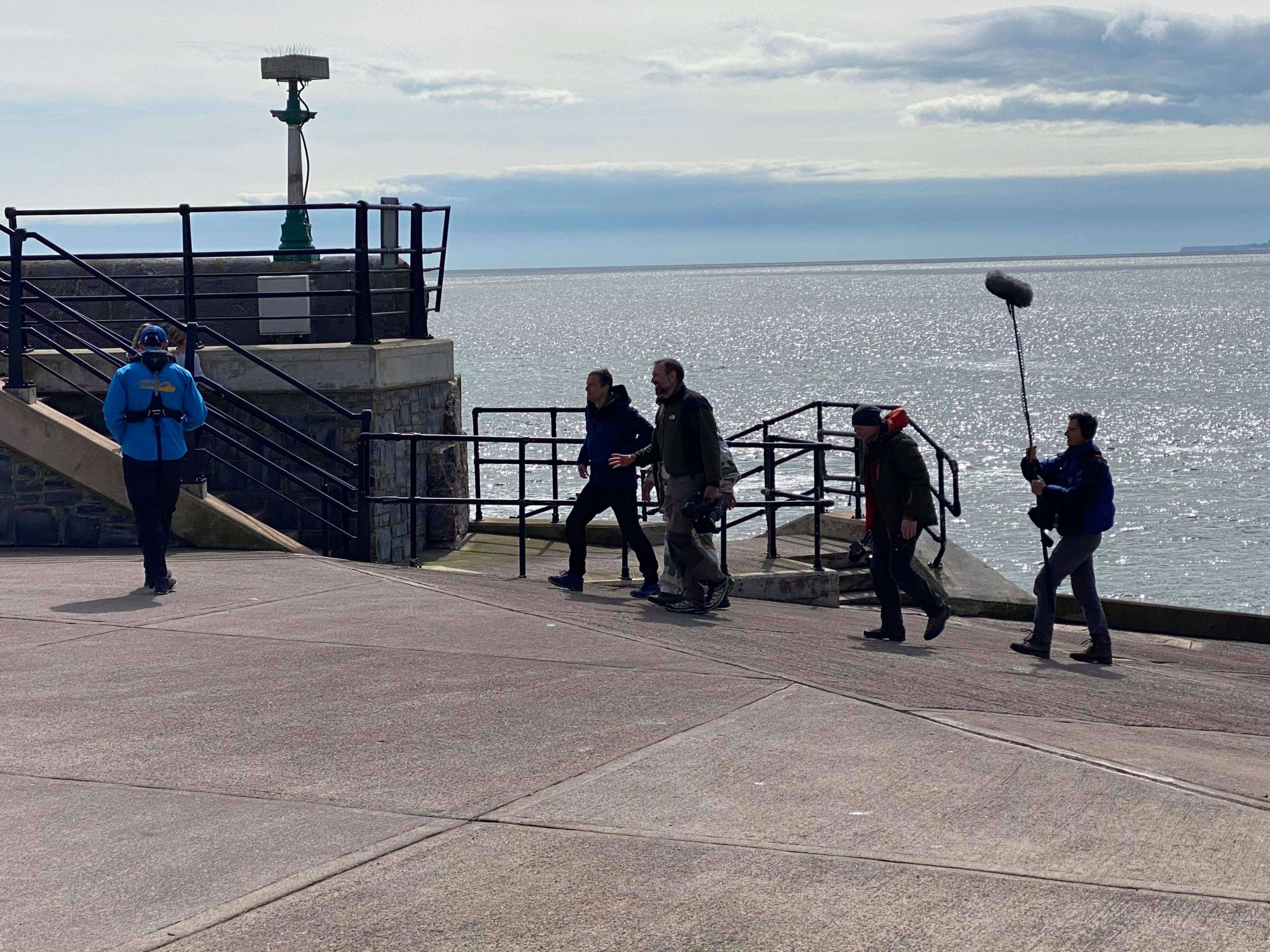 The film crew spent around 30 minutes on the dockside, near Mamhead slipway.
Photo: Darrell Trigs. 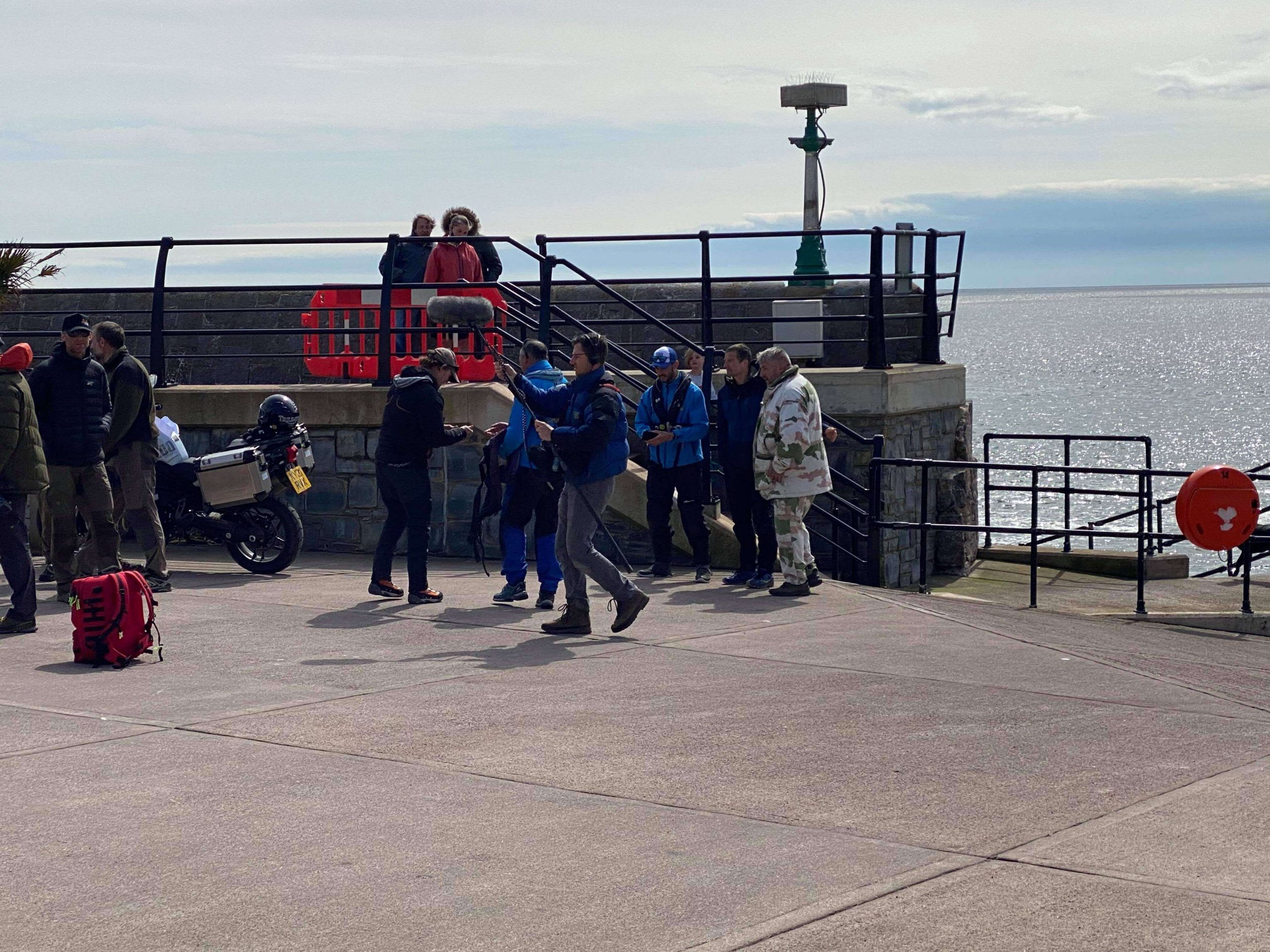 The Special Forces military veterans were thought to be filming a fresh challenge.
Photo: Darrell Trigs.