Anthony Martin on Saturday evening joined a going away party held at The Point Bar and Grill, on Exmouth dockside, raising a glass to the Oarsome Foursome team tackling the Talisker Whisky Atlantic Challenge in aid of Exmouth and Lympstone Hospiscare, Cornwall Blood Bikes, and Carefree charities.

Coldplay financially backed the Oarsome Foursome for an undisclosed amount after rower Claire Allinson, of Morton Crescent, plucked up the courage to tell Chris Martin’s dad about the 3,000-mile ocean adventure at a chance meeting earlier this year.

I put that to my son. I told him what it was all about. He said ‘dad that sounds to me a magnificent venture’…

Anthony Martin said the band’s support followed after he spoke to Claire at a Powderham Castle garden event where the Oarsome Foursome’s boat was on display.

The singer’s dad said his son, Chris, and the band, was full of admiration for the women’s courage.

Anthony said: “It’s totally amazing what they are doing.  When Claire came – she’s a huge Coldplay fan – she didn’t ask for any money at all. She asked if the band would Retweet something. That was all she asked for.

“I put that to my son. I told him what it was all about. He said ‘dad that sounds to me a magnificent venture’.

“Chris and the boys thought it was a great adventure, and courageous, and thought they could do better than Retweet it and gave them some modest help, to help them fulfil their ambition.”

Antony added: “Let’s hope it helps them. We admire people who do that – things you probably wouldn’t do yourself. That’s the inspiration.”

Married Claire, 45, said: “Anthony’s always asking questions. He’s just so interested. He genuinely believes in what we are doing.” 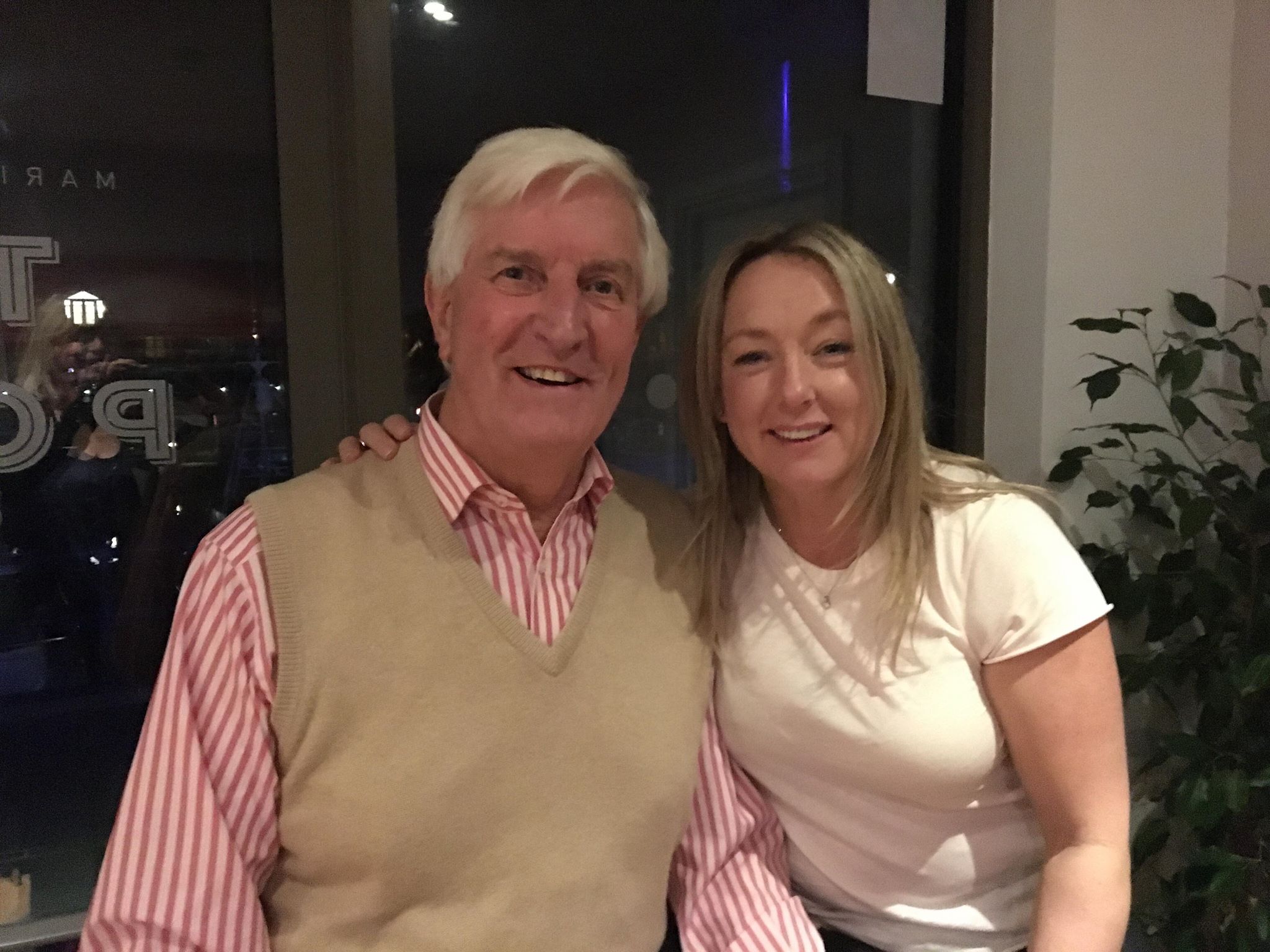 Claire ‘cried her eyes out’ earlier this year when she spotted Chris Martin’s social media post to Coldplay fans telling them about the ‘amazing’ Oarsome Foursome.

Chris and the boys thought it was a great adventure, and courageous…

The band secretly donated an undisclosed sum, backing the women’s efforts, then were persuaded to go public so the team could display Coldplay’s logo on their boat with their other main sponsors MuTu, ReSound and Crown Records Management.

Alongside Claire tackling the 3,000-mile Talisker Whisky Atlantic Challenge – billed as the world’s toughest row – is Bird Watts, from Mevagissey and her mum, Mo O’Brien, who is deaf, from Penzance.

The fourth member Linda Whittaker, from Gorran Haven, has been forced to pull out of the row and transfer to ground crew because of seasickness.

Teammate Claire said: “She couldn’t keep water down for ten minutes in the most still of waters.

“The plan was to row in pairs, two hours on, two hours off. So now we will be rowing for sixteen hours, with eight hours rest.

Linda wrote on the team’s blog: “I’ve been experiencing extreme sea sickness for far too long, so much so that I just cannot eat or drink on the boat.

“That’s a liability for the crew and me so really there is only one right and brave decision to make and that is to step down.

“I’ve tried everything known to man to get over this – prescription drugs, over-the-counter drugs and alternative therapies – but my body isn’t playing ball.

“I simply can’t put into words how disappointing and gut-wrenching this is, knowing it won’t be Mo, Bird, Claire and I crossing that finish line in Antigua as we’d always planned and trained for, but health and crew safety has to come first.” 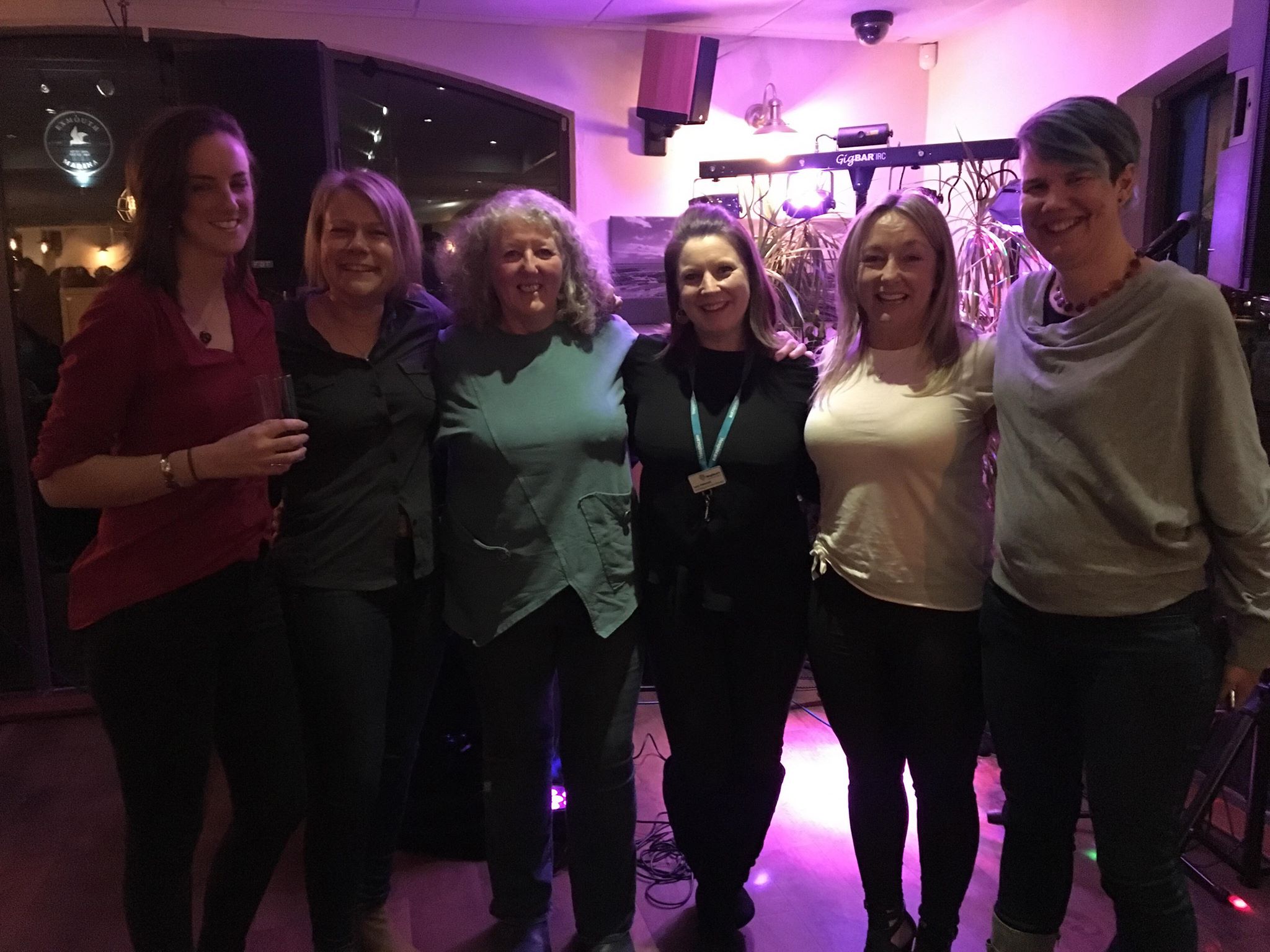 The Oarsome Foursome set off from San Sebastian in La Gomera, the Canary Islands, on December 12, rowing more than 3,000 miles to Antigua, arriving at Nelson’s Dockyard English Harbour in early 2020.

After the Atlantic row challenge, the team will sell their boat and all the kit, sharing the funds between Exmouth and Lympstone Hospiscare, Cornwall Blood Bikes and Carefree.

Claire chose Exmouth and Lympstone Hospiscare as her charity as a nod to her dad, George Blagbrough, who died in August 2018 from bowel cancer aged 71, nine months short of his golden wedding anniversary.

Claire’s family cared for George at his home near Leeds with the help of local hospice nurses.

She is rowing in her dad’s memory and to thank those who cared for him and helped her family.

To sponsor the Oarsome Foursome see the team’s JustGiving page. For more information about the challenge, see the website.