Children from across Exmouth pledged to protect the environment at an inaugural schools conference that has been hailed as a big success.

Youngsters vowed to pick up litter and dog poo and create a wildflower area after being inspired by experts at the event in September.

Pupils from all of the town’s primary schools took part in workshops and discussed current problems caused by pollution, plastic waste and effects of climate change. 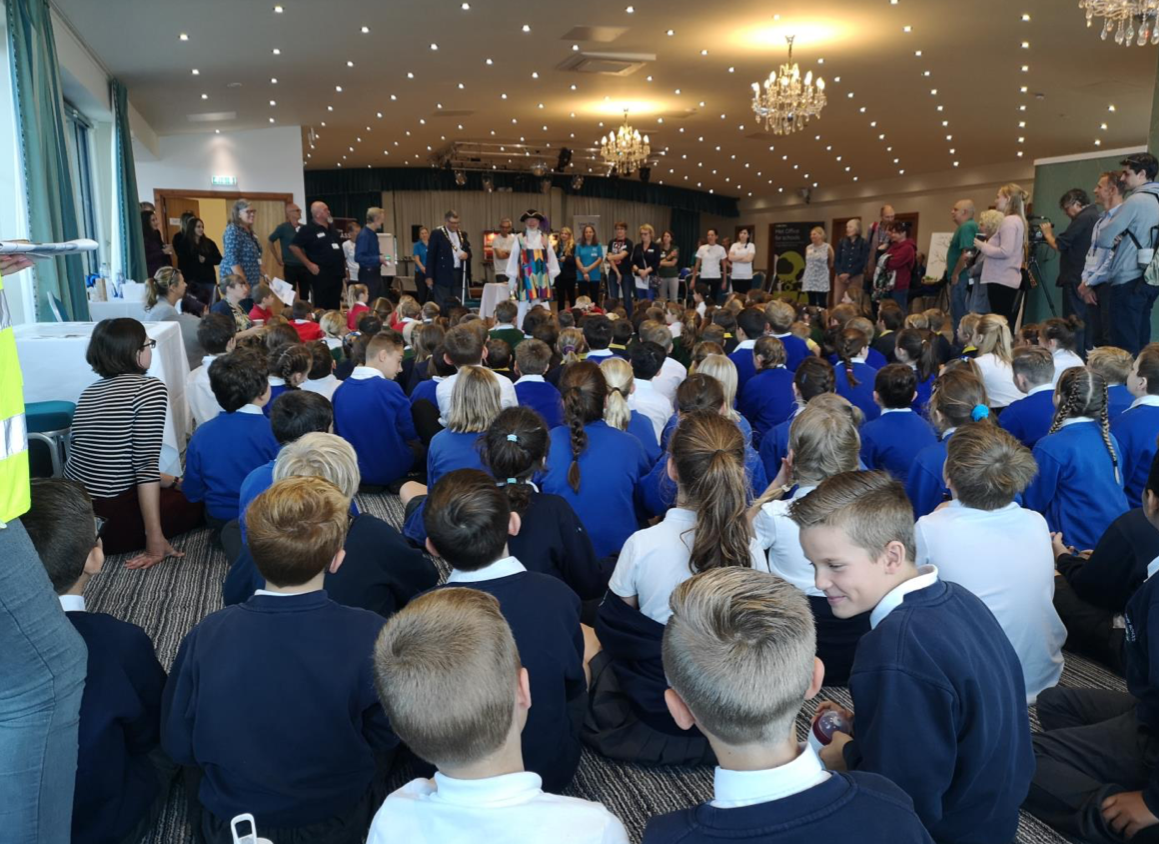 Scenes from the environment schools conference in Exmouth.

The event took place at Ocean on September 25.

It was organised by Exmouth Town Council as part of its work to reducing single-use plastic waste and the community’s carbon footprint.

At the end of the event, pupils spent time thinking about what they had learned and what they can do to help protect their environment by writing pledges on postcards.

One of the messages was: “I will create a wildflower area in my garden to attract the bees.”

Another stated: “I will pick up litter to prevent our sea from being polluted.”

“I will pick up dog poo to protect our open space,” said one youngster.

Mayor Councillor Steve Gazzard said: “On behalf of Exmouth Town Council, I would like to thank all the workshop providers for their input to the day, as well as all the schools for taking part, Dartline for providing transport and Ocean for hosting the conference.”

Feedback on the event was summed up by St Joseph’s Primary School, said: “Thank you so much for organising the conference. Our children really enjoyed it and learnt a lot!

“They were quite taken with the idea that we have a habitat rarer than rainforest on our doorstep. So, definitely worth it.”