City centre facility featuring swimming pool, gym, spa, café and children’s soft play area will be one of the most energy efficient in the world and a UK first

St Sidwell’s Point is being built at the city’s bus station site and will be one of the world’s most eco-friendly facilities of its kind.

A brand-new bus station with modern facilities will also be created as part of the £51.8million project. 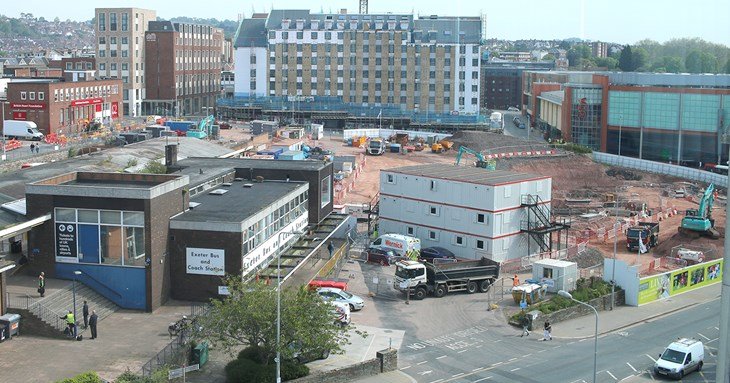 The site of Exeter’s new bus station and St Sidwell’s Point in the city centre.

Crane tower to be installed

Work on the Exeter Bus Station redevelopment started in January and has involved the main site footprint and progression of the substructure of the building.

The contractor’s long-term site cabins and offices are also now on site and the main tower crane will be installed at the end of May.

St Sidwell’s Point is expected to open in around two years.

The state-of-the-art facility will feature: 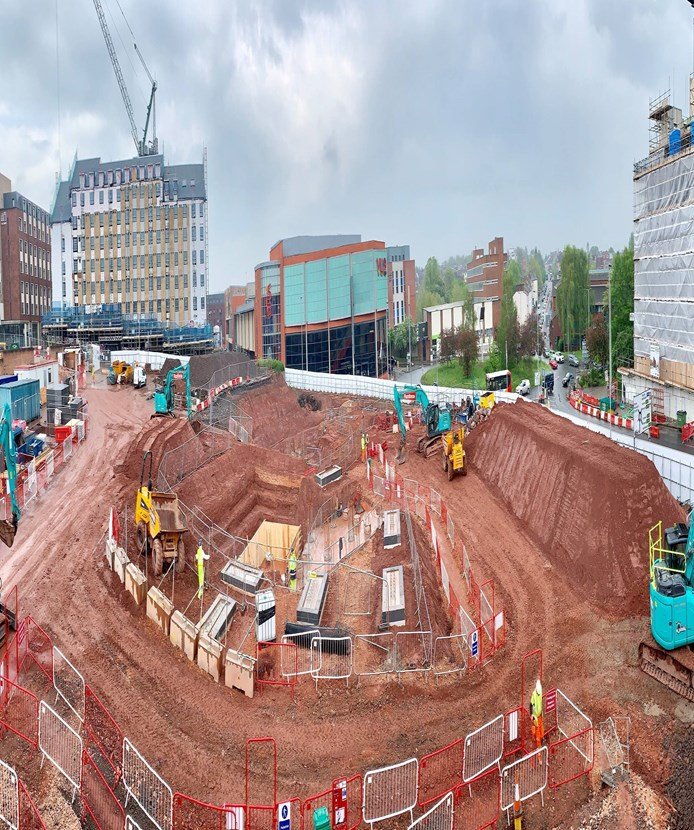 The site of Exeter’s new bus station and St Sidwell’s Point in the city centre.

A spokesperson for Exeter City Council, which is funding the Exeter Bus Station redevelopment, said: “The first phase of installing concrete piles to support the new structure and take the weight down to the existing bedrock below ground have been completed.

“Work is continuing on the reinforced pile caps and ground beams which form the base on which the main building structure will be built.

“Drainage below the slabs will be installed as well as insulation, prior to pouring concrete for the slabs and retaining structure.”

Best water quality in the country

The spokesperson added: “Building St Sidwell’s Point in this way will help it to become one of the world’s most energy-efficient leisure centres.

“The water quality at St Sidwell’s Point is also expected to be better than at any other pool in the country.

“A special filtration system will mean there will be minimal chemical content, which will greatly enhance the experience for users.

“The new Exeter Bus Station will include covered waiting and boarding areas and high-quality facilities. It will replace the current station, which was opened in 1964.”