Thursday, August 11
Trending
You are at:Home»News»Honiton»BBC’s Bargain Hunt hits Honiton – and you only have to wait a week to watch!

An auction house in Honiton will next week feature on the popular BBC1 television show Bargain Hunt.

The first show featuring the winners and losers at Honiton is due to air on Friday, July 8 – but until then, the auction house team is remaining tight-lipped about the outcome.

Further shows filmed on the day at the Honiton High Street auction house will be broadcast at a later date.

Liz Chilcott, saleroom manager, said: “Our lips are sealed as to the success or otherwise of the items that were auctioned.

“We didn’t know how much each item cost the contestants, so we’re as much in the dark as everyone else – all will be revealed when the programmes air.”

In the show Mary Chilcott, who at 19 years old is thought to be one of the youngest female auctioneers in the country, was interviewed by presenter Natasha Raskin Sharp – after the teenager was spotted by the TV team running an online sale. 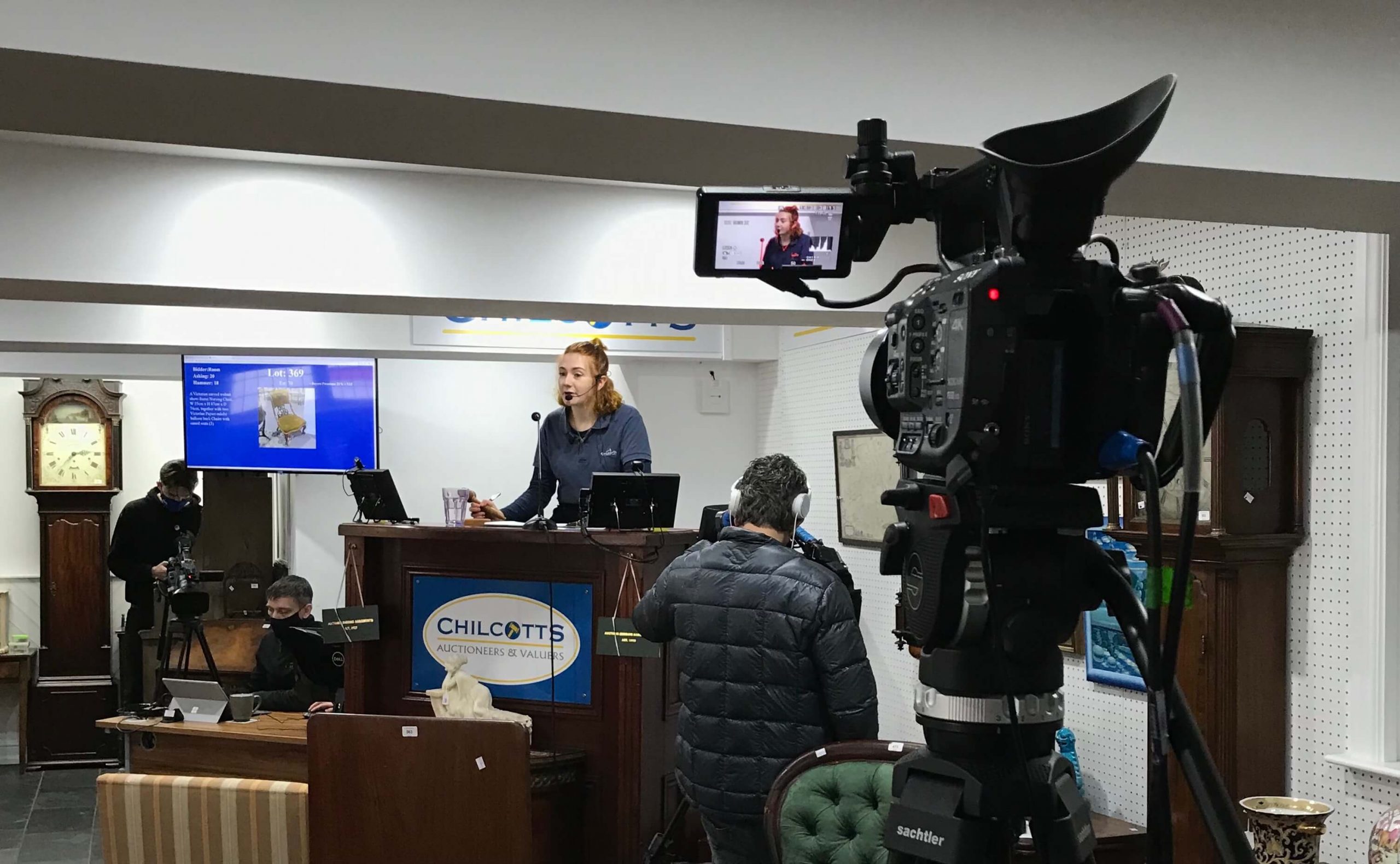 The filming included following the contestants to an antiques’ emporium in Devon, where the red and blue team members received £300 to spend on three items to auction, plus the option to sell their expert’s ‘bonus’ choice.

The auction items were taken along to Honiton, where Mary Chilcott, also a cataloguer and saleroom assistant, brought down the gavel on the team’s treasures.

While the Bargain Hunt production team and programme presenter were in the sale room for the auction, Covid protocols in force at the time meant the contestants were based in a hotel in Exeter, taking part via a special live-stream link.

Liz Chilcott said: “We treated the items exactly as normal auction lots – and they were sold to the highest bidder, even if it was at a loss.

“This is of course all part of show’s charm, finding out whether the teams have unearthed a bargain or a dud.”

She added: “We are very proud of Mary who was interviewed by Natasha and did a sterling job as auctioneer.”