The Bisexual Flag flew at East Devon council’s headquarters this week in a bid to help combat homophobia.

East Devon District Council said it was ‘proud’ to fly the flag from its offices at Honiton on Wednesday (September 23) to coincide with Bi Visibility Day 2020, an annual celebration of bisexuality.

Councillor Luke Jeffery, who proposed the council fly the flag outside Blackdown House, said the move sent a clear message of support to the bisexual community.

Cllr Jeffery said: “I was delighted to see the Bi Flag flown on Wednesday outside of Blackdown House to mark Bi Visibility Day.

“As an openly Bi councillor I wanted to do something to help draw attention to the specific challenges faced by the Bi community.

“By flying the flag, and including specific training on those challenges in equalities training, I believe the council is sending a clear message of support to our Bi community locally.” 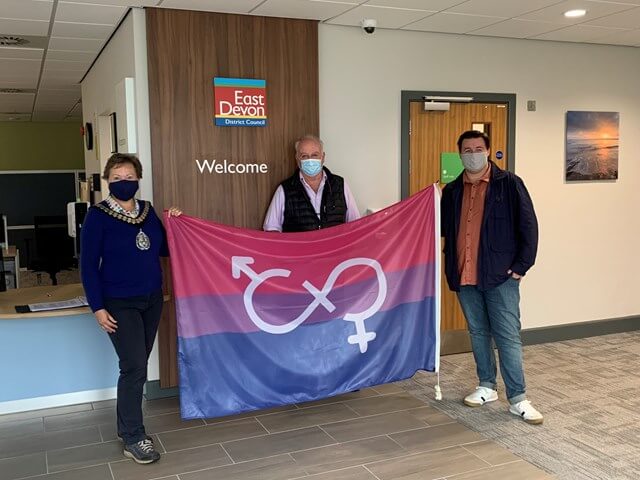 The council agreed at its full meeting in August to annually mark Bi Visibility Day in a bid to ‘help combat bi-phobia in our community’.