A main roundabout could be given a maritime makeover – with a trio of eight-feet-high steel sculptures – in a bid to net Exmouth national glory.

The ambitious vision for the Parade has been proposed with the town set to represent the South West in the Britain in Bloom contest this summer.

Exmouth in Bloom says it hopes to create something ‘really spectacular’ – and has called on the community to support the scheme.

Time is running by to get this project off the ground. We are working really hard to do something really spectacular – Marion Drew of Exmouth in Bloom

A planning application has been submitted for the three ‘seaweed and fish’ sculptures on the roundabout, which links the Parade, Imperial Way and Rolle Street, outside the Powder Monkey pub.

Marion Drew, vice-chairman of Exmouth in Bloom, told eastdevonnews.co.uk: “We just think it will be a lovely approach between the station area and The Strand.

“Our idea is for an ambitious project for our entry, representing the South West in the national Britain in Bloom competition this summer.

“The idea is to have some eight-feet-high steel structures made to be installed in the roundabout in front of the Powder Monkey pub, to really enhance the entranceway to The Strand.

“The structures will be see-through and will represent seaweed, with fish welded on…swimming in the weed! 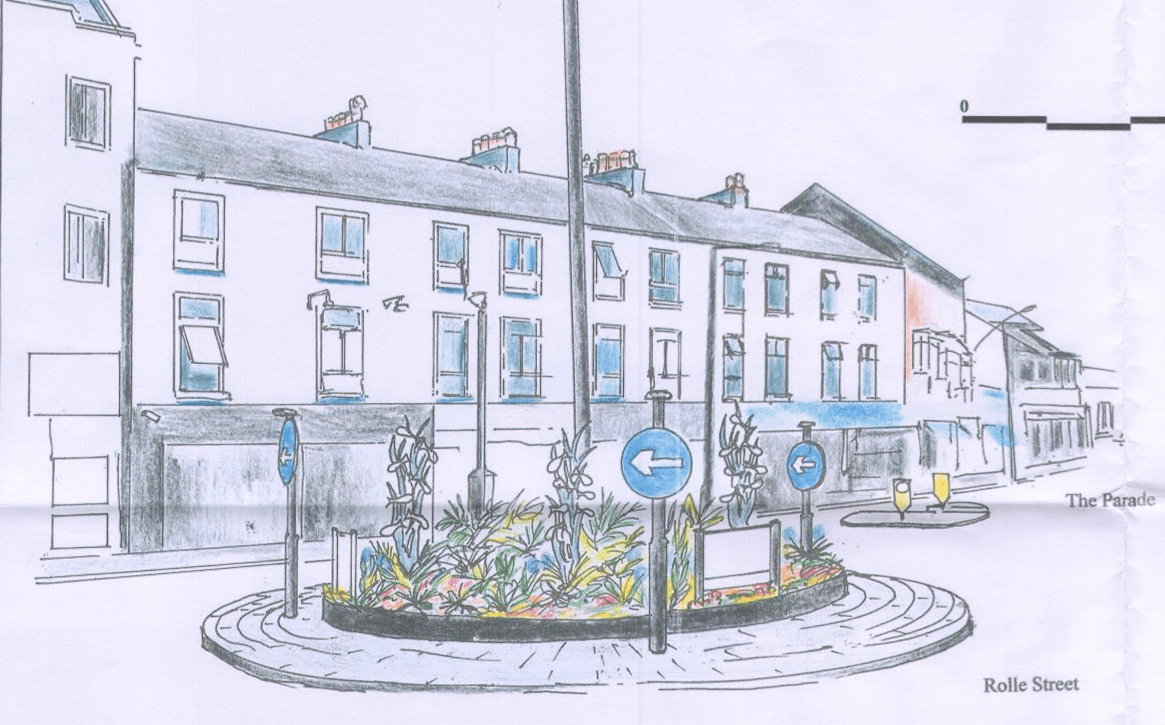 An artist’s impression of the proposed sculptures on the roundabout in The Parade in the planning application. Image: Exmouth Town Council/Exmouth in Bloom 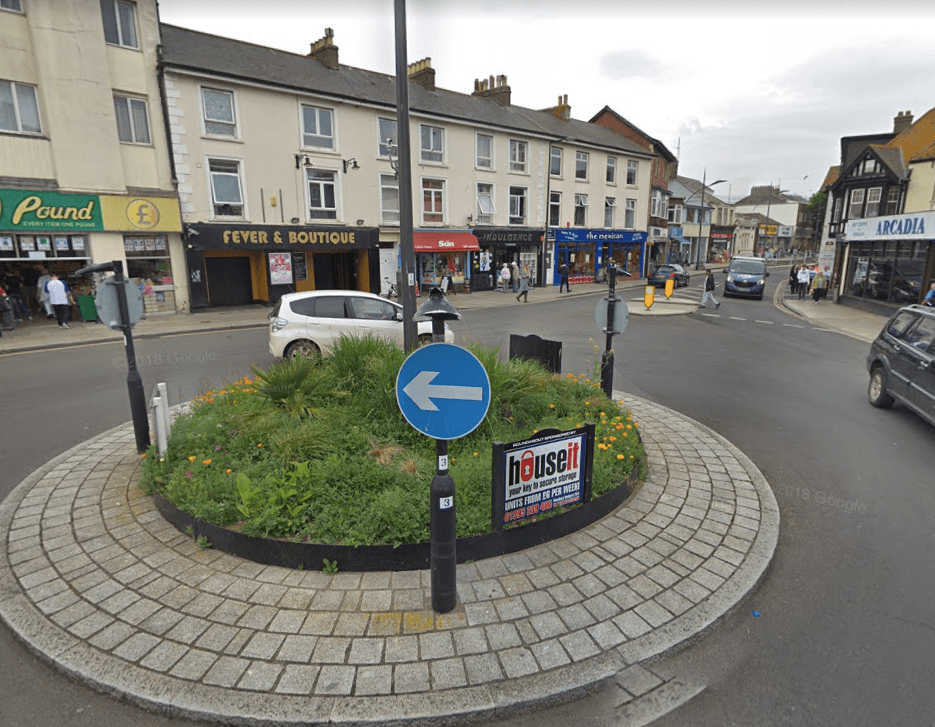 The roundabout, which links Imperial Road, the Parade and Rolle Street, pictured in 2018. Image: Google Maps

“The roundabout planting will be changed to give a marine feel to the whole project.

“All the plants on the roundabout are going to be rehomed.

“There’s going to be a boat and some sort of beach-like flooring; it’s not going to be sand. It’s going to have a whole maritime look to it.

“We really want support to say what a great idea it will be for Exmouth.

“It will be something that people will take photographs of from the pavement. They don’t need to go across to it.

“They [the sculptures]will be see-through, so the traffic’s not going to be compromised.

“We have gone through all this with highways and Devon County Council.

“All the people who live in that area are going to be notified.”

She added: “Everything that Exmouth in Bloom does is for the community of Exmouth – we don’t do anything for ourselves personally.

“Time is running by to get this project off the ground. We are working really hard to do something really spectacular.

“We want to do something that will benefit the community and the visitors that come to Exmouth, because they are the ones that make the town thrive.”

Marion said there will be three sculptures ‘if possible and affordable’.

She added that the project will not be costed until it bags planning permission. 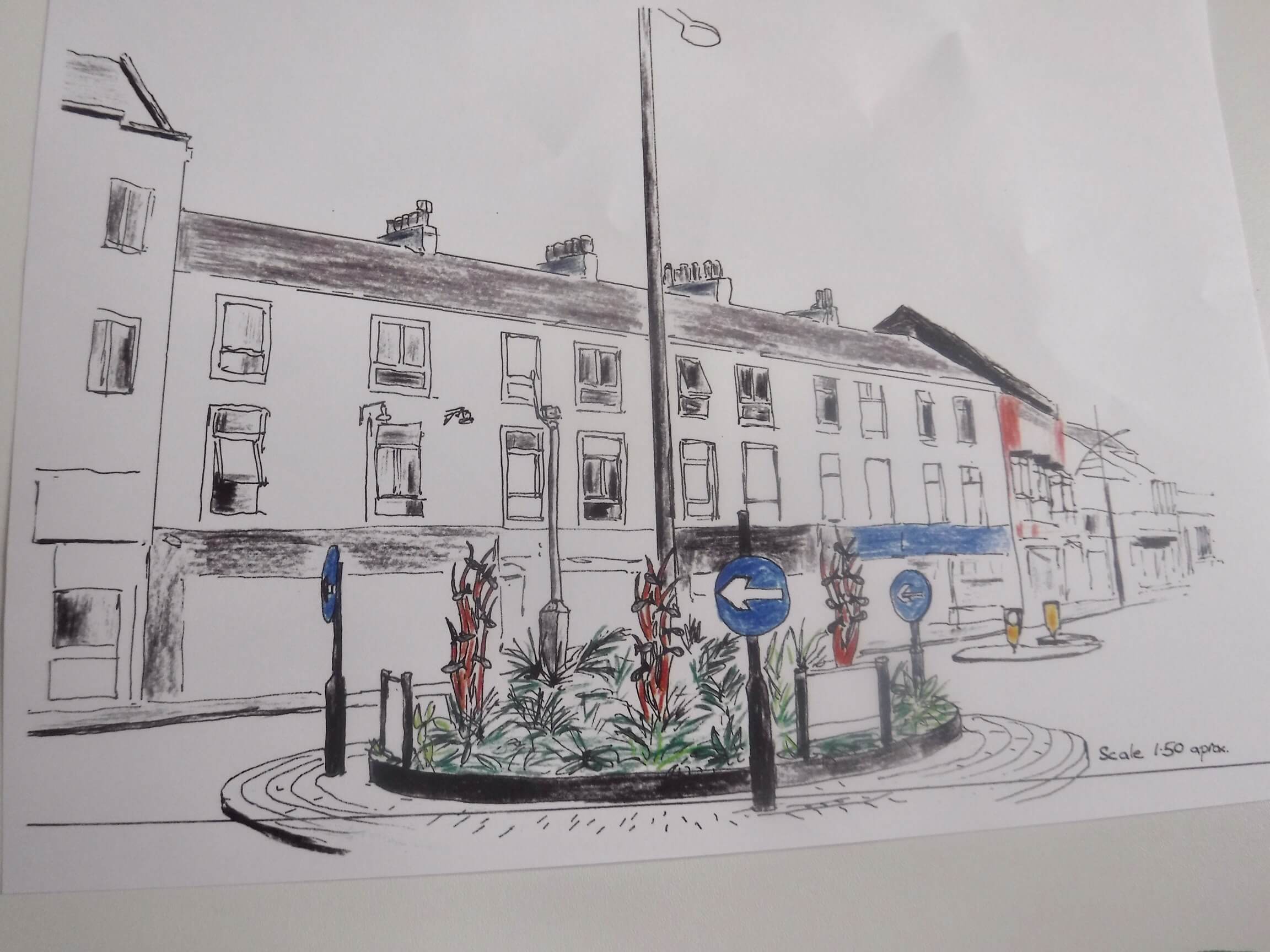 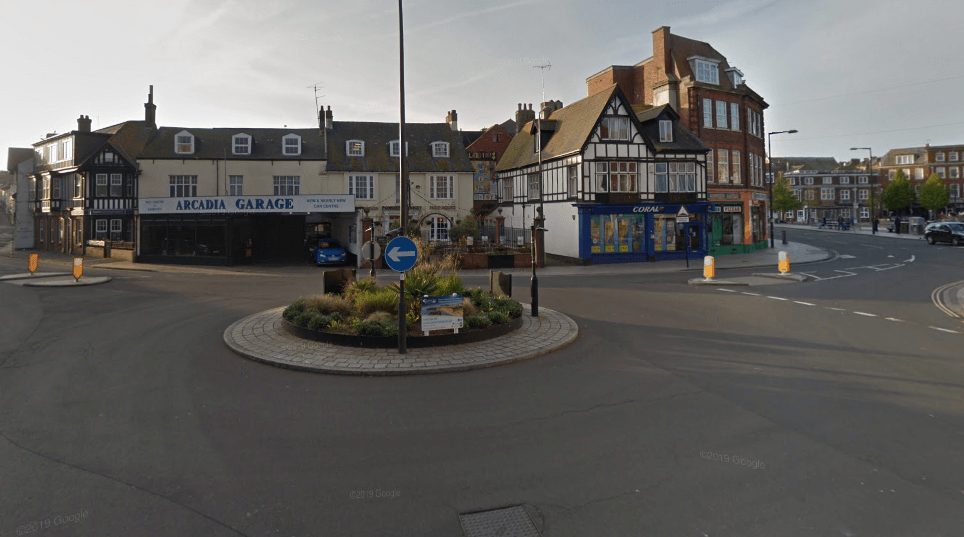 Exmouth Town Council has submitted the proposals on Exmouth in Bloom’s behalf.

Marion added: “The  vision that we have for this  wonderful project is part of our South West in Bloom and  national Britain in Bloom entries in July and August and is completely subject to planning permission.”

East Devon District Council will decide the fate of the application.