Try your pluck at Darts Farm’s silent auction to win the turkey prepared by Prime Minister Boris Johnson on his campaign visit to East Devon.

Boris’s campaign trail led him to Devon on Thursday and a stop at Darts Farm, Clyst St George, where he was invited by master butcher Alastair David to lend a hand preparing a turkey.

Michael Dart, Darts Farm co-owner, said Boris’s latticed, bacon-covered, oven-ready turkey is now up for grabs and can be won by going into the shop and leaving a bid in a silent auction – with the proceeds going to the Devon Air Ambulance Trust.

Master Butcher Alastair said it had been a ‘great honour’ to spend time with the Prime Minister and joked ‘we can always get him to prepare the birds if it doesn’t go his way’.

He said: “We were so chuffed to have him here and showcase how lovely Devon is. You can’t ask for more.”

After a morning spent talking to schoolchildren in North Devon, Boris spent the afternoon in East Devon at Darts Farm, near Topsham, where he spoke to Michael Dart about the quality of British produce, and the farming industry as a whole.

Boris took a tour of the food hall, met shoppers, and was presented with a hamper and Ruby Red Devon beef, grazed at Topsham on the banks of the River Clyst.

Michael, who runs the family farm and shop with his brothers James and Paul, said: “He asked us what sort of things could be done to help.

“I said I was worried about sub-standard food from abroad and he said he was not going to allow that to happen and would make sure that it was on the same level.

“It’s not every day you get the Prime Minister of your country pop to a local farm shop in Devon and ask what he can do for you.

“It’s a little bit surreal. I am probably going to crack open a bottle of wine and sit by the fire and think ‘did that really happen today?’.” 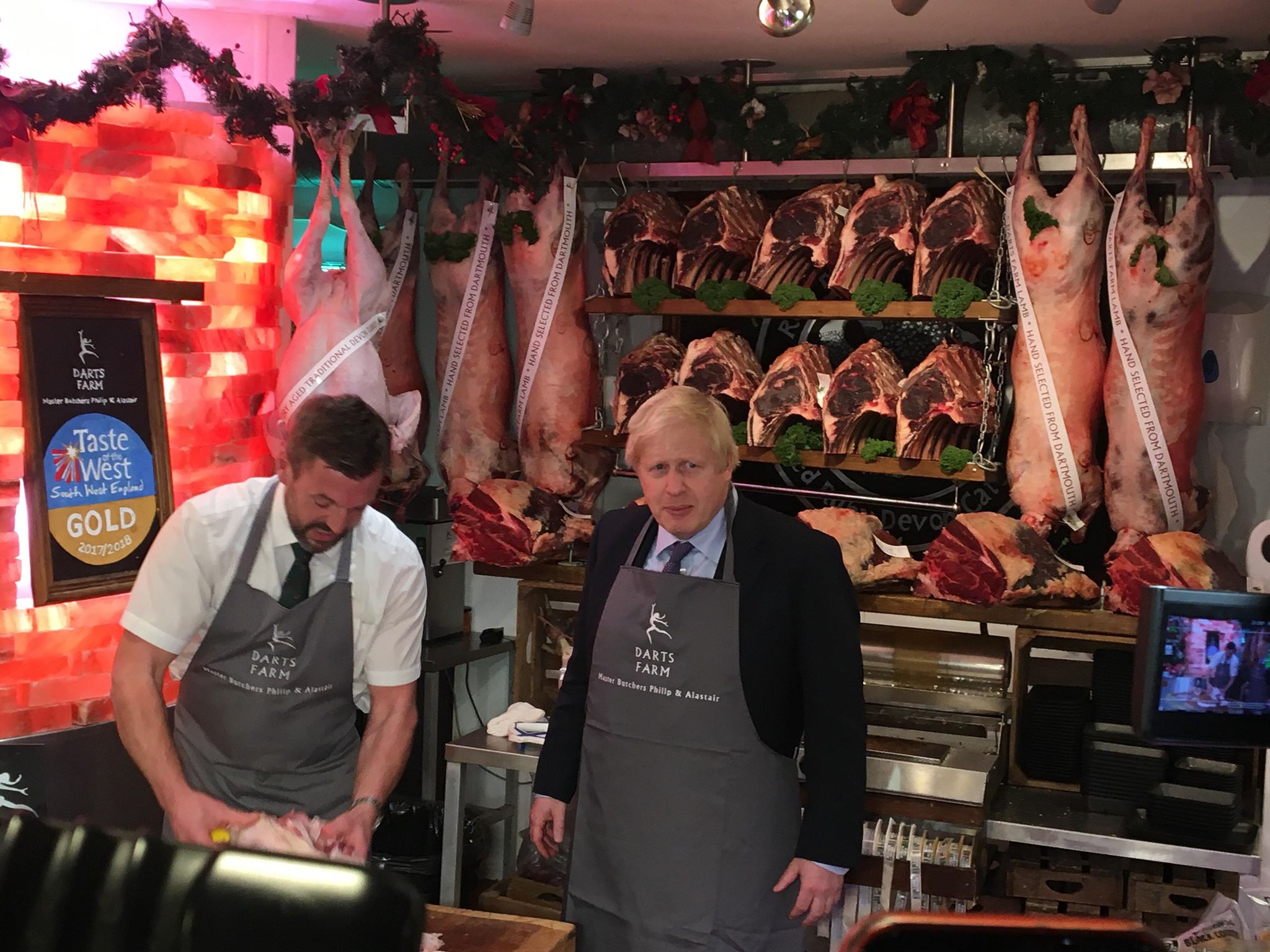 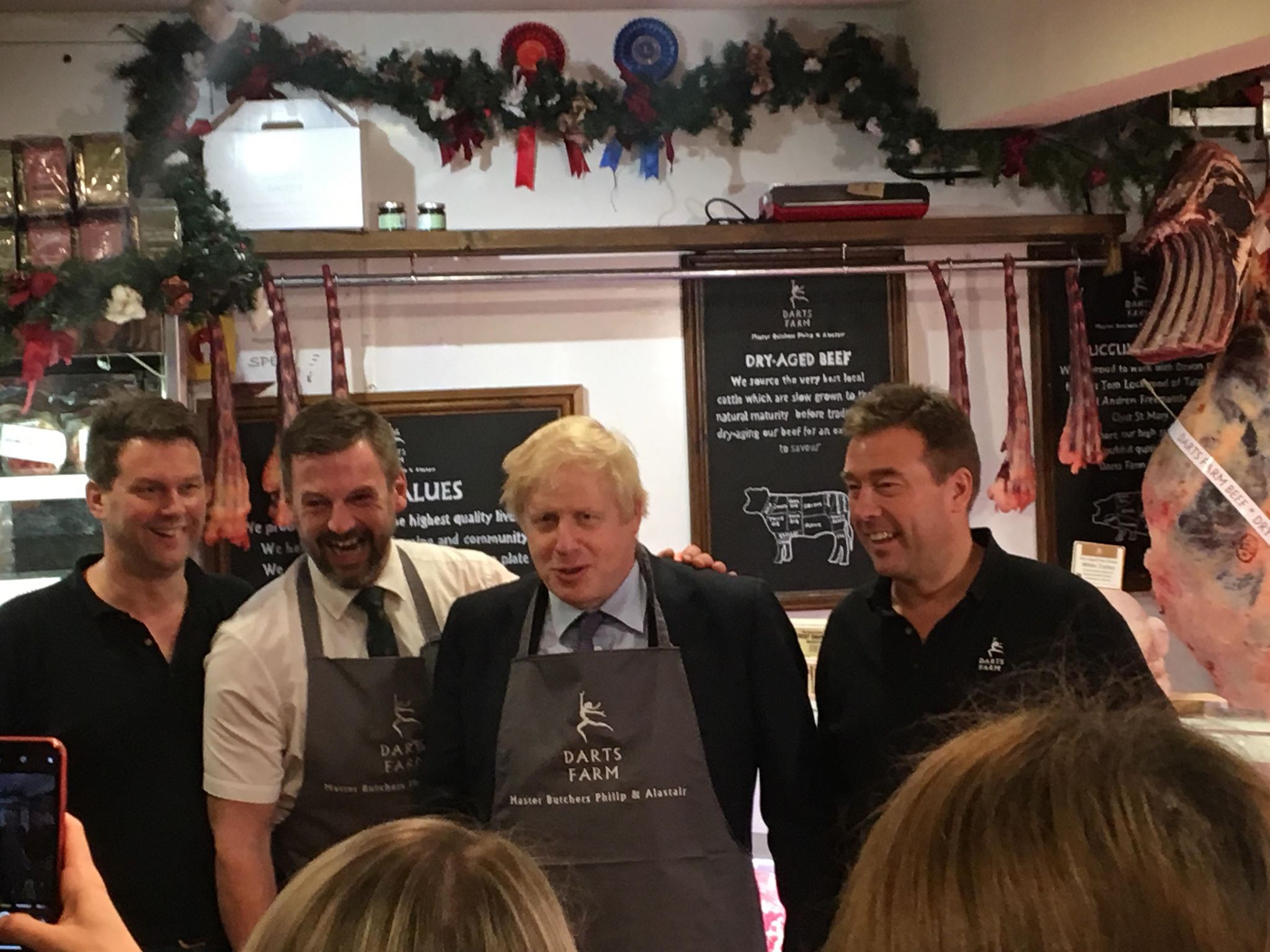 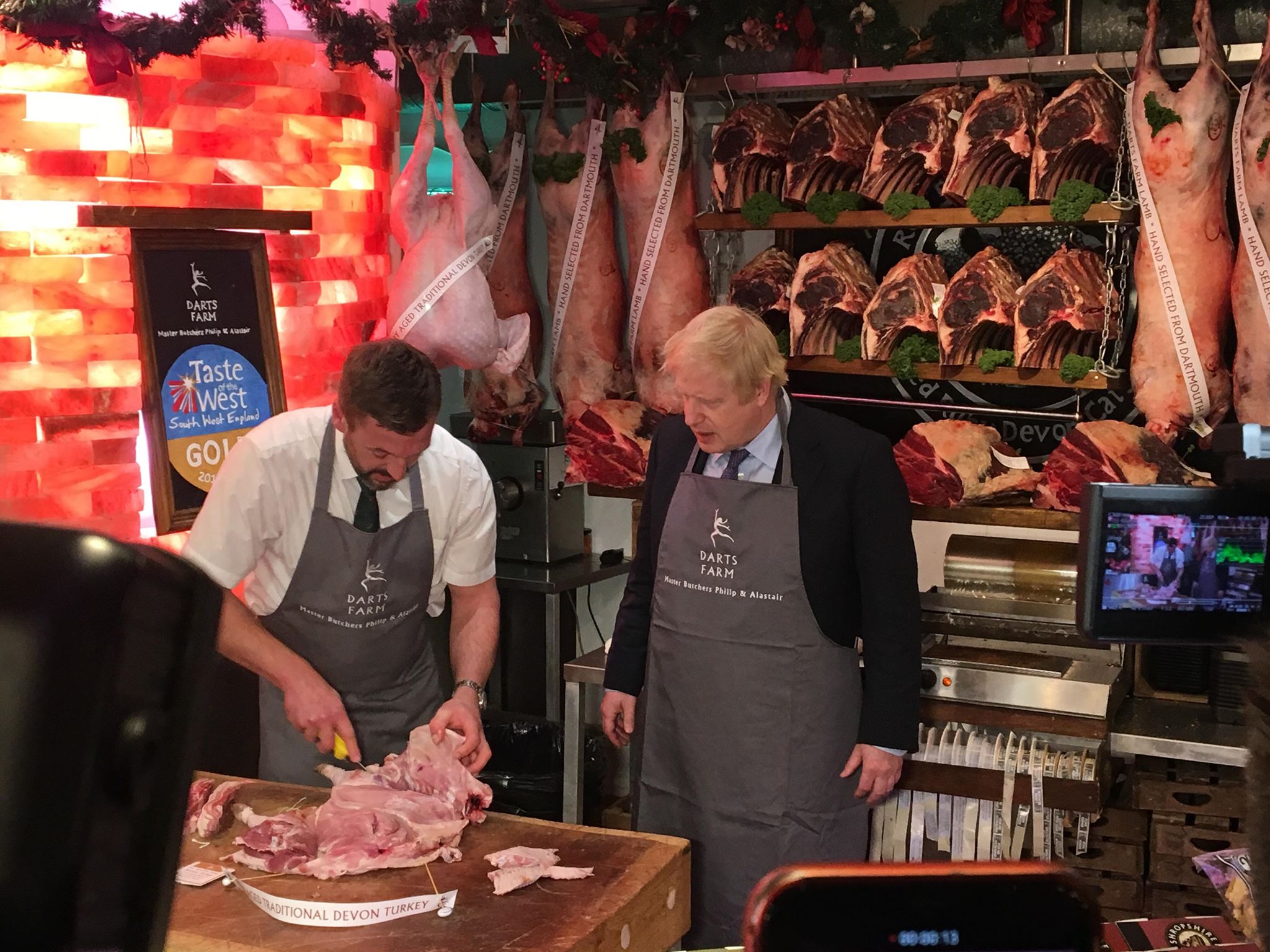 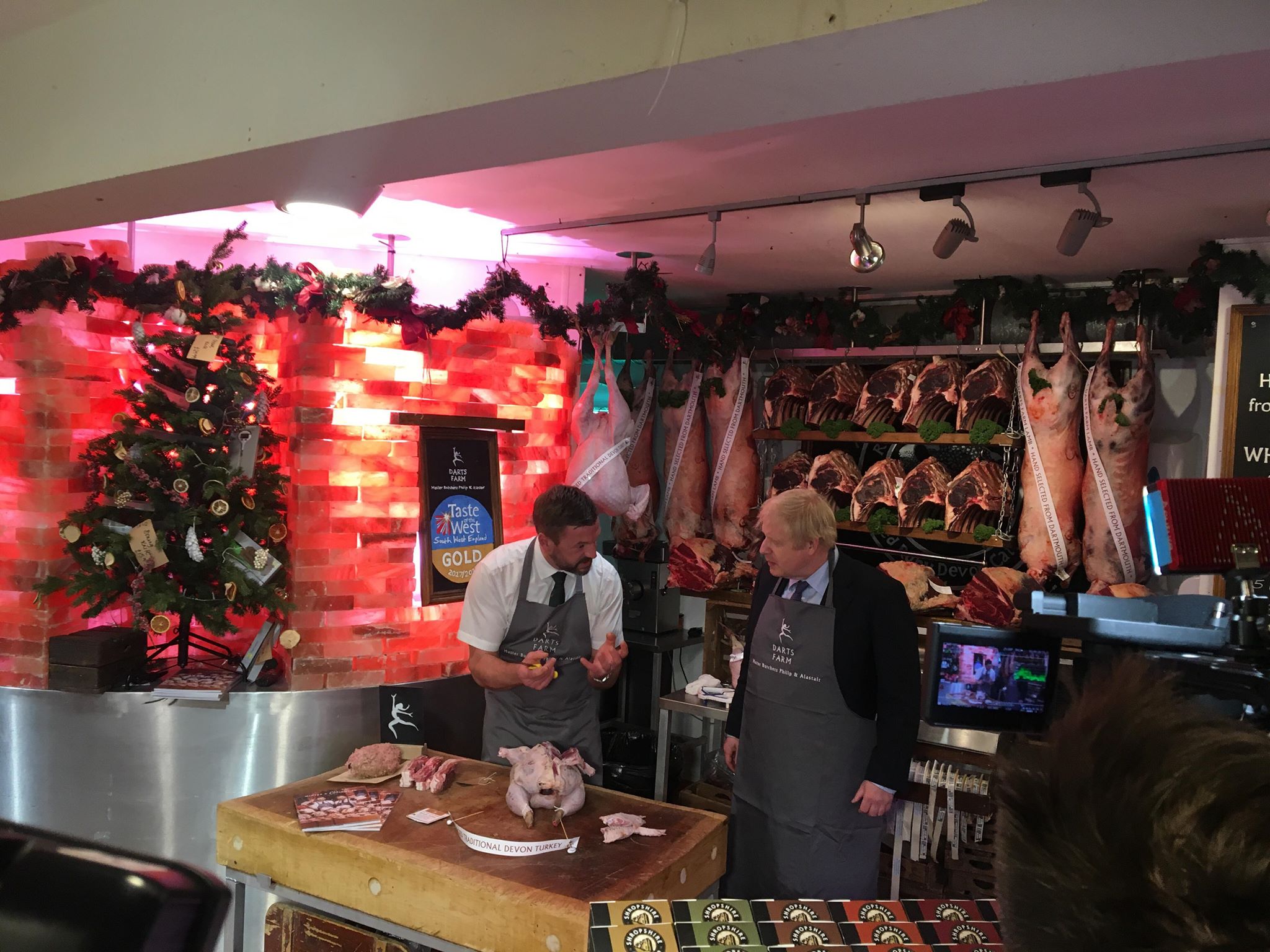 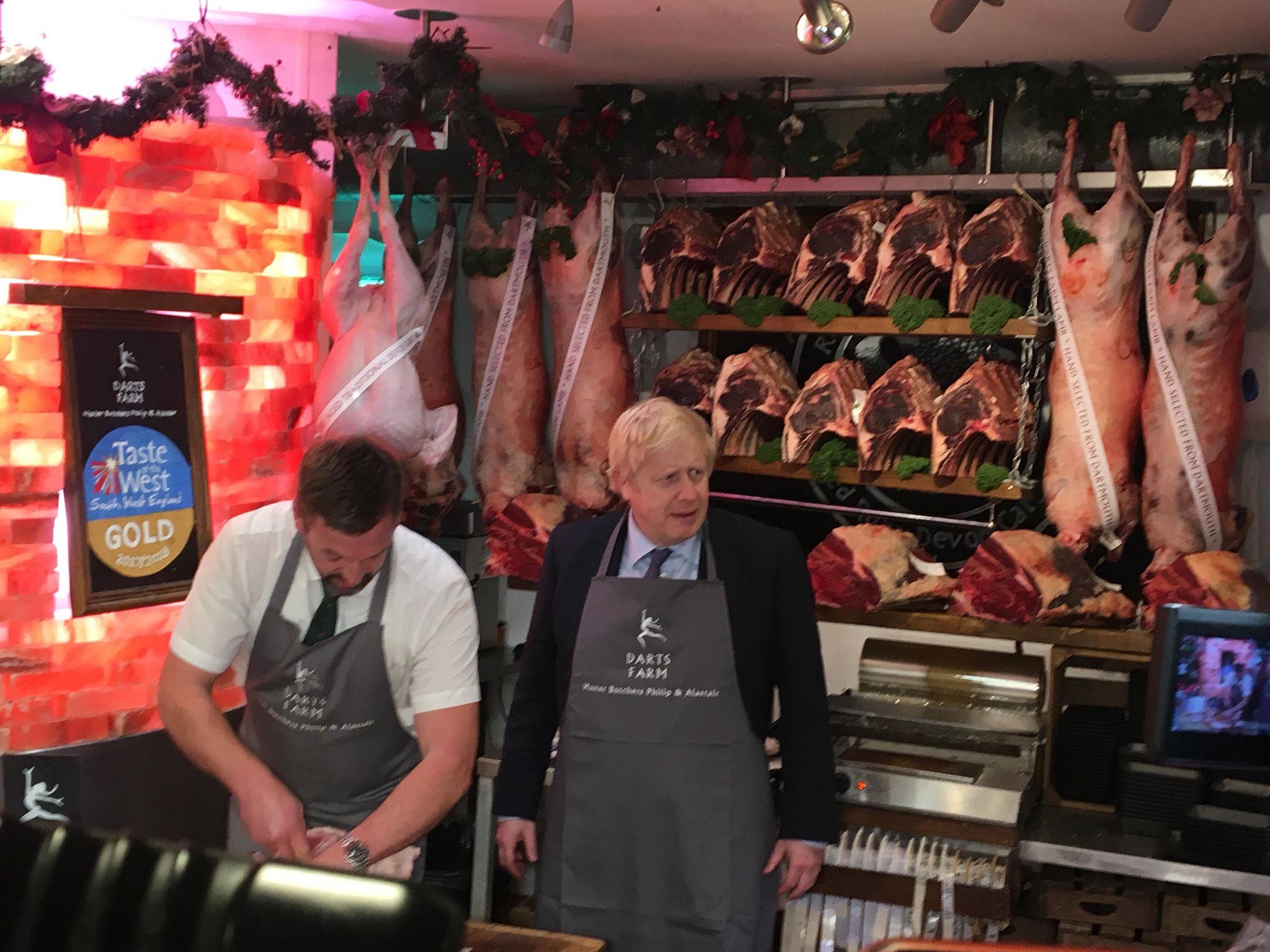 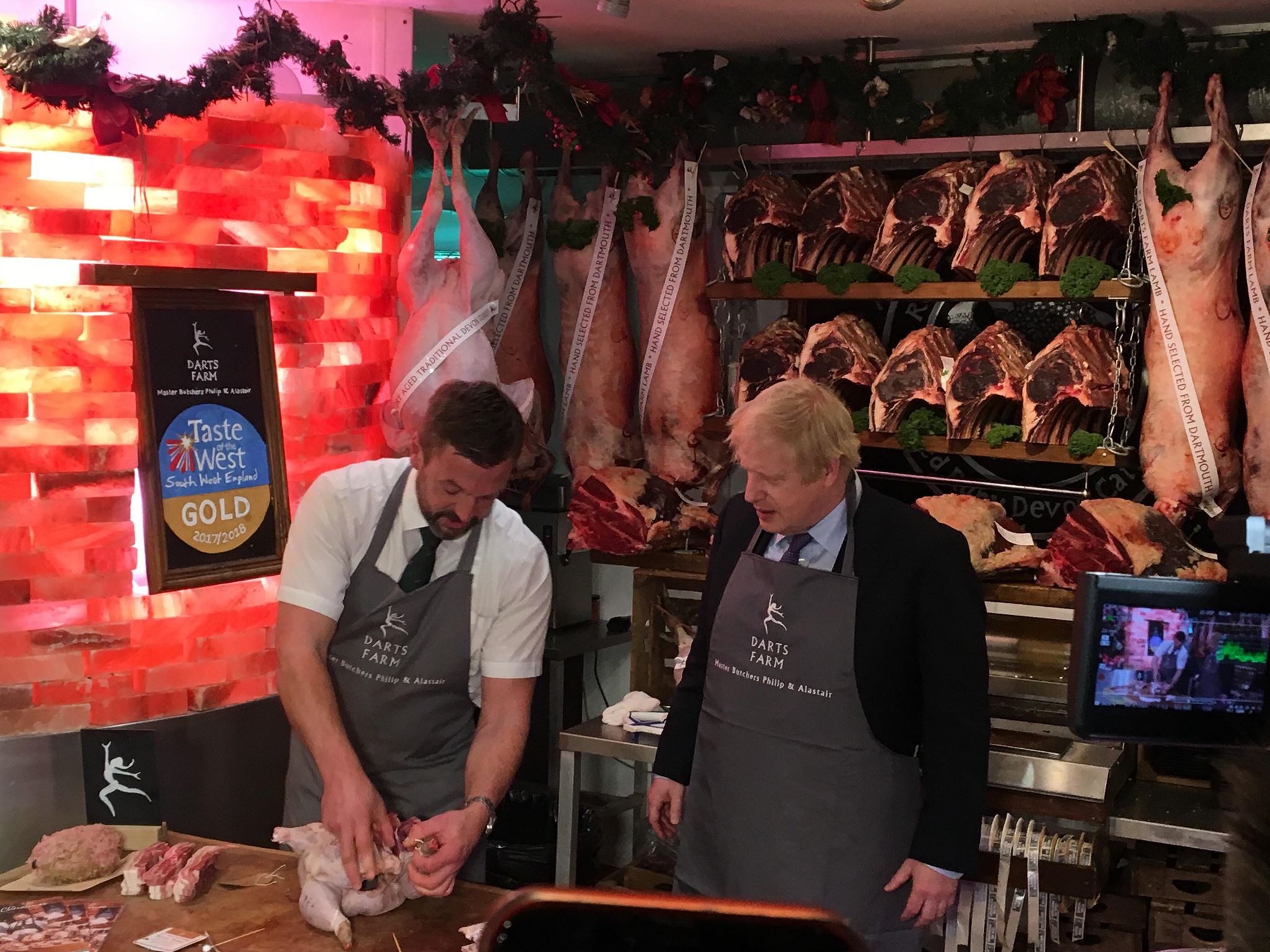 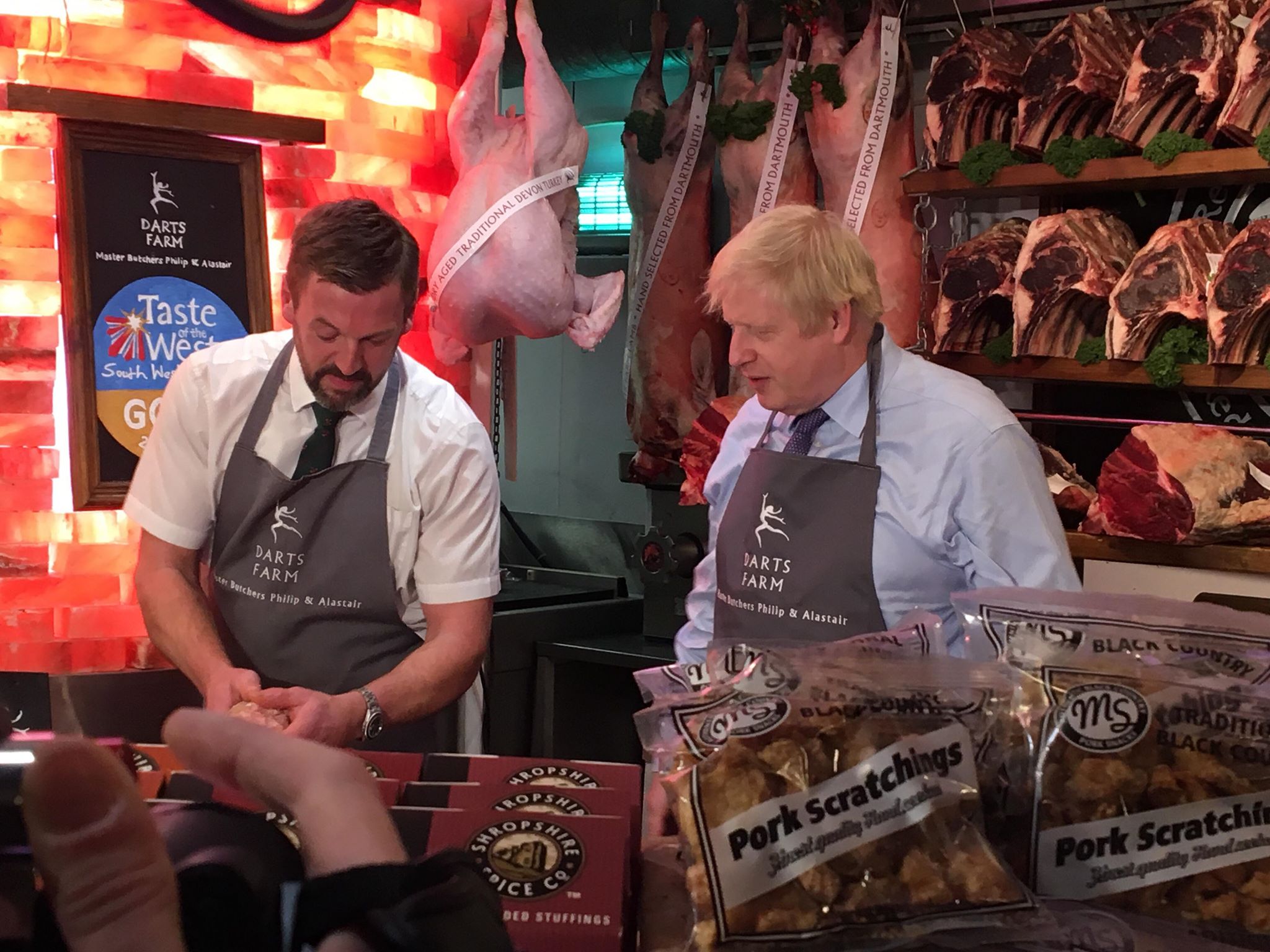 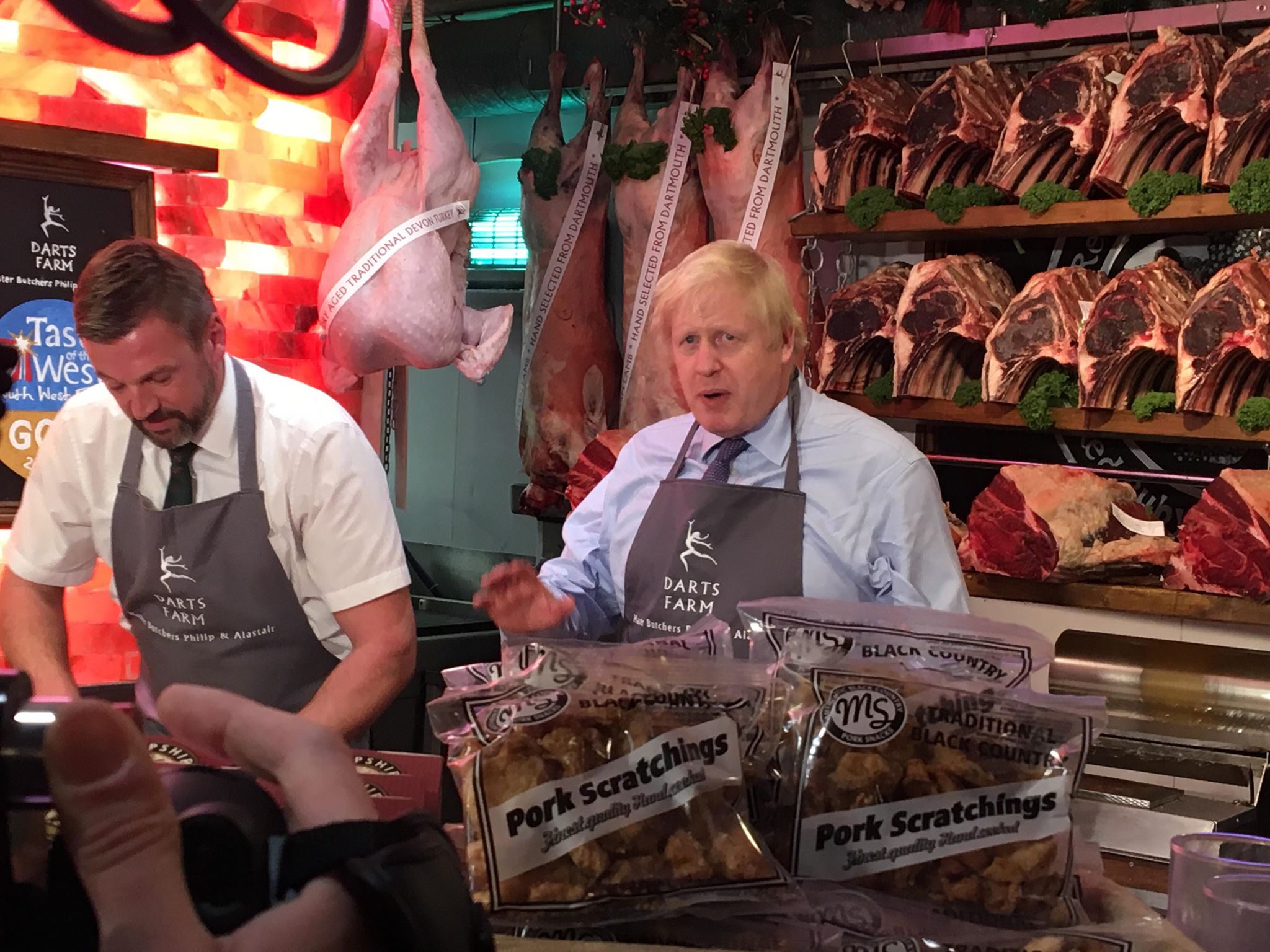 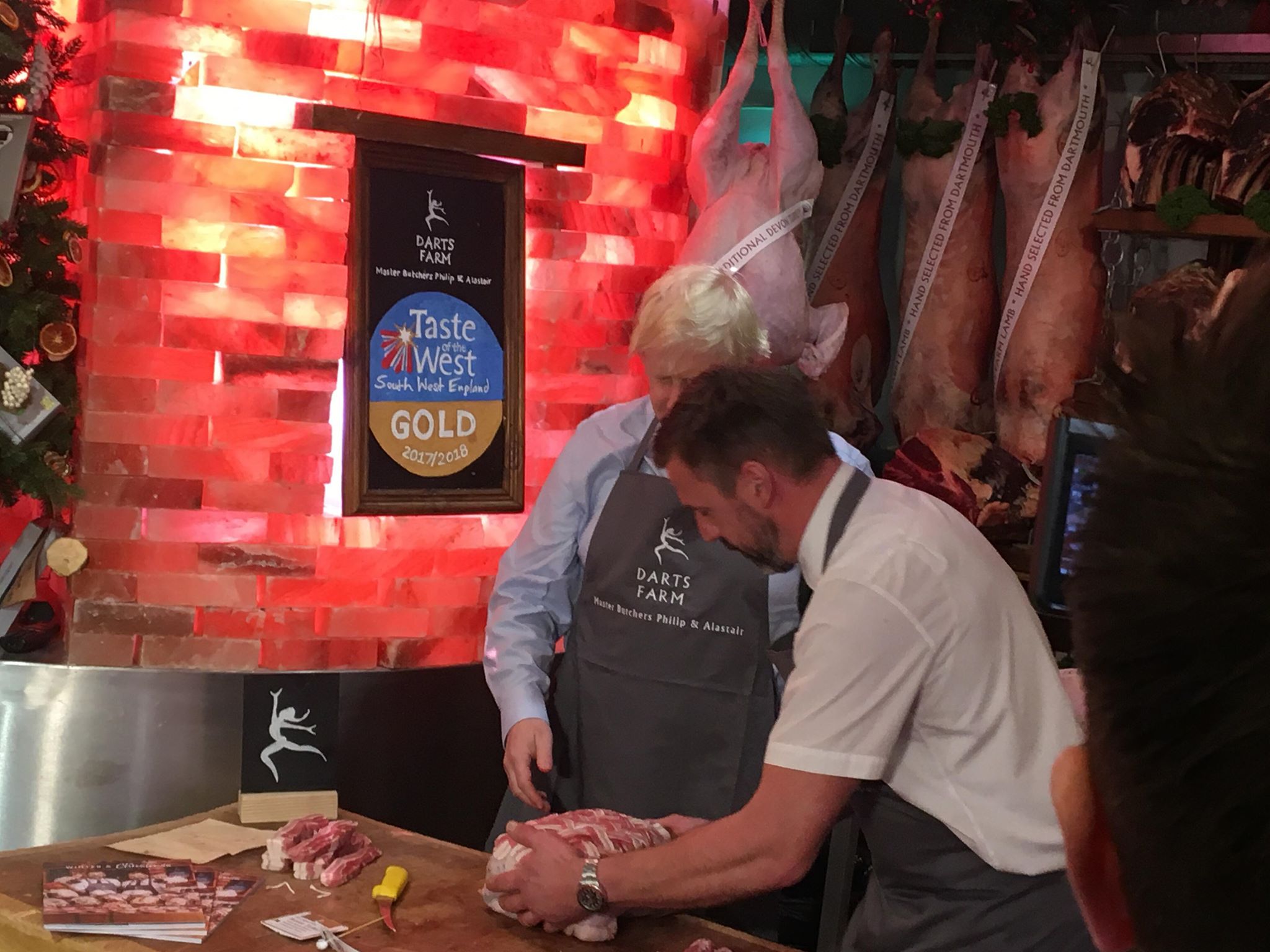 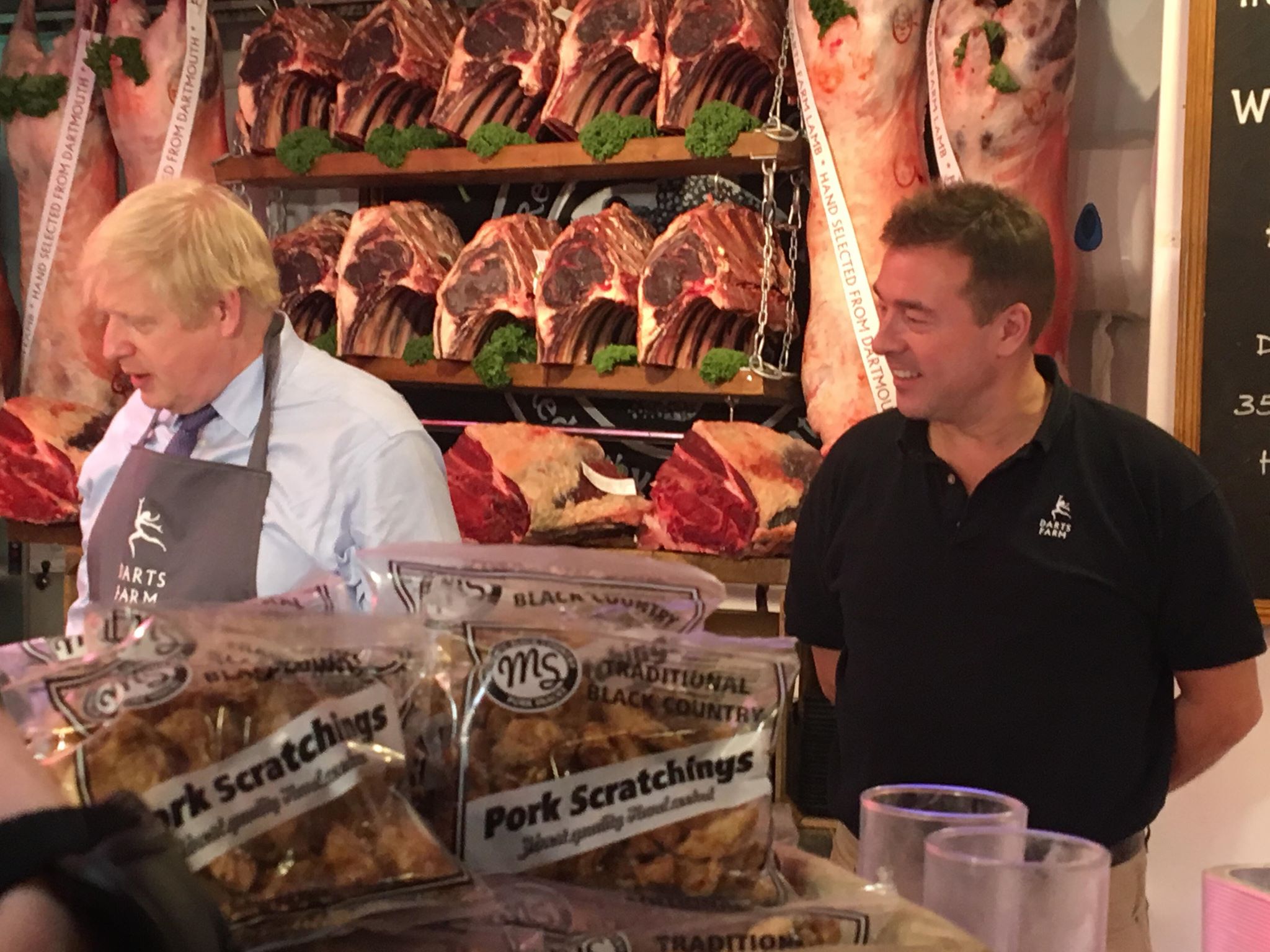 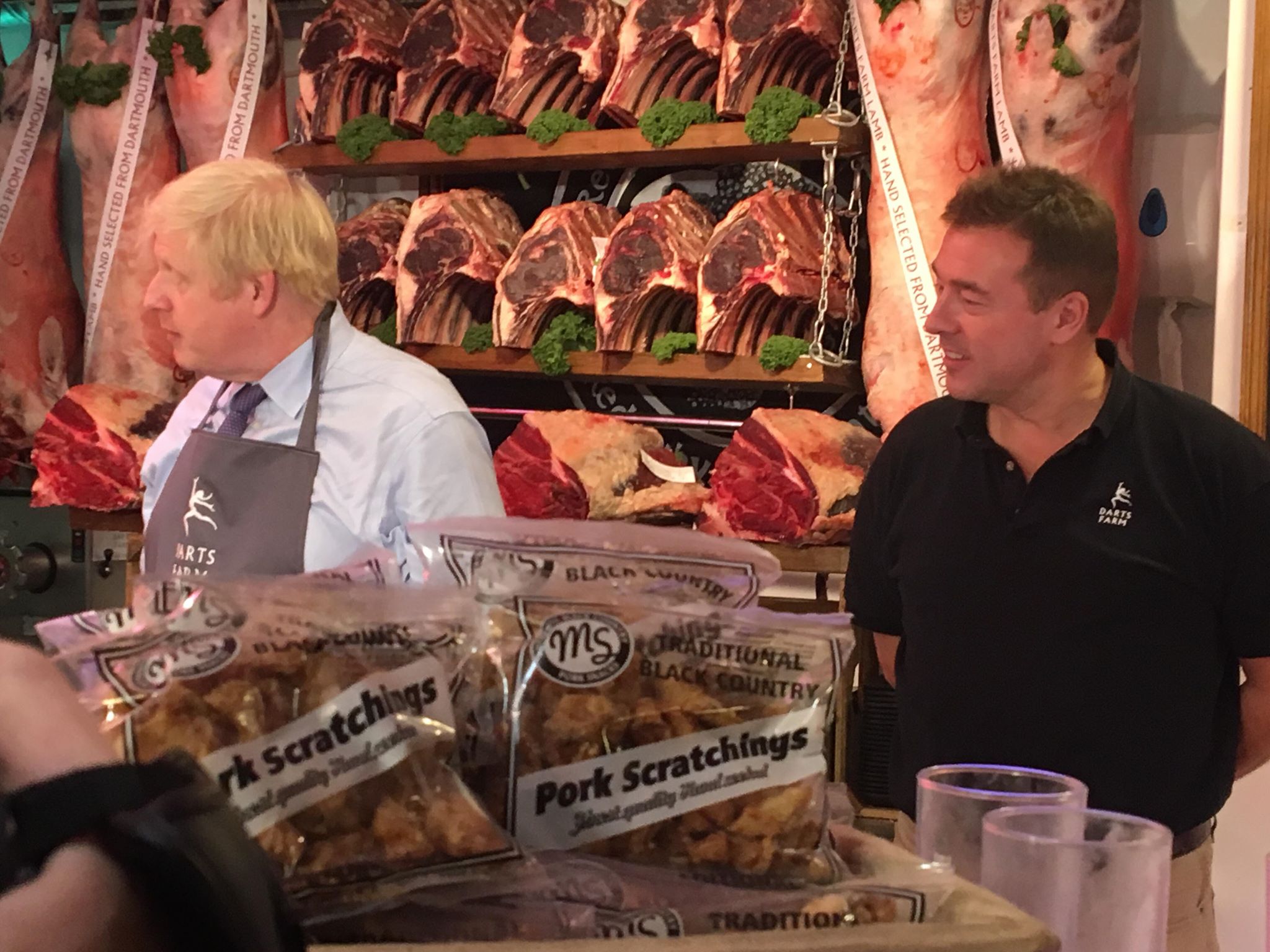 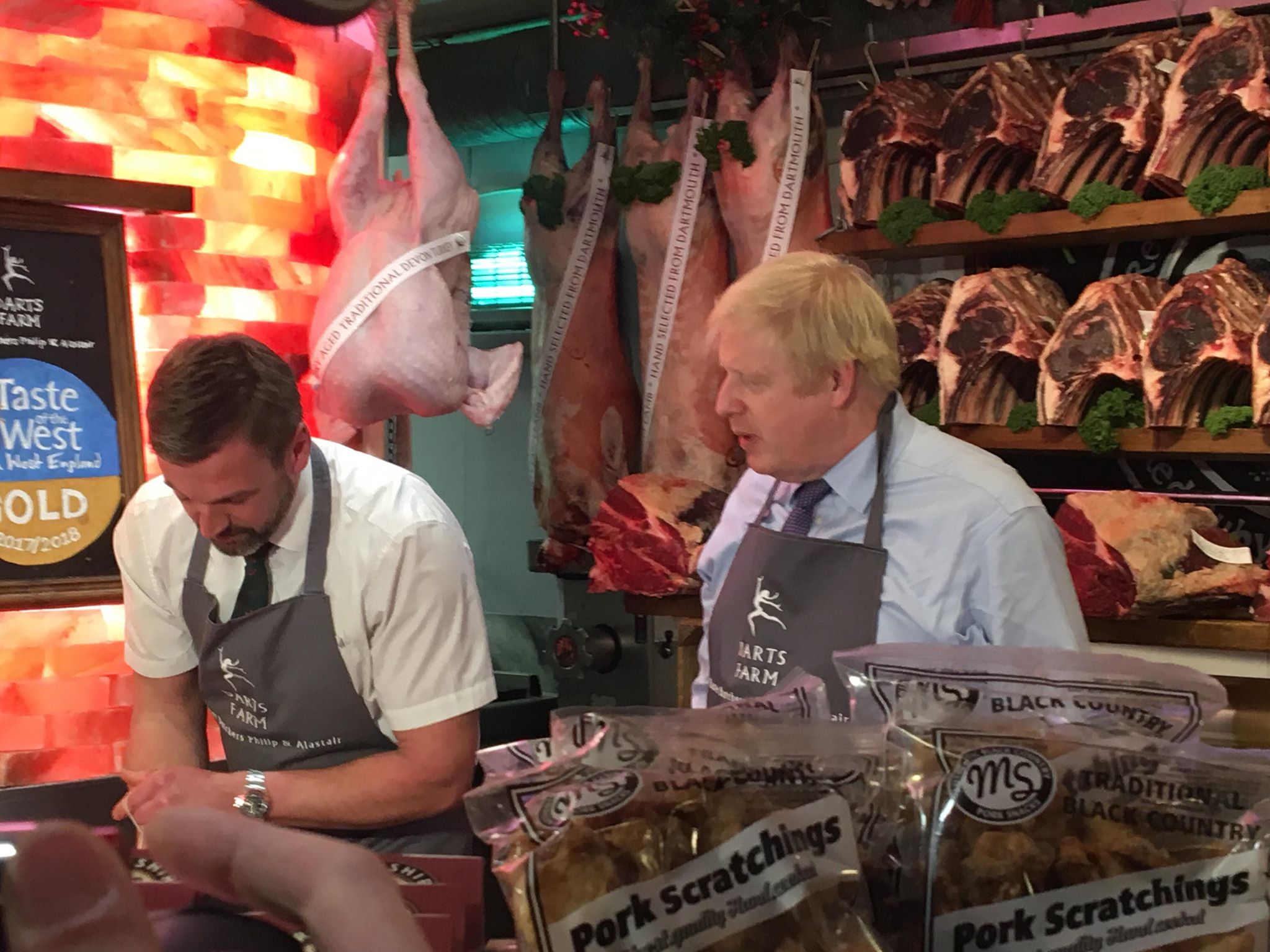 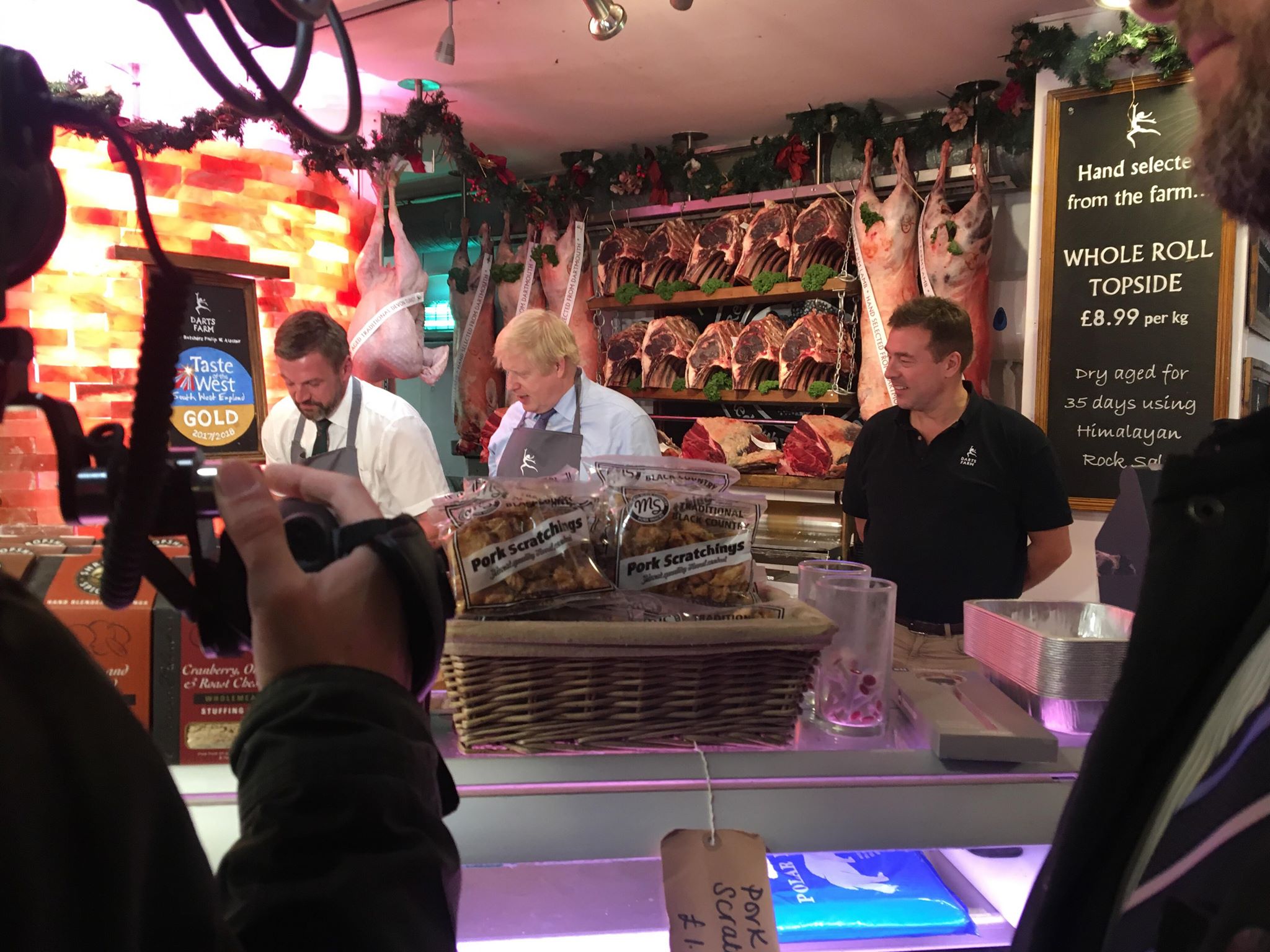 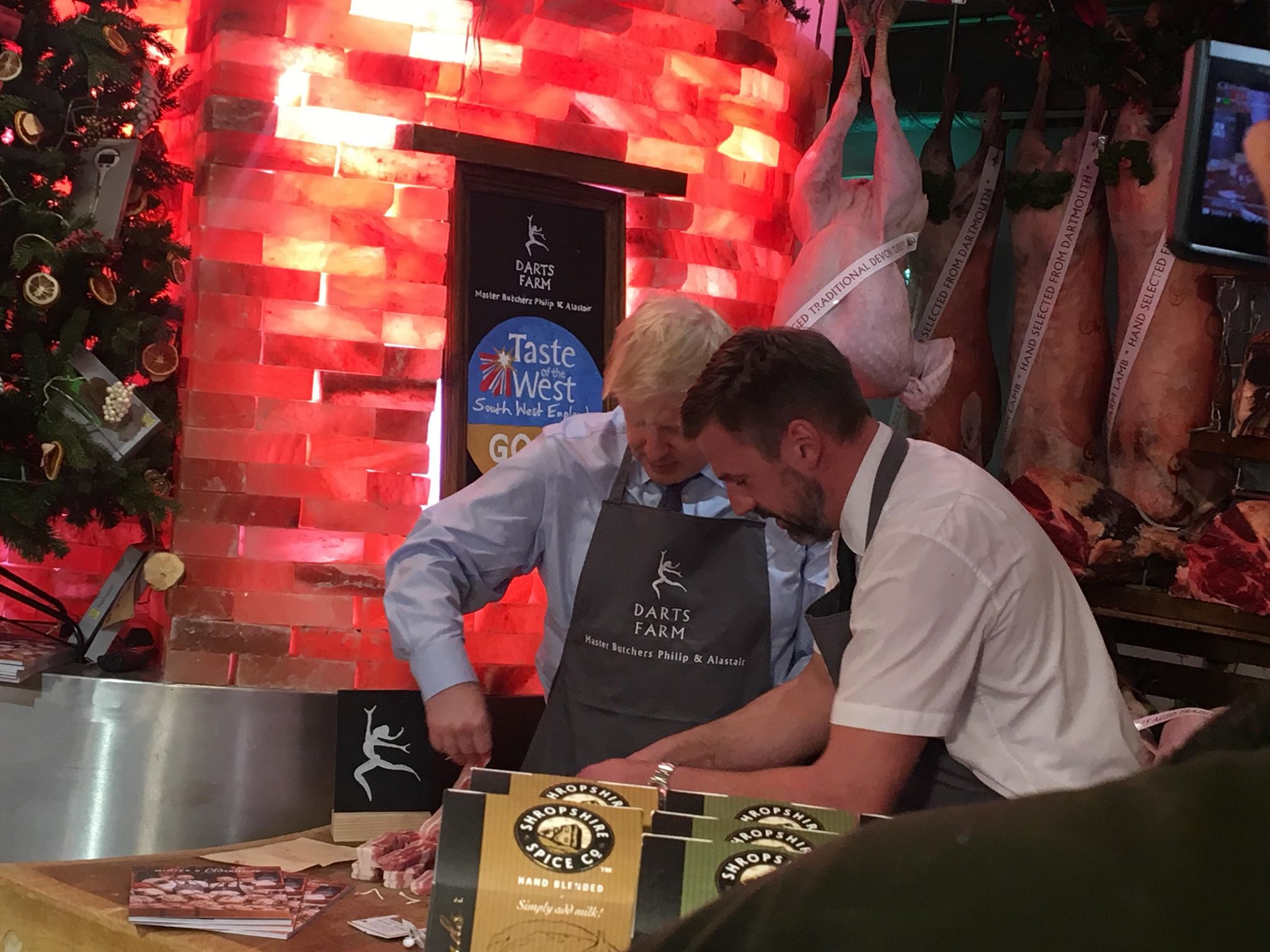 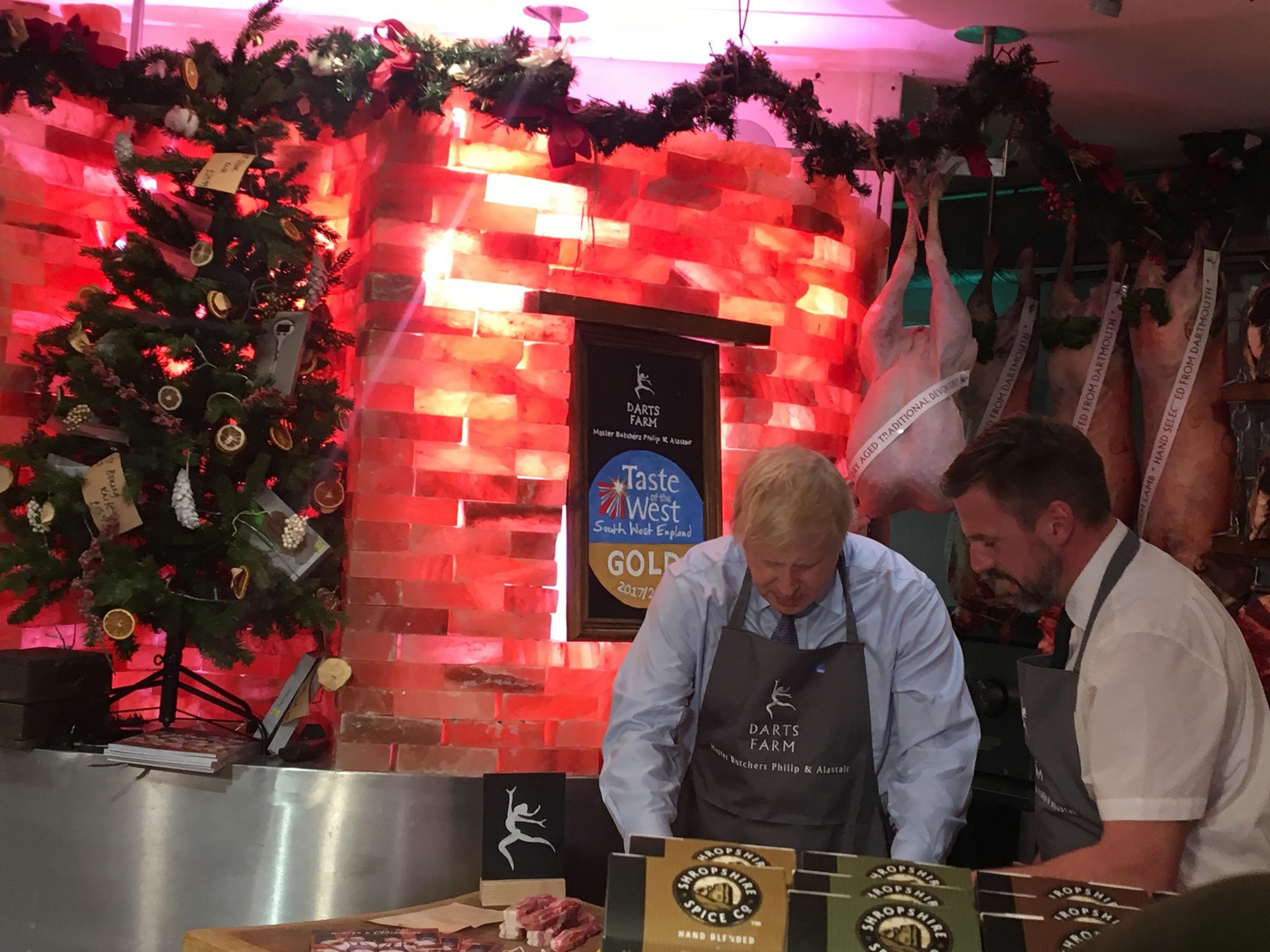 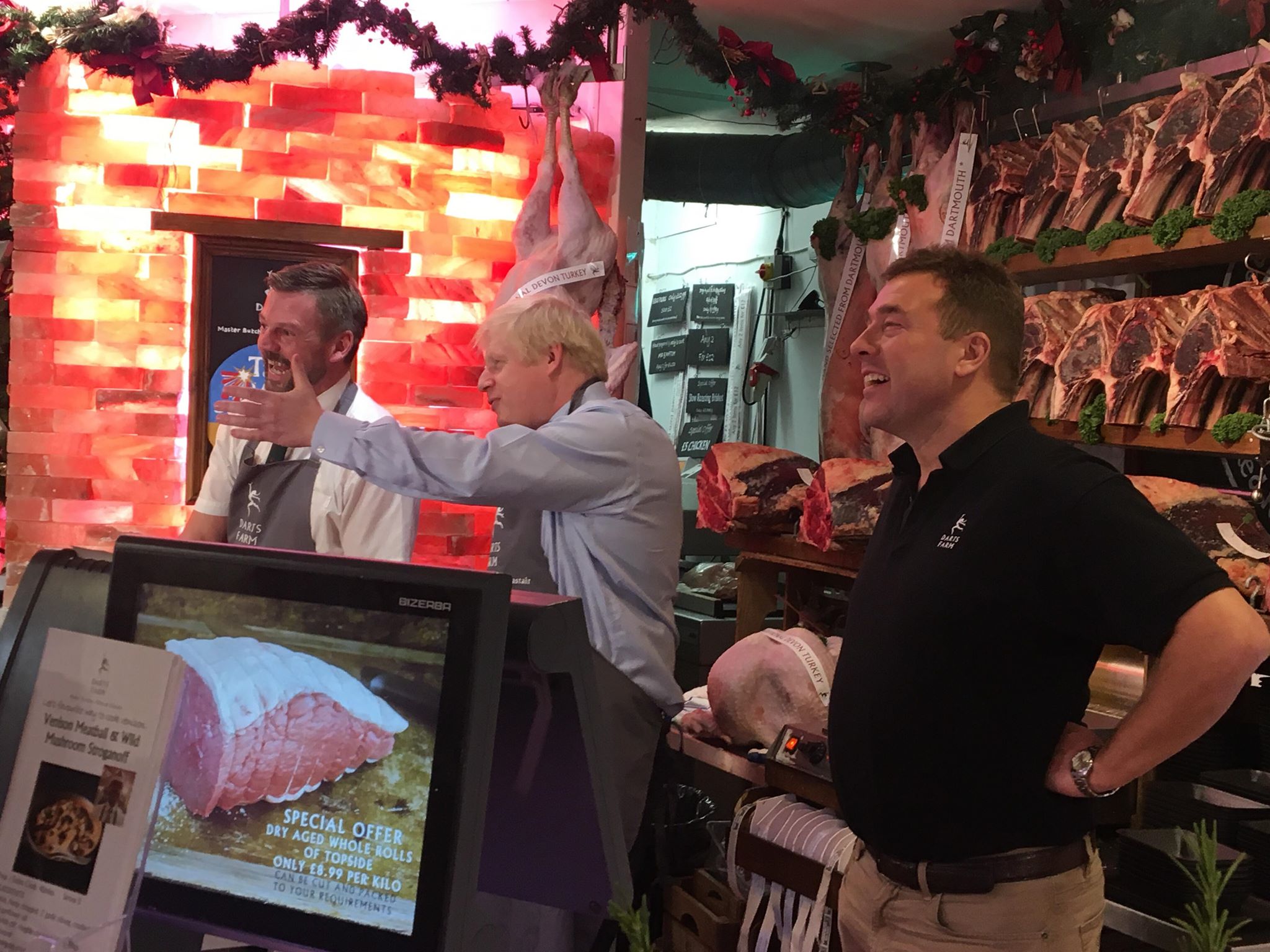 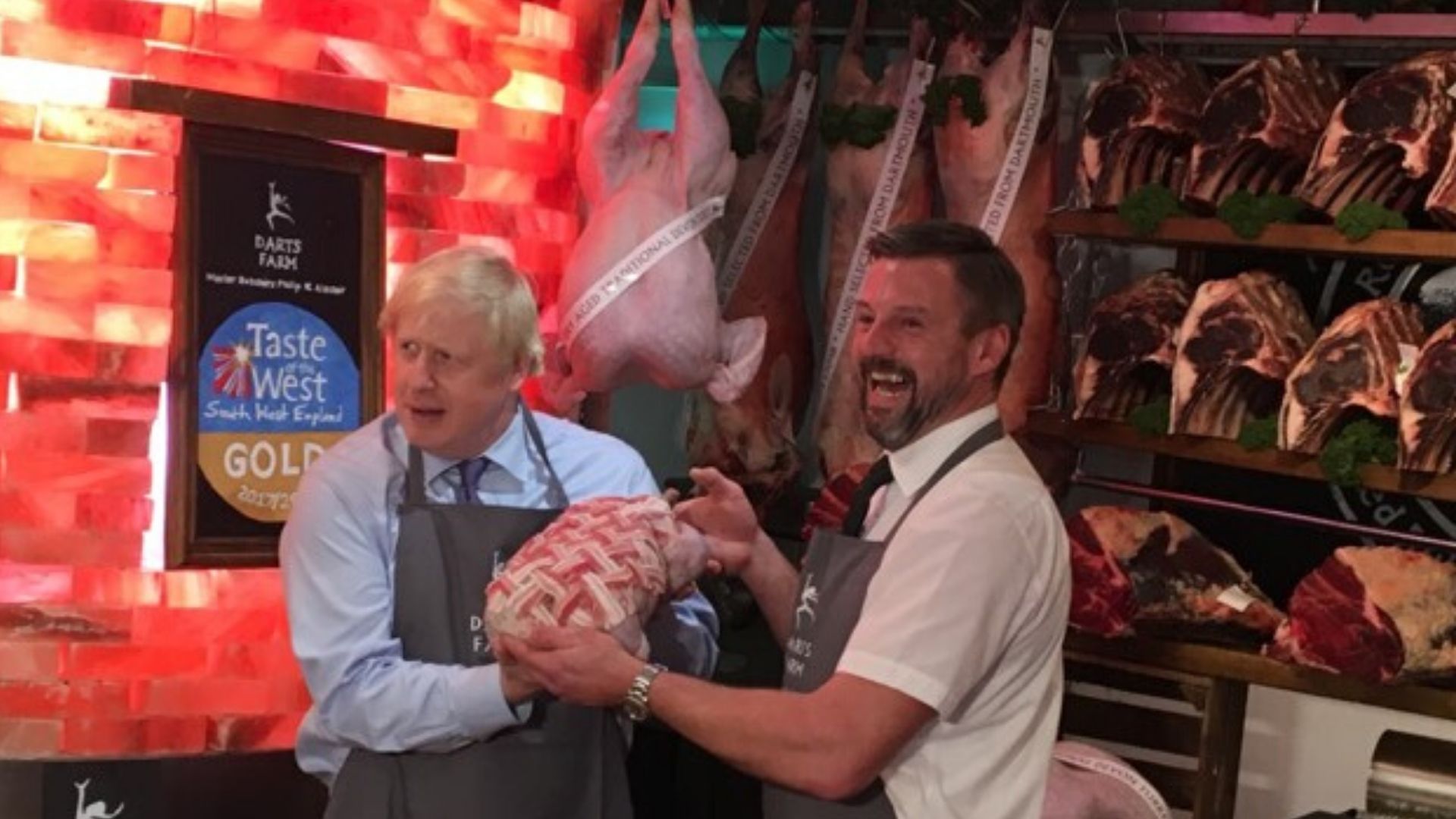 Boris Johnson and Alastair David with the turkey up for grabs in the Darts Farm silent auction. 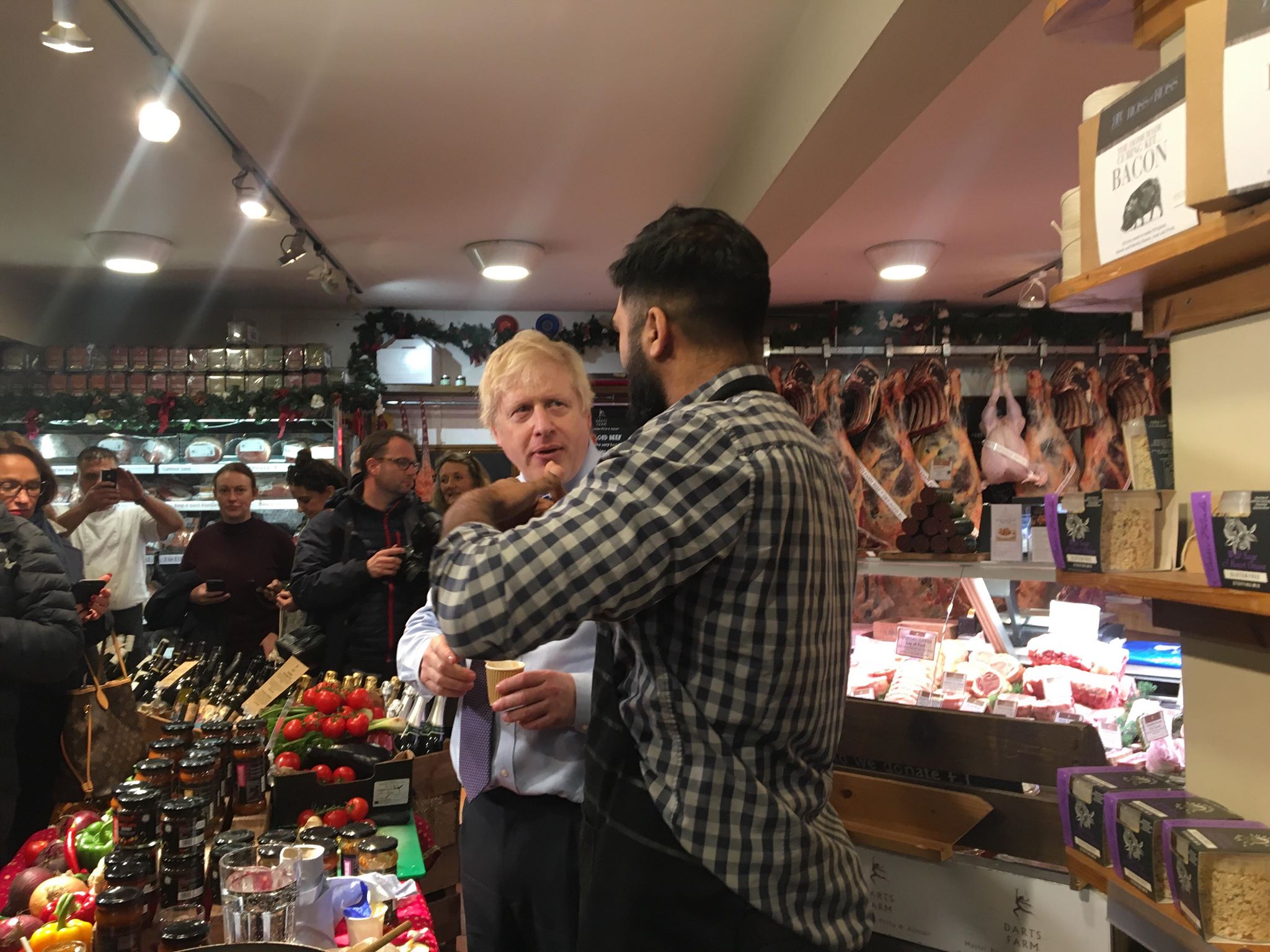 Boris Johnson was shown around the food hall at Darts Farm. 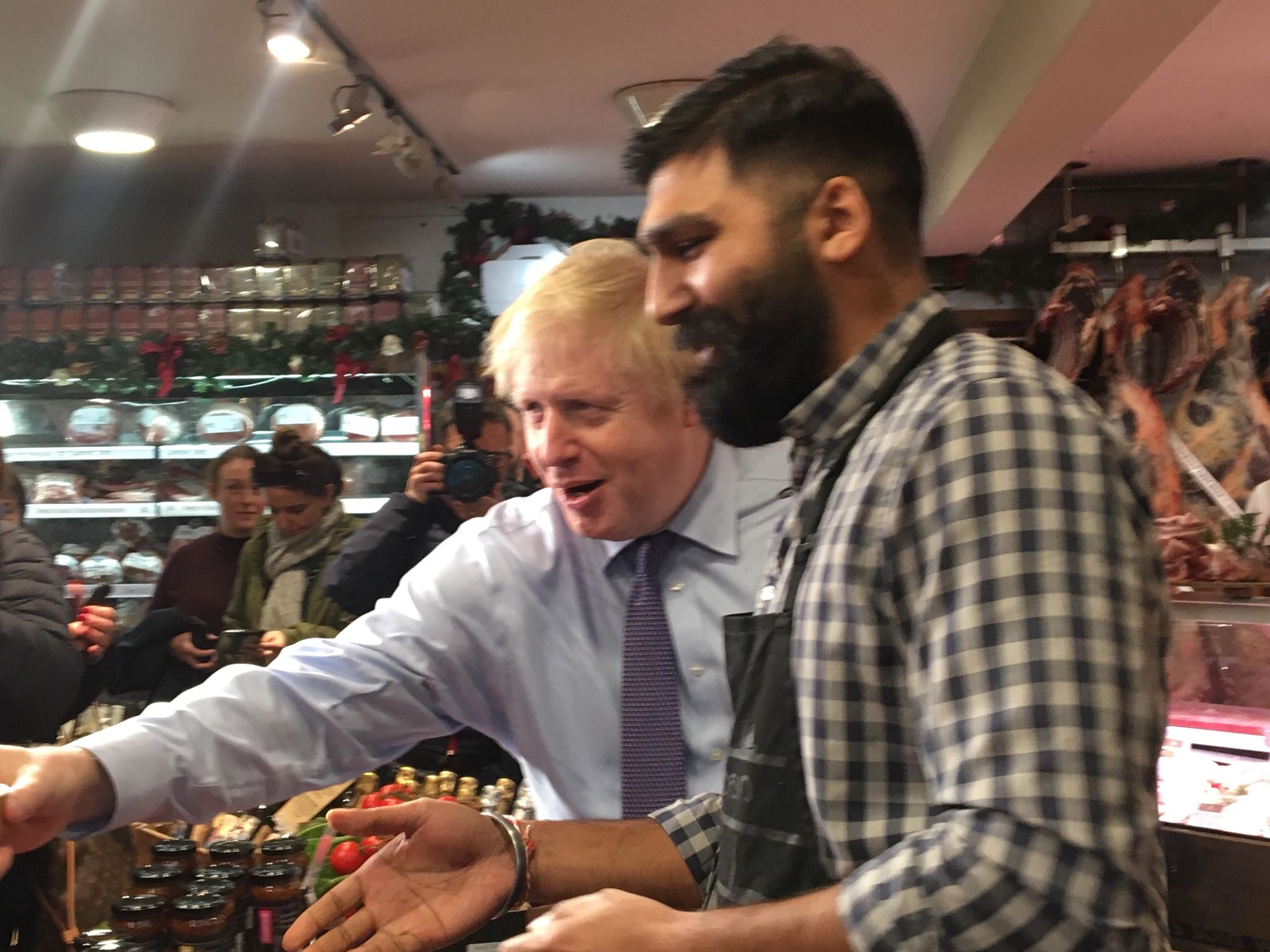 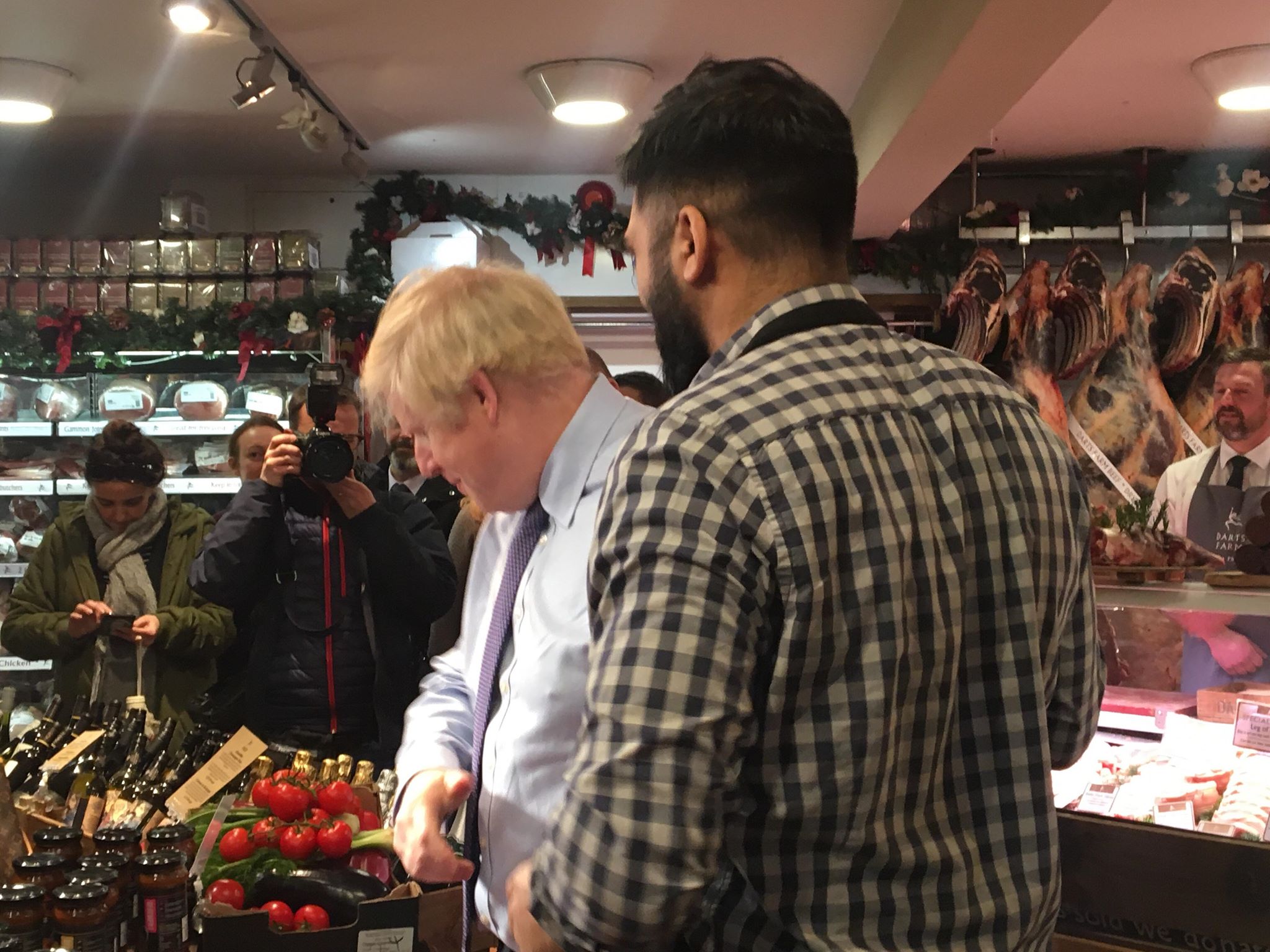 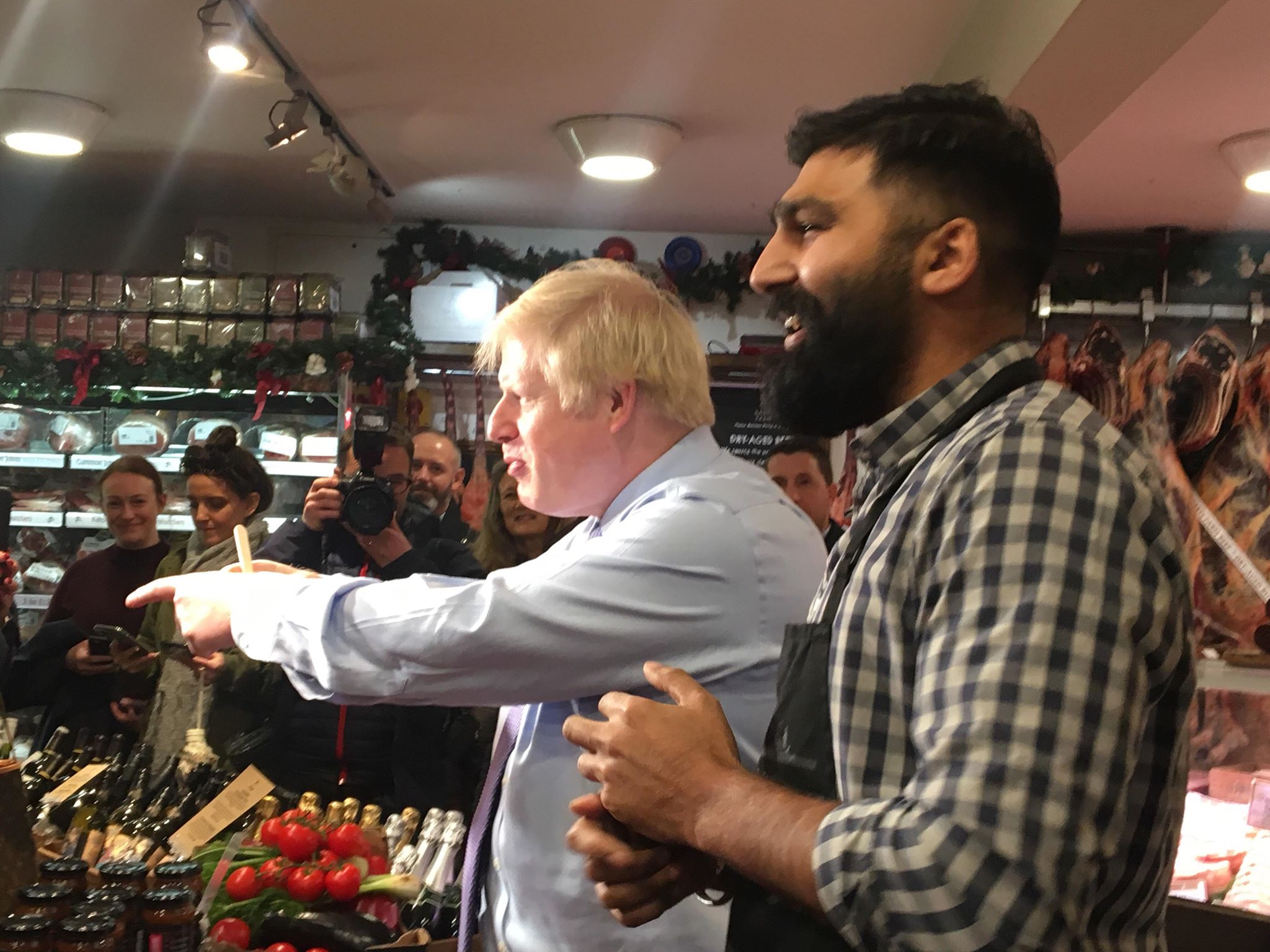 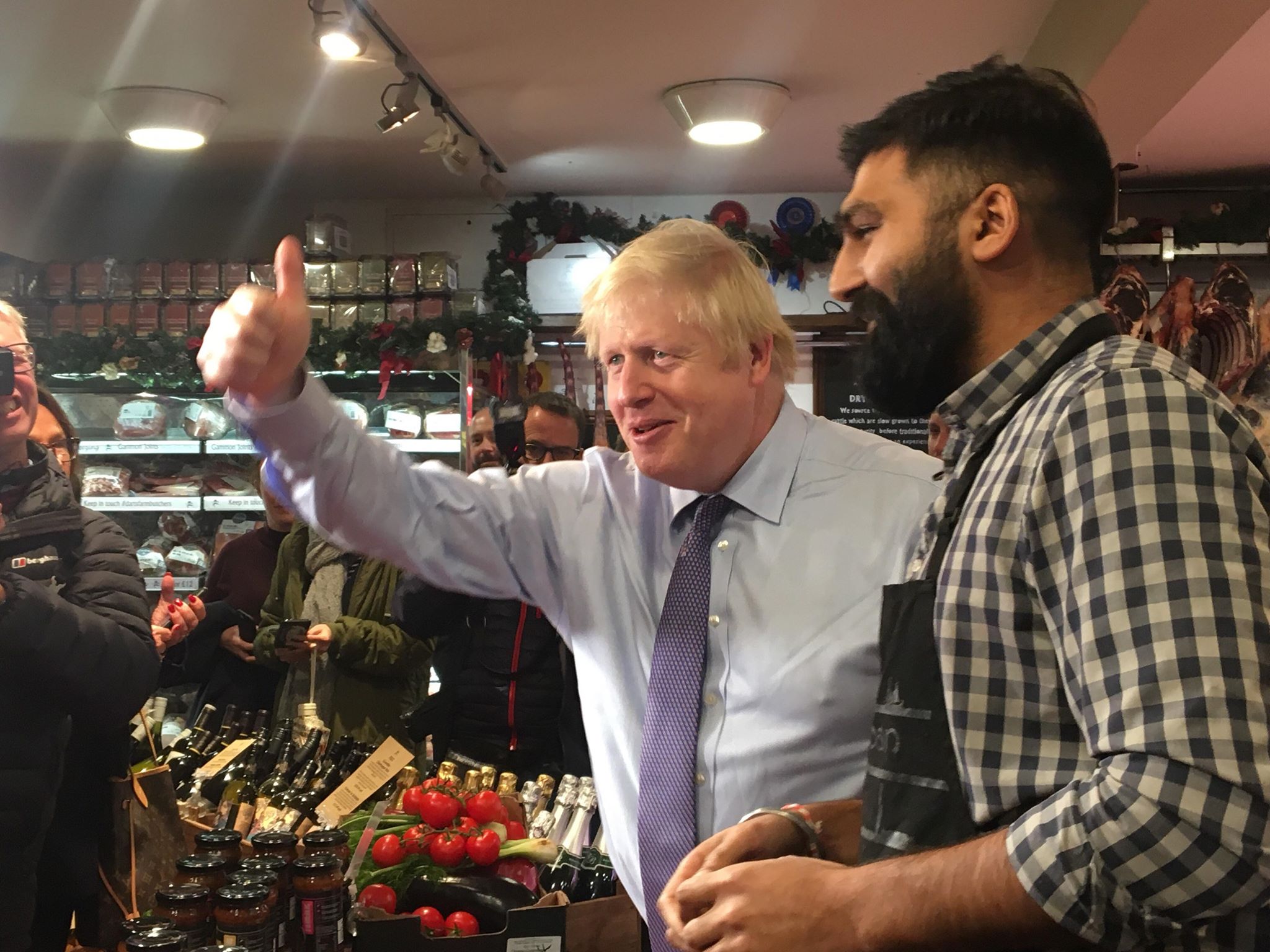 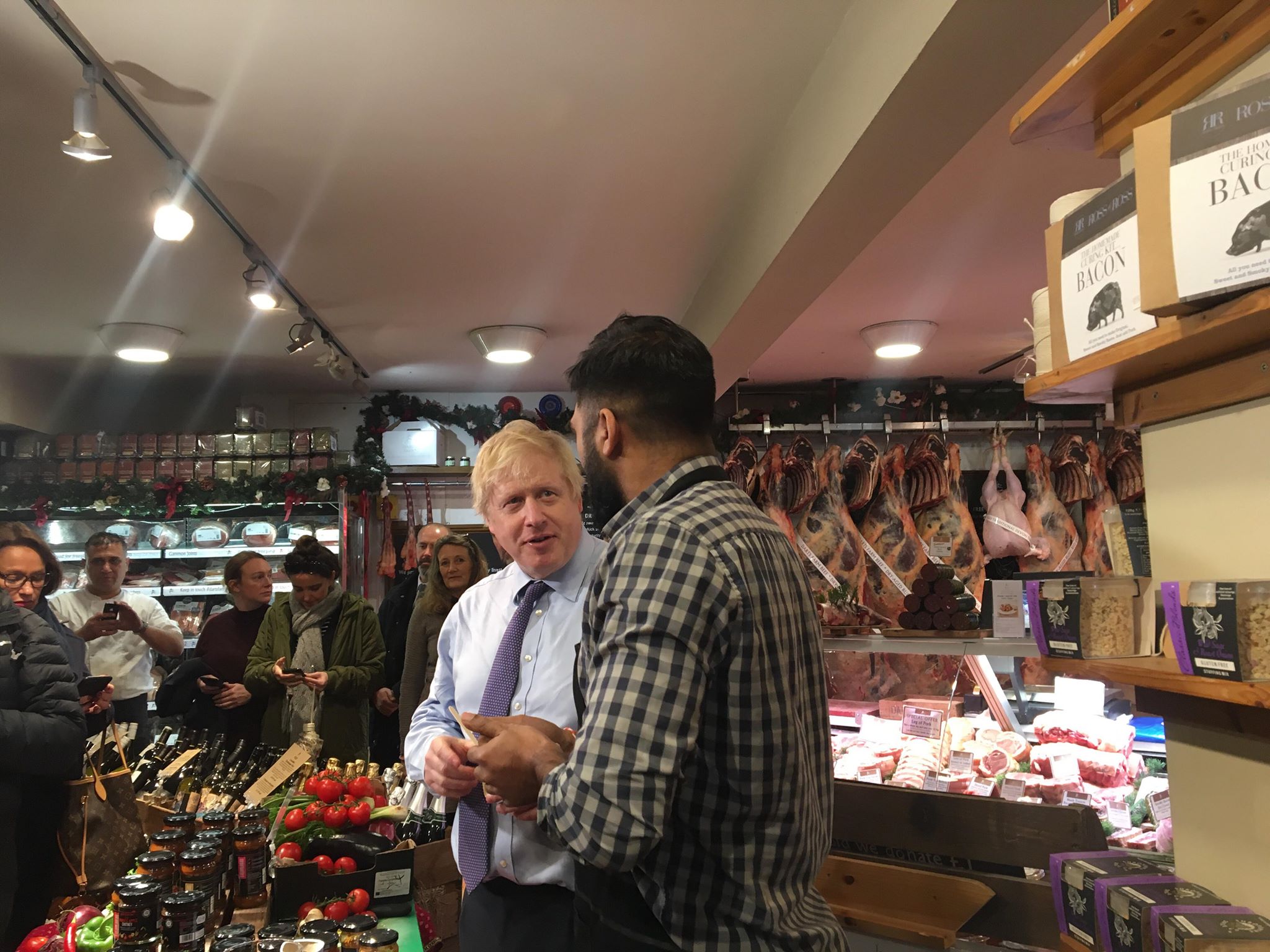 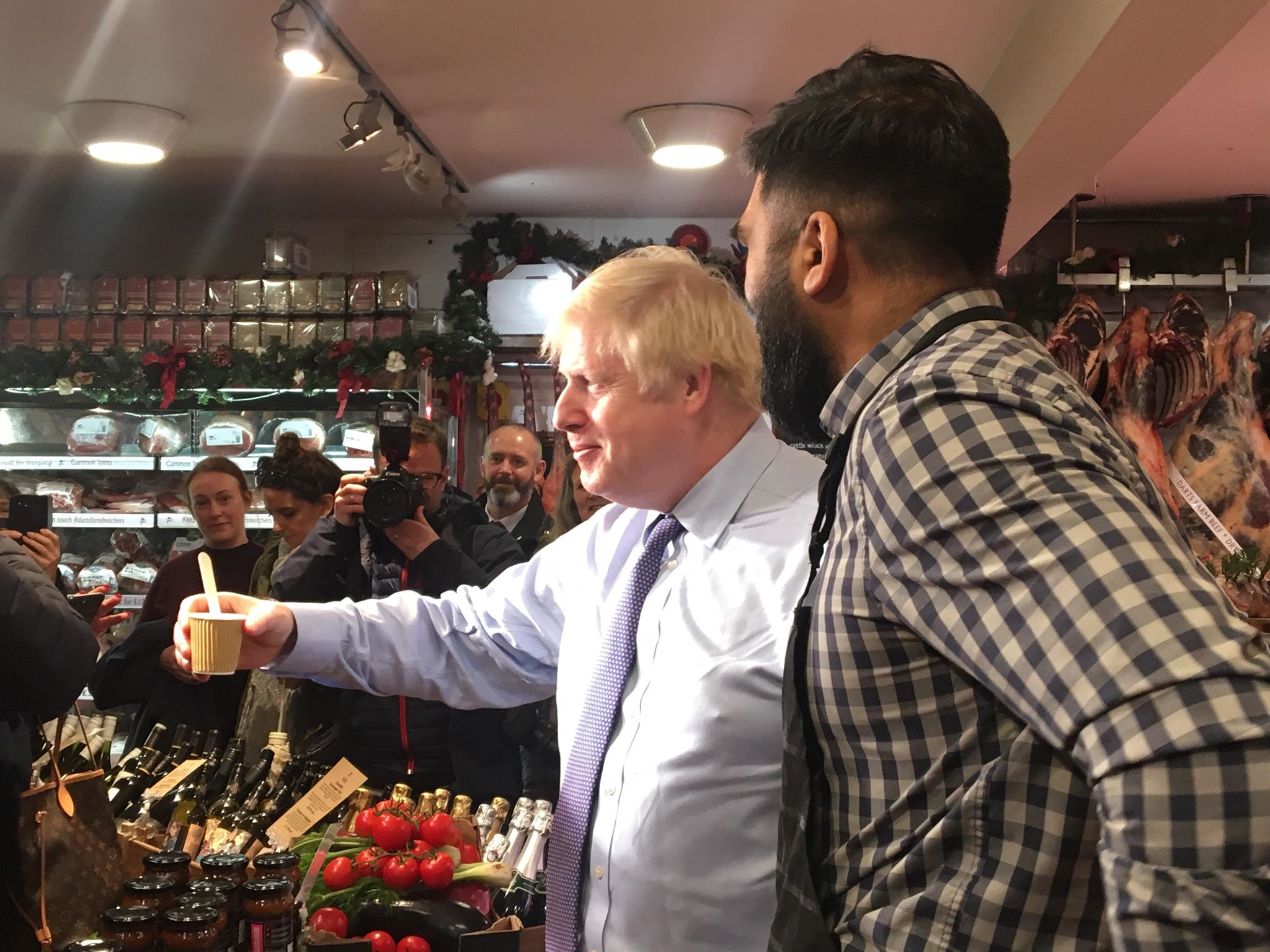 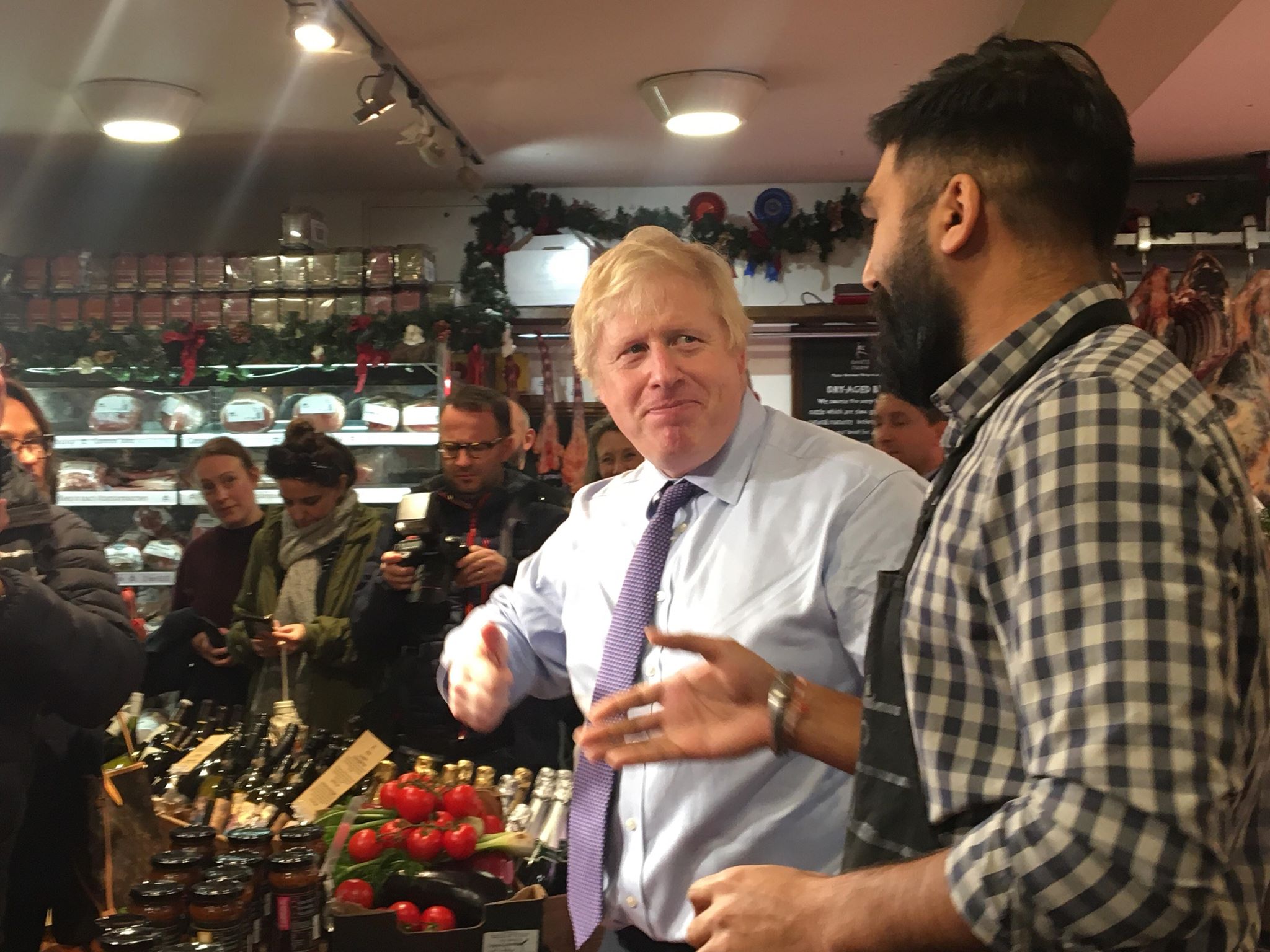 The Prime Minister spent time meeting shoppers and posing for photos with well-wishers. 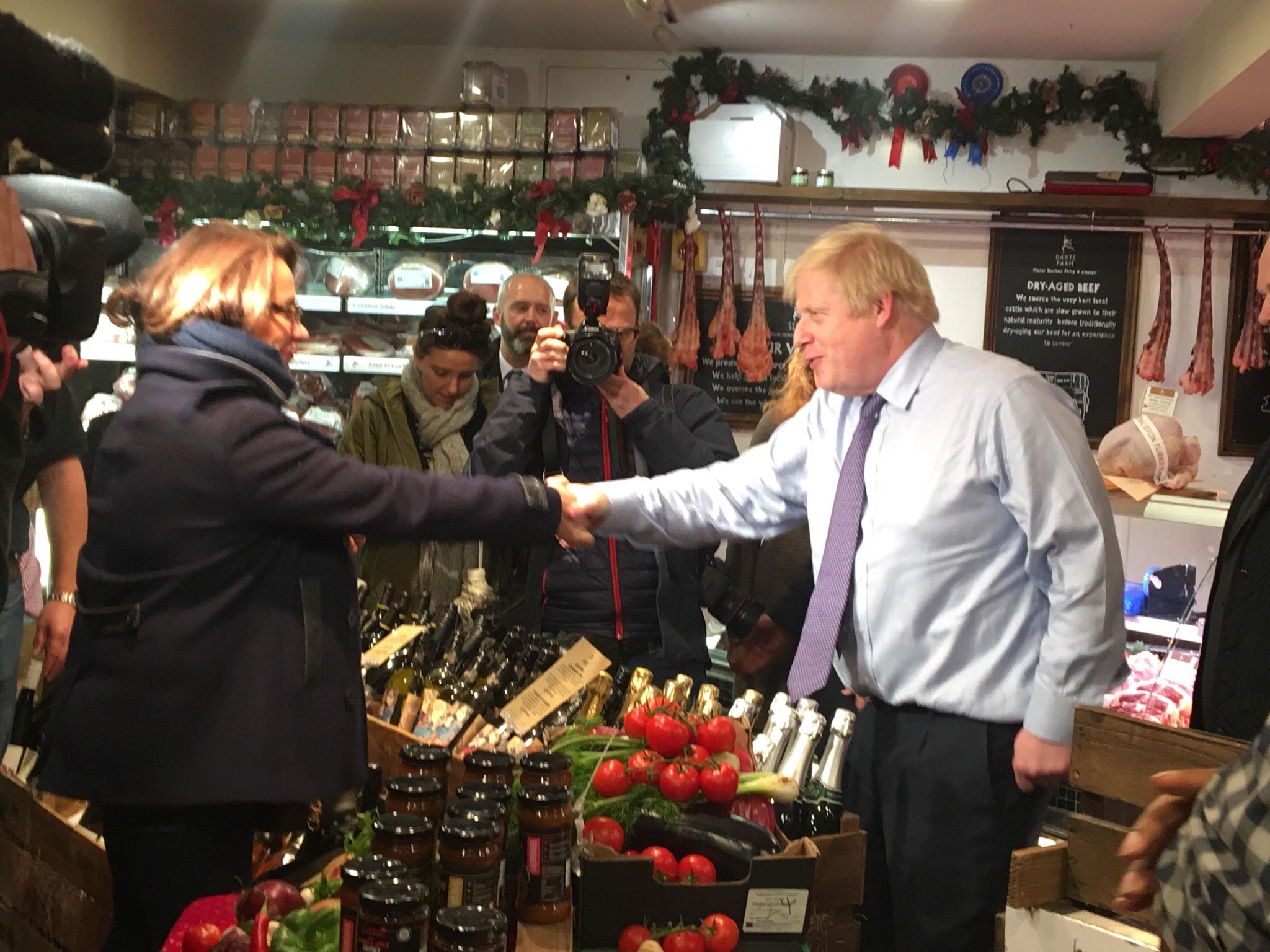 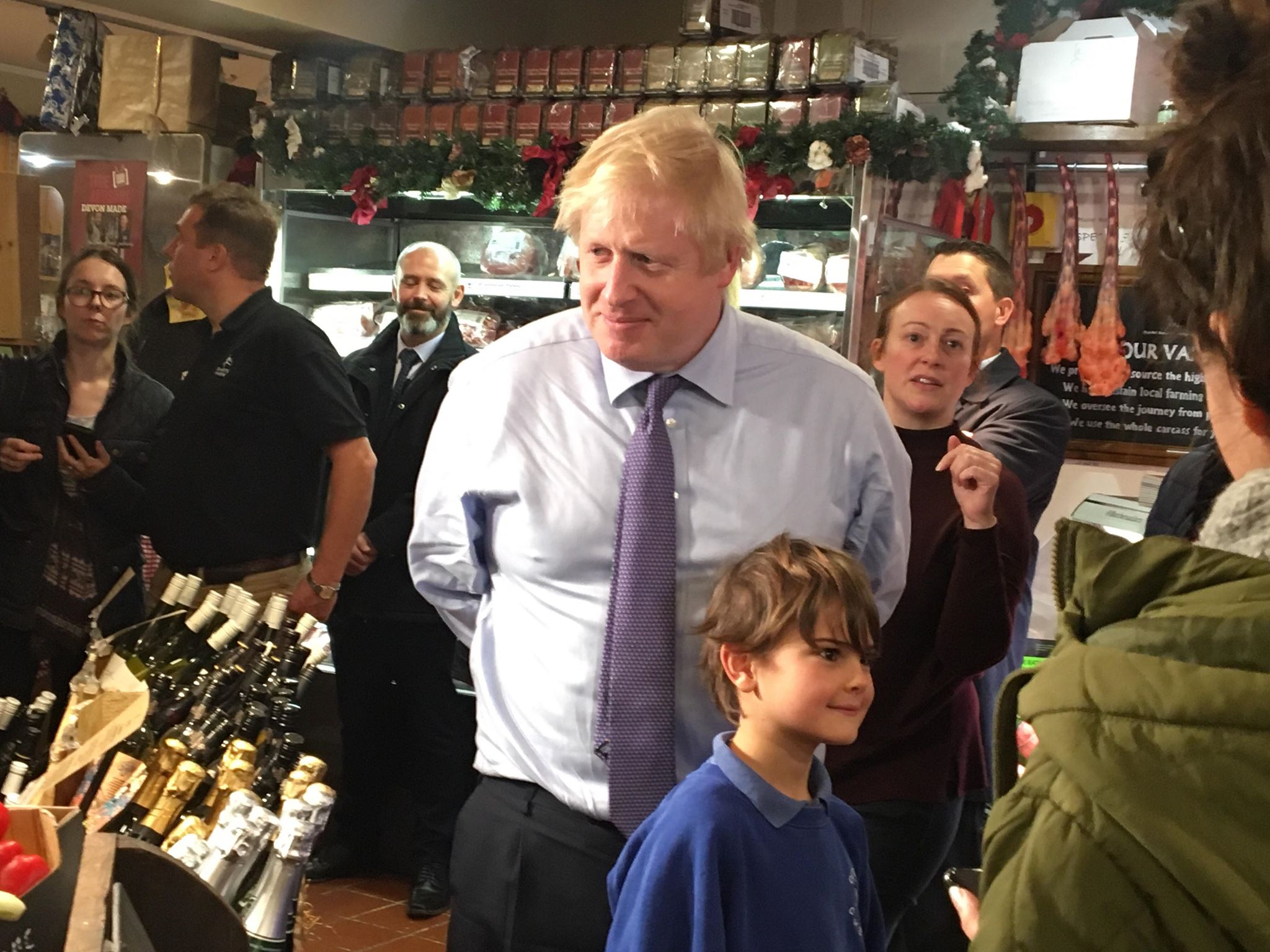 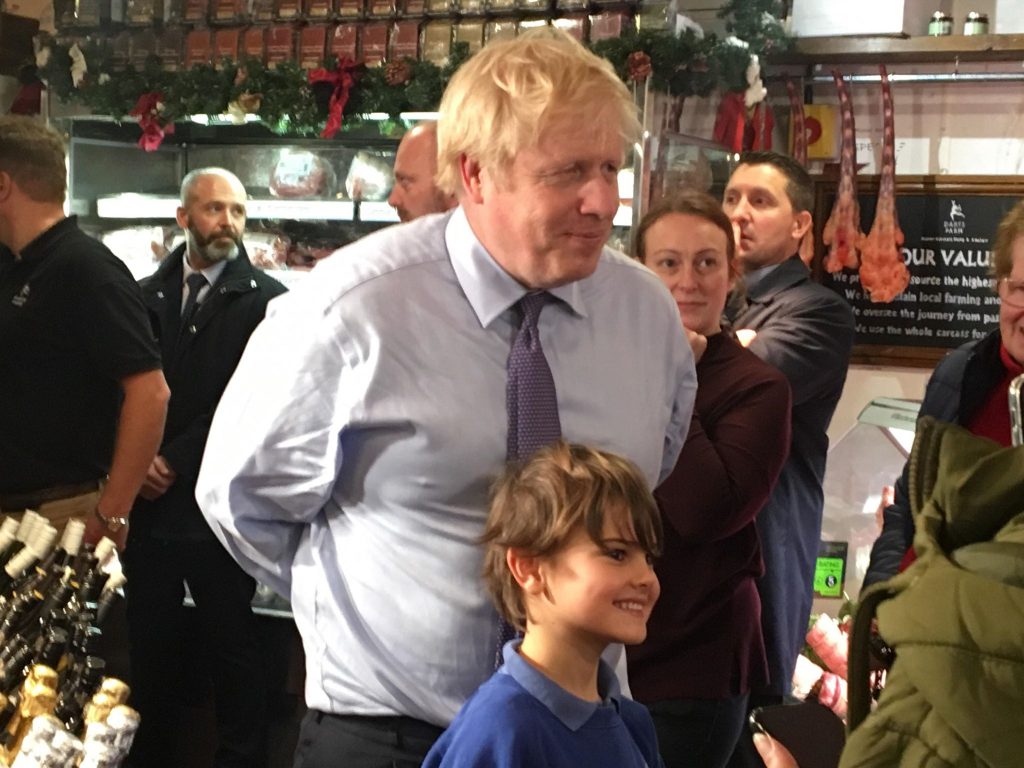 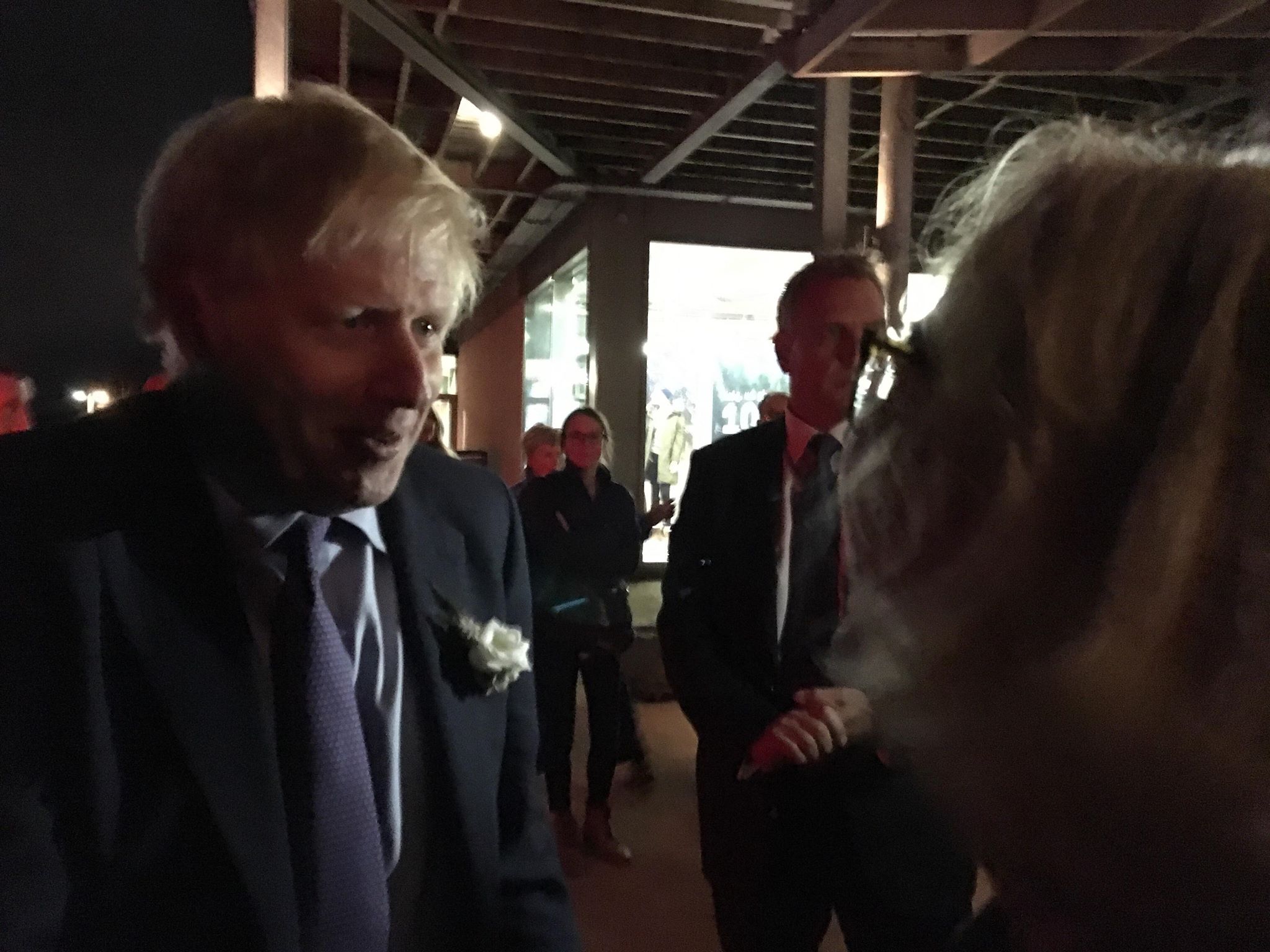 Sue Truesdale waited in the cold to shake Boris Johnson’s hand when the Prime Minister emerged from Darts Farm.