A huge tower crane is making light work of the massive construction project under way to create a UK-first super-energy-efficient leisure centre in Exeter.

The striking red crane will be a major landmark in the city centre over the coming months as construction on the Exeter Bus Station site gathers pace.

The leisure complex, called St Sidwell’s Point, is being built alongside a brand new bus station.

The current transport hub will remain open throughout the two-year redevelopment programme. 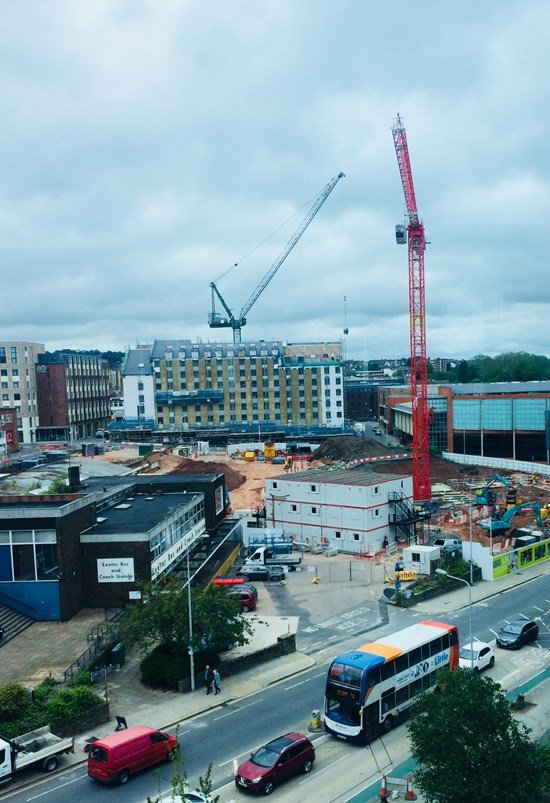 In the coming months, the steel frame of the leisure complex will slowly will begin to emerge from the ground.

The drainage below the slabs will be installed as well as insulation, prior to pouring concrete for the slabs and retaining structure. 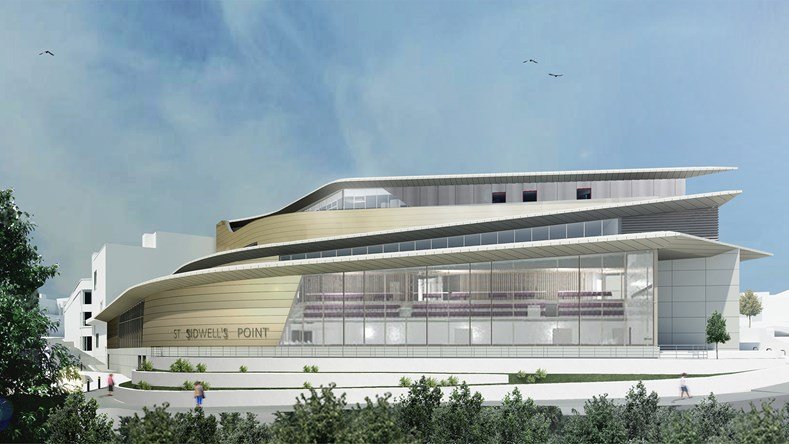 An artist’s impression of St Sidwell’s Point which is being built in Exeter City Centre.

The water quality is expected to be better than at any other swimming pool in the country. A special filtration system will mean there will be minimal chemical content, which will greatly enhance the experience for users.

Built to the ultra-high quality Passivhaus standard, St Sidwell’s Point will be one the world’s most energy efficient leisure centres.

The state-of-the-art facility will feature:

The new Exeter Bus Station will include covered waiting and boarding areas and high-quality facilities. It will replace the current station opened in 1964.

Both developments are being funded by Exeter City Council.

An operator is being sought for the new Exeter Bus Station.