Monday, August 15
Trending
You are at:Home»News»Exeter: killer is jailed for life for murder of ‘bright, vivacious and intelligent’ Lorraine Cox

A killer who murdered and chopped up a drunk woman in Exeter after luring her to his home with the promise of free money, drugs and booze has been jailed for life.

The Honourable Mr Justice Garnham, sitting at Exeter Crown Court, on Wednesday (April 7) jailed Mangori for a minimum of 20 years for murdering Miss Cox, passing no separate sentence for preventing the lawful burial of her body. 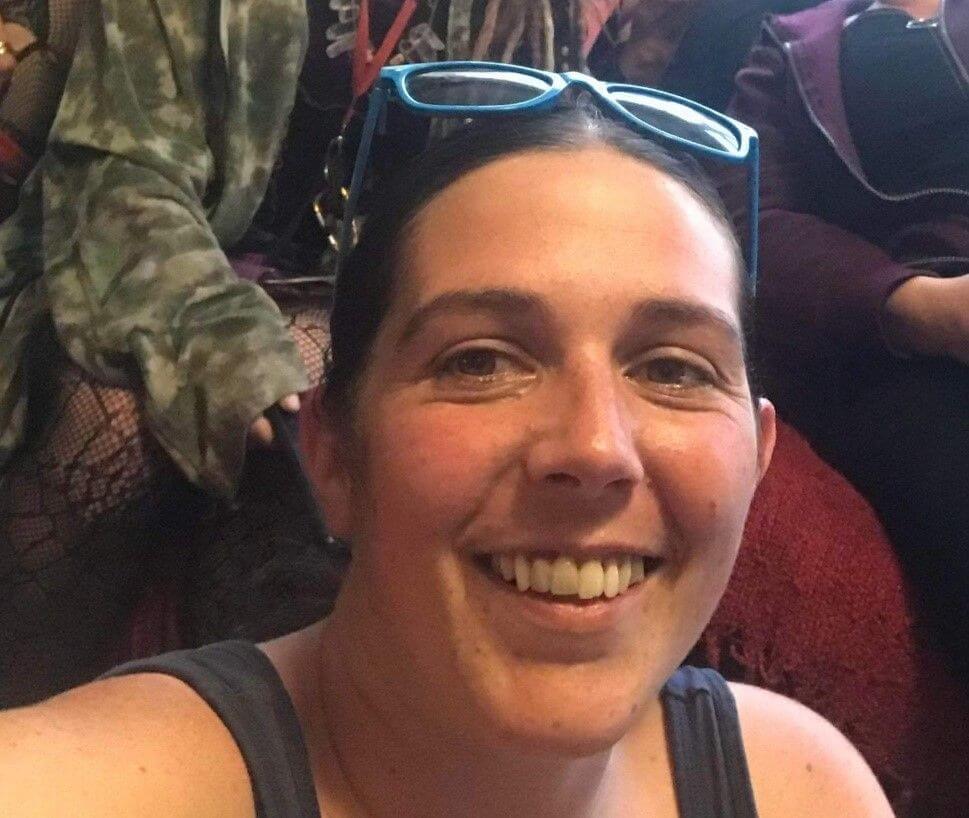 Before sending him down Mr Justice Garnham told Mangori: “By your actions you ended the life of a bright, vivacious and intelligent young woman with her whole life ahead of her.”

The Judge said he accepted Mangori killed Miss Cox after they had sex in his in his room, likely smothering her with her own tee-shirt, which was pushed tightly into her mouth.

He rejected Mangori’s account he panicked because type 1 diabetic Miss Cox died suddenly in his room after smoking some unidentified drug off silver foil.

He dismissed Mangori’s ‘mental turmoil’ at finding Miss Cox dead on his bed after it was found the killer had made videos of himself vaping and listening to music next to the body.

Mr Justice Garnham said Mangori attacked ‘vulnerable’ Miss Cox while she was intoxicated by alcohol after a day spent drinking with friends.

He said Mangori went to great lengths to frustrate the course of justice, making it difficult for the police to investigate Miss Cox’s disappearance.

Mangori hid Miss Cox’s body in his bedroom for eight days, chopping it up into seven pieces and ‘unceremoniously’ dumping it, said the Judge,

Mr Justice Garnham said: “By the time you attacked Miss Cox in that way she was largely incapacitated by drink.”

He added: “You were able to push that vest into her mouth.”

The Judge told Mangori: “She went with you after you assured her, she would get free drink, free drugs, free money.

“Exactly what happened next will never be known unless you choose to tell it.

“Something happened which caused you to decide to kill her by suffocating her.”

The Judge told Mangori: “I see nothing in evidence to suggest mental turmoil. On the contrary the video of you vaping and listening to music suggests remarkable calm given the presence of a dead body on your bed, rather than turmoil.” 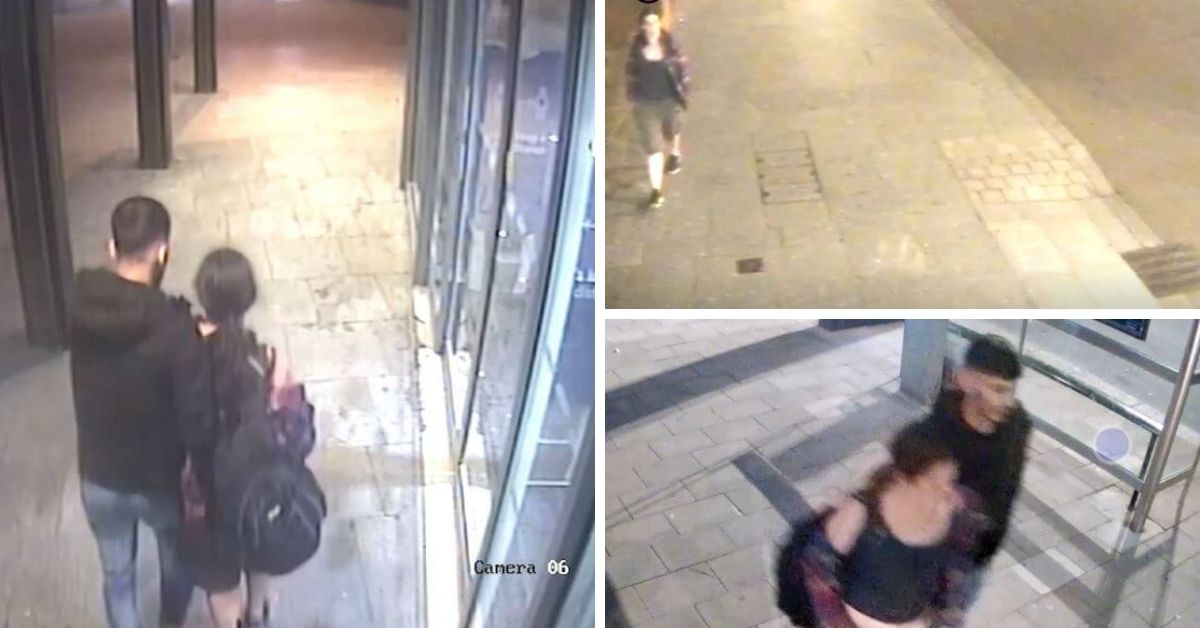 CCTV images showed Lorraine walking alone through the city centre before she was picked up by Mangori. 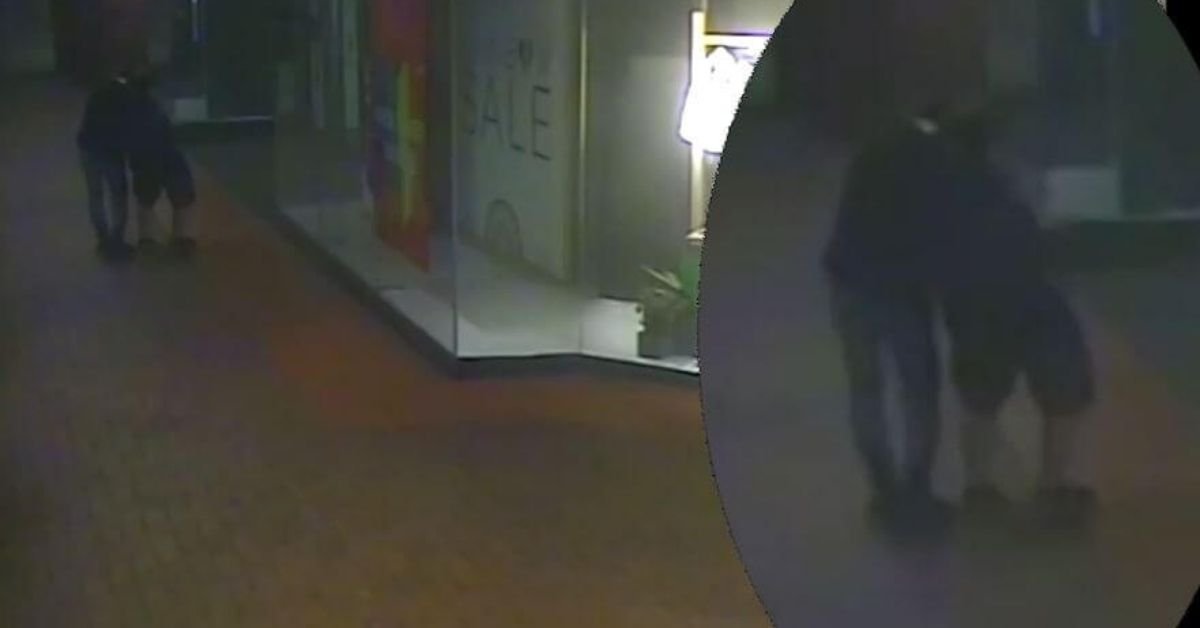 The jury was shown CCTV footage of Mangori propping up a drunk Lorraine Cox.

He used her phone SIM card to pose as the dead woman, messaging her loved-ones, pretending she was safe. and alive

As she lay dead nearby, he made fun videos to send to friends, showing himself listening to music and vaping.

In the days after he killed her he made numerous trips to shops to buy supplies to dispose of the body.

He surgically cut up and mutilated Miss Cox’s body, dumping her plastic-wrapped limbs in bins outside the kebab shop.

He booked a taxi to take a bag with her head and torso inside, to bury in woods on the outskirts of Exeter, at Tinpit Hill.

Mr Justice Garnham said: “Rather than reporting her death to anyone, you kept her decomposing body in your bedroom for the next eight days.

“You purchased the necessary equipment from nearby shops then set about cutting up her body with a view to disposing of it.

“You disarticulated her arms at the shoulder, her upper legs from her pelvis, and her lower legs from the knees.

“With the exception of her lower left leg and her kneecaps, you wrapped all her limbs in black plastic bin liners and dumped them unceremoniously in the waste bins behind the restaurant in anticipation of them being removed by council refuse collectors.

“Her lower left leg and kneecaps have never been recovered.

“Then, on the 8th of September, you placed her her torso and head in a large plastic hold-all and took it by taxi to Tinpit Hill, on the outskirts of the city, where you buried it beneath bracken and branches.” 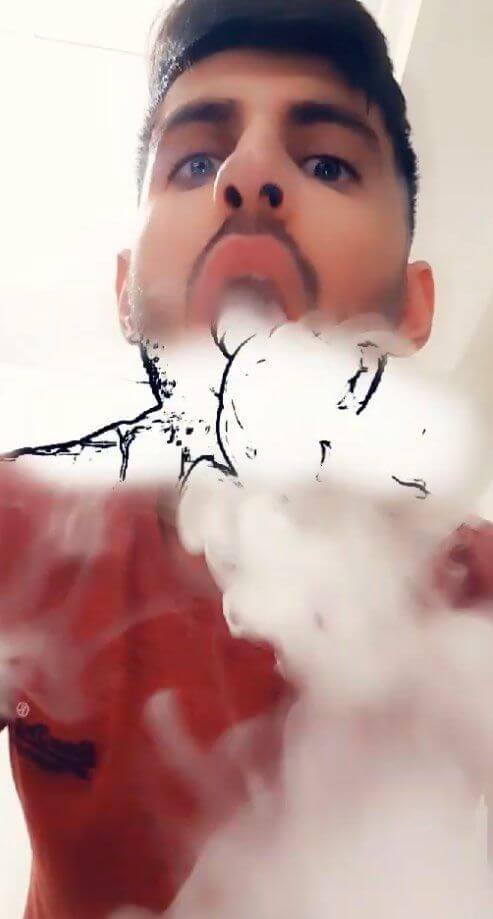 Mangori made fun videos to send to friends as Lorraine Cox lay dead nearby.

The partner of murdered Lorraine Cox faced killer Mangori at Exeter Crown Court, telling him ‘every breath I take, it hurts. My heart is broken, never to be repaired’.

Elise Fallow, aged 28, told the court how Mangori had robbed her of a future with the love of her life.

Miss Fallow said Lorraine’s death had left her a shell of the person she once was, feeling ‘no joy’, only pain.

She said all the colour had been drained from her life since Lorraine was murdered.

Mum-of-one Miss Fallow told the court: “Although I am still breathing, I am not living. Nothing will ever be okay again.

“Nothing will stop the pain I feel each day. That the love of my life is not by my side.”

Miss Fallow, who had been living with Lorraine in Scotland, said Mangori had stolen their chance to start a family.

She said the daily feeling of pain without Lorraine ‘swamps my soul’, telling the court she will never recover from her her death.

“It’s a constant  battle to keep my head above water,” she said.

Miss Fallow told the court how Lorranne’s murder and disarticulation of her body – at the hands of Mangori -‘haunts’ her waking and sleeping hours.

She said: “I am a shell of the person Lorraine knew. Although I am still breathing, I am not living.

Mangori, who was in the UK illegally after a failed attempt at asylum, followed Miss Cox as she walked alone along the High Street in the early hours of the morning on September 1, 2020.

She had spent the day drinking with friends and had become separated from them when Mangori spotted her walking through the city centre as she tried to make her way to her dad’s home in Beacon Heath.

CCTV footage shows loner Mangori spot Miss Cox and double back, walking with her after striking up a conversation.

Azam Mangori lured Lorraine Cox back to his room with the promise of free drugs, booze and money.

They had a sexual encounter in an alleyway, which Mangori recorded on his phone.

He promised her free drugs, alcohol and money if she went with him to his room above the Bodrum kebab shop, in Mary Arches Street.

He claimed the had sex twice and smoked drugs together, inhaling a black substance from tinfoil.

Toxicolgy and pathology reports found no evidence of any drugs in Miss Cox’s body, or that she died from a medical episode, or diabetes.

Mangori said he blacked out after inhaling drugs with Miss Cox, and when he woke up, she was dead on the floor.

He said he tried to revive her with CPR and put her tee-shirt in her mouth when he imagined he saw insects crawling from her mouth. 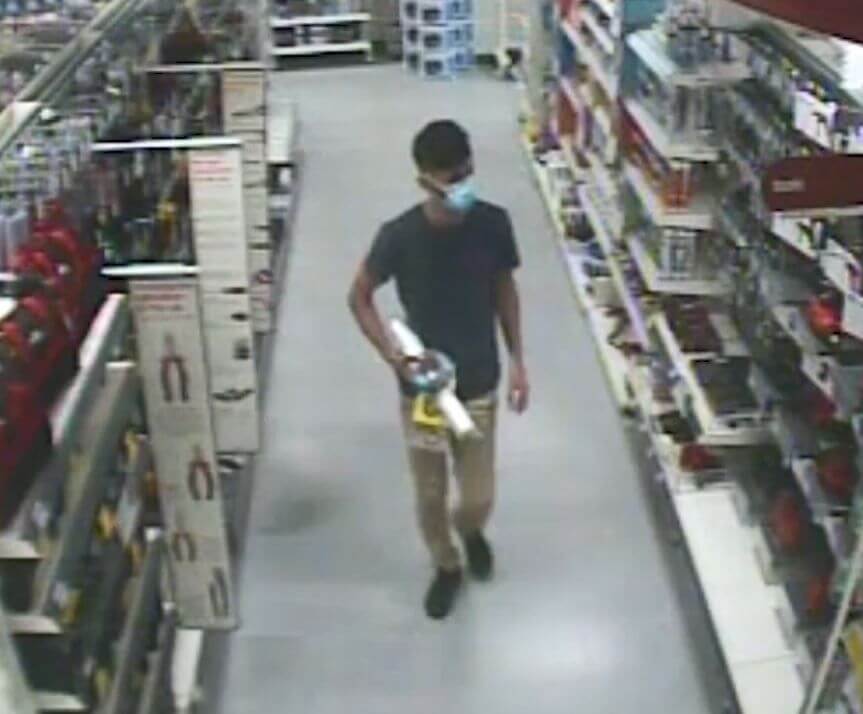 Mangori was caught on CCTV making numerous trips to the city centre to buy supplies to dispose of Miss Cox’s body.

Mangori seen here on CCTV buying an air purifier to mask the smell of Miss Cox’s decomposing body, hidden in his room.

Mangori changed his story to say it was because vomit-like fluid began leaking from her mouth after the pathologist found no evidence of insects.

With Miss Cox dead in his room, Mangori spent the next week trying to cover his tracks, lying to her friends and family she was still alive.

He carefully dismembered her body, using a surgical technique of disarticulation – which forensic experts said was a measured act and not one done with panic.

Mangori claimed no knowledge of cutting up Miss Cox’s body.

He said he only remembered chopping up and burying a bag of water-damaged tobacco, which he had been storing illegally in his room. 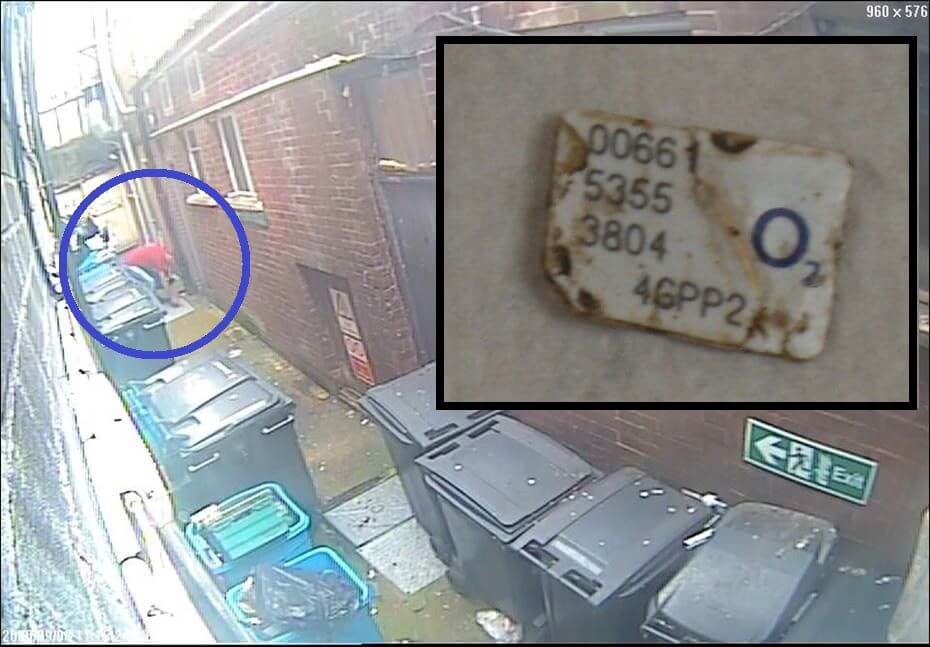 Mangori is caught on CCTV dumping Miss Cox’s phone SIM card down a drain in an alley outside the kebab house. 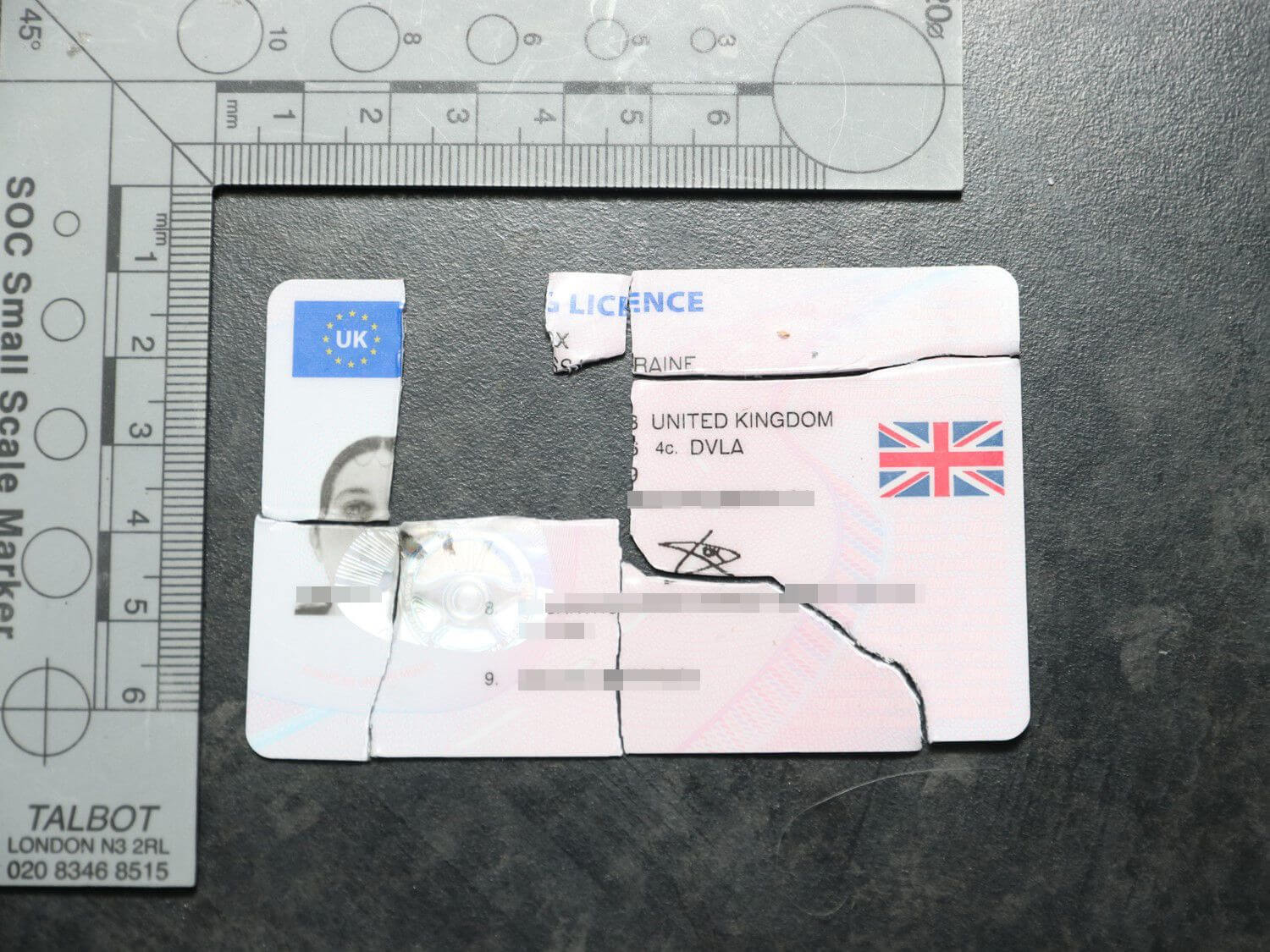 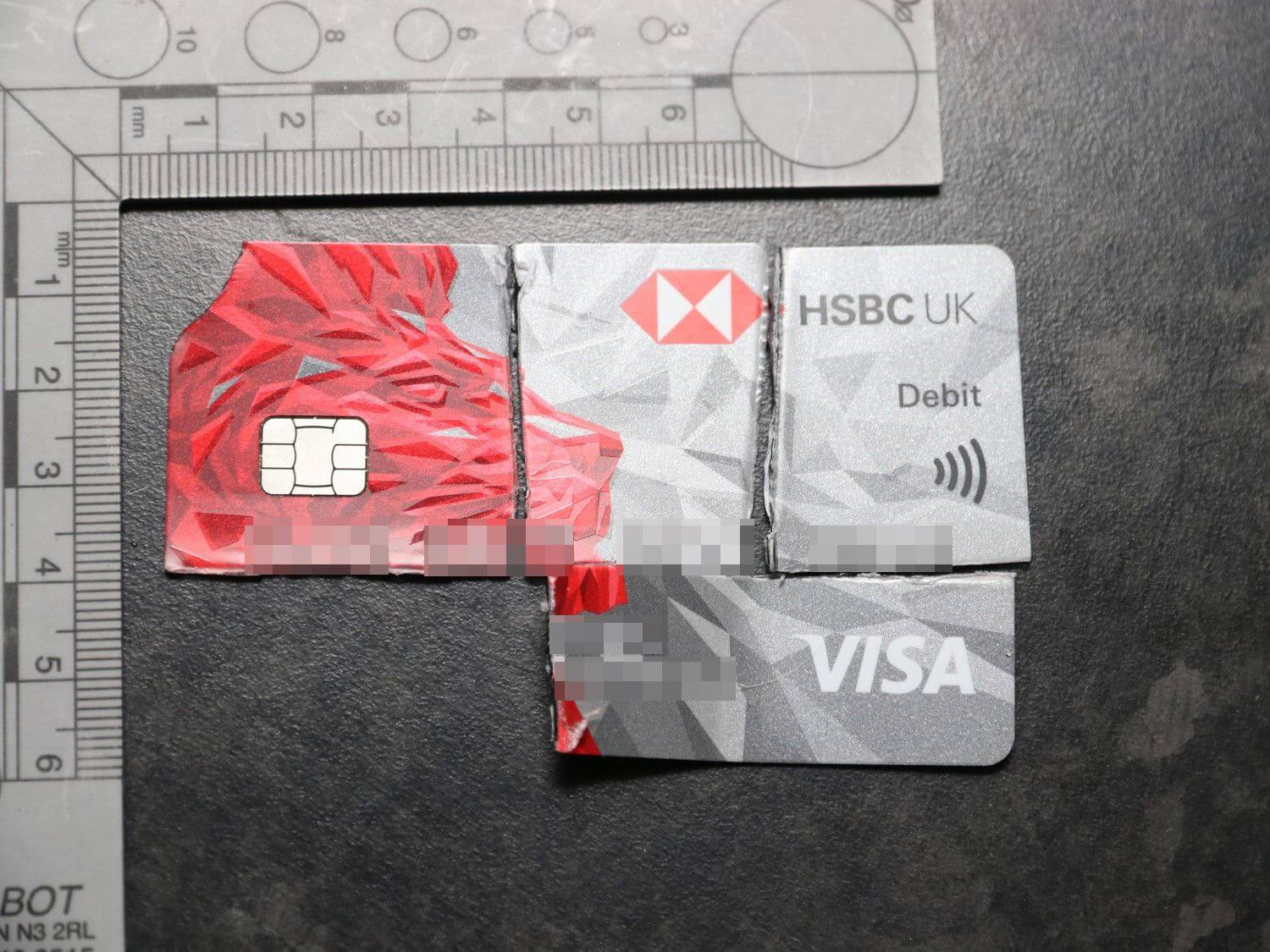 Mangori cut up Miss Cox’s bank card as he tried to hide his crime. 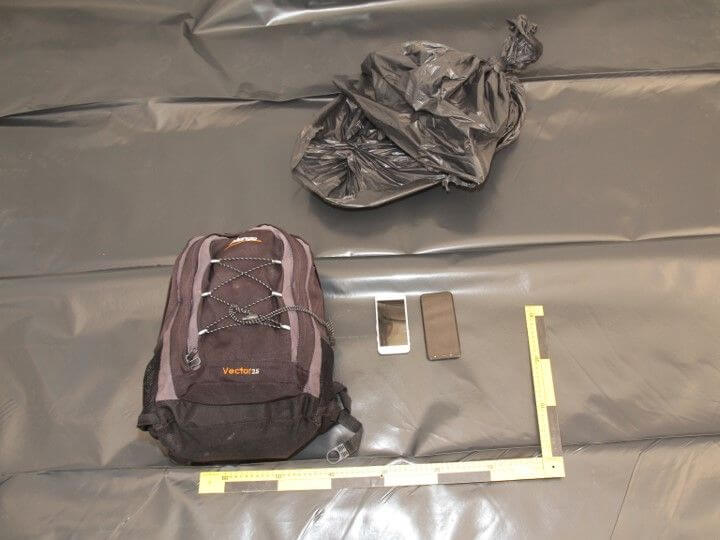 Mangori tried to get rid of Lorraine Cox’s bag and phone as he hid his crime.

When Mangori was arrested, he was found with a step-by-step guide on his phone, showing how to dig a grave by hand.