Tuesday, January 19
Trending
You are at:Home»News»East Devon»Axminster»Shops, café and work hub plan for Trinity House in Axminster is revealed

Plans to restore and refurbish Trinity House in Axminster town centre into shops, a café, work hub and office have been revealed.

Proposals would see the ground-floor of the former department store in Trinity Square subdivided into four retail units and its first-floor occupied by The Community Waffle House.

Its basement would be used for storage while a mural reflecting ‘Axminster life’ is proposed for the Castle Street side of the building.

A soft play area and IT desk would feature in the café and working hub on the first-floor. 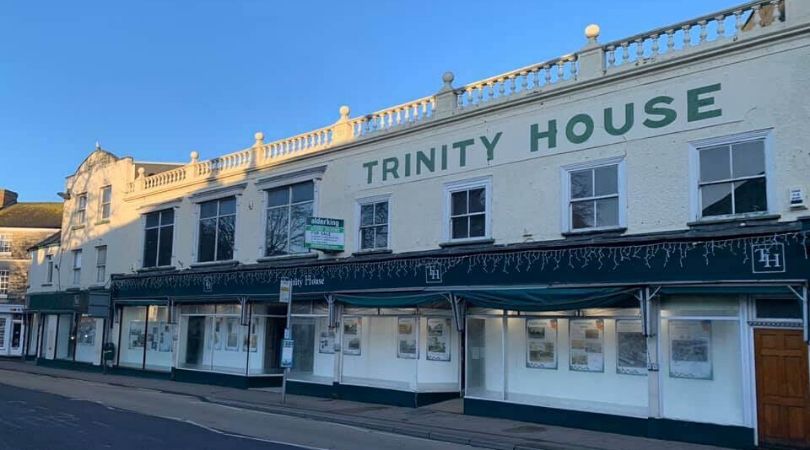 Trinity House is to be refurbished and have new tenants.
Photo: Axminster Property.

Internal remodelling and external renovations are proposed as part of the scheme – with a pledge all refurbishment will be to ‘a high standard’.

A wall will be removed on the second-floor so it can act as an ‘open plan’ office space and be let out to an individual or company.

The plans say: “Trinity House has remained vacant since its closure as a department store last year.

“It is a building that has such presence within the community of Axminster that we believe, once restored and refurbished to a high standard, will encourage the community and local businesses work together to create a brighter future not just for Trinity House but for the town of Axminster.”

The application adds of the quartet of shops mooted for the ground-floor: “The proposal is to do an extensive refurbishment to let out retail units within the premises in order to bring creativity, craft and community back to the heart of the town.”

It says of the proposed first-floor: “The Waffle House will occupy all the first-floor where there will be the café and a working hub – for people who work from home and often suffer with the lack of human interaction.

“This will include an IT support desk and children’s soft play area.

“The new space in Trinity House will also act as a base for the organisation’s community outreach projects which all centre around their mission to build community using the power of conversation and include schools work, community gardening and a befriending service for carers.

“Trinity House plays a significant cultural role to the community of Axminster.” 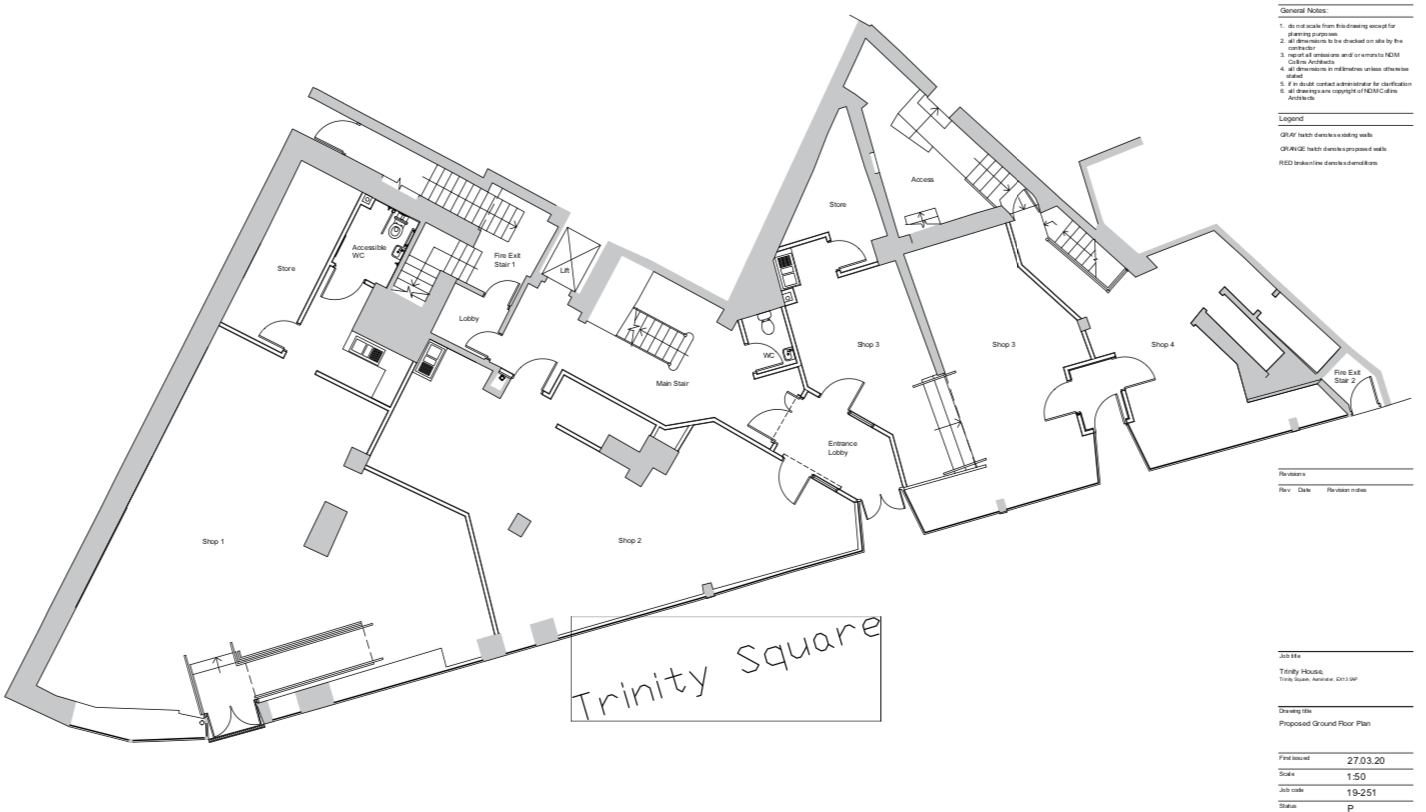 Proposals for the ground-floor of Trinity House in Axminster. Image From the planning application/ NDM Collins Architects

Proposals for the first-floor of Trinity House in Axminster. Image From the planning application/ NDM Collins Architects

The blueprints say a mural on the Castle Street side of the building ‘reflecting Axminster life will add visual impact for passers-by both pedestrian and vehicular’.

They add that the existing art-deco-style glazing above the building’s large, glazed windows on the ground-floor will be retained.

And ‘beautiful’ scrolled mouldings above the windows will be refurbished, according to the plans.

EDDC will decide the fate of the application.