A mystery donor turned a coffee morning fundraiser into a celebration when she gave £21,000 in memory of her husband to Exmouth and district’s ‘Ring and Ride’ new bus appeal.

The 93-year-old widow was attending Friday’s coffee morning at Bronte Court, Salterton Road, which had been organised to boost funds for Exmouth and District Community Transport’s replacement bus.

The community bus charity recently set up a £30,000 crowdfunding campaign to replace an ageing bus at a cost of £57,000.

I was shocked. I wanted to cry. It’s been such a worry thinking ‘how on earth are we going to raise this money..?’

The anonymous donor’s generosity leaves a shortfall of around £7,000 needed for a new bus that for many elderly or disabled people is a lifeline.

The service means the difference between loneliness and isolation at home, and day trips out and friendship.

The mystery woman had originally written a cheque for £1,000 for the community bus appeal, then changed her mind and increased her gift after a night-time ‘chat’ with her late husband, George.

She said her husband had always wanted a Mercedes car when he was alive, but was unable to afford one.

The pensioner, who is a regular on the community bus, said she would be ‘stuck’ indoors at home without the ring and ride transport.

“It was about three o’clock in the morning when it suddenly came to me it would be a good idea,” she said. “I thought, ‘what do I want all that money for?’”

The mystery donor, who lives in a retirement home in Exmouth, surprised staff when she took herself into town on a public bus and returned with a cheque for £20,000 to add to her original sum of £1,000.

“I enjoyed doing it, and being able to enjoy doing something good for somebody else for once.”

The manager at the home where the 93-year-old lives said her first thought was the bank had made a mistake and the cheque was meant to read £2,000.

The retirement home manager said: “She went into town. She gave me a cheque. I had a look at it and I had to sit down.”

Lynda Evans, Exmouth and District Community Transport vice-chairman, who learned of the donation at the coffee morning, said: “I was shocked. I wanted to cry. It’s been such a worry thinking ‘how on earth are we going to raise this money?’. Now we are nearly there. I can’t express in words how I feel. It’s absolutely fantastic.”

It was selfish. I was thinking of myself, because I really enjoyed doing it….

Jill Elson, Exmouth and District Community Transport founder, said: “This makes a tremendous hole in how much we have to raise.”

The coffee morning at Bronte Court, attended by regular users of the community transport service, was organised by resident Carolyn Preston and raised £700 for the new bus.

Shirley Snee, aged 83, of Parminter Close, Littleham, who has been using the community transport service for more than 15 years, said: “ Without it I wouldn’t go out nearly so much, whereas now I go to all these different places and I get to meet different people that I wouldn’t normally get to meet.”

Irene Davies, also 83, of Egremont Road, in The Colony, Exmouth, said without the bus service, she would stay at home with little company and isolated at weekends.

“There’s companionship on the bus. It fills the whole day and we get out and about,” said Irene.

Shirley and Irene both sang the praises of the ‘Ring and Ride’ transport – its pub lunch trips, days out in Devon, supermarket shopping visits and ease of use to attend medical appointments. 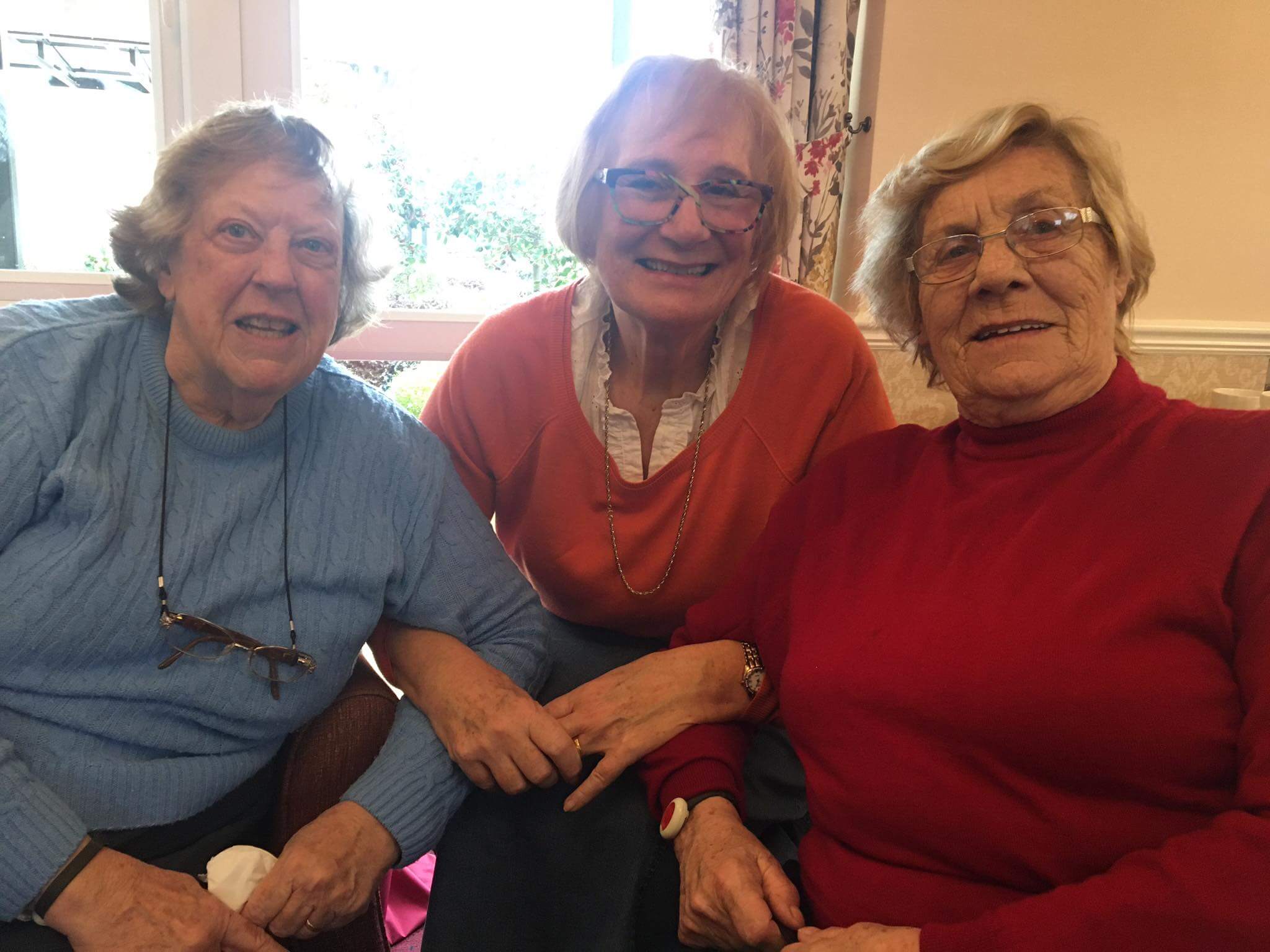 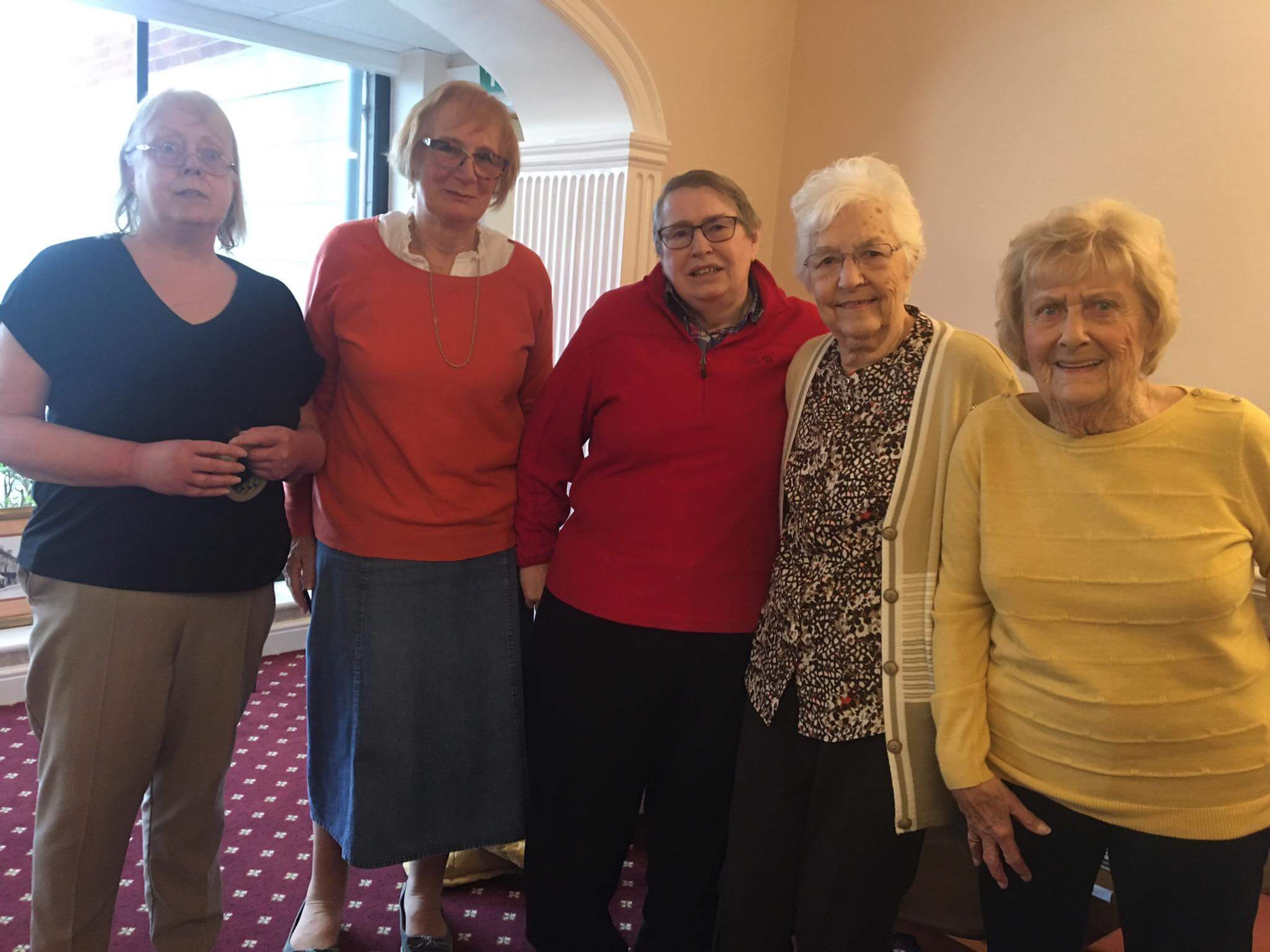 The door-to-door service means passengers see scenic routes of Exmouth, Budleigh Salterton and the outlying villages, as the bus picks each person up from their home, and drops them back at the end of the day.

Drivers carry walking aids to and from the bus, take shopping to the door and lunches to the table.

For more information about the Exmouth and District Community Transport Group see here.

To donate to the CrowdFunding appeal, see here.