Wednesday, May 12
Trending
You are at:Home»News»Exclusive»Residents’ parking permit plans for Exmouth begin with public consultation

Parking problems in Exmouth come under the spotlight next week with the launch of a public consultation proposing residents’ permits, on-street pay-and-display and waiting restrictions.

The proposed parking shake-up starts when hundreds of consultation cards are sent to homes in some of Exmouth’s most congested streets, including The Colony, Withycombe Raleigh and the town centre.

Devon County Council’s residents’ parking consultation runs from Friday, October 4 until October 25. It was prompted by complaints from those living in streets considered problem areas.

This is not going to be quite the magic wand everyone thinks it’s going to be. There are far too many vehicles, that’s the problem…

A parking problem zone has been identified and residents or traders with homes and businesses on roads and streets inside the area can expect to receive a consultation card in the post.

Devon County Council says the aim of the scheme was to ensure residents have priority to park within their own area, while also recognising needs of local schools and businesses.

The council has proposed Exmouth has a combination of: 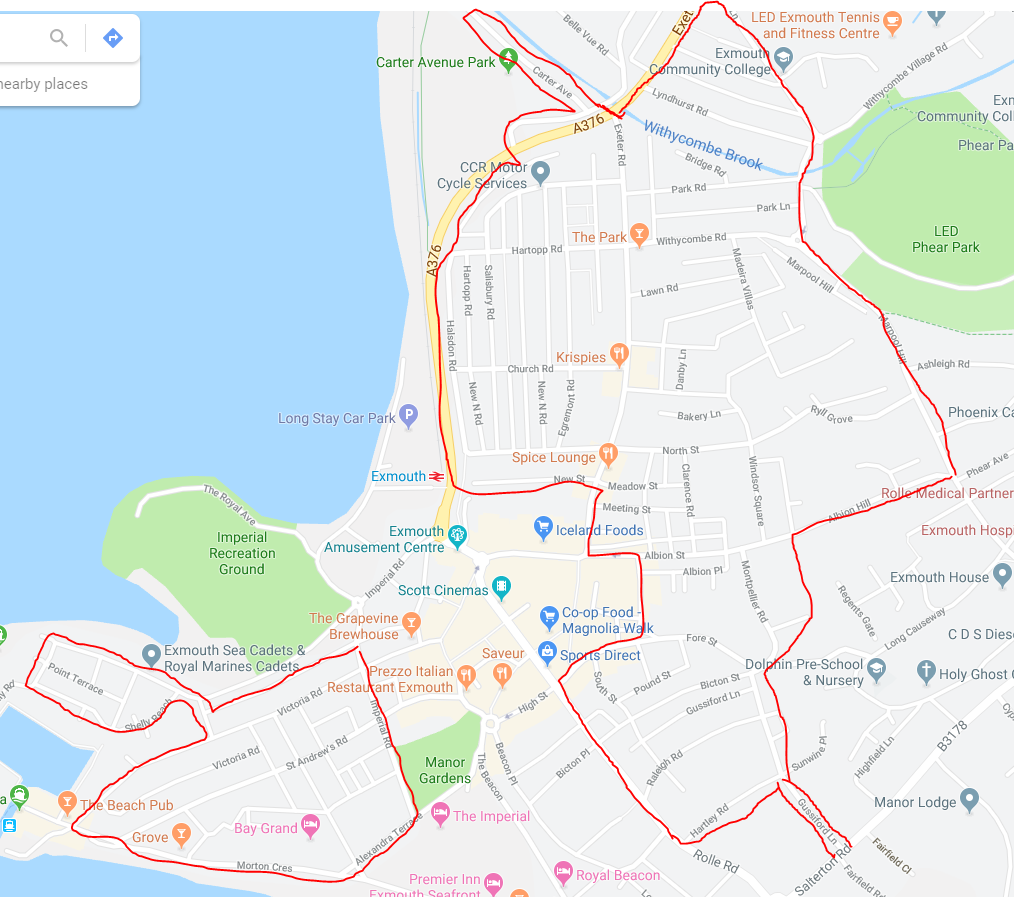 The areas inside the red line are where residents’ parking permits, restrictions and on-street pay-and-display could be introduced.

He said restrictions would only operate between 8am and 6pm and were unlikely to end Exmouth’s parking problems.

Cllr Scott said the introduction of permits would mean a ‘big change’ for the town.

“This is not going to be quite the magic wand everyone thinks it’s going to be. There are far too many vehicles, that’s the problem,” said Cllr Scott. “The public perception of residents’ parking is you will get a parking space outside your house. That’s not how it works. If you have a permit you will be able to park anywhere within the scheme.

“Residents needs to read the document and understand fully the pros and cons.

“It’s not going to solve the entire issue. It might alleviate some of it.

“The criteria needs to be read very, very, carefully.”

The zone has been set out to prevent pushing parking congestion to neighbouring roads.

The council said residents’ consultation comments will contribute to the final decision.

The public perception of residents’ parking is you will get a parking space outside your house. That’s not how it works. If you have a permit you will be able to park anywhere within the scheme…

“Everybody in the designated area will get a card asking them to take part,” said Cllr Scott.

“Other people who live outside the designated area will have their views considered.

“Residents need to carefully and fully weigh up the benefits, cost and implications.

“If the residents come back and say this isn’t going to work and won’t make a difference, at least we have lanced a boil – and we will have to be more creative with what we are going to do.”

He added: “Councillor Jeff Trail and I have recognised and listened to the concerns of residents.

“Jeff and I committed in May 2017 to support a consultation to allow residents a say on a controversial issue.

“Our officers have worked extremely hard to put together this consultation together, giving residents a chance to feedback their views.

“We ask all residents to read in detail the scope and practicalities of the scheme before responding.” 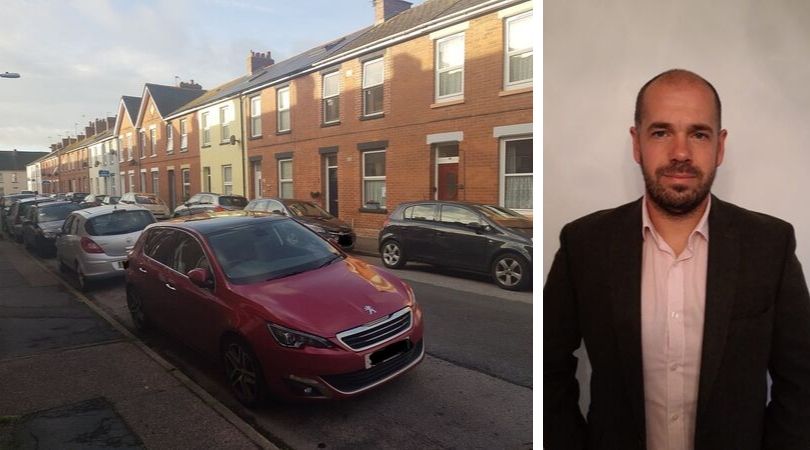 The consultation takes place from October 4 until October 25.

Postcards will be sent out next week and the online portal opens on October 4.