Sunday, June 26
Trending
You are at:Home»News»Exeter»Vision for 12,000 new homes in Exeter handed fast-track boost by government

Liveable Exeter scheme, which aims to build more than 12,000 ‘much-needed’ homes in the next 20 years, gets cash boost from Whitehall

A vision to create more than 12,000 new homes in Exeter over the next 20 years has been given a fast-track funding boost by the Government.

Whitehall chiefs have announced that the city’s transformational housing programme Liveable Exeter will receive cash to help speed up development. 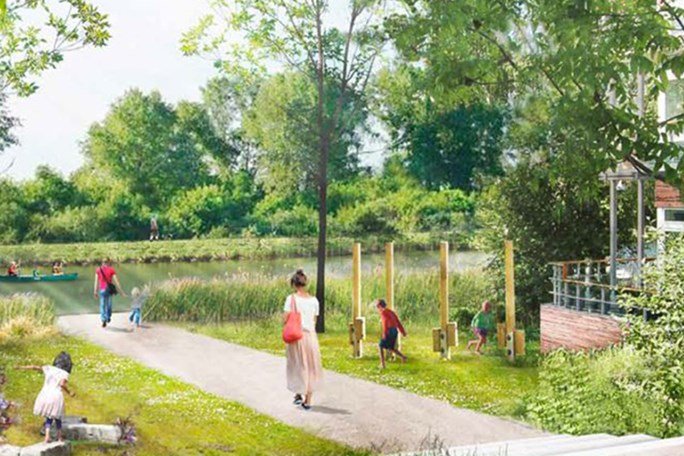 How East Gate might look in 20 years as part of the Liveable Exeter scheme. The project is looking to create 12,000 new homes in Exeter. Picture: Exeter City Council

Councils and groups from around the country submitted more than 100 ambitious proposals.

Those successful, including Exeter, are receiving initial funding to help create vibrant, thriving settlements where people can live, work and raise families.

The government money will be spent by councils to help to deliver the homes and infrastructure needed for both neighbouring communities and future residents. This includes specialist survey work and planning works.

“This announcement will assist with the delivery of Liveable Exeter, which will bring much-needed new homes to the city.”

The vision, unveiled by Exeter City Council in February, highlights the need to create new communities based on active travel including walking and cycling rather than the private car.

The announcement is one of several significant boosts to the city’s plans around homes, transport and jobs in as many weeks including securing a spot in the Future Place programme and being selected to work with the National Infrastructure Commission.

Exeter was recognised as one of five places in England that has the vision and ambition to create great places for the future, as part of the Future Place programme. It is intended to unlock place-making potential through quality in design, future thinking and knowledge sharing.