Tuesday, August 9
Trending
You are at:Home»News»Sidmouth»PHOTOS & VIDEO: World War II bomb found on beach at Sidmouth is blown up by Royal Navy

A World War Two bomb found by on Jacob’s Ladder beach at Sidmouth was blown up at sea by the Royal Navy.

An eagle-eyed member of the public earlier this week spotted what they believed to be a bomb, and swiftly took photos of the device to send to the specialist maritime centre where incidents are coordinated. 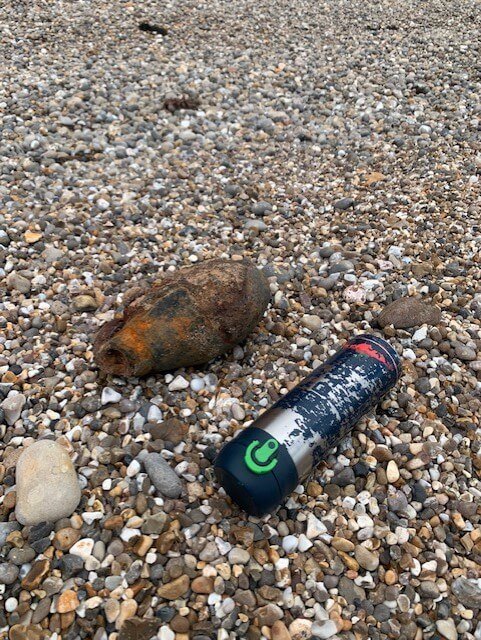 The images were seen by the Explosive Ordnance Disposal (EOD) team and the metal item was quickly identified by the bomb squad at Plymouth as a Spigot Mortar – an anti-tank weapon left over from WWII, more than 70 years ago – and the beach was immediately closed to the public. 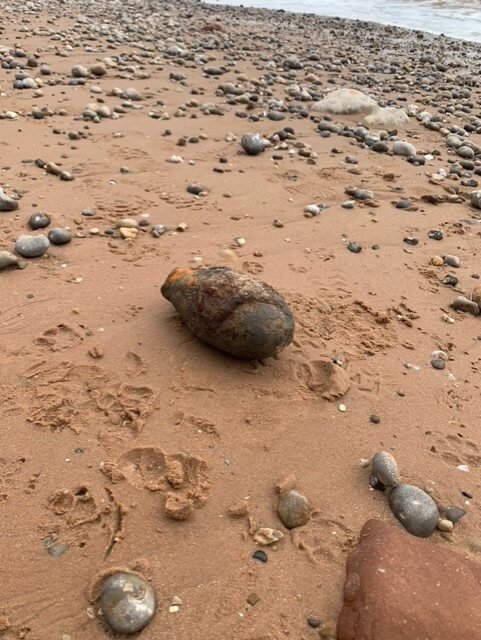 The old WWII bomb was found on the beach at Jacob’s Ladder Sidmouth.
Photo: Royal Navy. 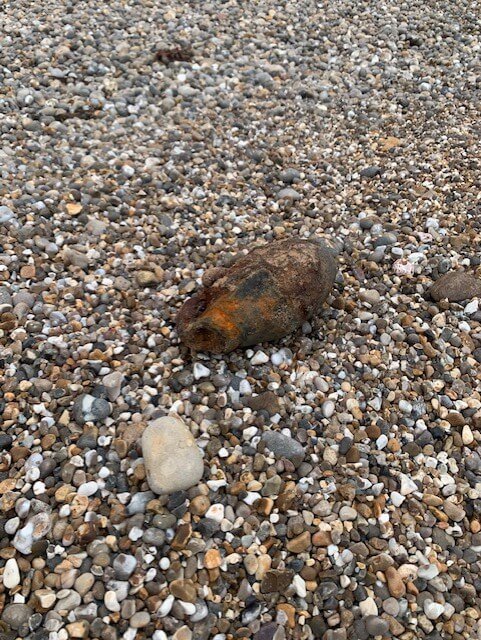 When the Royal Navy (RN) bomb squad arrived at Jacob’s Ladder, they attached a charge to the weapon and safely exploded the device in the sea.

A loud boom could be heard, and sea water was thrown high into the air, as the bomb was detonated away from the shore.

A spokesman for Devonport’s Royal Nay Bomb Disposal team said: “We are grateful to the public for alerting the Coastguard and the Devon and Cornwall Police when items like this are found, and delighted that we were able to deal with is swiftly.

“It was a very slick operation by the Coastguard giving us a great cordon both on land and sea using the lifeboat.”

The Royal Navy’s bomb squad were tasked to the beach after a call from the police.

When the team arrived, they identified the origin of the metal object and made it safe.

Beer Coastguards, Sidmouth lifeguards and the town’s lifeboat crew were tasked with keeping the public away from the beach, and the surrounding waters, while the bomb squad set to work.

Royal Navy bomb experts detonated the explosive device away from the beach, in deep water.

A Beer Coastguard Rescue Team spokesperson said: “A member of the public reported an object on the beach that could be ordnance.”

“They took photos and sent them to the Joint Rescue Co-ordination Centre. They in turn tasked us to locate the object and set up a cordon to keep the public away from the area.

“The photos had been sent to the Explosive Ordnance Disposal team at Plymouth for their expert opinion on what the object was.

“When on scene we located the object set up a cordon and waited for the Explosive Ordnance Disposal team to advise us.

“They immediately dispatched the bomb disposal team from Plymouth.

“On their arrival it was confirmed as a Spigot Mortar from World War Two, and that they would attach a charge and swim it out to deeper water where it would be detonated.”

The spokesperson added: “Sidmouth lifeboat and Sidmouth lifeguards were tasked to assist us by ensuring nobody came into the area from seaward.

“Once the mortar was in position it was detonated successfully.” 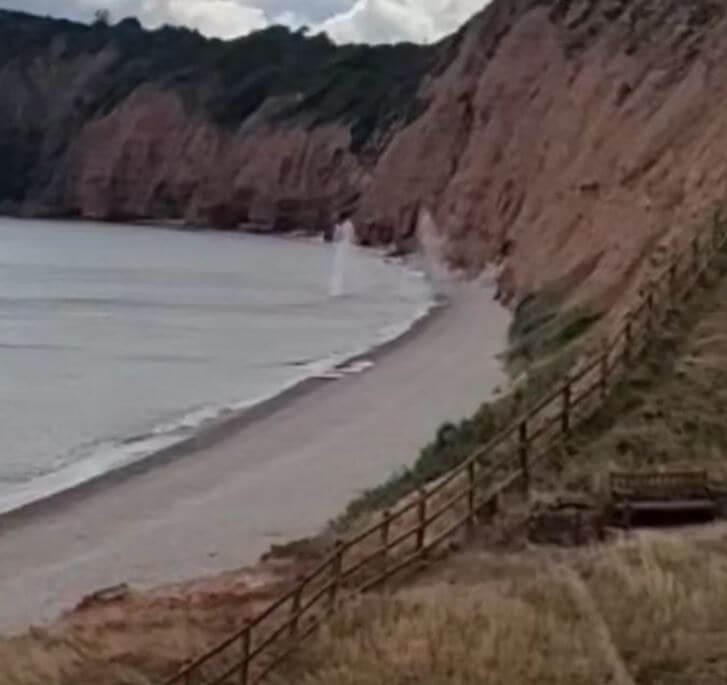 The moment the bomb exploded in the sea.
Image: Beer Coastguard Rescue Team.