Exmouth lit its lifeboat blue on Monday night (July 25) as the RNLI shone the spotlight on World Drowning Prevention Day.

The town’s all-weather lifeboat, and lifeboat station, turned neon blue as the sea safety charity crew joined forces with RNLI colleagues across the country to highlight the impact drowning can have, internationally, on families and communities.

Shining as a beacon of blue, the Exmouth lifeboat station and all-weather vessel was lit by Stage Engage Limited, in Exeter.

Further along the seafront, Ocean, in Queen’s Drive, was among other UK locations to illuminate blue in support of the campaign. 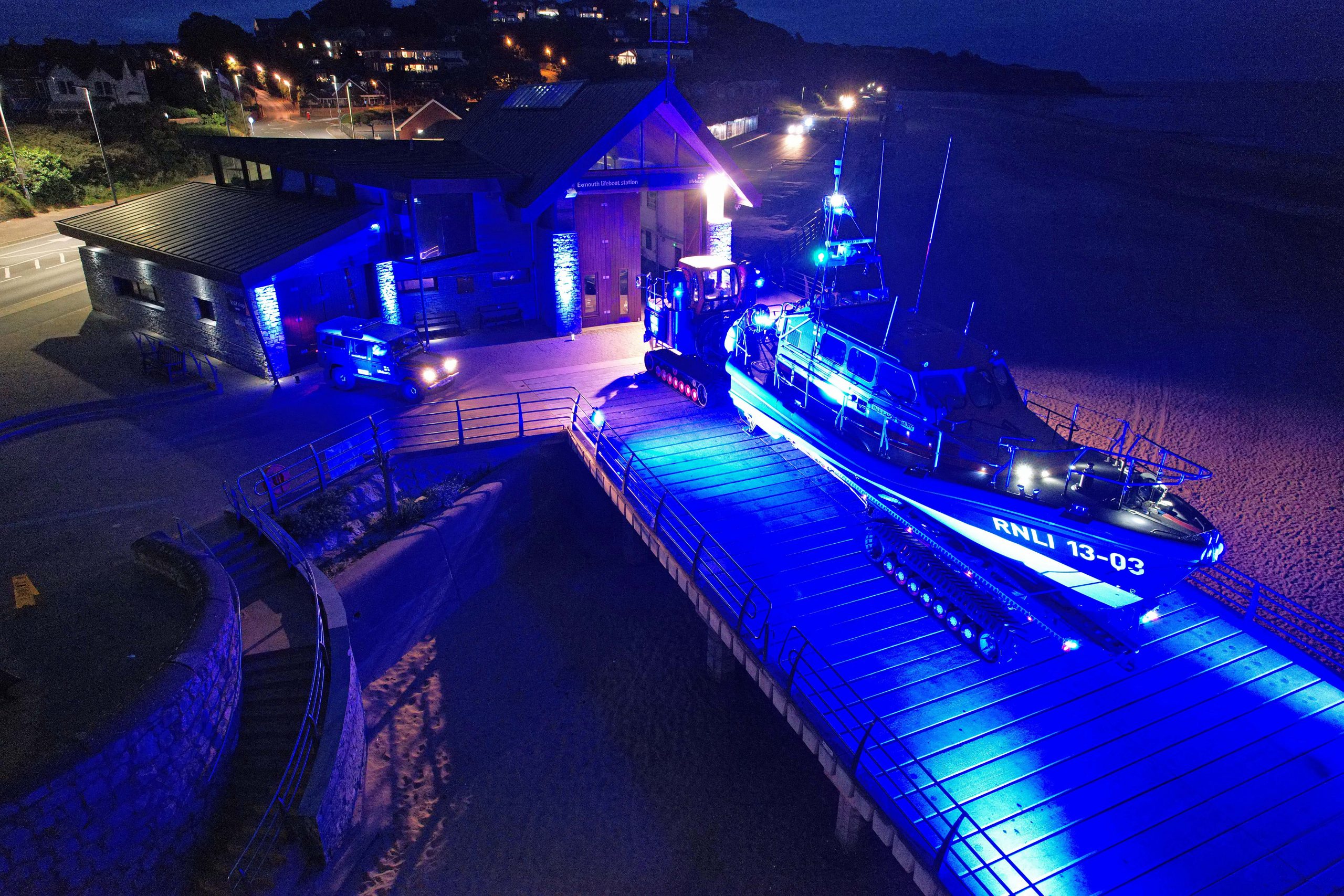 “Thousands of people lose their lives to drowning around the world every year, and we are keen to do all we can in helping to bring this number down, whether that’s through our own work, or through partnerships like this.”

He added: “It’s great to see so many well-known buildings across the south west joining us in going blue – my thanks go to everyone who is supporting this hugely important campaign.”

The Royal National Lifeboat Institution (RNLI) arranged for buildings across Dorset, Devon and Cornwall to show their support for World Drowning Prevention Day – July 25 – by lighting up in blue. 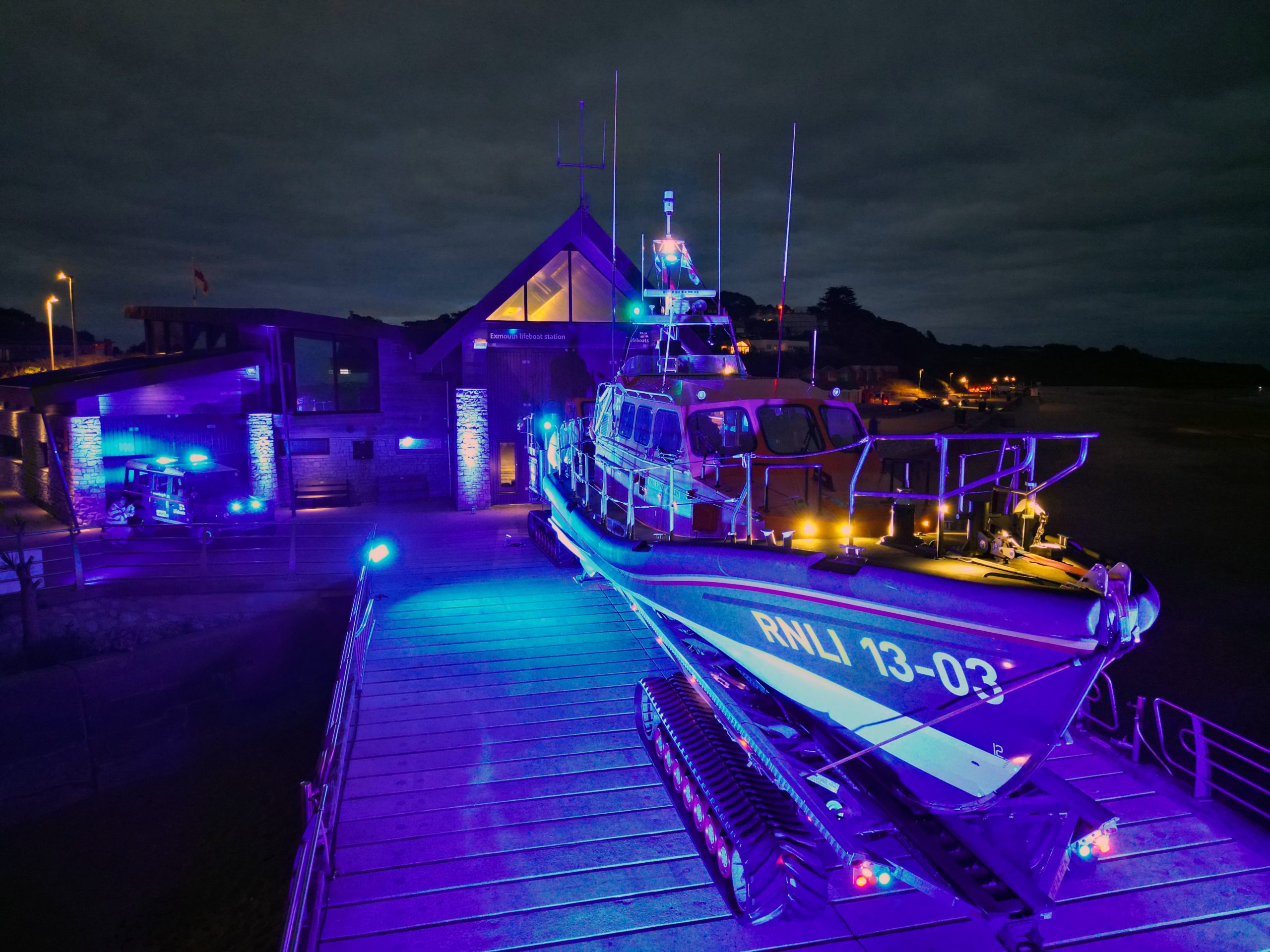 And the RNLI is backing the National Water Safety Forum’s Respect the Water campaign, which aims to raise awareness of what to do if you see someone struggling in the water.