A retired kitchen fitter from East Devon has turned his hand to create a famous flying car for children visiting a hospice.

Kevin Edge, aged 72, from Lympstone, near Exmouth, East Devon, spent two years and used a host of everyday household items to build a model of Chitty Chitty Bang Bang, which he donated to the Children’s Hospice South West charity (CHSW).

Children at the charity’s Charlton Farm hospice, near Bristol, have hailed the Chitty model ‘a huge hit’. 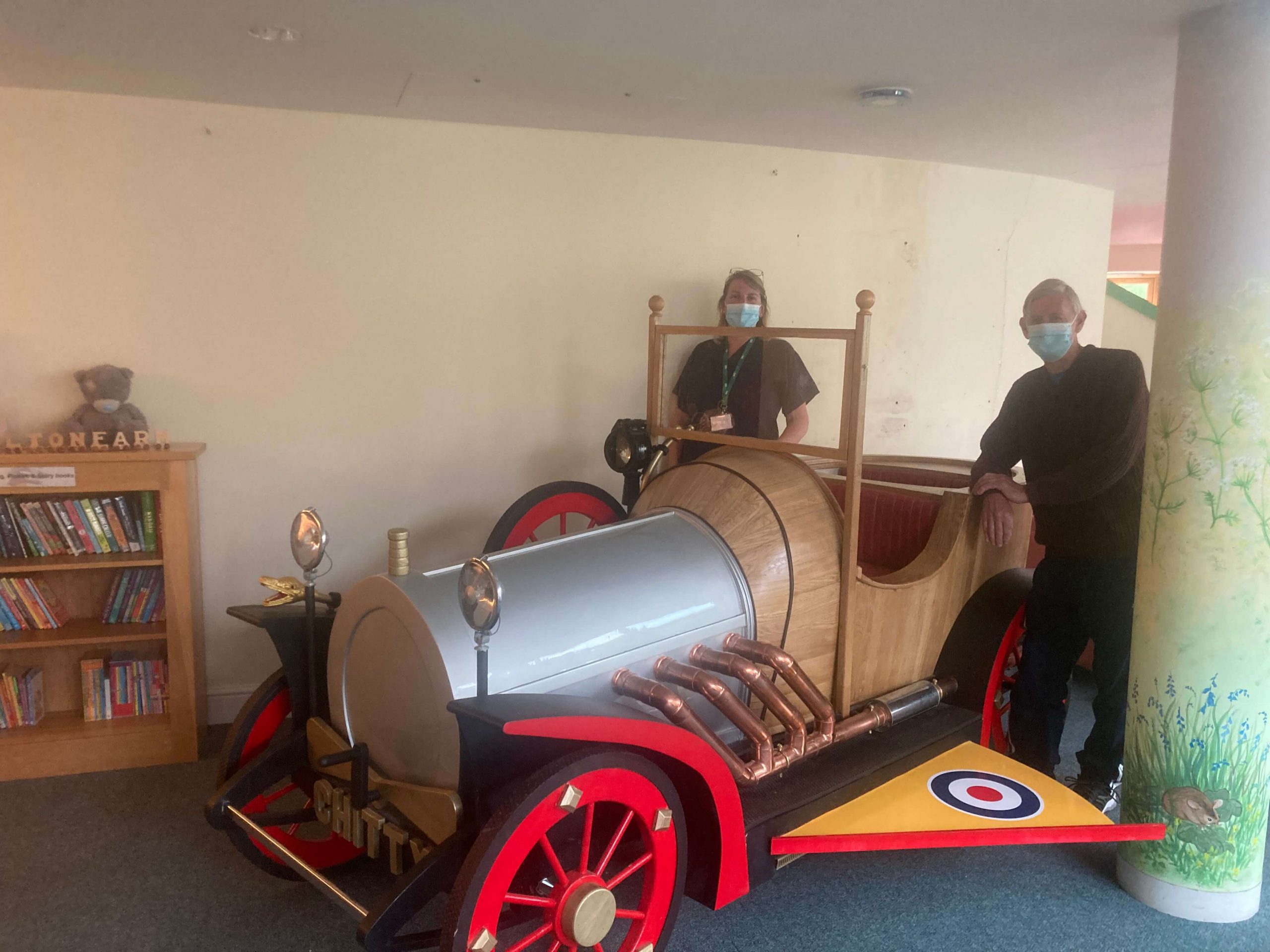 The model car was donated to the Children’s Hospice South West.
Photo: CHSW.

Karen Greaves, head of care at Charlton Farm, said: “Kevin’s beautiful car takes pride of place at the family entrance to the hospice, and is such a joyous thing for families to see when they visit Charlton Farm.

“It has already been a huge hit at the hospice and we’ve got plans to give the wall next to Chitty a sky theme to really give her wings.”

Kevin, a superfan of the 1968 Chitty Chitty Bang Bang film, began building his replica of the famous flying car during lockdown.

He spent two years on the project, and used everyday items, such as a loo brush and Thermos flask, to bring his design to life.

Kevin, who previously built a Thomas the Tank Engine replica, said he hoped Chitty would ‘bring some sunshine into the lives of children at the hospice’. 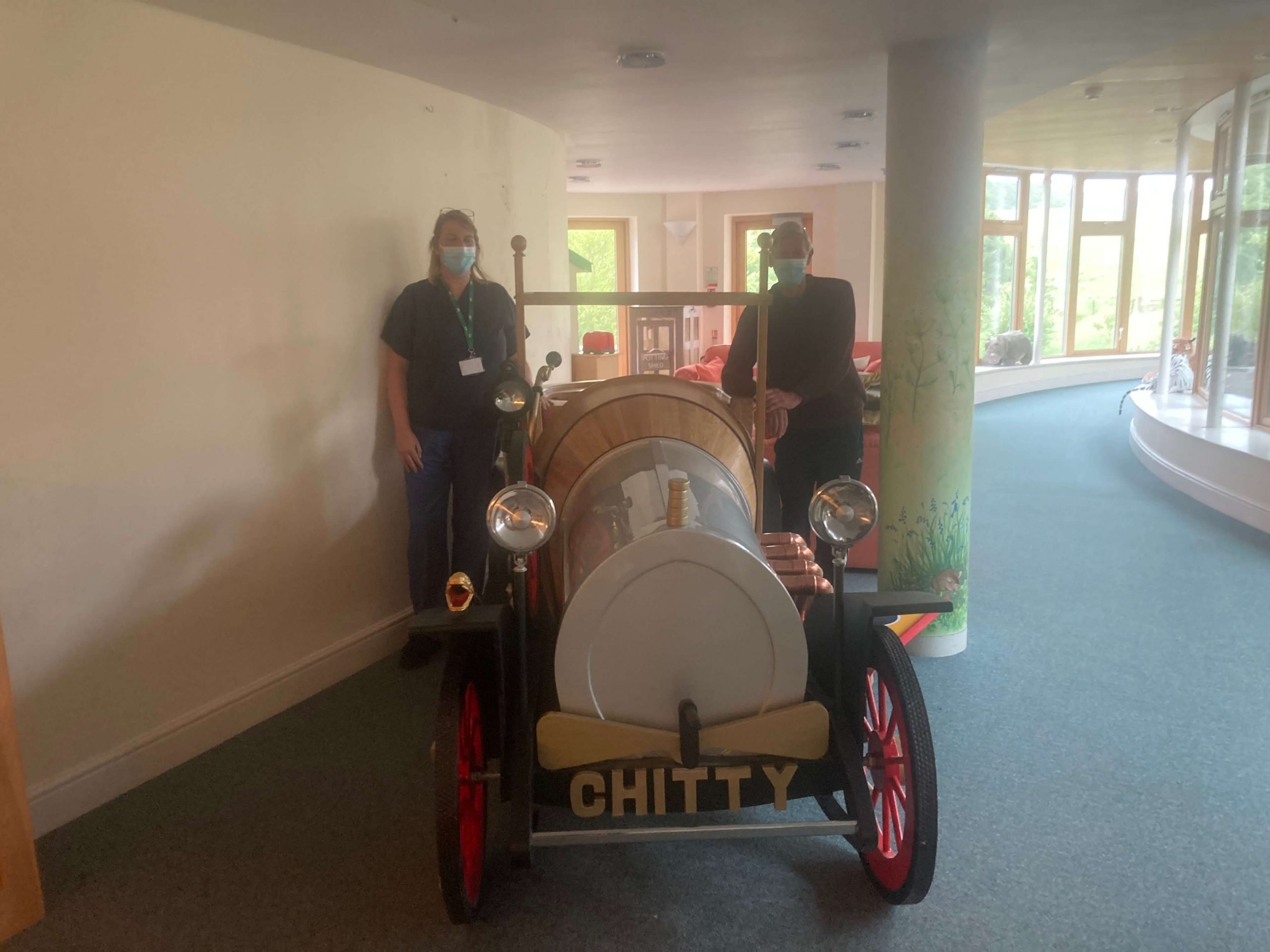 A spokeswoman for the CHSW said: “Kevin made the magical car in his workshop, using various materials, including household objects such as a toilet brush holder and a thermal flask.

“Members of the community donated parts to support Kevin’s creation; a local garage donated car dials, while an upholsterer donated real leather for the seats.”

Kevin’s next project is a Tardis and a Dalek from the sci-fi TV programme, Doctor Who.