Friday, August 19
Trending
You are at:Home»News»Sidmouth»Cost of Sidmouth sea defence scheme rises by £5million as Ukraine war, Brexit and soaring prices are blamed

Long-awaited new sea defences in Sidmouth are set to cost an extra £5million.

Estimates for the scheme have soared from £14million to £19million – with rocketing material and diesel prices, Brexit and Russia’s invasion of Ukraine blamed for the rise.

A ‘hybrid option’ includes an extra rock island off the town and a 120-metre groyne at East Beach.

Driving forces behind the bid are seeking extra cash from the Government.

It is hoped construction work can begin in spring 2025.

An East Devon District Council (EDDC) spokesperson said: “The Sidmouth and East Beach Beach Management Plan Project Advisory Group is proposing to proceed to the next stage, with plans to secure the extra funding from government or by bridging the shortfall if required.

“The authority is now preparing its outline business case for the Sidmouth Beach Management Scheme (BMS) readying it for submission to the Environment Agency (EA) for funding.

“It is hoped that work on the ‘hybrid’ scheme can begin in spring 2025, giving Sidmouth seafront and East Beach the vital coastal defences it needs. 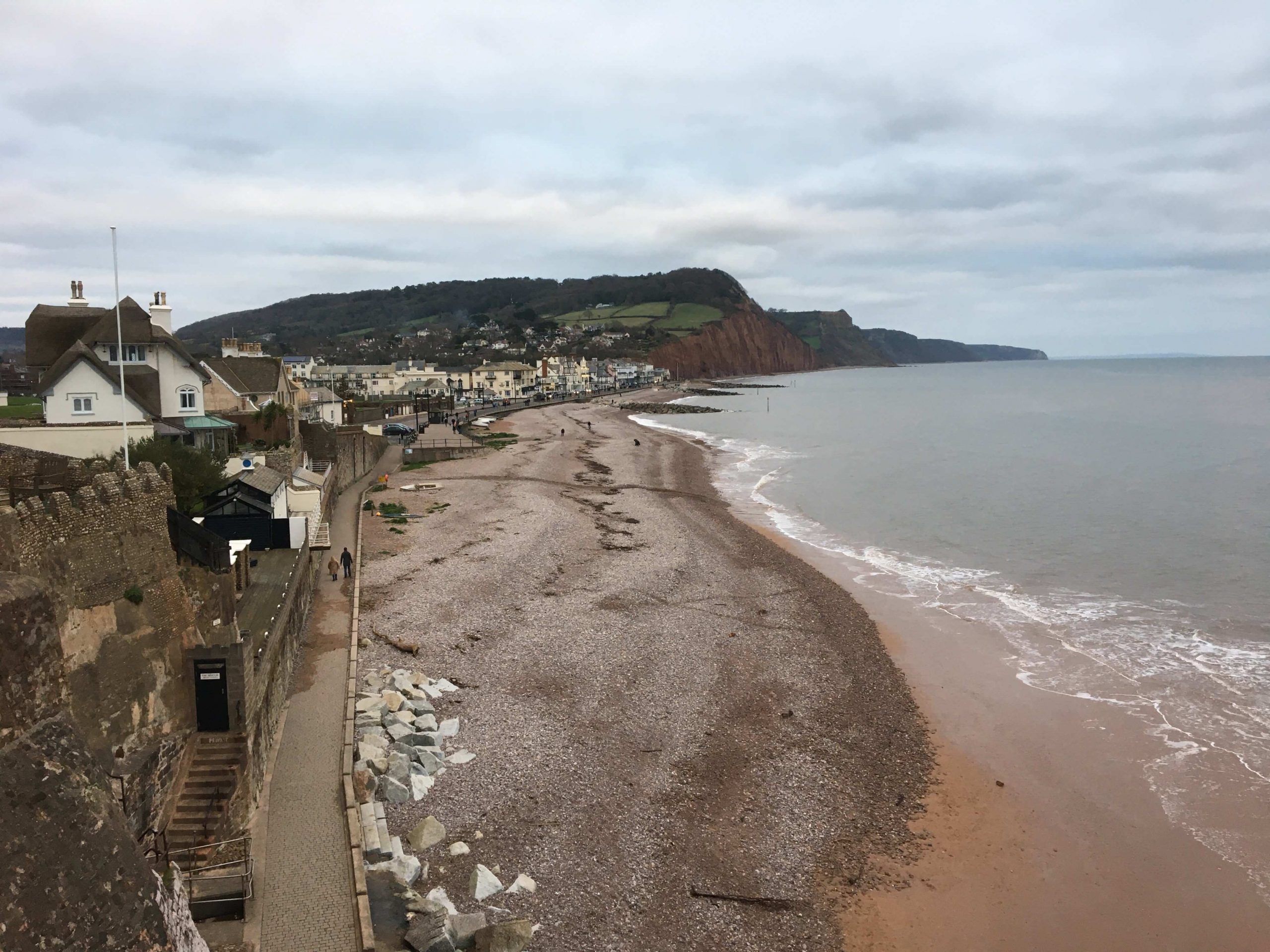 “The increase in the cost of the scheme is due to a number of factors including material costs rising by up to 200 per cent; diesel costs rising by 50 per cent; staff shortages caused by a smaller labour pool after leaving the EU; ongoing Covid issues; the Russia-Ukraine war increasing energy costs further; construction risks such as availability of materials and equipment and the danger of cliff falls on East Beach.

“This is not the only project affected by these issues and a cross-country campaign has been launched by all the bodies developing flood and coastal defence projects, seeking to change government funding to enable the projects to proceed.

“The Sidmouth BMS is being used as an example to explain the urgent requirement for extra funding to avoid these Government-funded schemes from failing.

“In the meantime, to allow the scheme to progress, the authority will submit a report to EDDC’s cabinet and full council, seeking approval for the additional funds from the capital budget as a temporary loan until further money can be secured from elsewhere.”

A ‘hybrid’ option for Sidmouth

The district council says: “After changes to Defra funding in 2020, EDDC was able to start work on plans for a new ‘hybrid option’ to replace the former 2018 ‘preferred option’.

“This option includes at least one additional rock island, which may reduce the need to raise the splash wall along The Esplanade and could lower the long-term costs of recharging the beach with new material, which will be needed in the future.

Councillor Geoff Jung, EDDC portfolio holder for coast country and environment and chair of the Sidmouth BMP Project Advisory Group, said: “The estimated uplift in costs is most worrying, but the advisory group considers that these works must proceed urgently to protect Sidmouth from the increasing risk from predicted storm events due to climate change.

“Therefore, the recommendation to proceed to the next stage will be put to a full council meeting shortly.

“I would like to thank our engineers’ officers, consultants and all members of the advisory group for all their work to get to this important stage.”