Friday, August 19
Trending
You are at:Home»News»Exmouth»Exmouth: Circus thanks concerned public after stunt rider crashes and is airlifted to hospital with serious injuries

A man was airlifted to hospital with serious injuries after two stunt motorcyclists crashed during a circus performance in Exmouth.

Police want to hear from anyone at the Circus Funtasia teatime performance on Wednesday, July 13, who saw or filmed the collision on their mobile phone.

Devon and Cornwall Police said a man was taken to Derriford Hospital, Plymouth, with serious injuries and The Health and Safety Executive has been informed about the incident.

Circus Funtasia said the man’s injuries were not life threatening, cancelled Thursday’s performances (July 14), and thanked the public for their concern.

A statement on Circus Funtasia’s Facebook page said: “Following an accident in our 5pm show yesterday (13/7) involving our motorbike riders, we would like to reassure everyone that the rider involved has been transferred to Derriford Hospital Plymouth, his injuries are not life threatening.

“Thank you for all of your concerns and messages we will keep you updated. 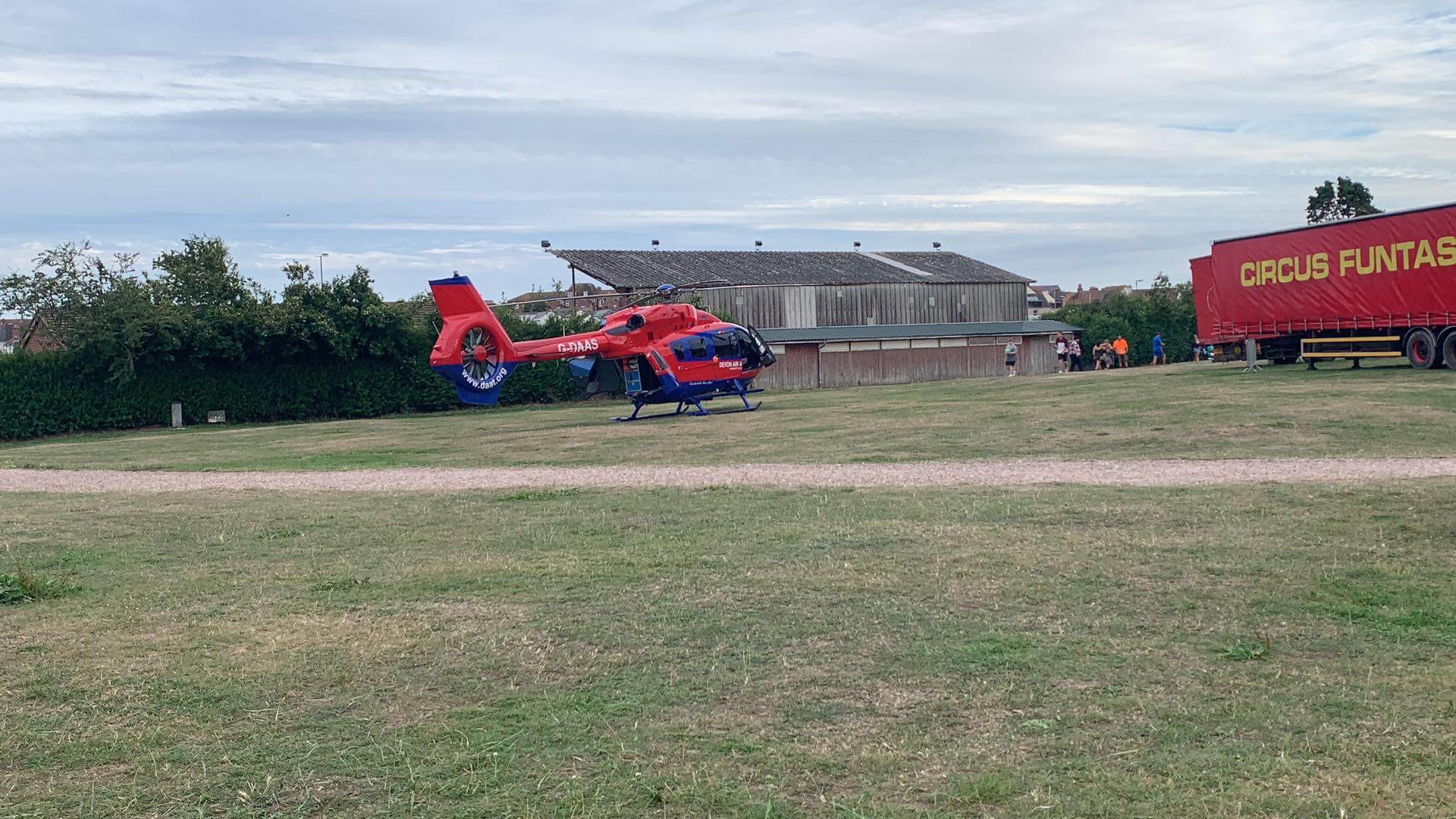 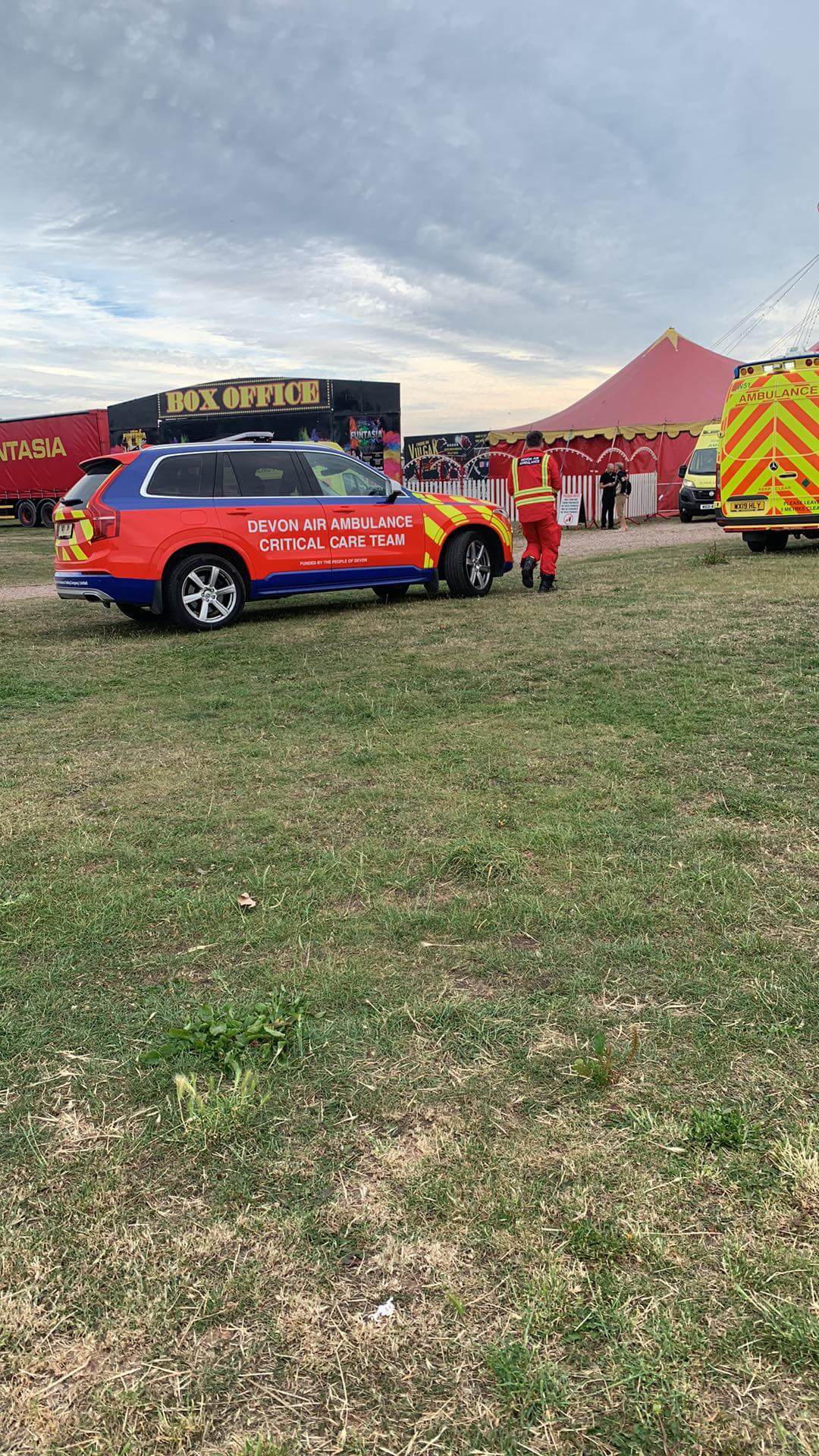 The ambulance service called police to the Imperial Recreation Ground, Exmouth, at 7.40pm where it is believed two motorcycle stunt riders crashed while riding fast inside a spherical metal cage.

The Devon Air Ambulance, paramedics, land ambulances, police and critical care teams were seen at the circus site, and a scene guard was put in place.

A Devon and Cornwall Police spokeswoman said: “Police were notified by ambulance at 7.40pm yesterday, 13 July, following an incident at a circus in Exmouth.

“Two motorcycles are believed to have been involved in a collision during a performance at the venue in Imperial Recreation Ground.

“One man has sustained serious injuries and has been taken to Derriford Hospital.

A scene guard is in place at the venue.

“The Health and Safety Executive has been informed about the incident.” 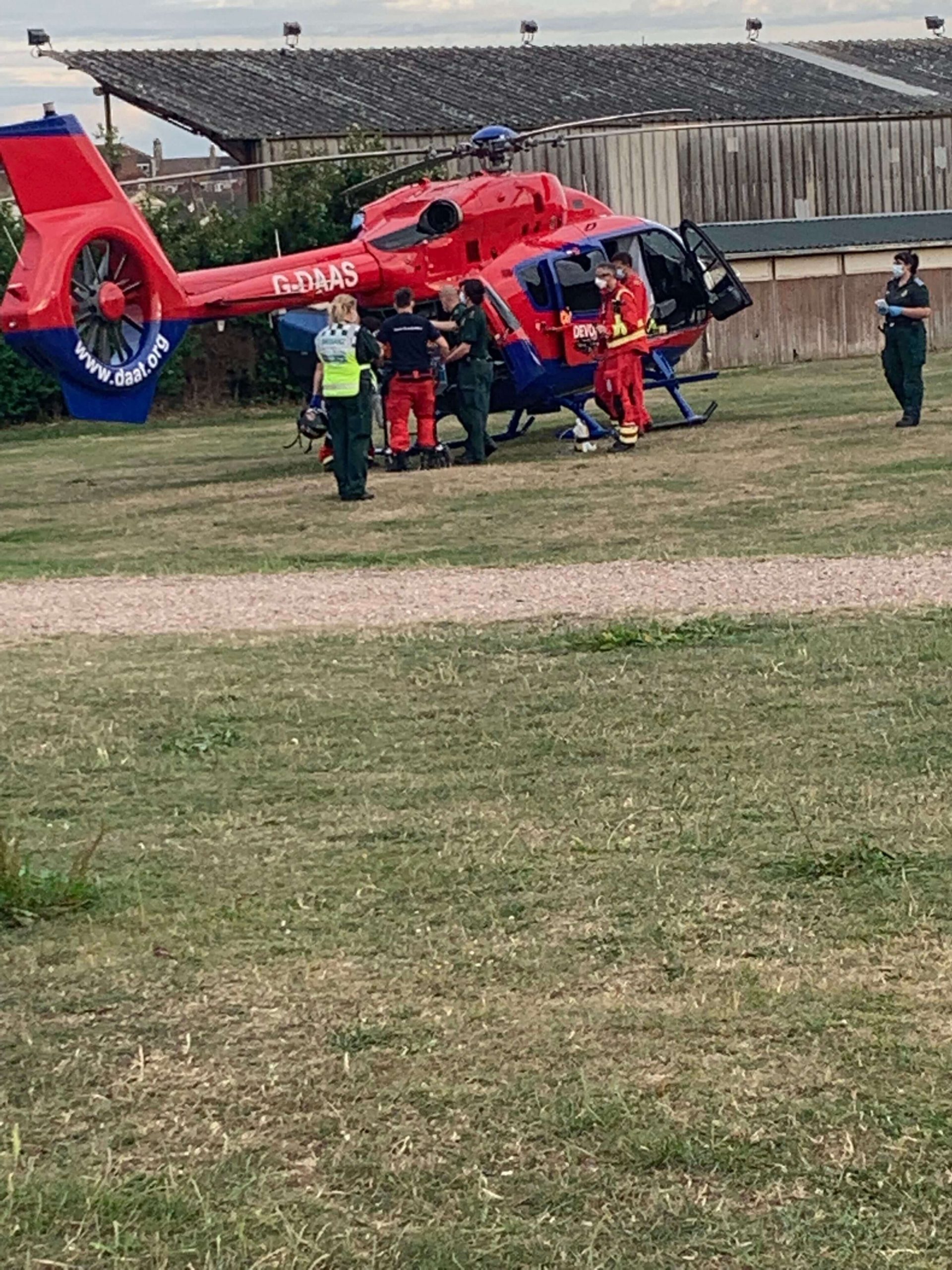