A television reality star and emergency biker praised the dedication of a charity based in Honiton when he joined its volunteers at the Devon County Show.

In his role as the charity’s Patron, the emergency biker teamed up with the volunteers at Westpoint, Clyst St Mary, near Exeter, on the second day of the county show, chatting to visitors about the ‘dedicated’ Devon Freewheelers. 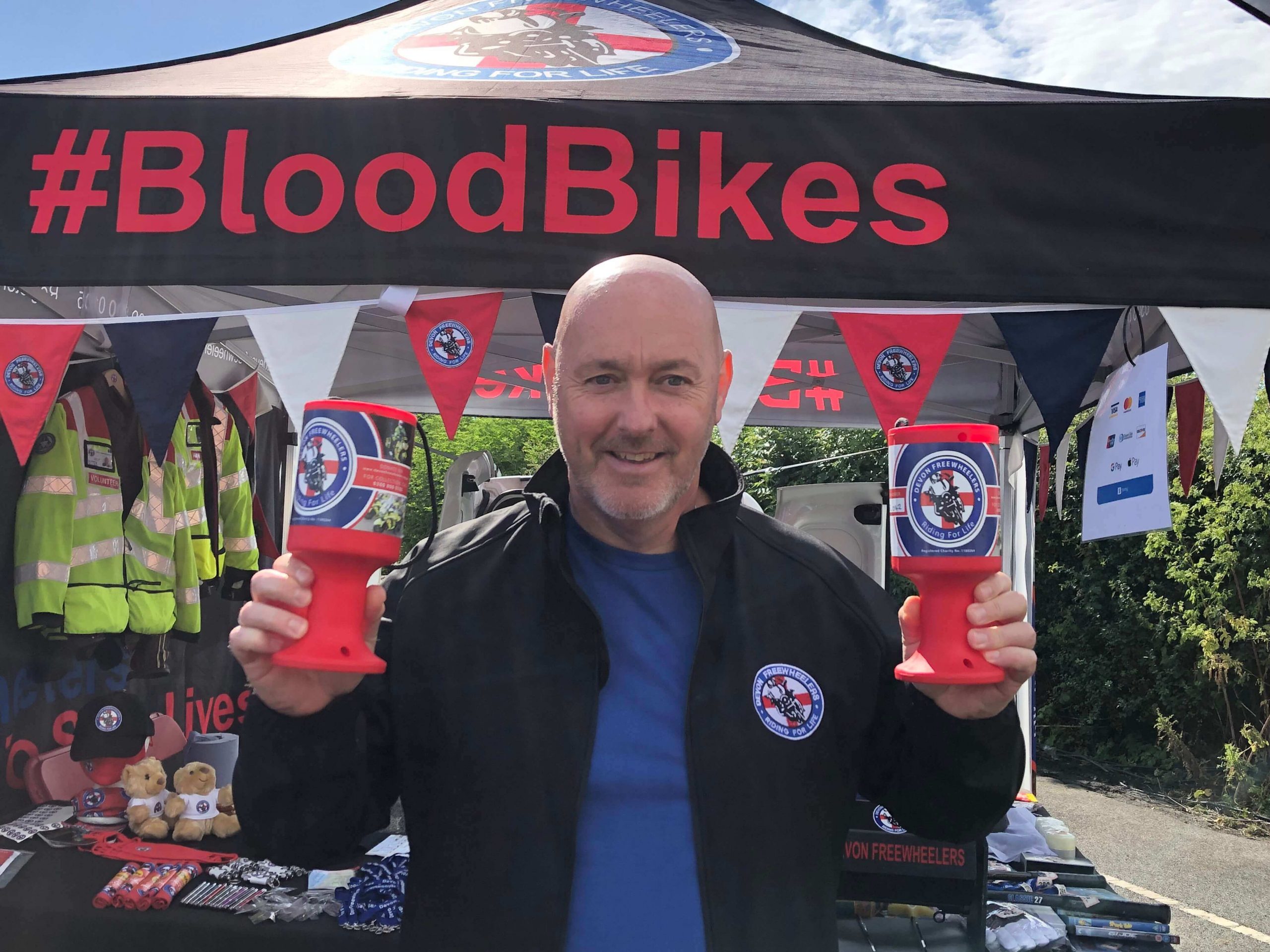 Mark, who rode down to Devon from his home in Sutton Coldfield, Birmingham, said: “It was great to meet up with some of the Devon Freewheelers volunteers at the county show.

“I got to see first-hand their hard work and dedication. It was clear to see the passion the volunteers have for the charity and its users. I would like to thank them for all that they do.”

“We are so grateful that Mark is the charity’s patron. He is always so encouraging of the Devon Freewheelers volunteers, and all they do to support the NHS for free.”

Mr Roe added: “We really appreciate Mark taking time out of his busy schedule to come down to Devon to be with us, shine the spotlight on our fantastic volunteers, and spend time talking to the public about what the charity does in the community.” 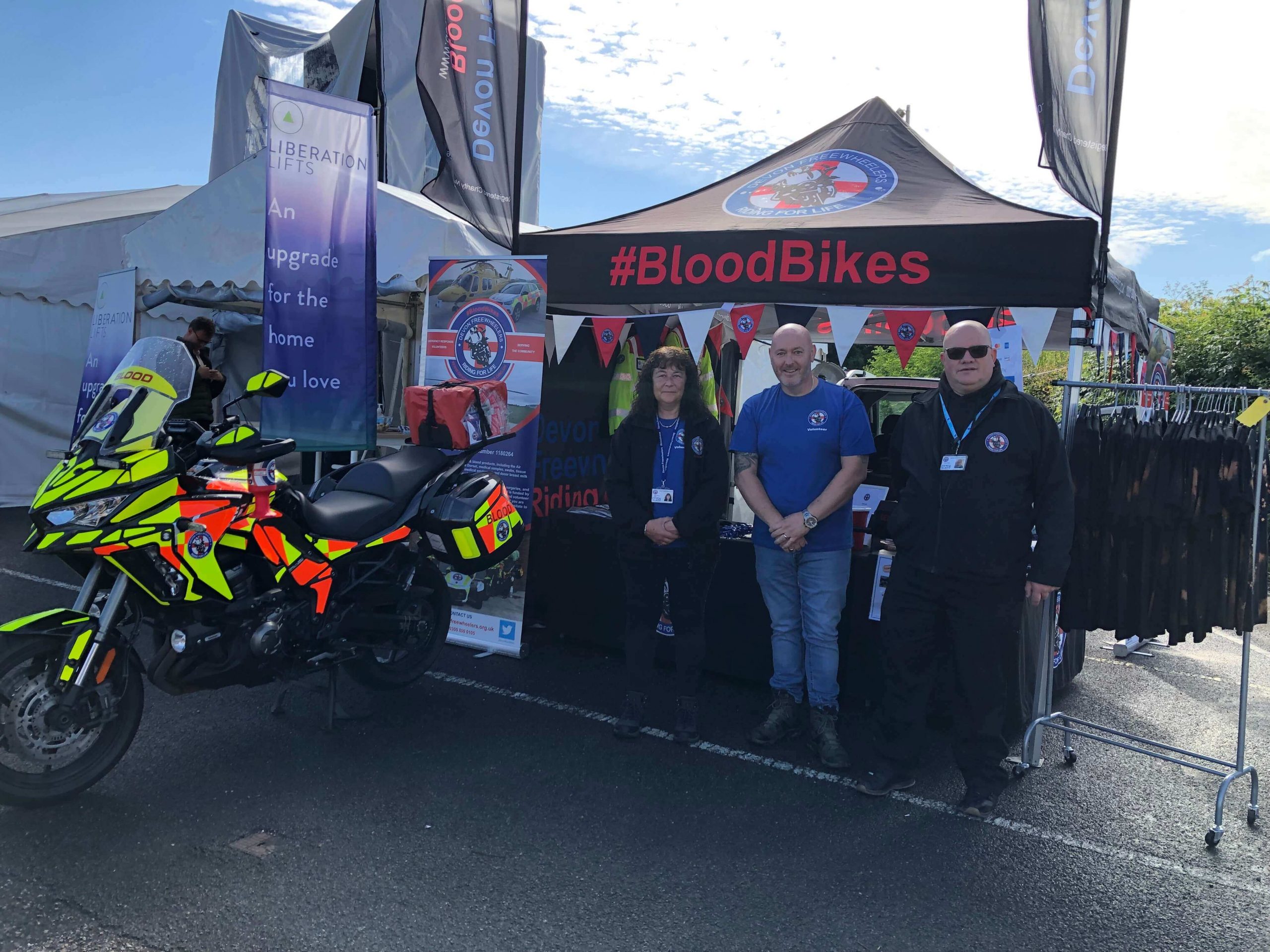 A paramedic biker for the West Midlands Ambulance Service, Mark is a familiar face to viewers and the motorcycle community thanks to series one of the Channel 5 series Emergency Bikers.

He agreed to become the charity’s Patron after he was invited in 2013 to visit the volunteers at the Devon Freewheelers’ headquarters in Honiton.

There, he learned about the size of the service, and how the blood bike volunteers travel hundreds of thousands of miles every year in sometimes difficult road conditions to deliver vital supplies throughout the community, to hospitals, medical surgeries and patients’ homes. 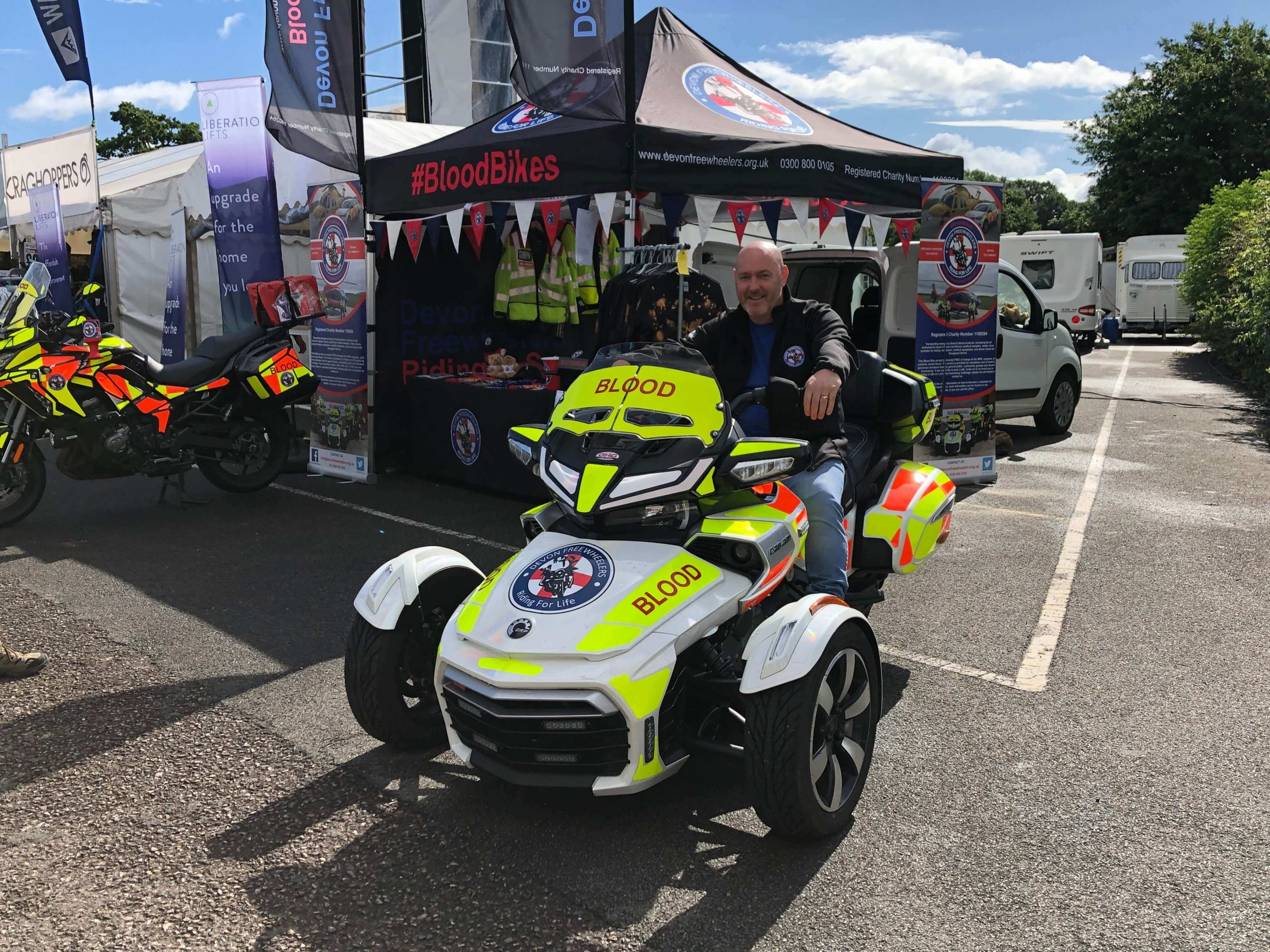