Exmouth RNLI volunteers took to dry land and the gym to take part in a fitness challenge to raise more than £1,500 for the charity.

Crew wore lifeboat kit and split into two teams as they tackled a series of cross fit exercises to score points, as part of the RNLI’s annual May-Day challenge, held nationally. 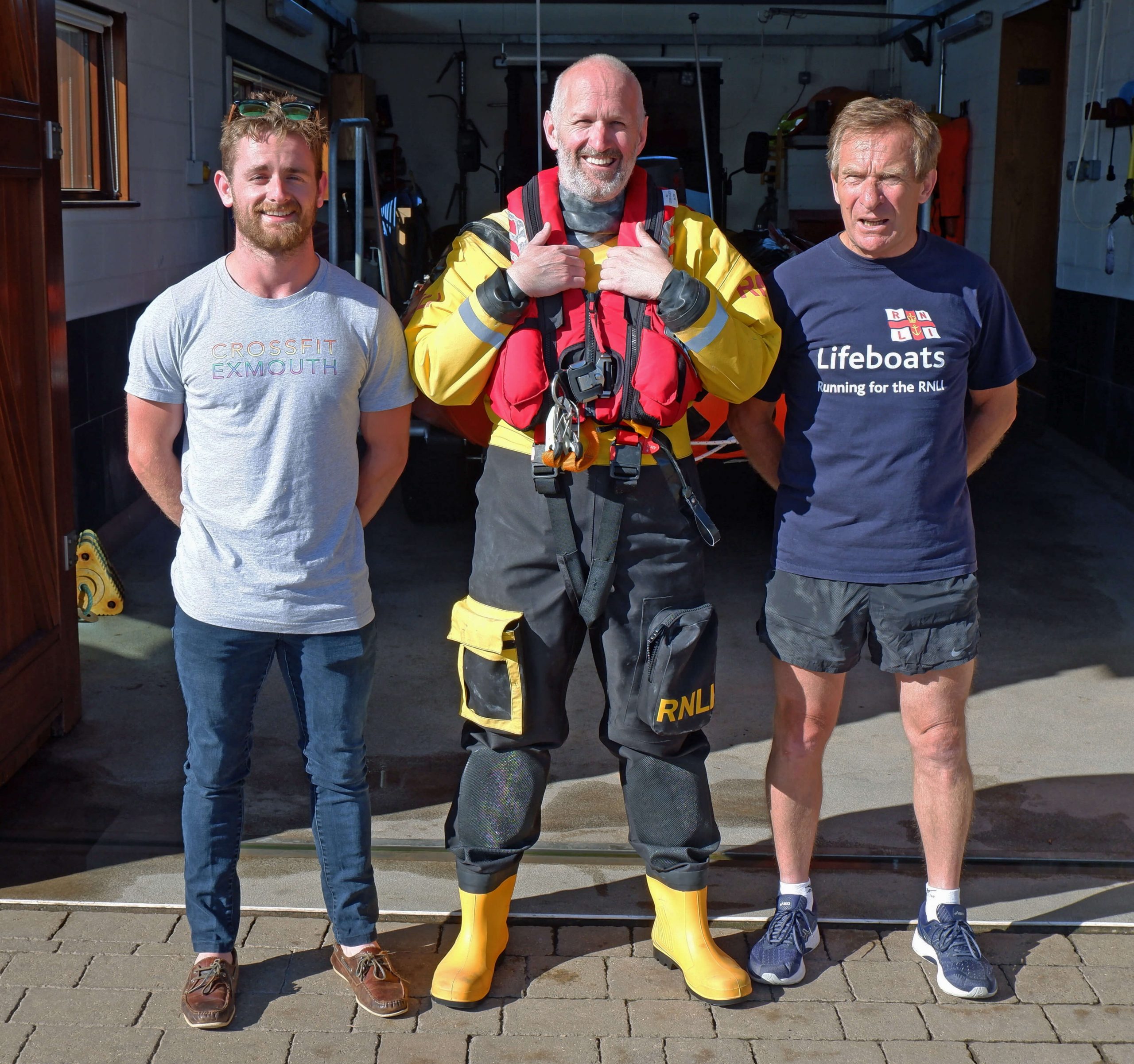 RNLI volunteer Geoff Mills, who organised the event, said: “We set ourselves a hard task to complete the challenge and I’d like to thank my fellow crew volunteers and supporters for taking part, with a special thank you to cross fit owner Shaun Spring for helping to make it happen.

“I’m especially grateful to all those who gave to this very worthy cause and whose donations will be put to very good use at Exmouth lifeboat station.”

“Once again Geoff has set the bar high to raise an incredible sum for Exmouth RNLI and I must thank all those who took part and gave their support to this fundraiser,” said Des. “The money raised will be used for crew training and equipment.” 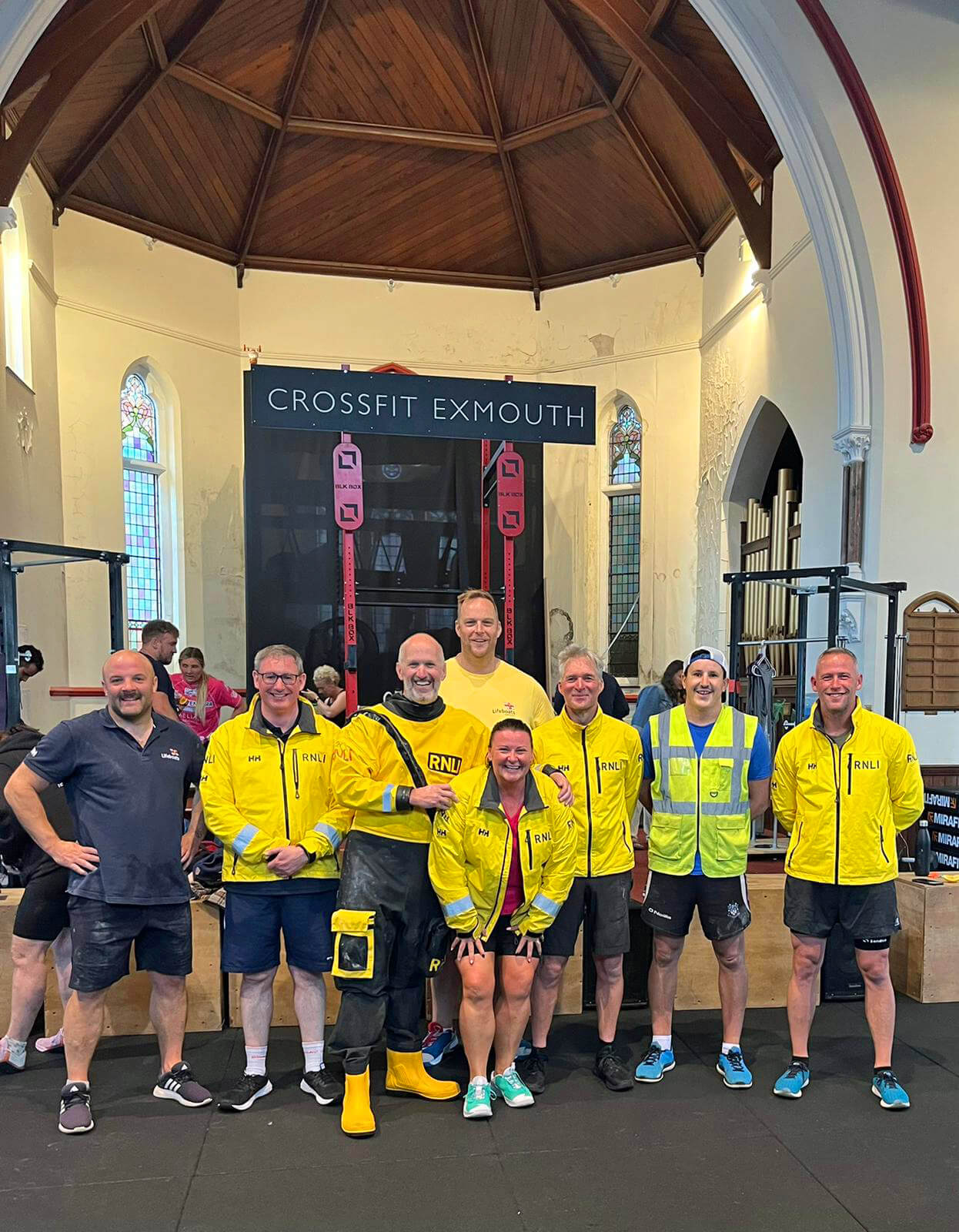 The volunteers split into two teams to tackle the challenges.
Photo: Exmouth RNLI.