The East Devon MP urged the PM to ‘do the decent thing and resign’, saying he ‘cannot tolerate any longer’ the PM’s behaviour, writes Local Democracy Reporter Ollie Heptinstall.

They follow a number of scandals involving Mr Johnson’s leadership – including parties and gatherings held at Number 10 during the Covid pandemic lockdowns.

Mr Jupp hinted he and his fellow Tories could force a leadership change if Johnson refused to quit. 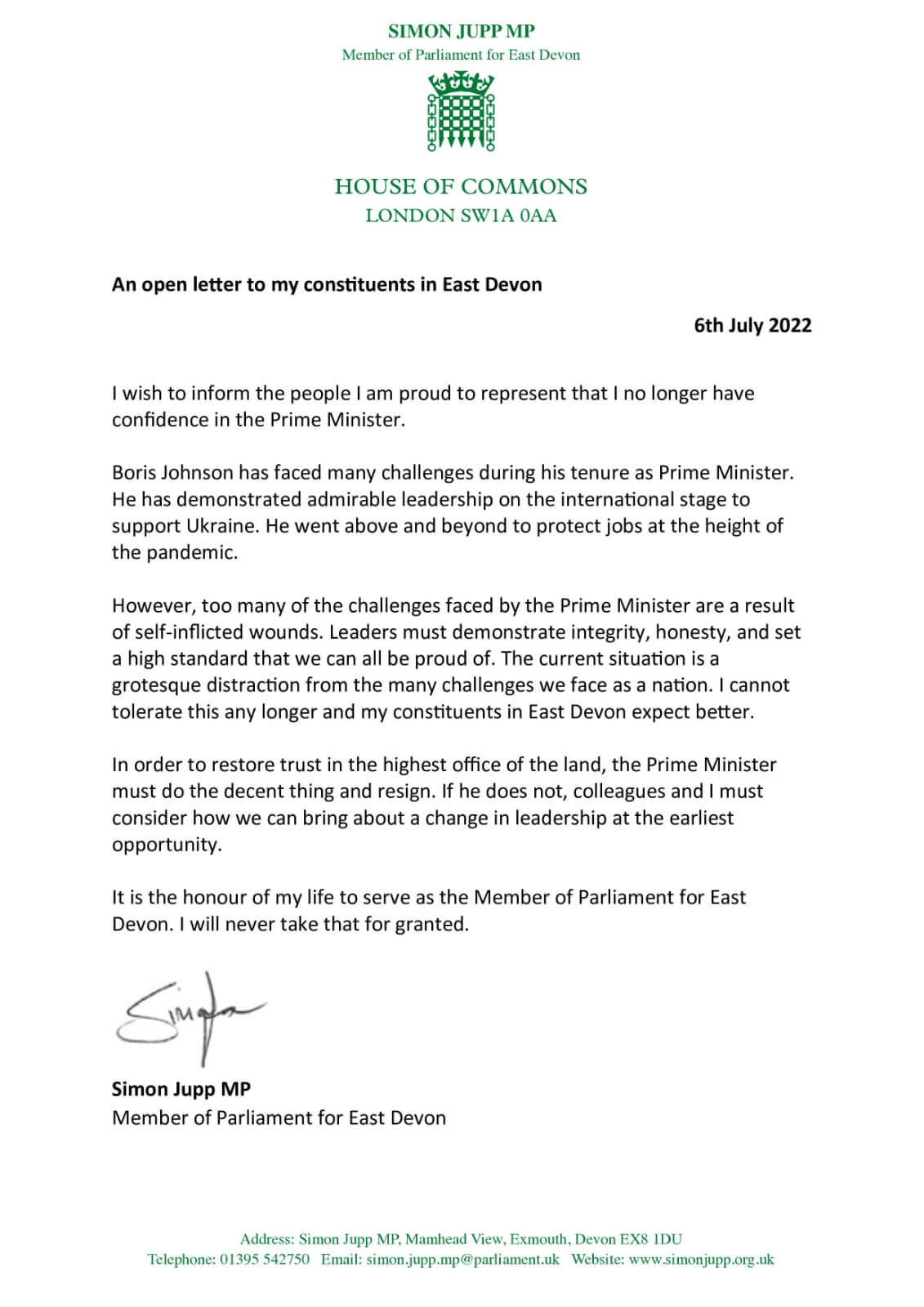 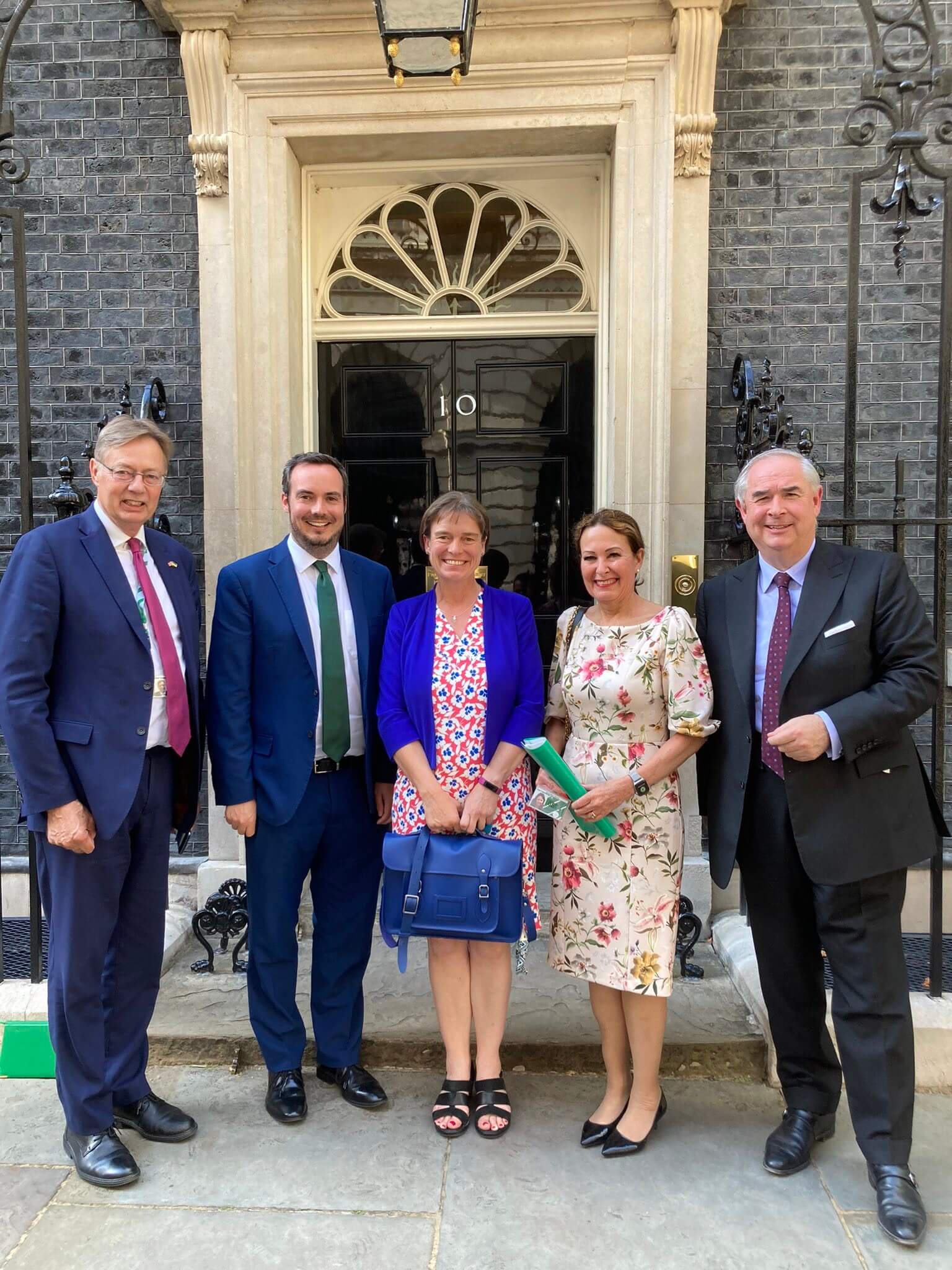 Devon Conservative MPs Selaine Saxby and Mr Jupp have both called on Johnson to resign as Prime Minister.

Ms Saxby – MP for North Devon – has quit as Private Parliamentary Secretary (a junior government job) at the Treasury.

She joins the many colleagues who have quit their government roles in the past 24 hours, including Rishi Sunak and Sajid Javid.

Mr Johnson denied being aware of complaints against Mr Pincher before he gave him a government job, but it later emerged he did know about the allegations.

In her resignation letter, Ms Saxby said: “Trust, truth and integrity are vital in our work as politicians and public servants, and I had hoped that the reset earlier in the year might have given us the chance for a different direction, however, the events of this week have shown that not to be the case.”

She says she hadn’t spoken out before to avoid causing a distraction during the Tiverton and Honiton by-election, which the Tories lost.

Ms Saxby added in the letter: “Whilst I have endeavoured to retain loyalty to your government, this is no longer compatible with the values I hold dear.”

East Devon’s Mr Jupp has also withdrawn his support for Mr Johnson, saying the current situation is a ‘grotesque distraction from the many challenges we face as a nation’.

The backbencher, first elected in 2019, added: “I cannot tolerate this any longer and my constituents in East Devon expect better.”

Despite saying the Prime Minister had ‘demonstrated admirable leadership on the international stage to support Ukraine’ and for going ‘above and beyond to protect jobs at the height of the pandemic’, Mr Jupp called on him to ‘do the decent thing and resign’.

Mr Jupp said: “If he does not, colleagues and I must consider how we can bring about a change in leadership at the earliest opportunity.”

Only on Monday (July 4)  were Mr Jupp and Ms Saxby photographed smiling on the doorstep of Number 10, where, according to Ms Saxby, they ‘met with Boris Johnson to highlight key projects we are working on across the whole county’.

The MPs are the third and fourth Devon Conservatives to write to Mr Johnson calling on him to go.

Tweeting before the resignations, Totnes’ Anthony Mangnall – who submitted a letter of no confidence in February – wrote: “It is time for cabinet colleagues to recognise the appalling damage that the Prime Minister is doing to the party, government and country.

“It isn’t good enough and each day that passes those who sit in cabinet will be more complicit with this farcical situation.”