Thursday, August 18
Trending
You are at:Home»News»‘Go-slow’ convoy of campaigners protest fuel prices on M5 in Exeter

Fuel protests on the M5 in Exeter this morning (Monday, July 4) passed ‘in a safe and legal manner’, say police.

A ‘go-slow’ convoy of around a dozen vehicles traversed junctions 27 and 28 on the motorway for around four hours.

Campaigners were demonstrating against the price of petrol and hit the road heading northbound from Exeter Services at around 7.10am.

They were accompanied by a police escort, with the protest ending just before 11am. 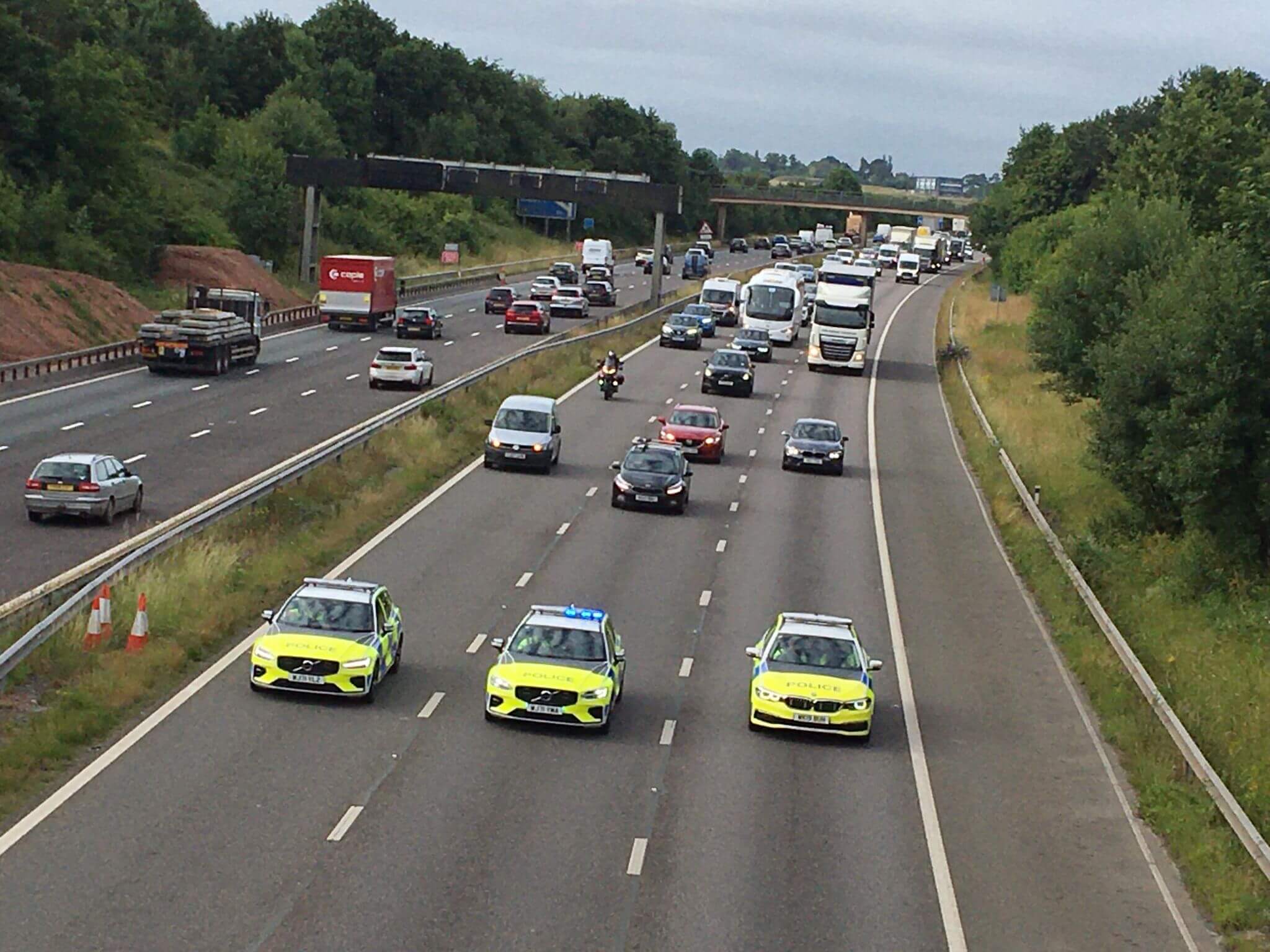 Scenes from the M5 in Exeter this morning. Picture: East Devon News

Superintendent Adrian Leisk, Silver Commander for Devon and Cornwall Police, said: “As with any protest, our responsibilities are to facilitate these in a safe and legal way, whilst making sure that the action being taken doesn’t become a danger to the public or that an unreasonable amount of disruption occurs.

“Naturally, undertaking a protest on a motorway has potentially fatal consequences and with this in mind, we gave very clear parameters to those taking part. This included a minimum speed limit that they couldn’t go below and ensuring that the hard shoulders were left clear.

“The protests on the M5 between junctions 27 and J28 which went north and southbound for a few hours this morning were carried out in a safe and legal manner and ended just before 11am.” 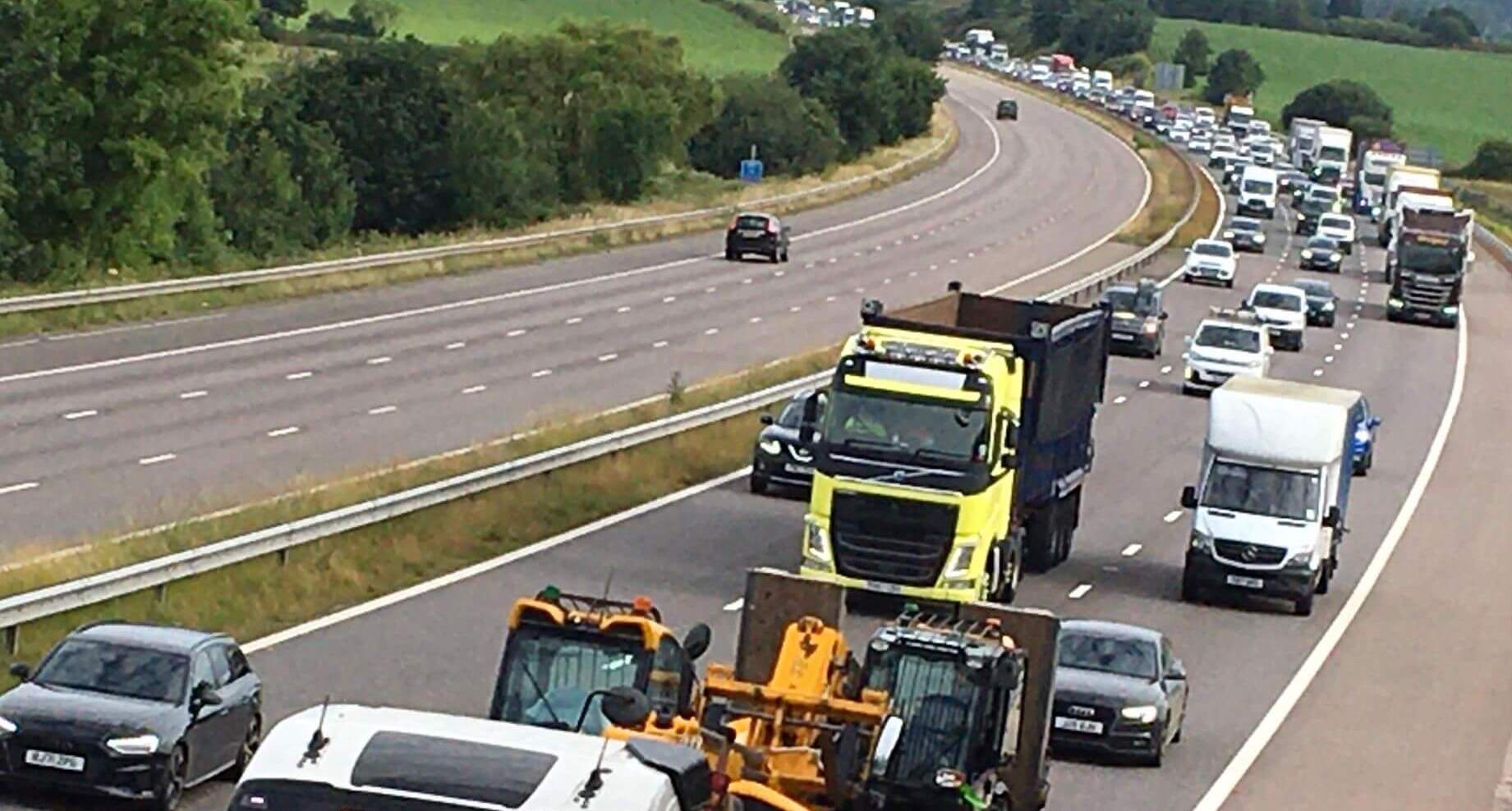 Traffic on the M5 in Exeter this morning. Pictures: East Devon News 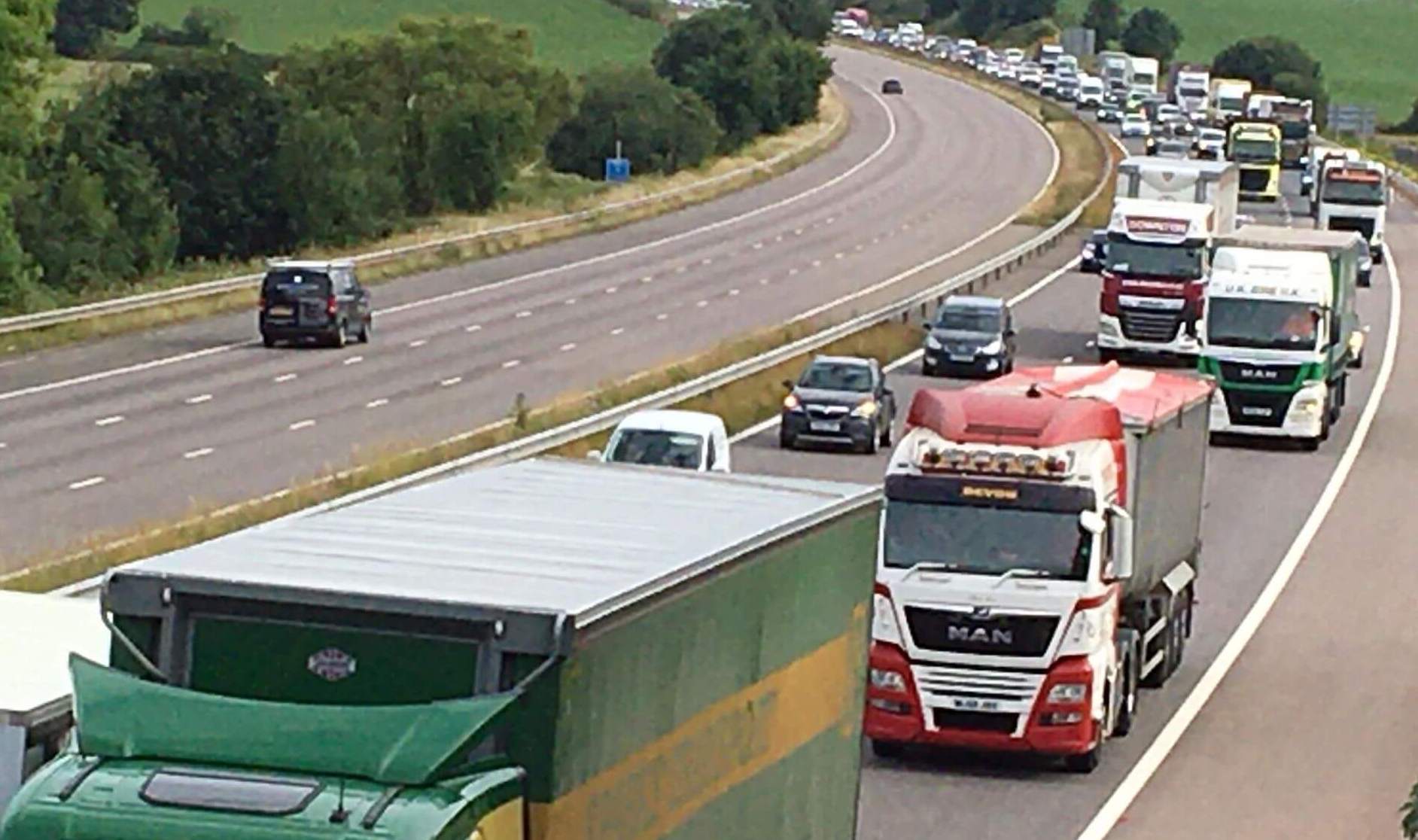 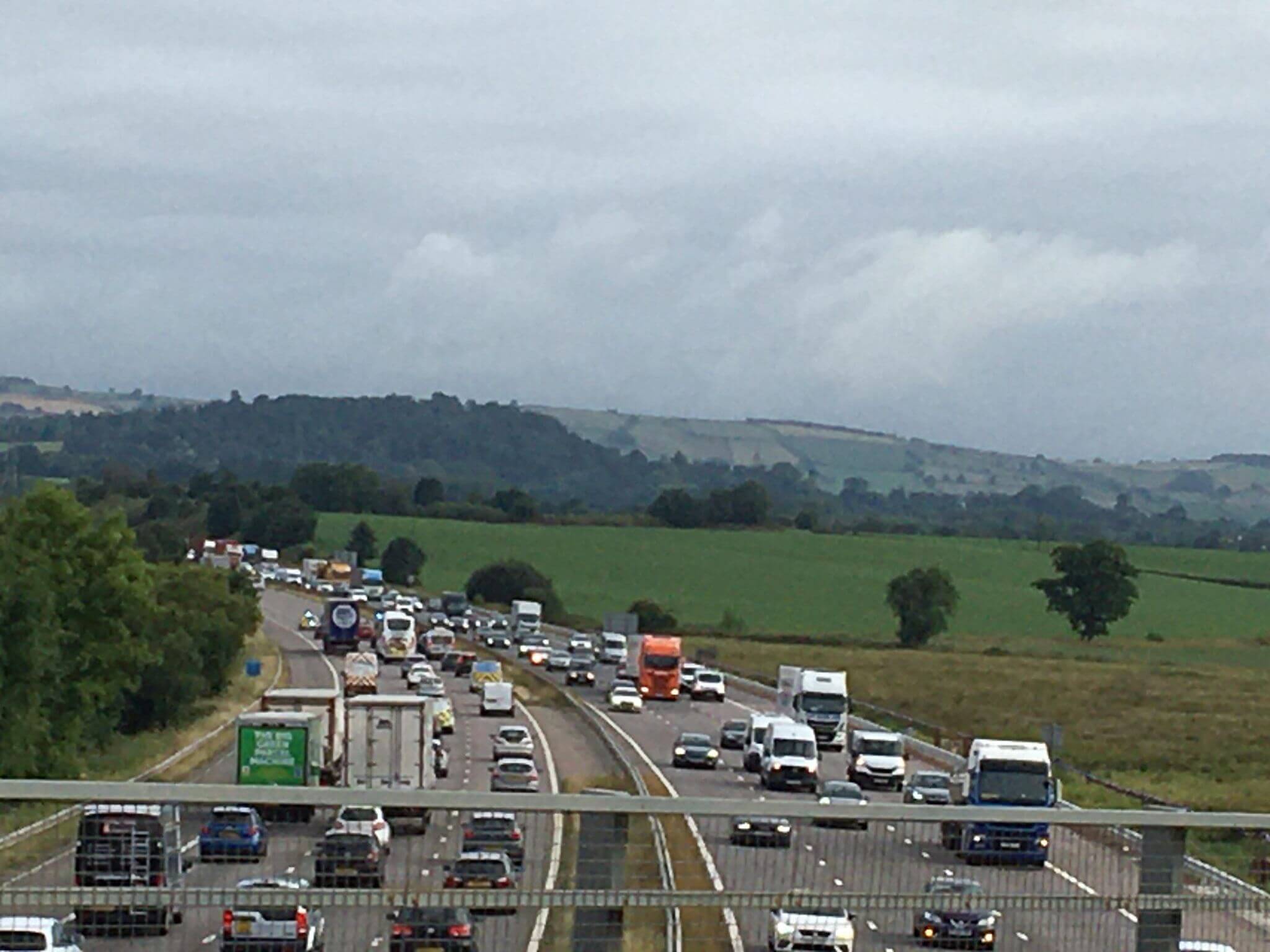 Traffic on the M5 in Exeter this morning. Picture: East Devon News

Supt Leisk added: “We had some challenges in relation to action being taken on the A38. At around 9am we had reports of excessively slow speeds from some of those protesting, leading to cars braking suddenly and potentially causing a serious issue on our roads.

“Officers escorted three vehicles off the road near Buckfastleigh. These drivers were given formal warnings and were advised over acceptable parameters of their protests, including a minimum speed and leaving lanes clear. They were informed that any breach of these directions would lead to an arrest.

“At around 10.45am we received further reports of unsafe driving on the A38 near Ivybridge. One road user, a man in his 50s, ignored the previous warning given to him and was subsequently arrested on suspicion of breach of the Public Order Act and taken into police custody.

“I am currently satisfied with the actions taken by officers at the scenes of these protests, who did everything they could to ensure the safety of our public in relation to the fuel protests that took place in Devon and Cornwall today.”