A pair of llamas were the guests of honour at a Queen’s Platinum Jubilee fete held at a care home in Honiton.

Care home residents and their families were invited to pet and brush the animals a part of a day of events and activities held over the extended Bank Holiday weekend.

Nic Trueman, Hill House activities and wellbeing manager, who organised the event, said: “I wanted to have a fete with a difference so invited the llamas along.

“Peak Hill Farm also brought along brushes so that the residents and children could brush them if they wanted to.

“The llamas were very funny and wouldn’t go anywhere without each other, sometimes refusing to walk if the other one wasn’t following.” 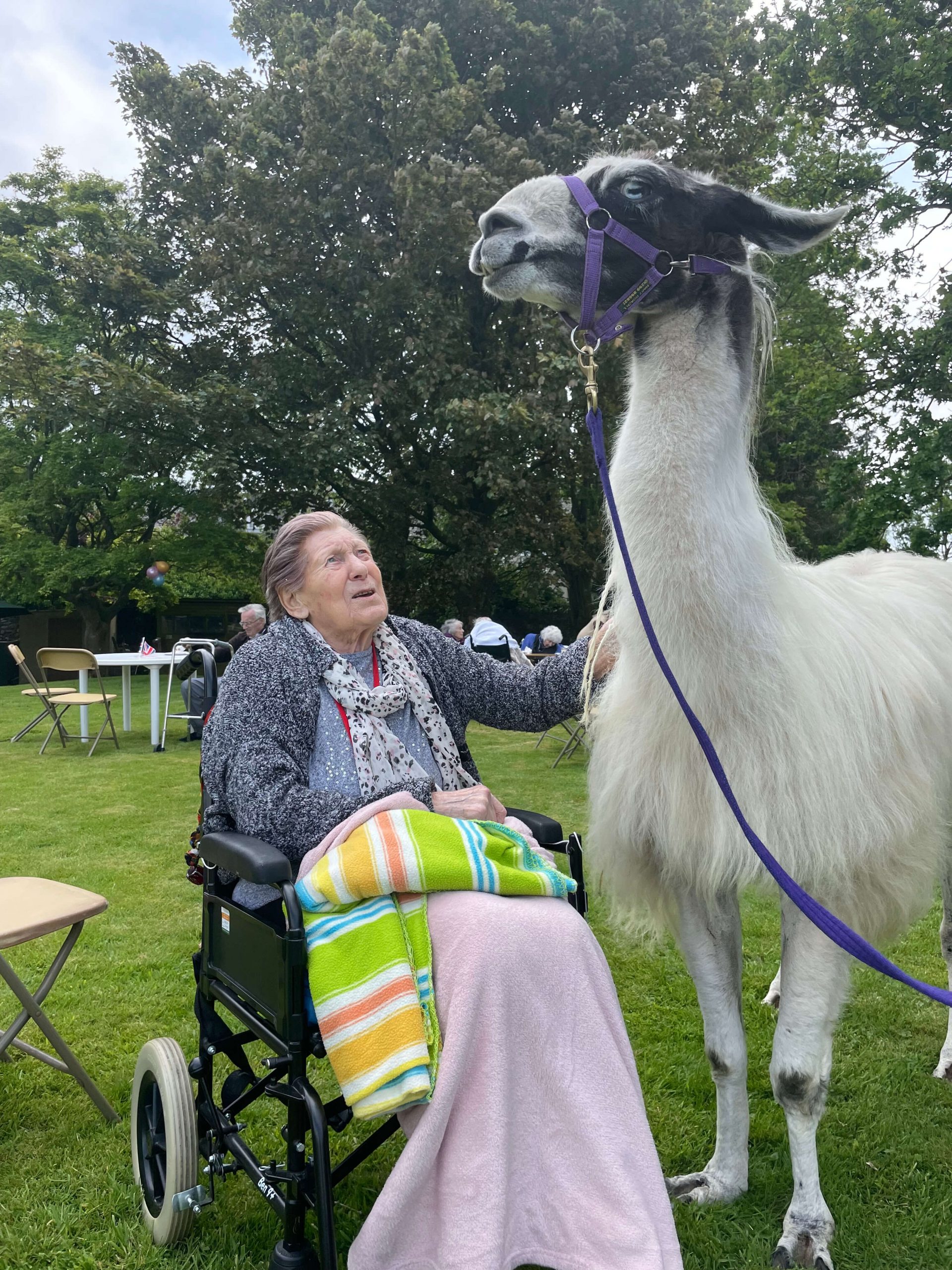 Pam Hardy, Hill House manager, said: “Our residents were keen to celebrate the Jubilee in style.

“The musical performances kept them singing and, in some cases, dancing, with great smiles on their faces, and the llamas were an extra special treat for older and younger people alike.

“It was also lovely to be able to open to doors to friends and family once more, after such a difficult couple of years of lockdowns and shielding.

“We look forward to having many more open events in the months and years to come.” 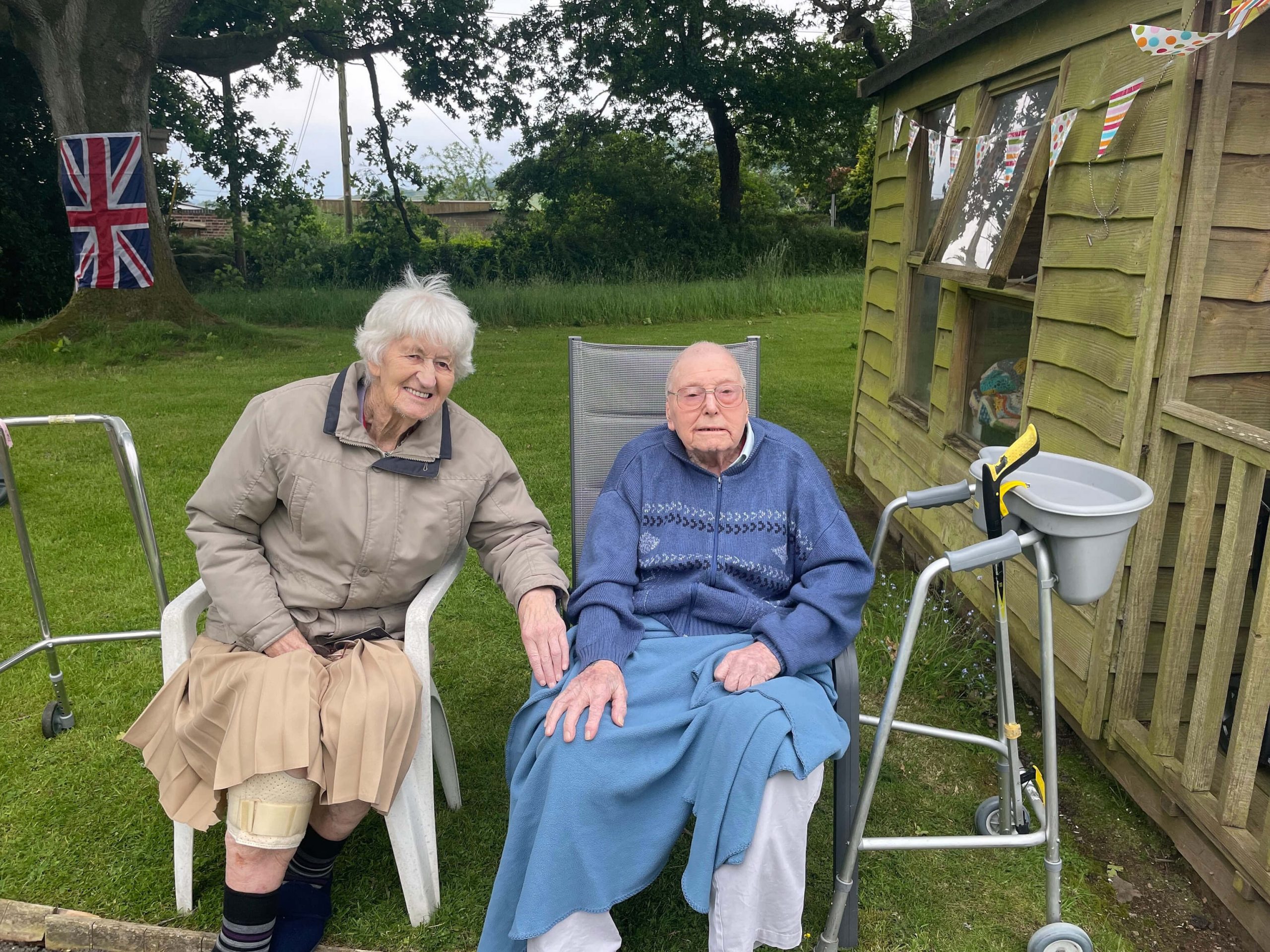 The care home held a fete as part of its Jubilee celebrations.
Photo: Abbeyfield.

One of the llamas.
Photo: Abbeyfield.

The garden party in the grounds of the Abbeyfield Society-managed care home attracted around 50 guests.

Residents made decorative bunting, each keeping a piece as a memento of the celebrations.

Live music from local talent Darin Hadland Rose  got the residents tapping along to their favourites by Elvis Presley and Buddy Holly – plus a ‘rousing’ chorus of the National Anthem.

A host of activities such as hook-the-duck, a tombola, raffle and name the teddy competition, barbecue and cream teas were among some of the attractions organised for the fete.

The Jubilee celebrations coincided with Abbeyfield Week, an annual event that pays tribute to the residents, staff and volunteers at the charity’s homes.

Competitions, games and events were held across the week throughout the UK, such as a platinum planters competition, bread making, a challenge to find the homes with the best Jubilee-inspired additions to their outdoor spaces and making use of an old chair. 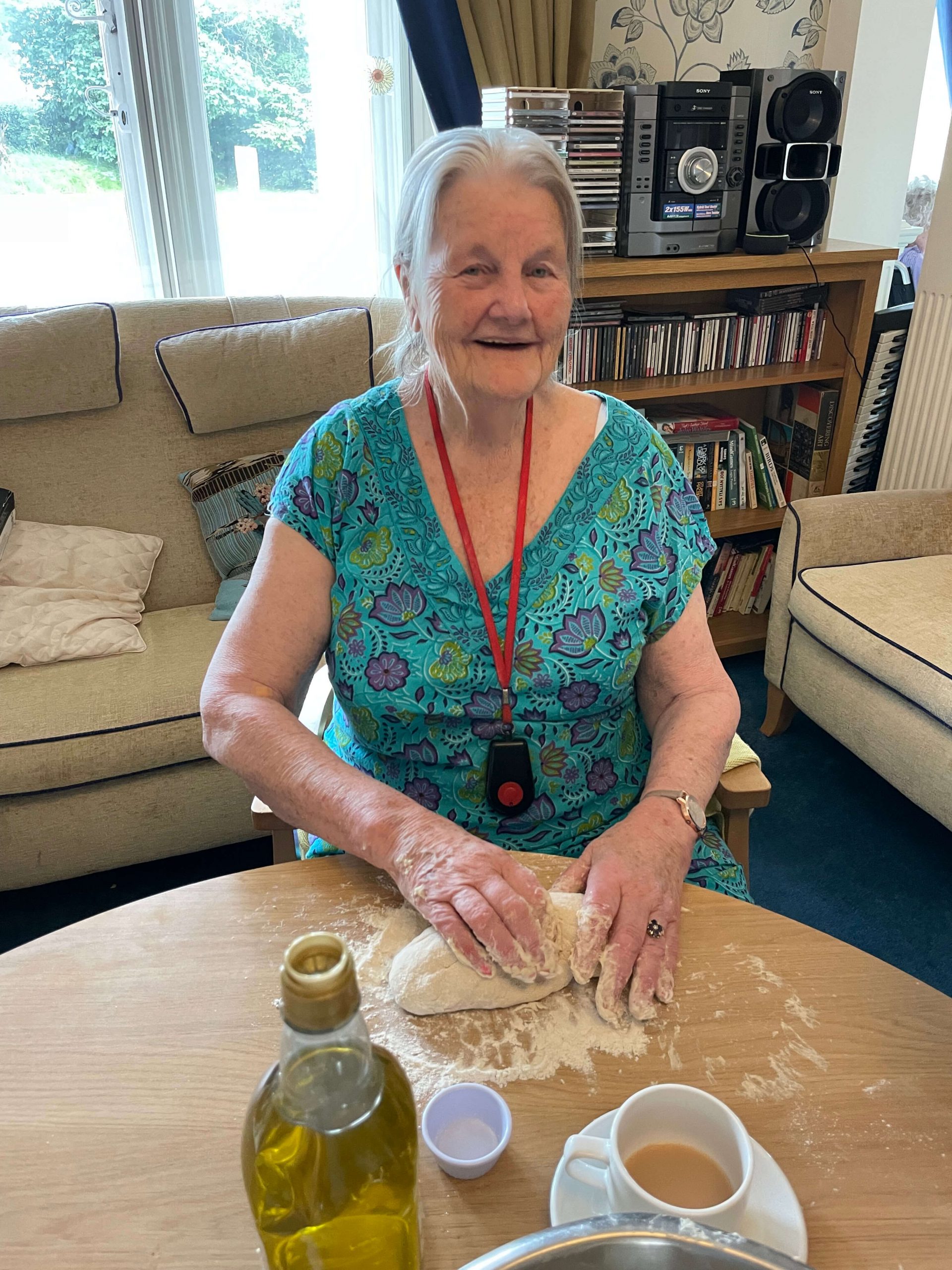 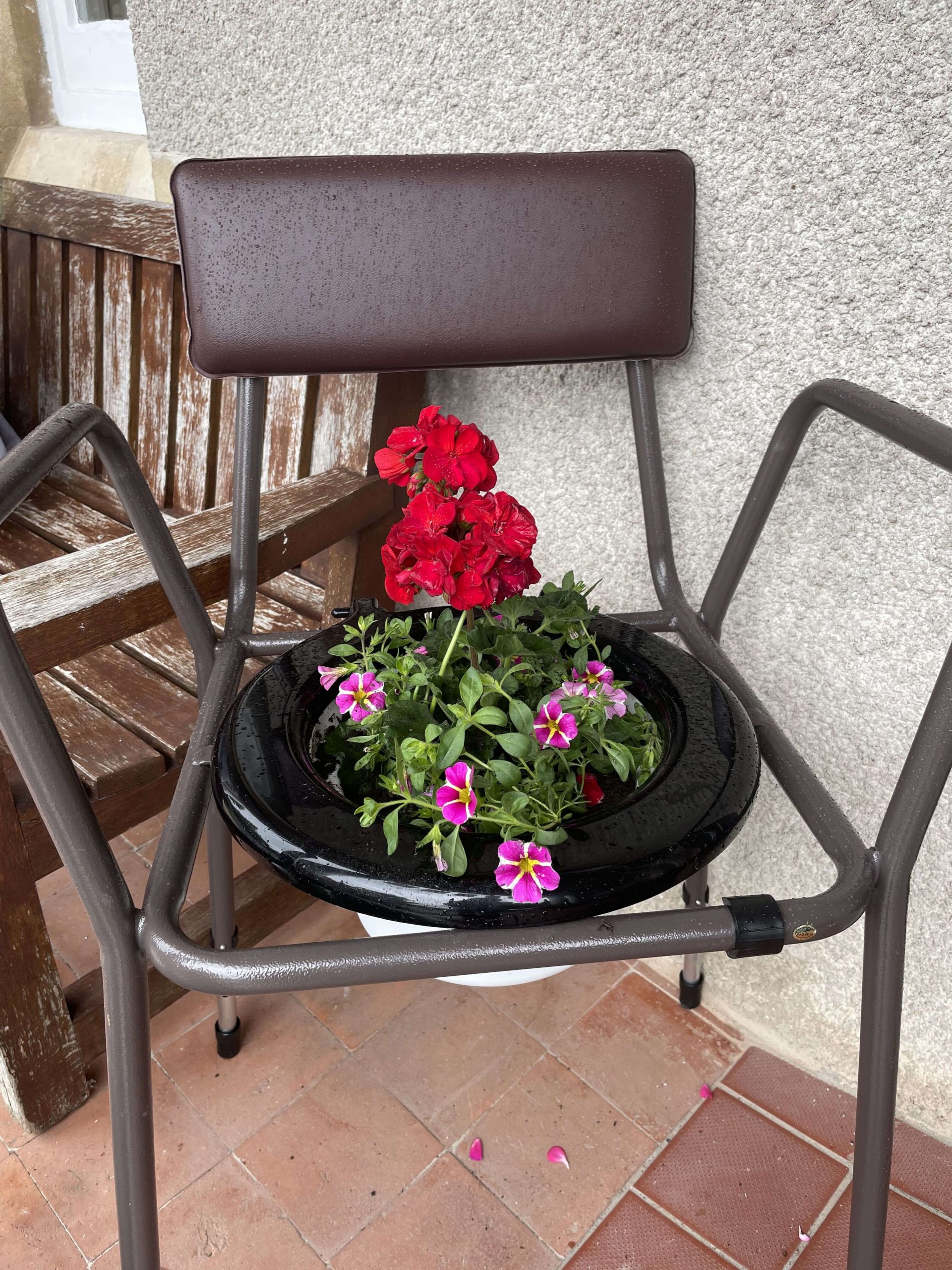 The best use of a chair competition entry.
Photo: Abbeyfield.