These images show the new designs coming to play parks in Sidmouth in time for the school holidays – ending months of delay.

The council said it expected the new equipment would be in place by the end of July in what it has called a ‘frustrating’ wait and delay, brought on by a shortage of contractors, post-lockdown. 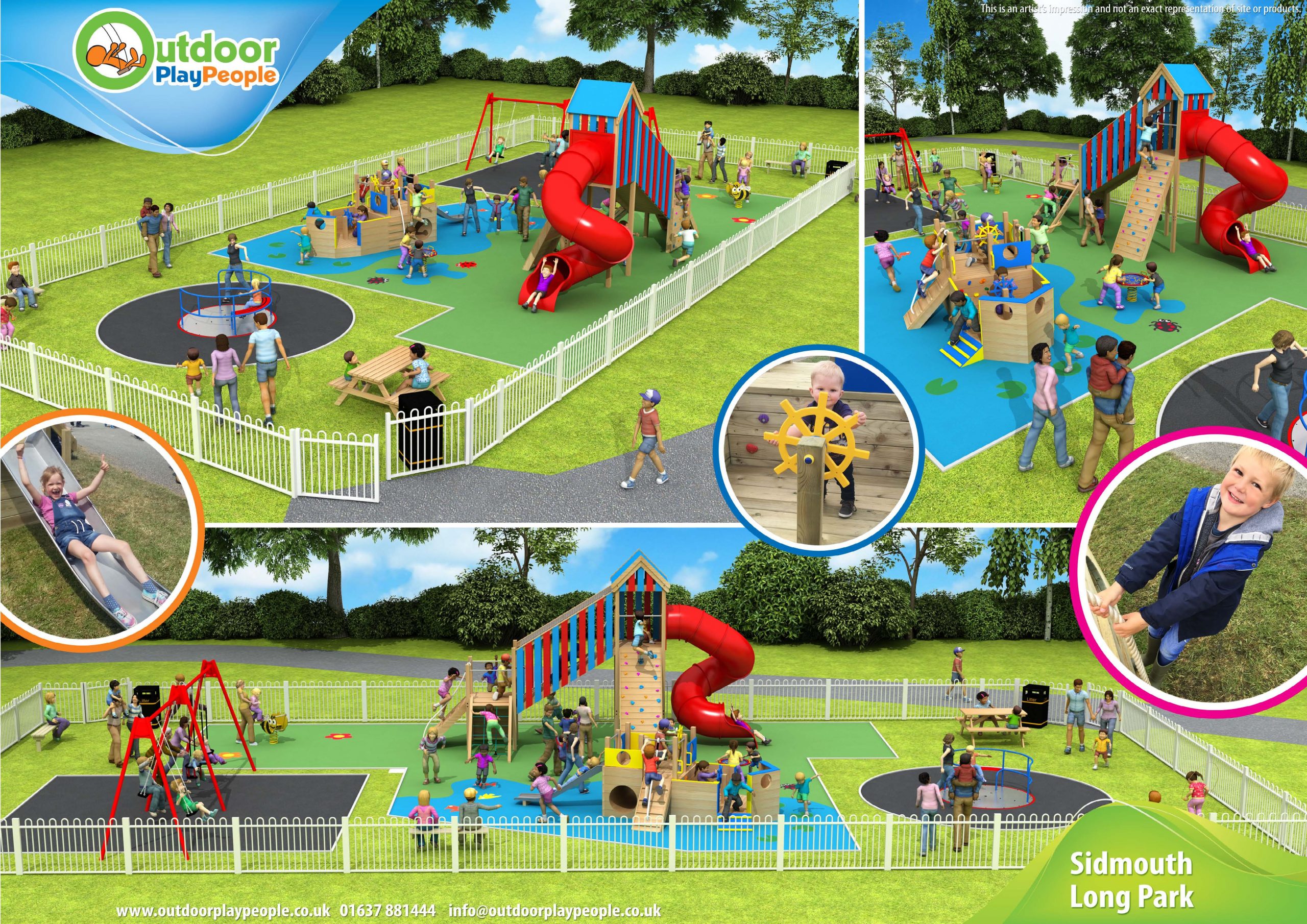 Sidmouth Town Councillors Louise Cole and Denise Bickley, who have been driving the project forward, welcomed the developments.

In a joint statement, they said: “We are really excited to see the final plans for this ahead of the building of these two new parks.

“This project comes at a time when children and parents value outdoor play spaces more than ever in helping children to have fun benefiting from both physical and mental wellbeing.

“We have been pushing hard for these projects to be delivered and are very hopeful that there will be no further delays.” 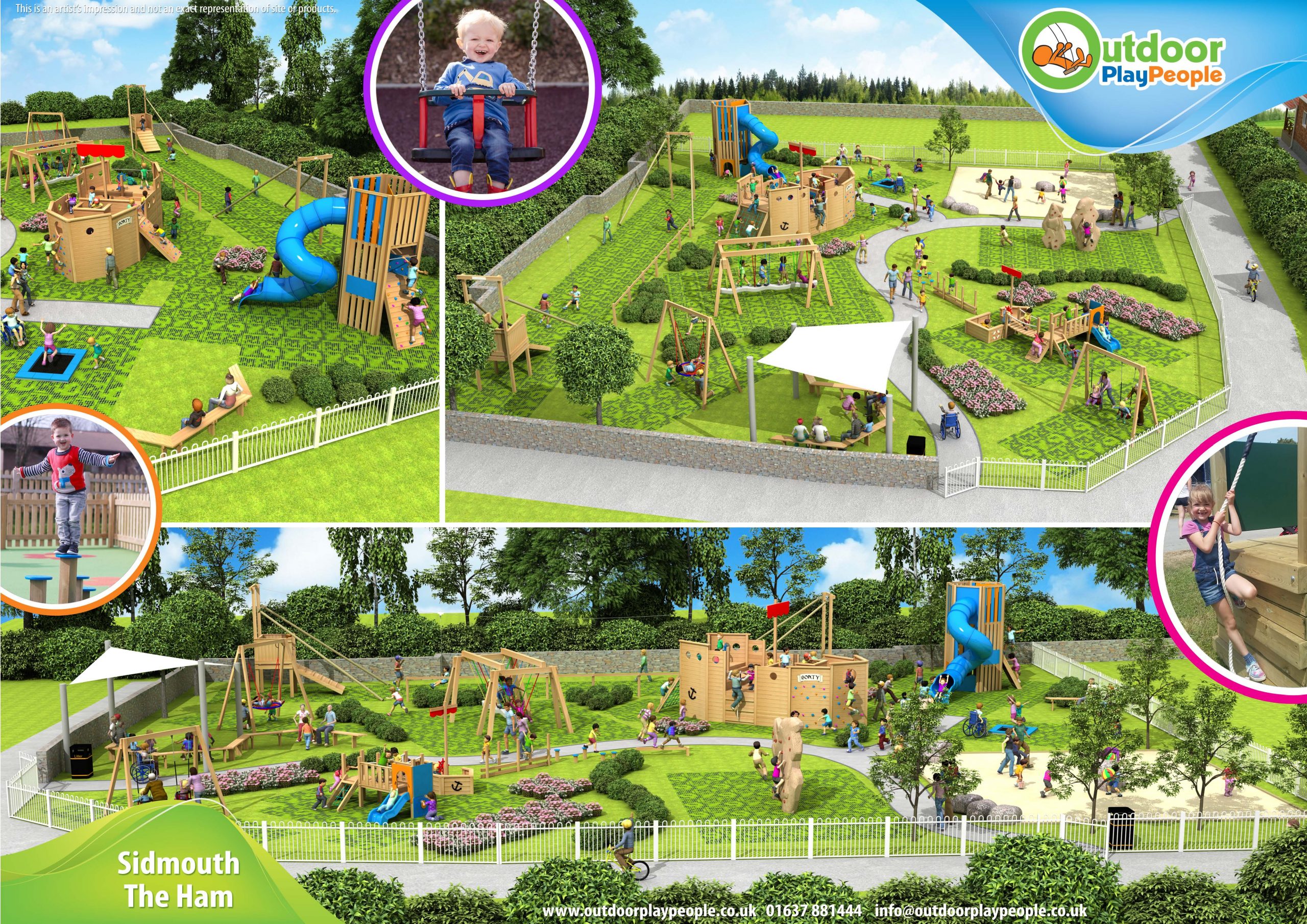 New play equipment planned for The Ham.
Image: with permission.

Sidmouth Town Council said contractors were planning for the new infrastructure and equipment to be installed by the end of July.

Due to shortages of contractors after lockdown, and ‘factors beyond the council’s control’, the schemes have been delayed, a Sidmouth Town Council spokesman said.

He said: “This has been frustrating to councillors, keen to see improvements at the play areas.

“Following the eventual appointment of a contractor, the council has been working closely with them to ensure that the views and wishes of children and young people at Sidmouth schools and of the parents who attended our consultation meetings, were integrated into the new designs.

“Happily, the stage has been reached where the council can present the schemes.” 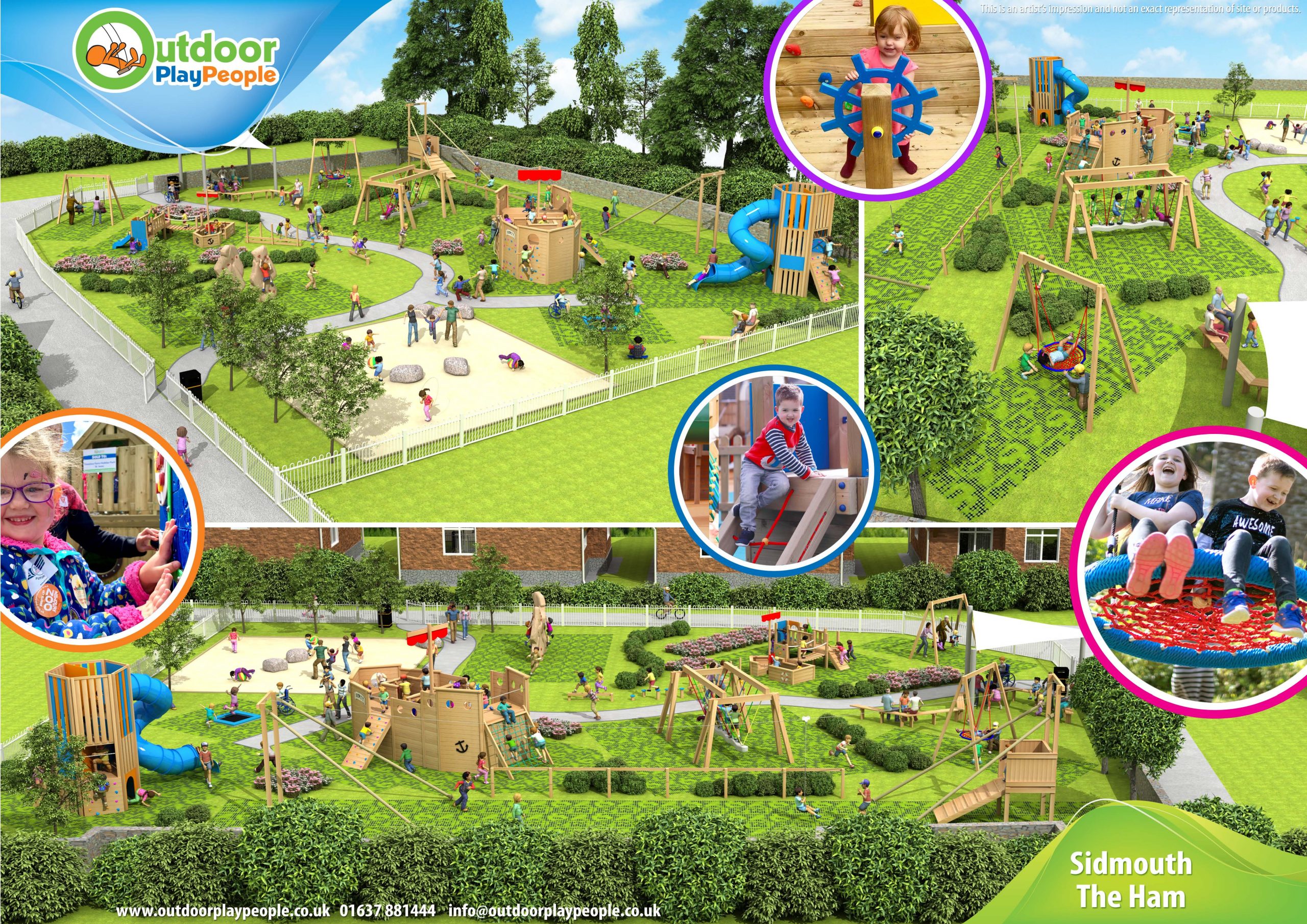 The Ham.
Image: with permission.

The 3D images shown are ‘indicative’ of how the parks will look, although seating and shelters could differ, the council said.

The council spokesman said: “The indicative 3D renders of both parks have been circulated to local schools and children to show the designs.

“The council believes that this is an important step demonstrating the value of their previous contributions and to let them know their voices are important in the local decision-making process.

“The 3D images are indicative of how the constructed parks will look but elements such as seating, shelter and planting may vary slightly and the planting will of course take time.”

He added: “The council is hoping that the designs will create a buzz of excitement and something to look forward to very soon with play spaces to be proud of and have fun in.”