Tuesday, June 28
Trending
You are at:Home»News»Proposed solar farm near Rockbeare could power up to 18,500 homes in East Devon and Exeter

Developers of a proposed solar farm totalling the equivalent size of 55 football pitches near villages in East Devon are gearing up to outline their plans to residents.

Ford Oaks Solar and Green Infrastructure says its proposed ‘facility’, near the hamlet of Westcott and Marsh Green village, made up of 45 hectares of ‘green infrastructure improvements’, could power up to 18,500 homes across East Devon and Exeter. 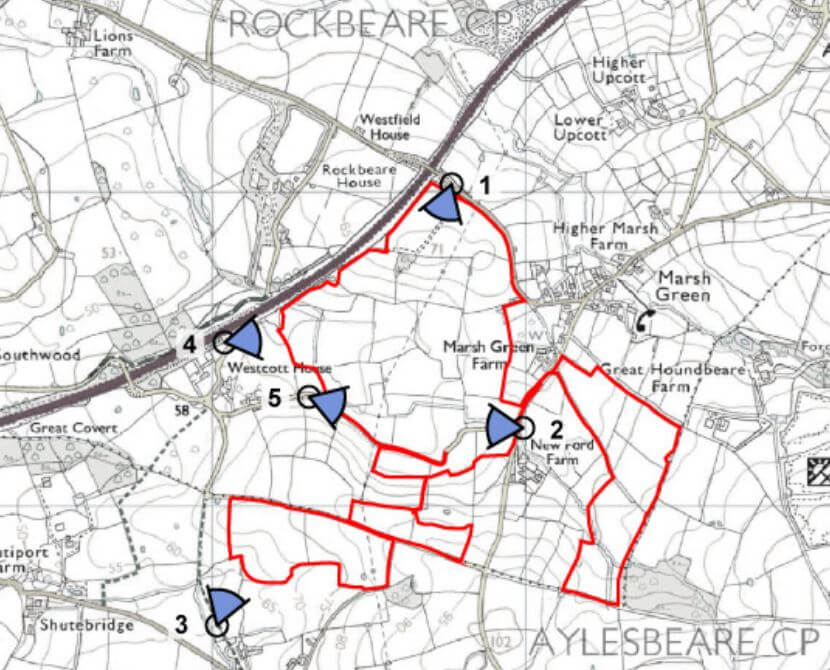 The area outlined in red shows where the proposed solar ‘facility’ will be built.
Image: with permission.

The project manager of charity Devon Communities Together, leading the community consultation process which began in autumn 2021, will attend the Aylesbeare Annual Parish Meeting on Wednesday, May 25.

The Taiyo Power and Storage team, promoting the development, will attend the Aylesbeare Parish Council meeting on Wednesday, June 1, to answer questions and outline the plans through an exhibition.

A date with Rockbeare Parish Council is to be confirmed.

Ford Oaks Solar and Green Infrastructure said the site, located next to the A30 close to Exeter Airport, East Devon, is a ‘solar development that would provide renewable energy that will help to deliver East Devon District Council’s target for being net zero by 2040 and meet Devon County Council’s net zero target for 2050 after having declared a climate emergency in 2019’. 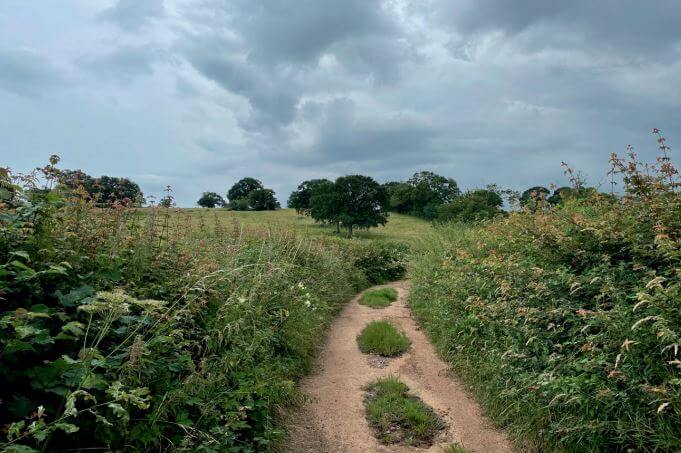 The proposed site would be near Westcott Lane, pictured.
Image: with permission.

A planning application setting out the details and design has been submitted to East Devon District Council.

If it is approved, it will be the first solar development in the UK to apply for the Building with Nature Accreditation.

A Taiyo Power and Storage spokesperson said: “In practice, this will lead to the delivery of approximately 45 hectares of green infrastructure improvements that would increase wildlife in the valley and reduce existing flooding issues. The plans will result in a biodiversity net gain of 121% across the site.”

In addition, the proposal states of the intended solar panels: 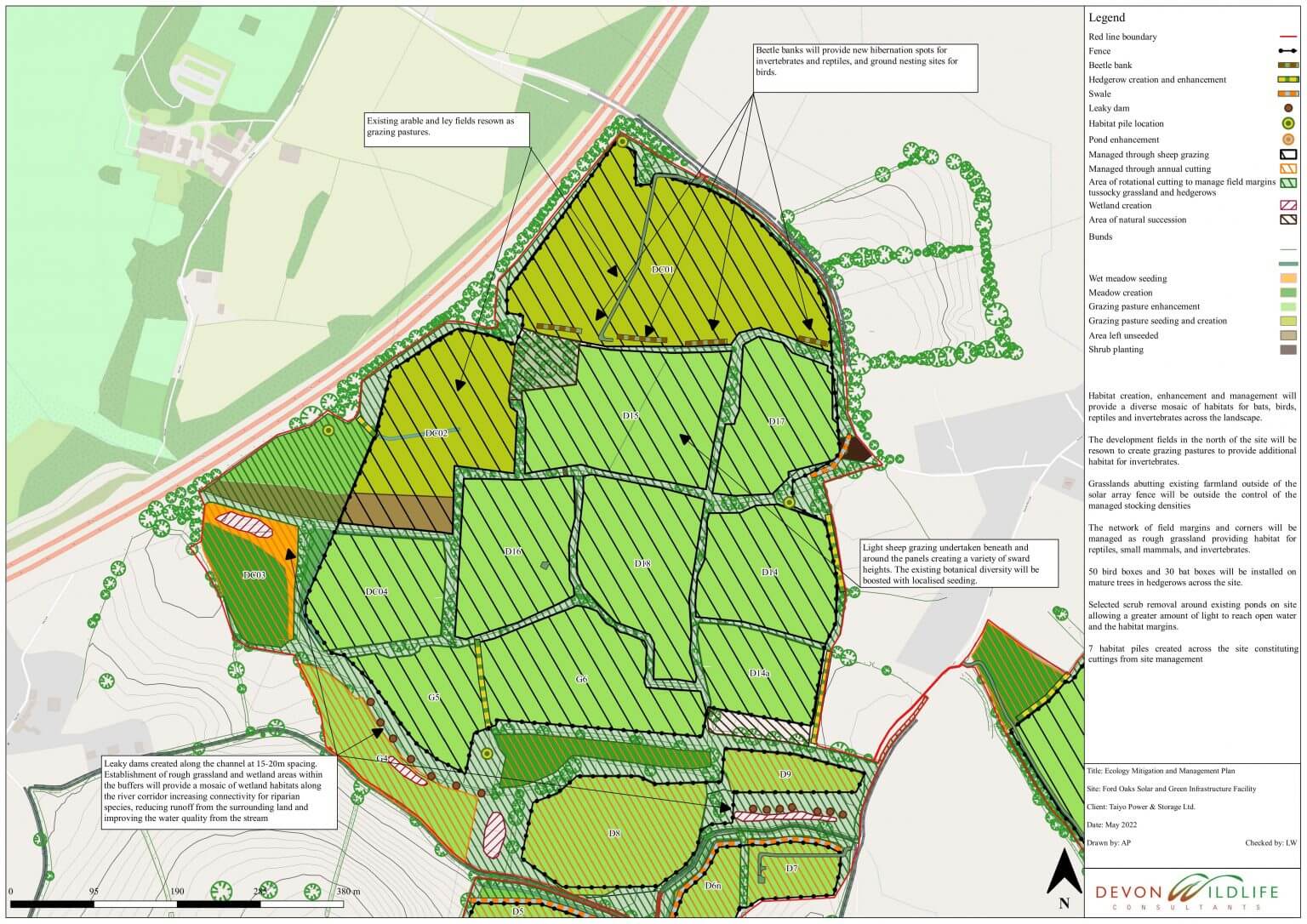 The plans say: “In addition to the solar arrays, the proposed development will provide an expansive network of ecological and landscape enhancements.” Image of some of the proposed schemes: with permission.

Simon Crowe, Director at Taiyo, said: “Ford Oaks will be a fantastic opportunity for East Devon to progress its ambitious climate strategy.

He added: “If we are to truly make East Devon a greener district, we must go beyond renewable energy provision to also enhance the local area’s biodiversity. That’s why we are excited to make this the UK’s first solar park to apply for the Building with Nature accreditation, with vast amounts of biodiversity and nature improvements to the local area.”

Ford Oaks is a joint venture between Kajima and Low Carbon Alliance Limited in partnership with local landowners, including Devon County Council.

The energy produced will be used to power homes across East Devon and Exeter.

A spokesperson for Tayo Power and Storage said: “By providing a renewable energy source that will export 30MW of power to local electricity circuits and power 18,500 homes, 7,430 tonnes of CO2 emissions will be saved – the equivalent of taking 1,600 petrol cars off Devon’s roads for one year.”

They added: “This will be a secure energy source for residents in the Exeter and East Devon area, while positively contributing towards the climate emergency by aligning with Devon County Green Infrastructure Strategy, the Devon Climate Declaration and government targets to increase solar power capacity to 50GW by 2030.”

East Devon to benefit from £494,000 transport project to tackle loneliness