Friday, May 27
Trending
You are at:Home»What's On»What's on in Exmouth»Free family fun announced as Exmouth Festival returns for Jubilee weekend

Free entertainment, live music, circus workshops, theatre and a host of family activities have been announced for the 2022 Exmouth Festival.

The full line-up of entertainment and programme of events has been revealed by festival organisers bringing the event to Exmouth’s Imperial Recreation Ground, on the Jubilee bank holiday, from Thursday, June 2, until Sunday, June 5.

A spokesperson for Exmouth Festival said: “Running across the extended bank holiday weekend you can expect a family friendly atmosphere throughout the day, with lots of activities for children to get involved in, plus a fairground for the adventure-seekers.

“The festival remains free for everyone to enjoy, but festival organisers ask you to consider making a donation to help cover the costs.” 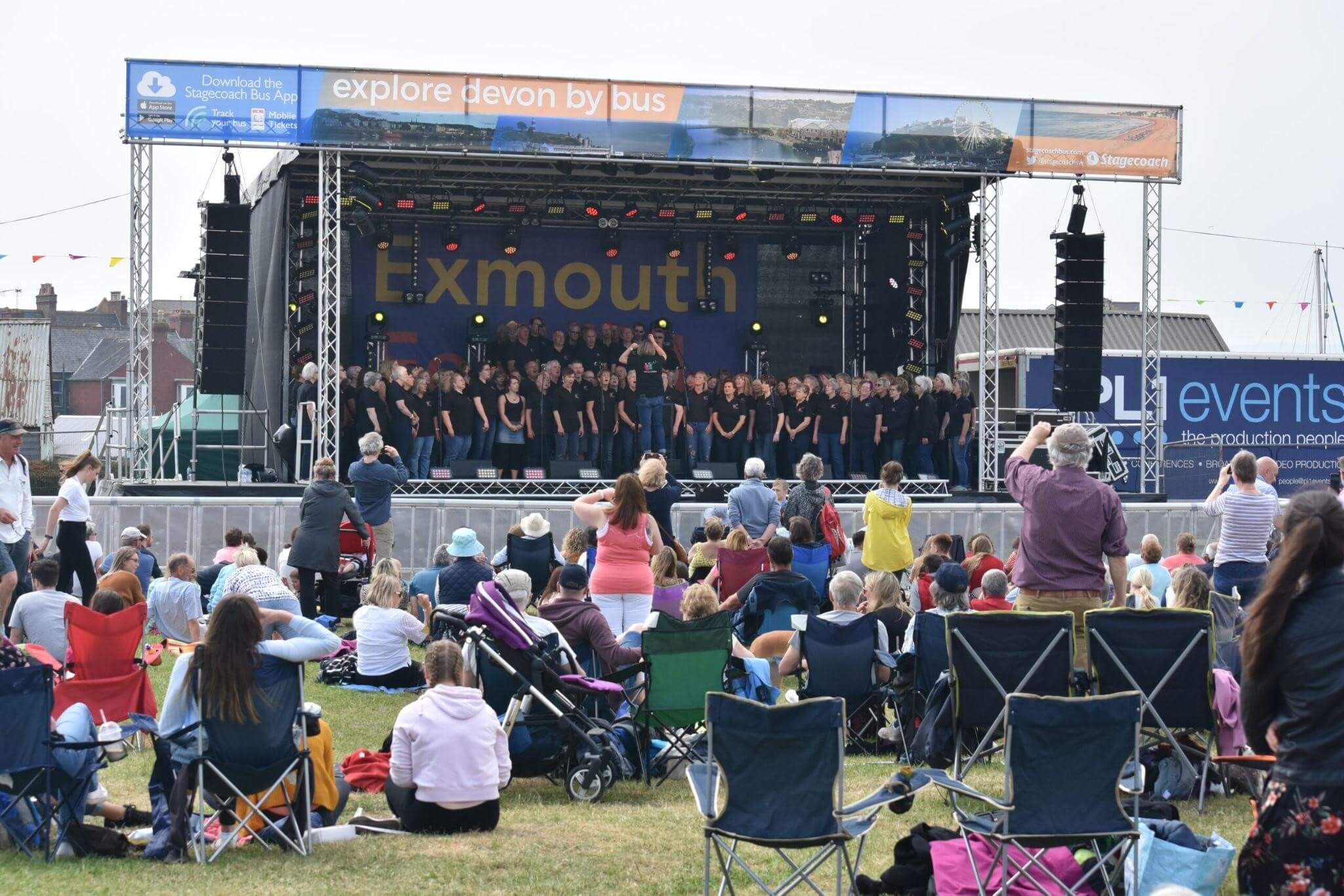 The La La Choir performing at a previous Exmouth Festival.
Photo: with permission.

The music line-up features local talent, including Ruby May Spencer, The Barefoot Bandit and Not The Cowboys, alongside headliners Cut Capers from Bristol, and internationally-renowned Space and Musical Youth.

Local performances from community groups based in East Devon include RA Dance Fitness, La La Choir, and Exmouth A Capella.

On the final day of the festival, June 5, visitors can create Exmouth’s Greatest Masterpiece, with community artist Hayley Watson, and take part in an interactive theatre show The Grimm Sisters, which will be British Sign Language (BSL) interpreted.

Closing the festival weekend is Exmouth swing-band All Jazzed Up.

The organisers said a Jubilee Celebration Day, funded by National Lottery Awards For All, will also be held on Sunday, June 5.

A festival spokesperson said: “This funding has allowed Exmouth Town Council to work with Open Door Exmouth and other partners, to give away 200 free meals to local families, with an invitation to join in with The Big Jubilee Lunch with food from on-site traders.”