Friday, May 27
Trending
You are at:Home»News»East Devon»East Devon youngsters ‘outrun’ an ambulance and raise £500 for ‘hero’ crews’ welfare

A trio of East Devon six-year-olds have mirrored the distance an Exmouth ambulance would travel while raising funds for crew welfare.

The children, Bea, Emily and Ophelia, were invited to Exmouth ambulance station to meet off-duty paramedics, present £500 raised by the youngsters, and receive their challenge medals.

The girls raised the funds by running and walking 109 miles – the distance travelled by an Exmouth emergency vehicle during an average shift – taking part in the Outrun an Ambulance challenge, in aid of South Western Ambulance Charity.

Emily’s mum, Sarah, said: “We are massively proud of the girls. They love a challenge and are always up for doing something. They just think ambulance crews are heroes.”

Bea, aged six, said: “Everything was amazing. When we walked, we played. And we ran ahead and sang and we found worms and flowers and insects too.” 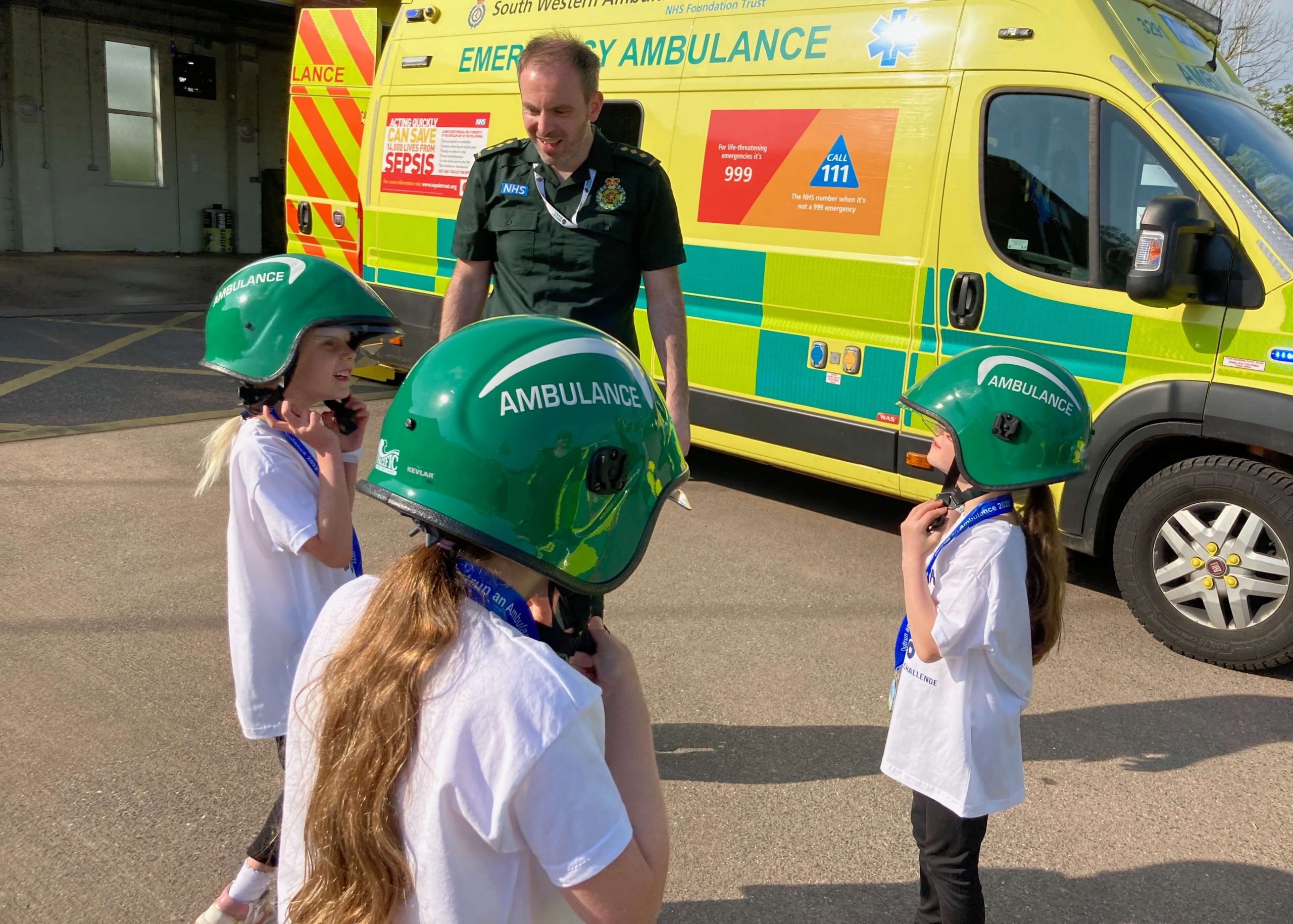 The youngsters were invited to Exmouth Ambulance Station.
Photo: SWASFT.

Zoe Larter, head of the South Western Ambulance Charity, said: “We want to say a huge thank you and congratulations to Bea, Emily and Ophelia for taking part. It’s such an impressive achievement.

“We were thrilled to be able to welcome them to Exmouth Ambulance Station recently to meet two off-duty paramedics, representing some of the crews their money will be supporting.”

She added: “Our ambulance staff and volunteers really do go the extra mile to keep us all safe.

“We’d love to see even more people going the extra mile for them by taking part in Outrun an Ambulance.”

Fundraisers are challenged to pick a distance covered by one of South Western Ambulance Service NHS Foundation Trust (SWASFT) vehicles, and cover the same mileage, by running, walking, swimming, scooting, cycling, or riding anything that is self-propelled.

The money raised will support the welfare of ambulance crew and personnel and help the communities served by SWASFT.

The fundraising challenge was launched in 2021 and is designed to suit all ages and abilities. Fundraisers can choose their timeframe, up to a maximum of three months, to ‘outrun’ the distance by at least one mile.

They can also take part as a team, with each individual covering part of the distance.

For more information on how to take part, see here.