The colouful run – which for the last two years was held virtually because of the pandemic – has early-bird tickets on sale, with discounts of 10 per cent for those signing up before May 4 to take part.

This year the CHSW Rainbow Run will be held at Escot Park, near Ottery – a move away from the 2019 event at Westpoint, near Exeter, where 1,000 people took part and raised thousands of pounds for the youngsters and their families being supported by the charity’s Little Bridge House children’s hospice in Barnstaple, North Devon.

A virtual event will run alongside, for those unable to attend the Rainbow Run at Escot Park. 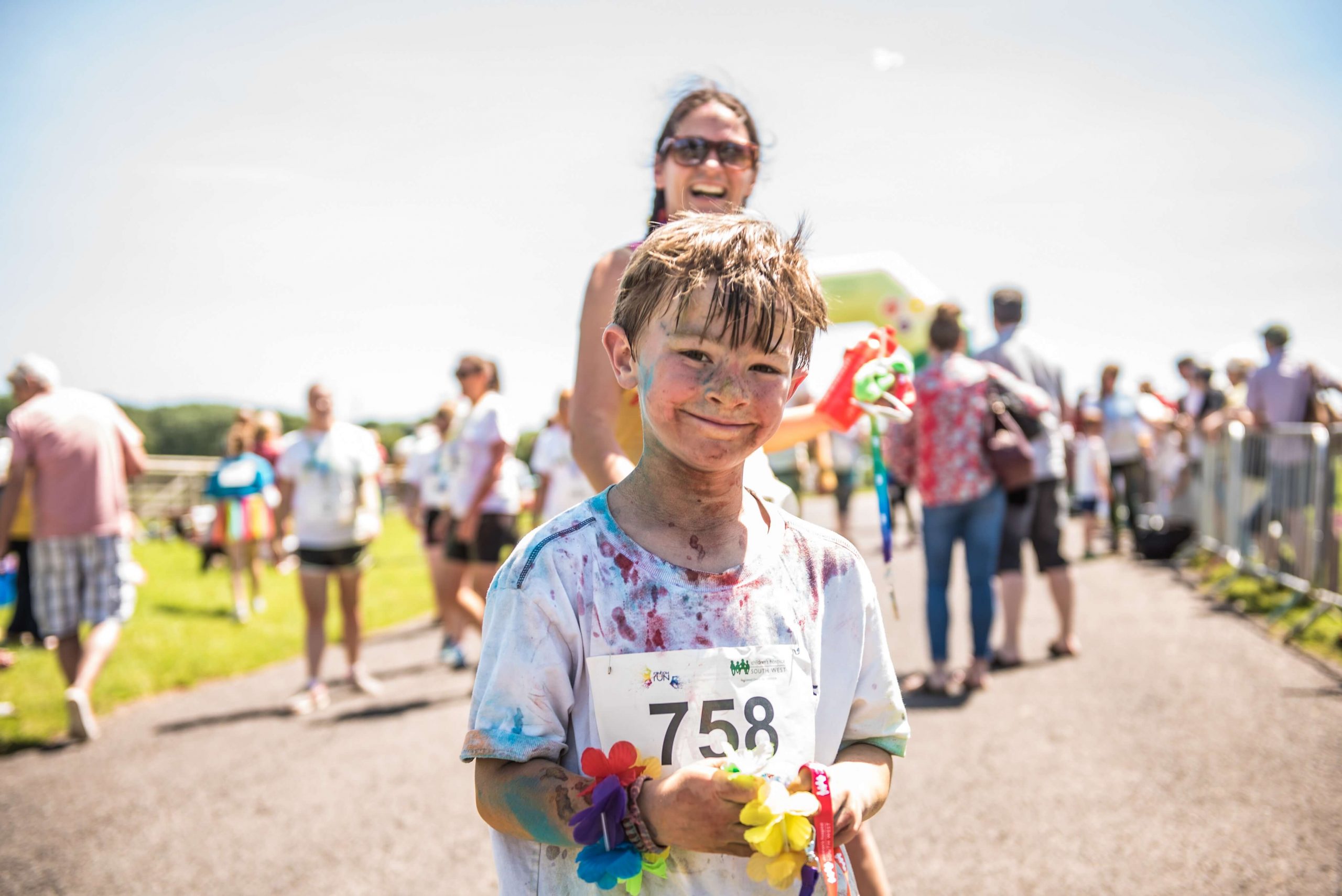 The event is open for those aged five years and over.
Photo: Eleanor Davis.

“Just pull on a white T-shirt and run or walk through different coloured paint stations; there are no winners or race times, it’s all about having fun and raising money to help provide vital care for local families.” 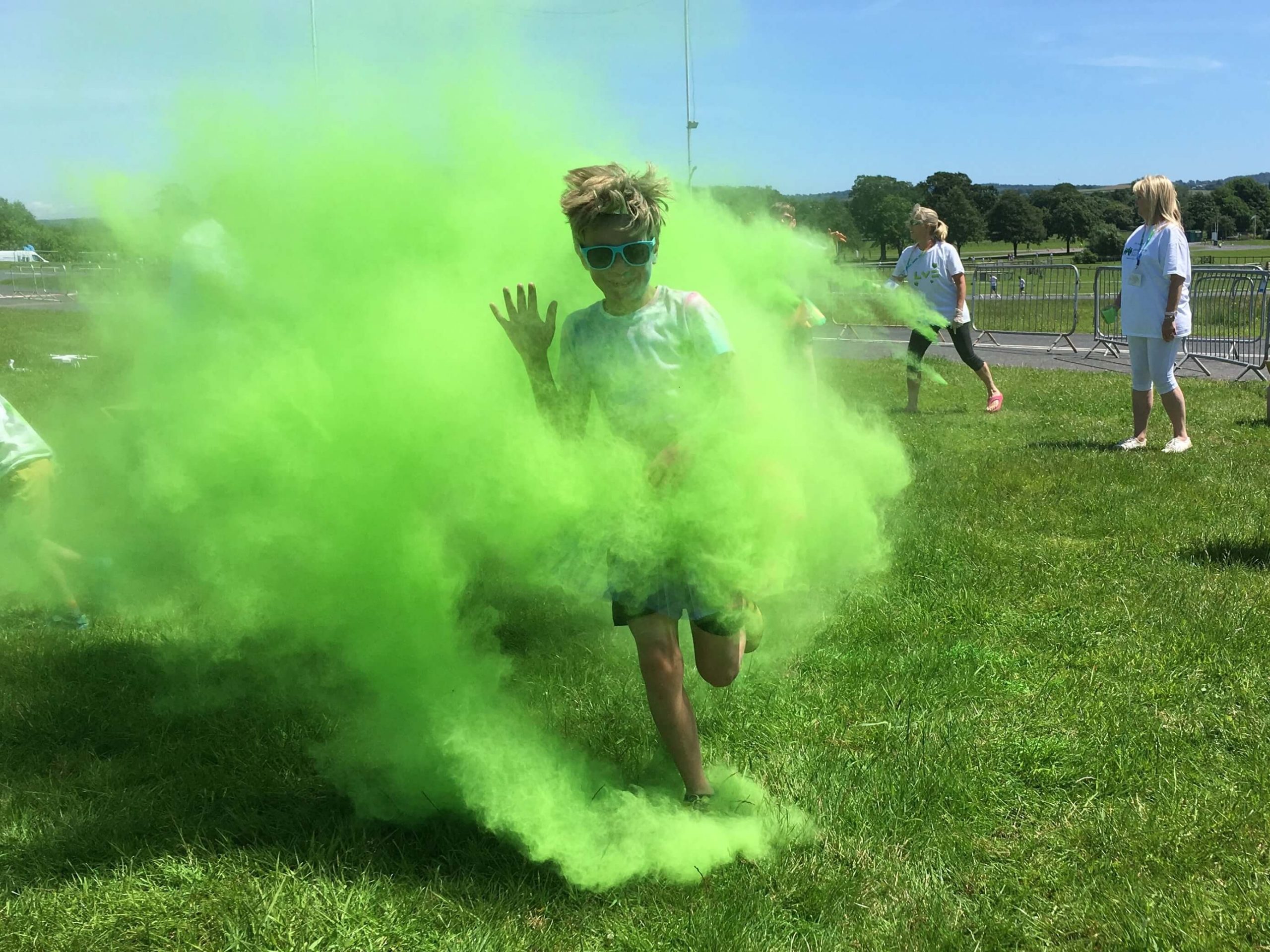 She added: “For the last two years, people have taken part in virtual Rainbow Runs at home but it will be fantastic to see friends and families getting together at Escot Park, having fun and helping to raise a few pounds.

“If everyone could raise just £20 in sponsorship, that could help fund one hour of care for children at Little Bridge House.”

Kate said: “Covid safety measures will be in place but there is still a virtual option for anyone unable to make it to Escot Park; and we are also keen for schools to take part in our Rainbow Run schools challenge, so there really is something for everyone.” 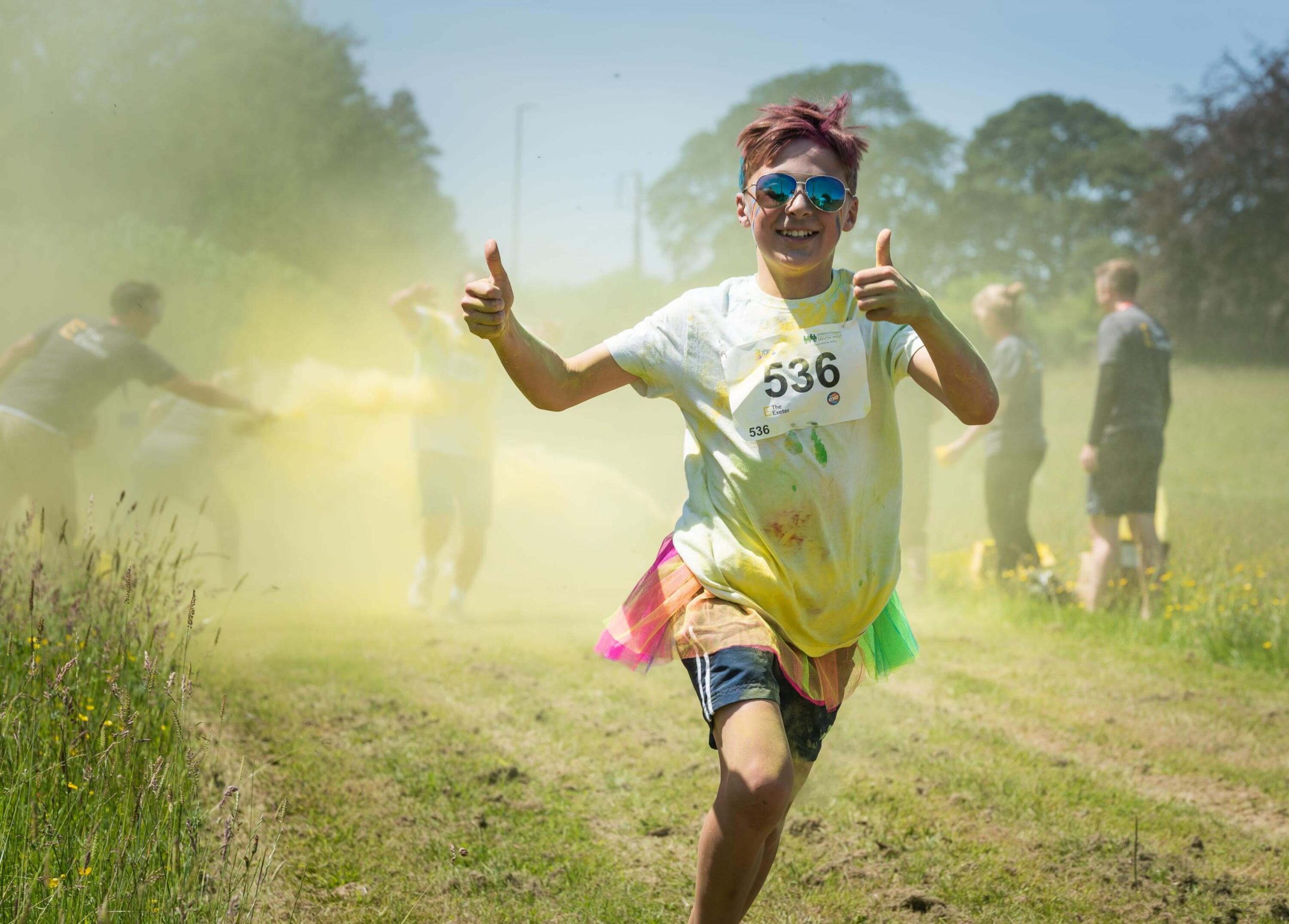 The 2019 event at Westpoint, near Exeter.
Photo: Simon Tutty.

Anyone aged five years and over can take part and become covered in powder paint as they walk or run through different coloured stations along the 5km route.

Early-bird 10 per cent discount tickets are available until May 4 and must be pre-booked in advance. See here for more information.