Friday, May 27
Trending
You are at:Home»News»Budleigh Salterton»New bridge for Budleigh will make road ‘more resilient in times of flooding’

Construction of a new vehicle-friendly bridge and a road embankment is set to begin near Budleigh Salterton as part of the Lower Otter  Restoration Project.

Work to start building bridge supports over a new creek at the Lower Otter begins at the end of April in a bid to make the road more robust in times of flooding.

Towards the end of the year the new embankment will be connected to White Bridge before it crosses the River Otter.

Construction of the new bridge is expected to be finished by the autumn.

A short section of temporary ‘private’ road will be built later this year while the new section of public highway is being constructed.

The work is being carried out as part of the ongoing Lower Otter Restoration Project (LORP).

Dan Boswell, LORP project manager for the Environment Agency, said: “This is a fascinating opportunity to see civil engineering in action.

“Although it will look very big initially, after about four months the surcharged embankment will be re-shaped and reduced in height before the final road surfacing is constructed.”

The 30-metre span bridge, for vehicles, and embankment, will be constructed above the existing floodplain, making the road ‘more resilient in times of flooding’, the LORP team said.

A LORP spokesperson said: “Building of the new road embankment and a 30m-span bridge, to carry vehicles over the new creek network on the west of the Lower Otter Valley in Budleigh Salterton, enters a new phase next week.”

They added: “The concrete foundation piles for the bridge are now complete and building upwards will begin. This includes the construction of the piers and supports of the bridge and the earth embankment for the road itself which will go across the valley parallel to the existing road.

“The embankment will eventually be 2.5ms higher than the current South Farm Road – the same level as the nearby White Bridge – lifting it above the level of the floodplain and making it more resilient to flooding.”

The LORP team spokesperson added: “Towards the end of the year, the new embankment will be connected to White Bridge before it crosses the River Otter – White Bridge will remain unchanged.

“To minimise disruption while the new road is being built and connected, later this year a short section of temporary private road providing access to the east of the river will be built.

“The new bridge is expected to be completed during the autumn.” 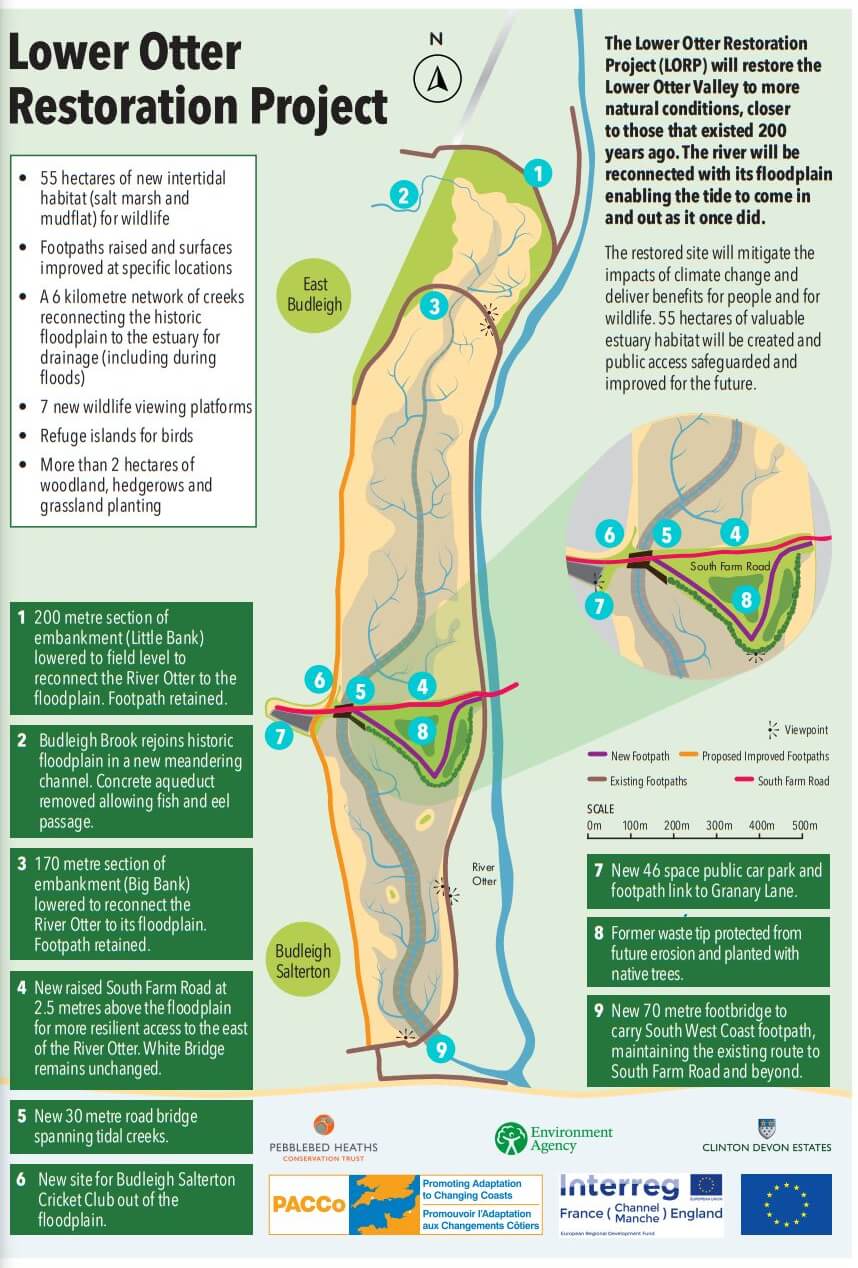 The project – part of the €26 million Promoting Adaptation to Changing Coasts project – has a similar scheme underway in the Saâne Valley in Normandy, France.

In East Devon current grassland, created during historic reclamation work, will be replaced with 55 hectares of intertidal mudflat and saltmarsh, plus a net gain of more than two hectares of broadleaved woodland and 1.5 kilometres of hedgerow.