Friday, May 27
Trending
You are at:Home»News»Sidmouth»Sidmouth: Photojournalist mistaken for a Russian spy in Ukraine is to host fundraising evenings to aid families he met in Kyiv

A photojournalist from Sidmouth who has been in war-torn Ukraine covering frontline fighting will donate funds from his Defending Kyiv lectures to three ‘desperately in need’ families left behind in the stricken country.

Over the last two months photographing the war in Ukraine, dad-of-one Iain Burns, from Sidmouth, was mistaken for a Russian spy and threatened with arrest and deportation. He witnessed death and the true horrors of the conflict; overhead bombing and gunfire.

Now safely back in East Devon, Iain is sharing his experiences of war with two nights of lectures being held in Sidmouth, in aid of three families he met in Kyiv.

The talks will be held on Wednesday, May 4 and Thursday, May 5.

Iain had to cancel the talks planned for April when he tested positive for Covid-19.

Defending Kyiv, a lecture with a small exhibition of photos suitable to be seen by all ages, is being held at Kennaway House.

Iain said: “I have unique stories and well over 100 images on show. Bring your questions. You will get an intimate story of what it was really like.

“The lecture and images are very much about the cross section of citizens defending their city. You will understand how everyday folk unite, their character and bravery.”

The doors will open at 6.30pm for a 7pm start. And a limited bar will be available.

Entry is £10 per person, in cash, on the door, with 50 per cent being donated to three families Iain met while he was covering the conflict.

To book your place, email iainb59@gmail.com

The talk includes Iain’s experiences in Ukraine, where he documented the lives of Kyiv citizens, and will include a question and answer session.

Iain said: “I decided last minute to return to the Ukraine having been there previously in 2019 documenting in the Russian separatist state of Donetsk.

“This time it was to be very different. I managed to photograph a cross section of Ukraine citizens defending their capital city – soldiers, volunteers, refugees fleeing Bucha and Irpin, students making Molotovs [cocktails]and your average citizen cooking for the military.

“I photographed with embedded troops on the frontlines and with soldiers guarding the last checkpoints towards Bucha.

“I was also arrested as a possible Russian saboteur.

“After the Russians were beaten from Irpin and Bucha I decided I had achieved my goal and returned to the UK.” 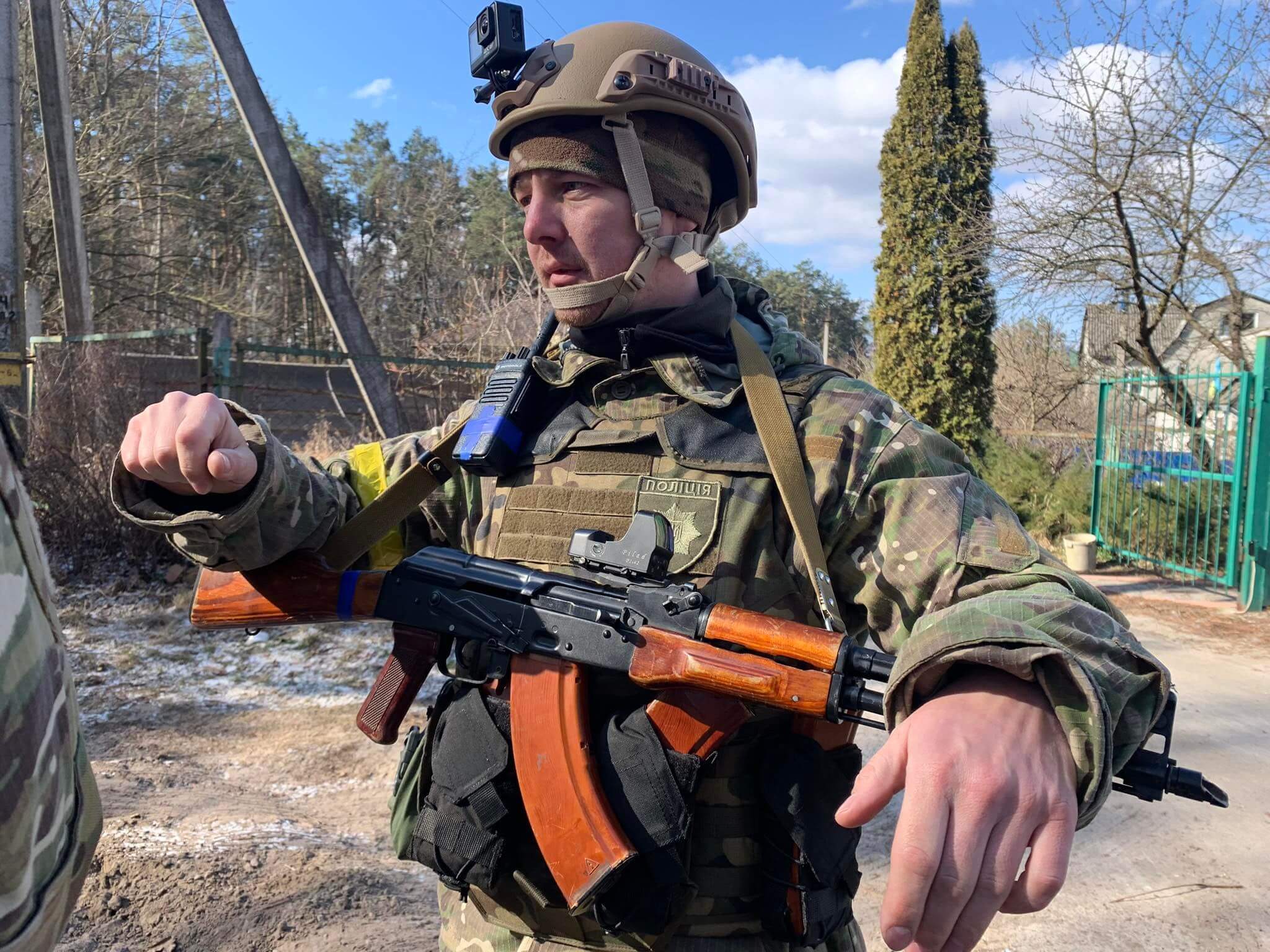 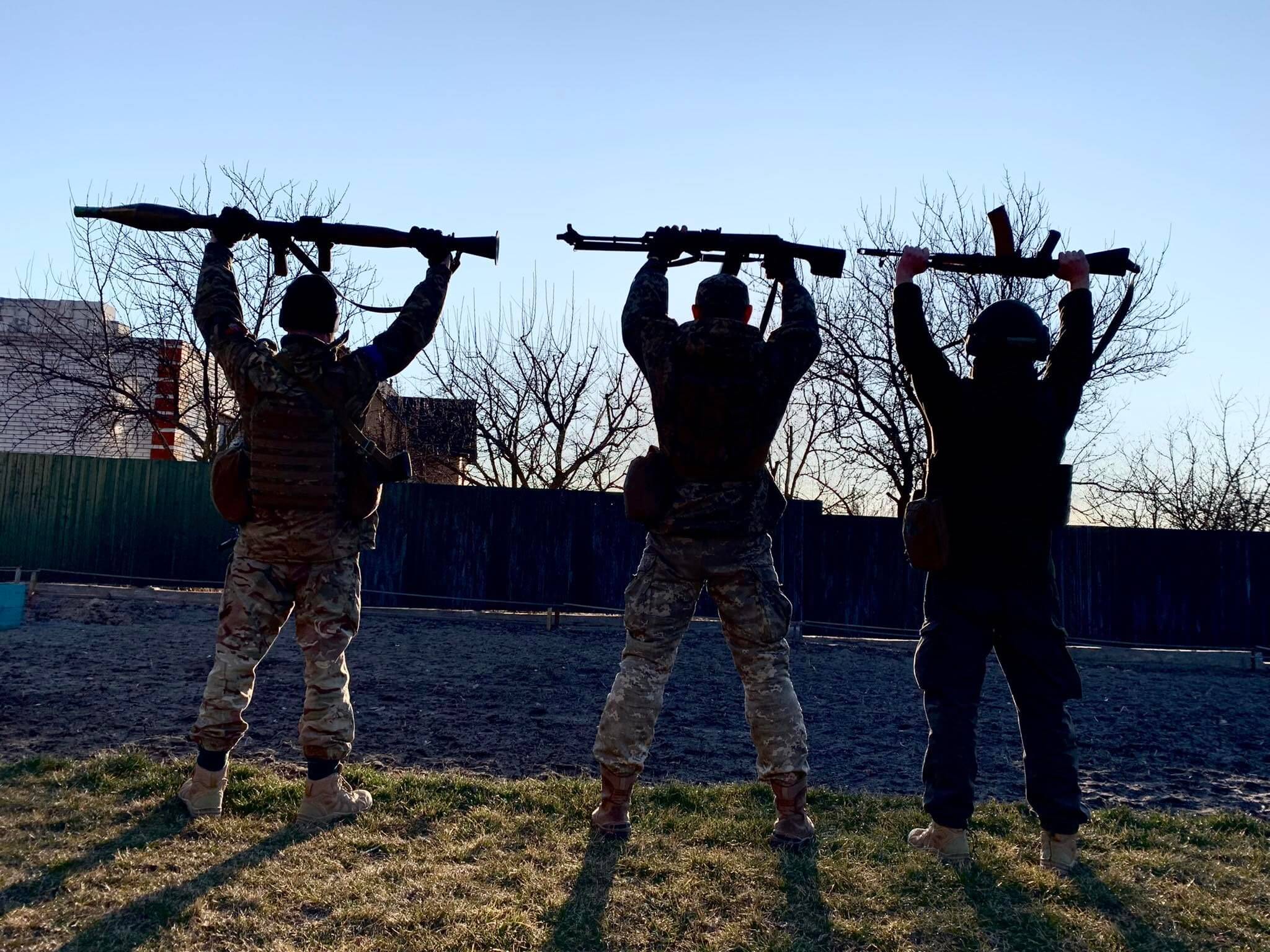 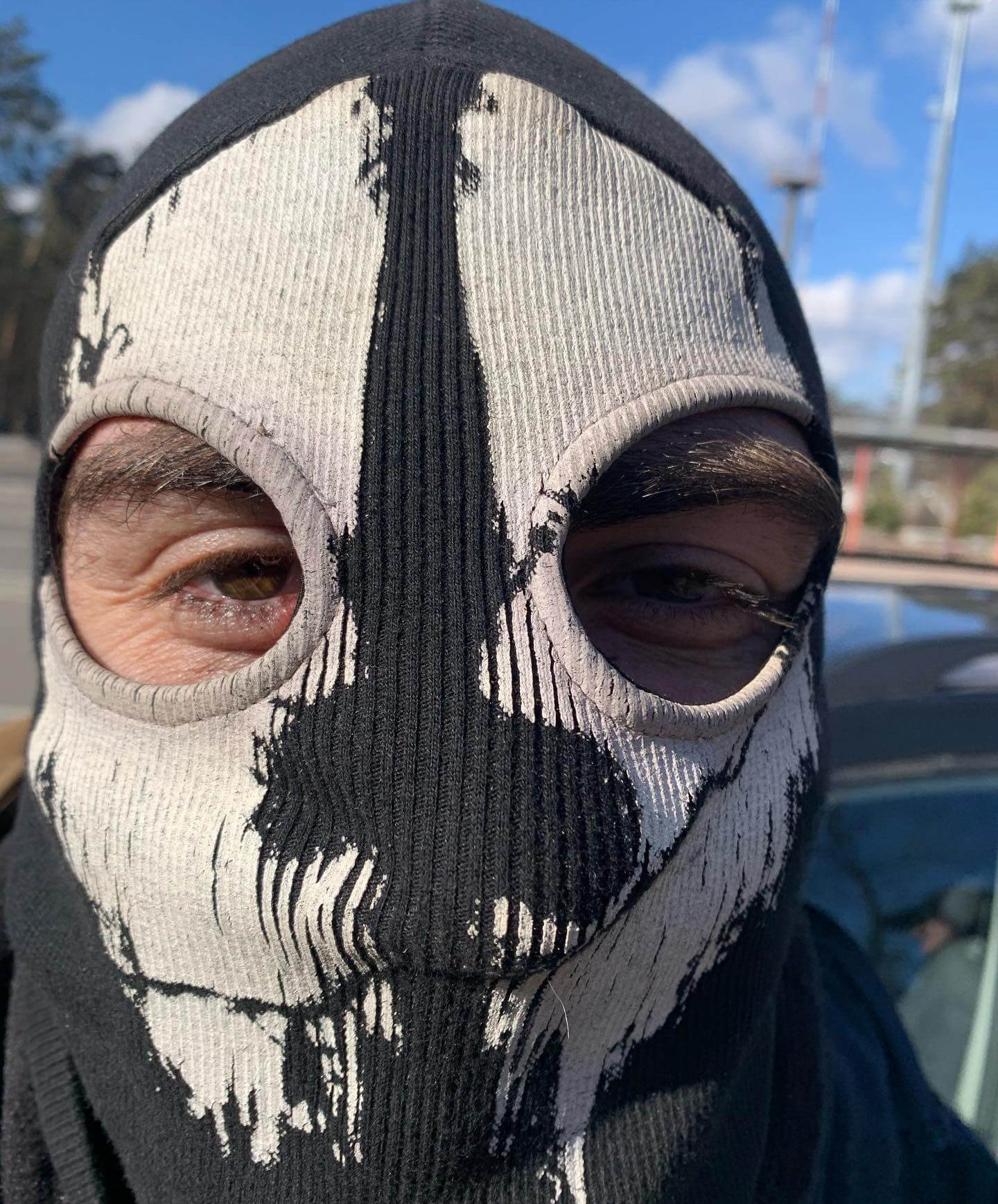 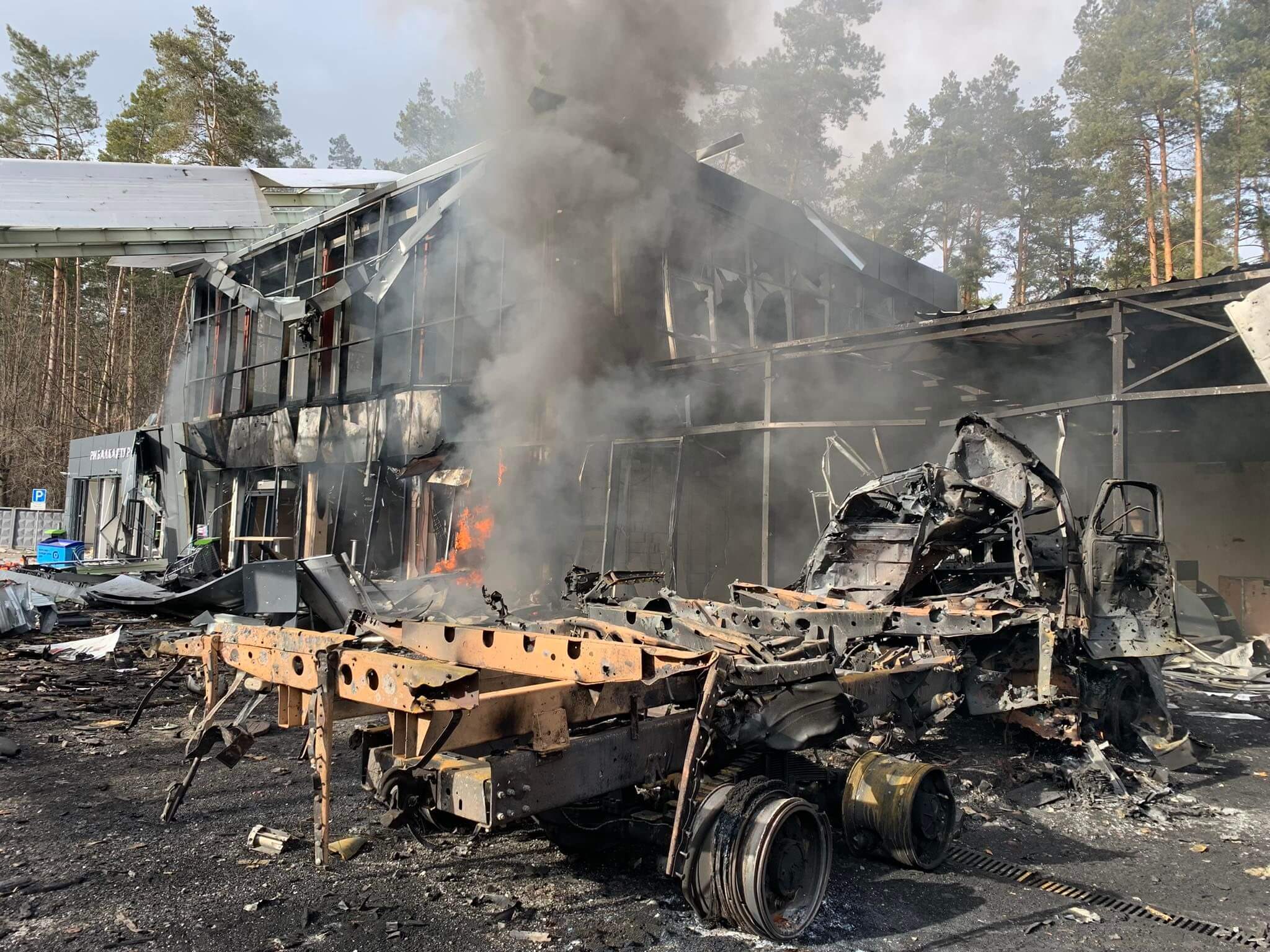 While Iain was away photographing the frontline action, he kept a social media diary to let friends and loved-ones know he was safe, and describe the daily scenes of war he faced.

On March 19, he wrote: “Oh dear, apprehended by Ukrainian counterintelligence.

“Went to meet-up for trip but got apprehended for five hours as thought I was Russian spy. Every single detail on my phone and social media was checked and they even made phone calls to UK to check on my credentials.

“At one point I was off to prison and deported, next it was stay as long as you like but take care….

“It was a gruelling session but great to see true professionals at work, no details spared. Quite unbelievable, so thorough, but good they are keeping this city safe.”

“For about half a minute every hour the Russians are getting no mercy whatsoever. I’m about 10km away and the vibration is felt, the pounding heard. It’s absolutely incredible. It must be carnage for the Russians…

“There is no room for mercy it’s the real deal, real war, real death.

“Here in city centre, one gets used to guns and sirens. This time it’s different, severe, gut-wrenching and undoubtedly terrifying..” 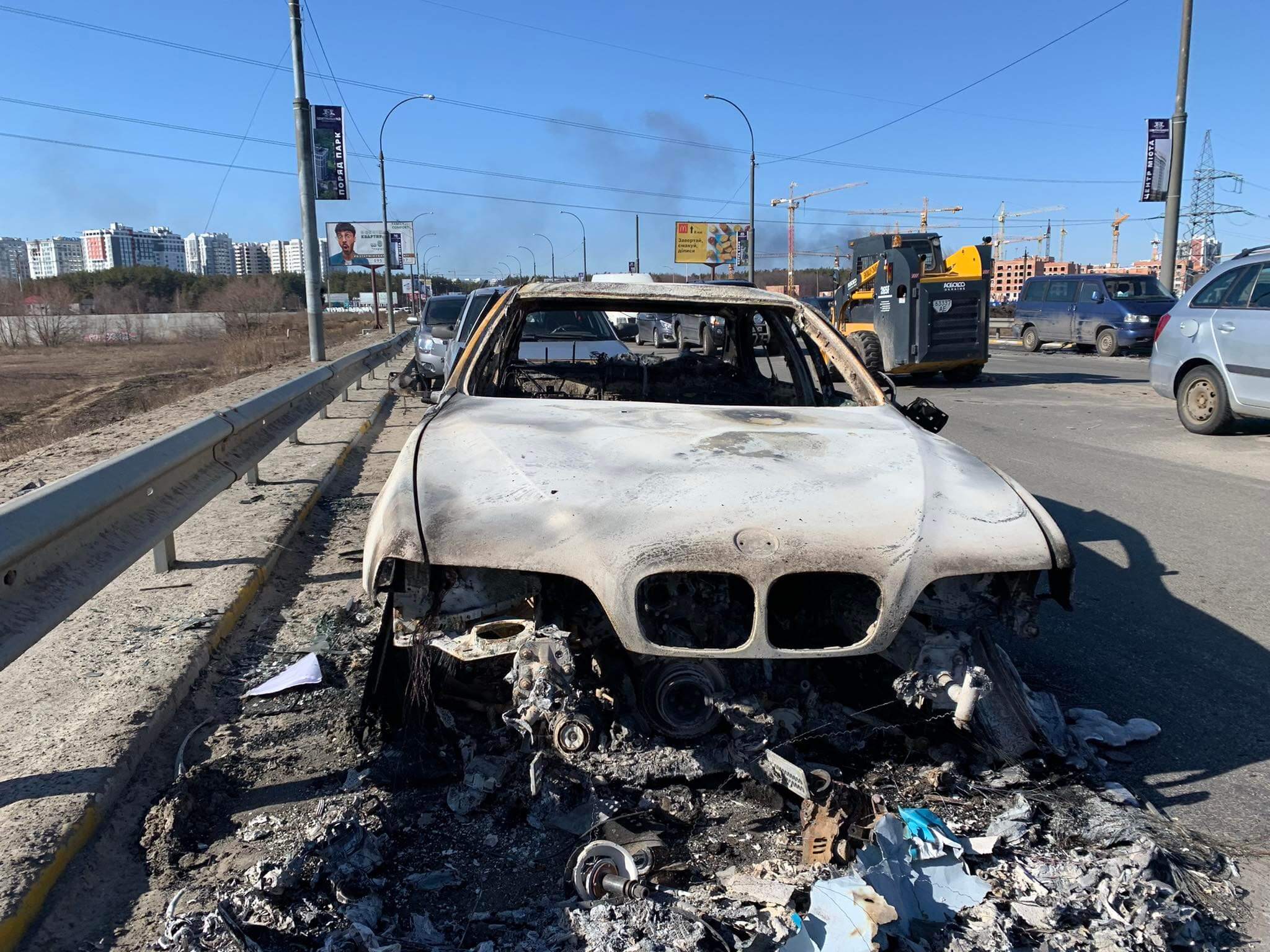 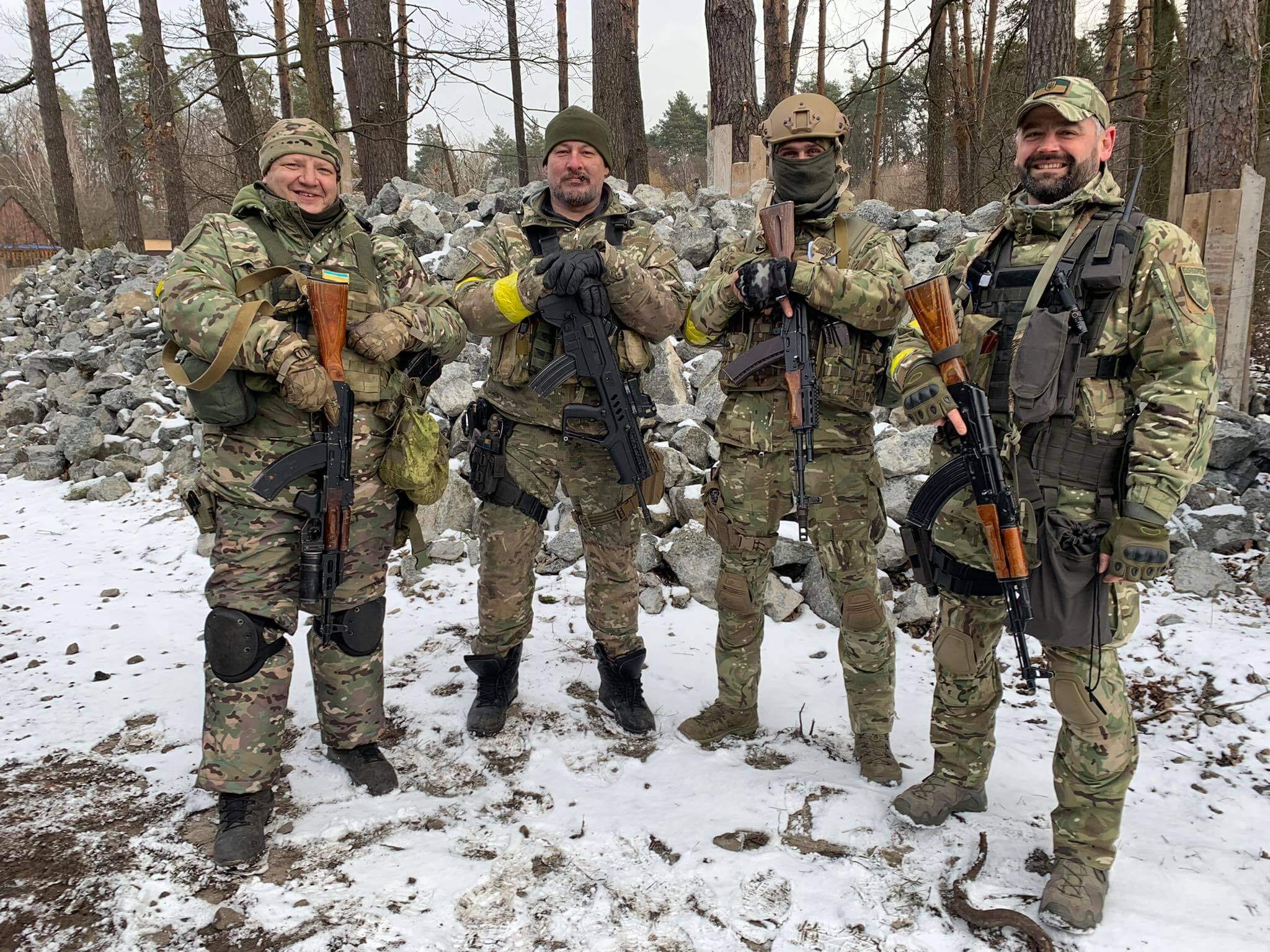 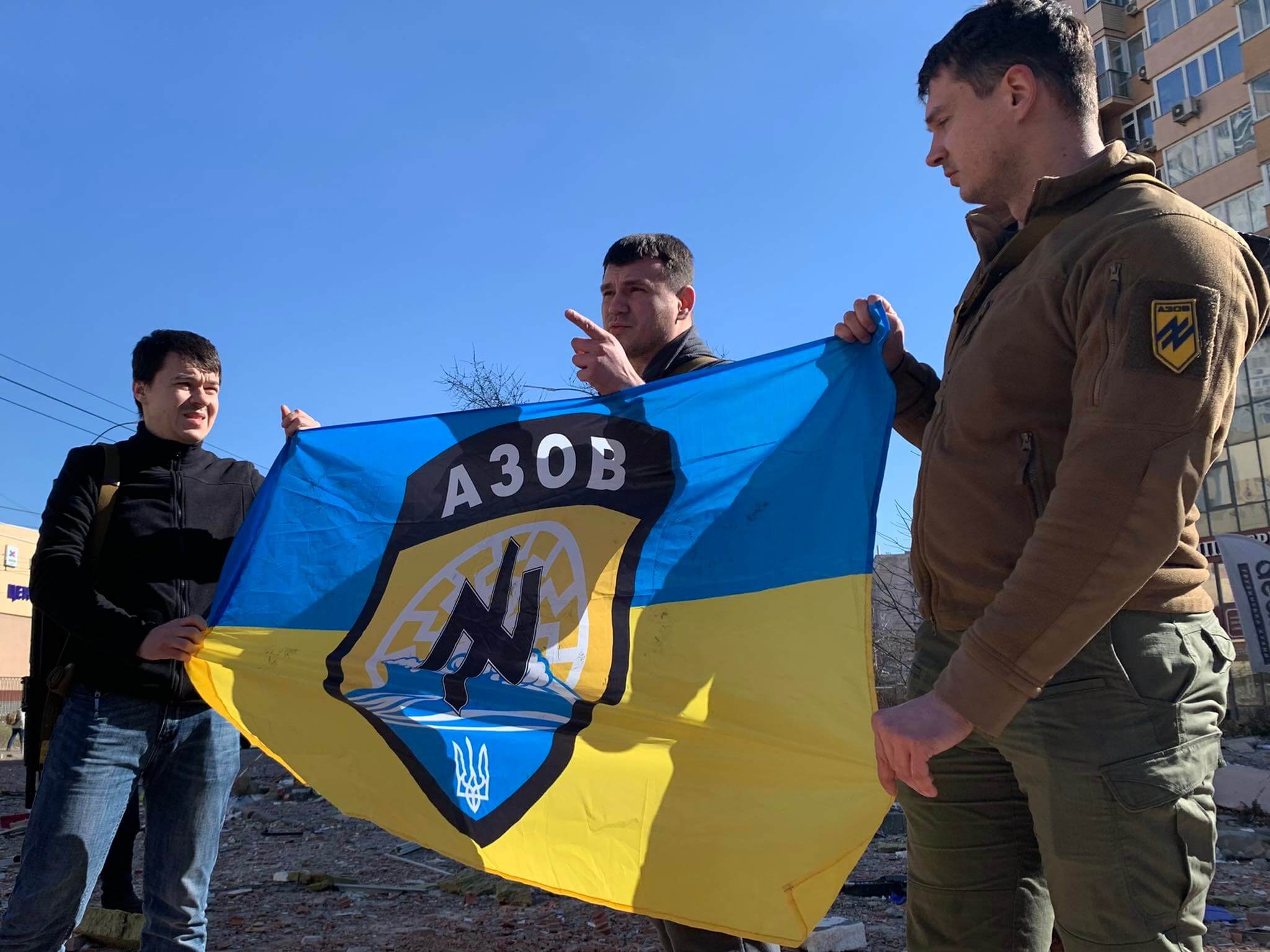 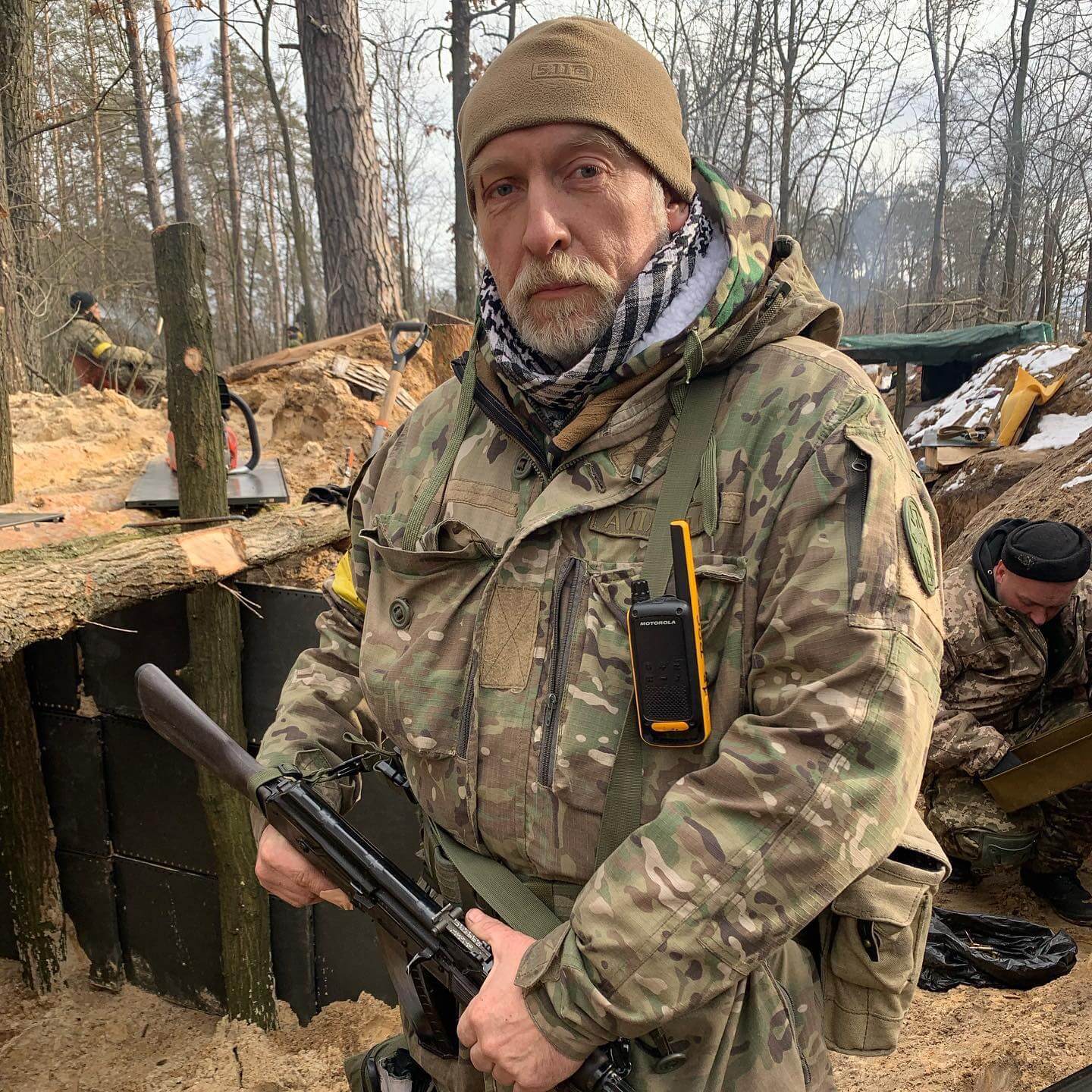 “Now the aftermath. With the guns silent, the ugly face of this war enters a different chapter as the lurking mist rises revealing the true horrors resulted from the insanity of conflict.

“The temperature has dropped and seems to almost compliment a scene of twisted metal, shattered buildings and smoking remains, wet muddy tank tracks and life suspended in a dull grey.

“Bucha and outlying villages just off Kyiv ring road have been left in an appalling state by retreating Russians.

“Driving down one street alone, over a dozen dead civilians. Tank crews frazzled and charred, unrecognisable.

“The towns are wrecked, muddy; smoky, grime and death, silent and a weeping catastrophe..” 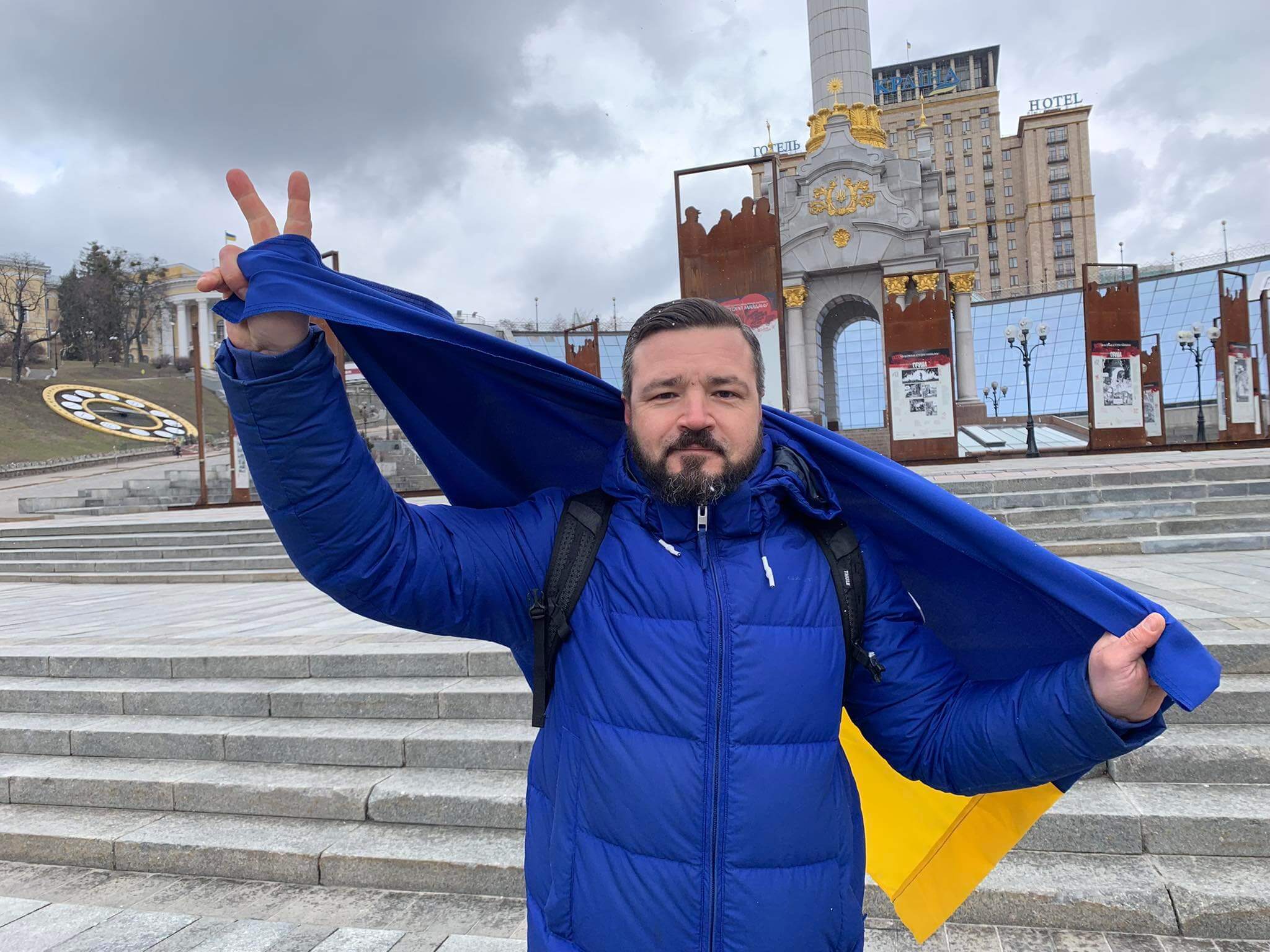 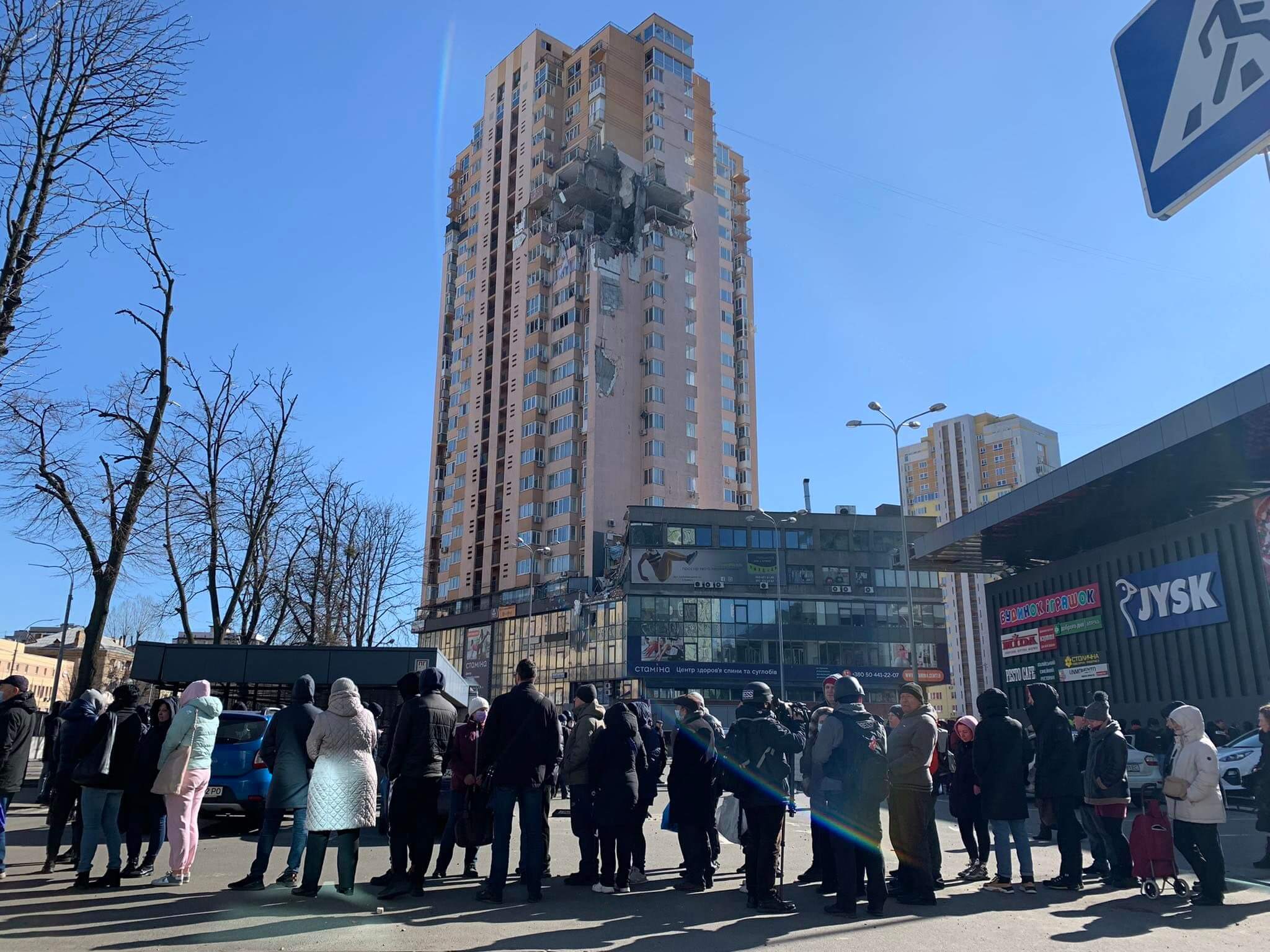 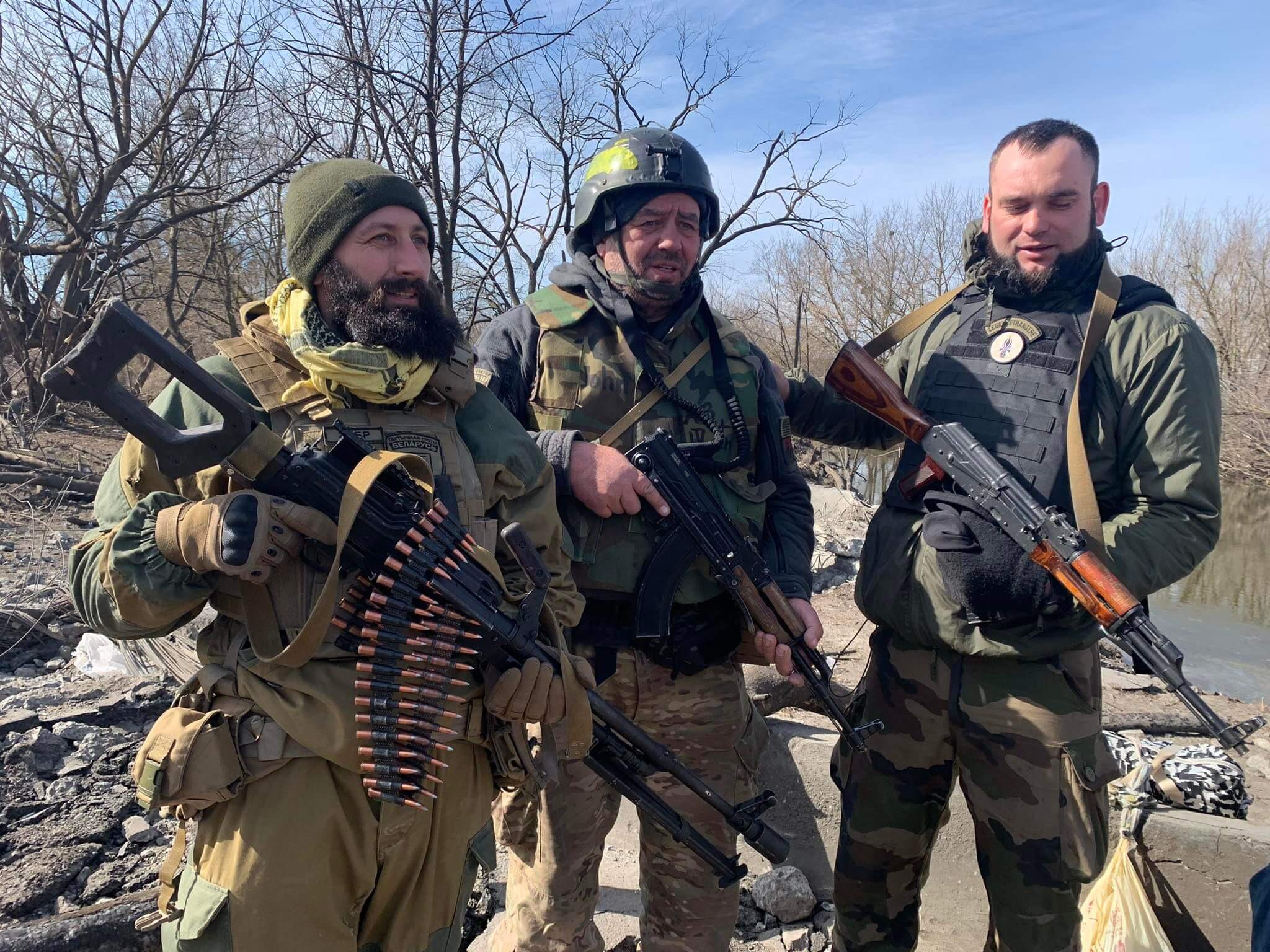 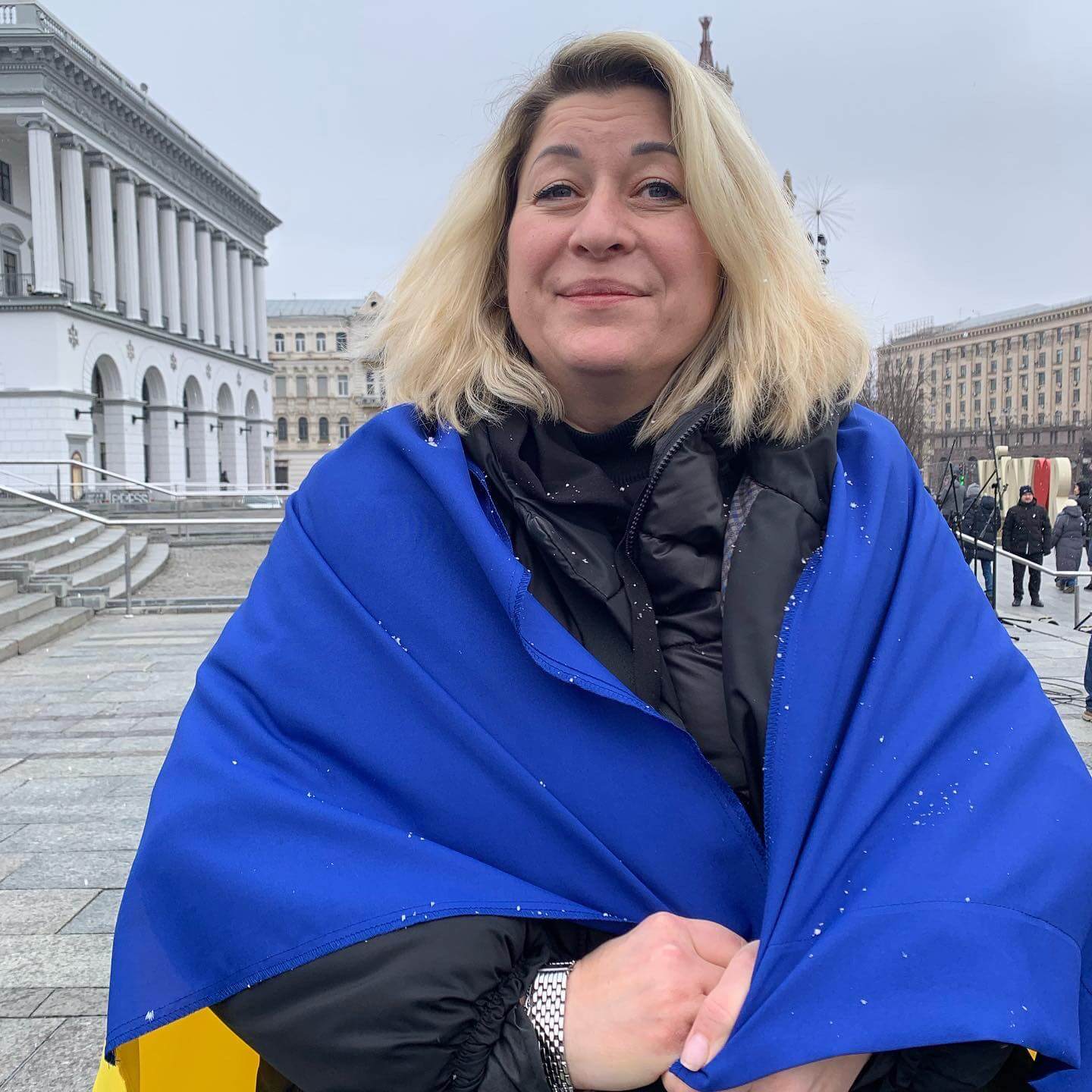 Nothing makes Iain prouder than his photojournalism on the battlefield – not even the world-famous iconic image he took of Princess Diana.

A chance capture by Iain at a polo match on a ‘dreary afternoon’ in Tidworth, Wiltshire, resulted in him taking a rare photo of the young princess with her then-secret lover, James Hewitt, where she can be seen coyly presenting him with a gigantic trophy.

Diana was Colonel in Chief of Tidworth and Hewitt was captain of Life Guards, who won the polo match, so he collected trophy.

The photograph remains in circulation today. It is carefully marketed and controlled by an agent and cannot be published without permission and payment.

As well as being privately-invited to photograph senior royals for 19 years, self-taught Iain’s career has included regular commissions by the society magazines – Tatler, Paris Match, Hello. And he has photographed  major equestrian events and high society weddings.

In recent years he has added documentary and photojournalism to his varied portfolio.

Always looking for a new project to excite and inspire him, Iain, who trained in hotel management, has photographed gang members in Bankok, visiting Sri Lanka’s north restricted zone with the sole aim of seeking out the chief of the pygmy Veddah tribe – a successful mission where he also found the Tamil Tigers.

He battled extreme hunger, loneliness and the elements for more than a year in what he described ‘self-documentary’, living among nature in an East Devon woodland as a ‘modern-day poacher’.

There, Iain lived alone in a dug-out badger set. He bathed in the sea, slept underground, tracked and hunted animals to survive, and kept a written and photographic diary of his adventures.

And in 2019 Iain took his camera to document what was happening in the Russian separatist state of Donetsk. 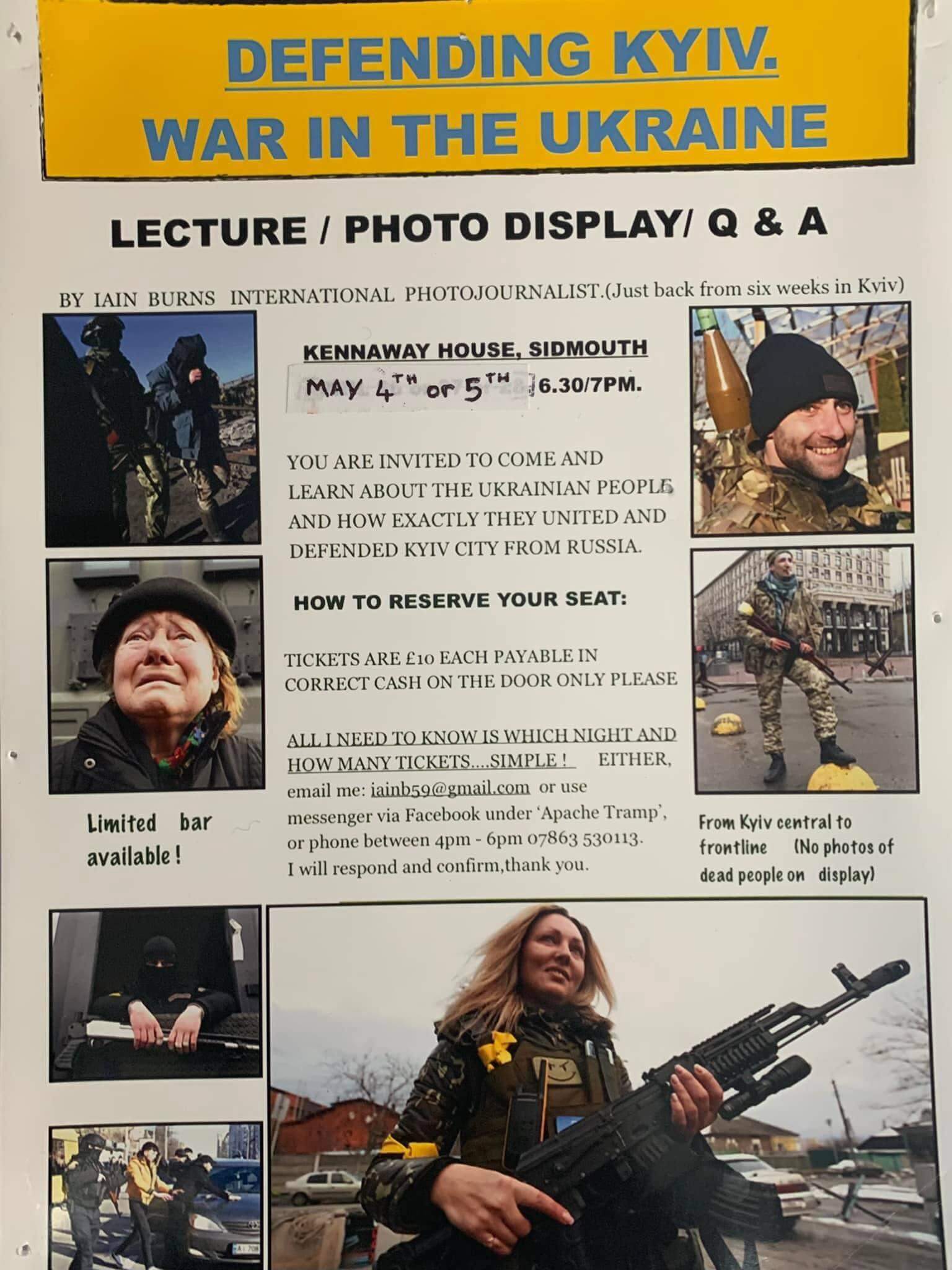