Fly-tippers dumping roofing rubbish and a hazardous tank at two separate sites in East Devon will cost the taxpayer more than £1,000 in clean-up costs.

East Devon District Council (EDDC) said it was ‘shocked’ by the mess and hoped to identify the offenders and issue penalty fines.

The council is urging anyone with information about the fly-tippers and illegally-dumped rubbish to report what they know to Crimestoppers, or direct to EDDC.

A large propane gas tank was at the end of March dumped in a lay-by between Rockbeare and Cranbrook.

It is thought the tank was dumped from the back of a lorry.

Once the eyesore has been removed it will be disposed of by a specialist, the council said. 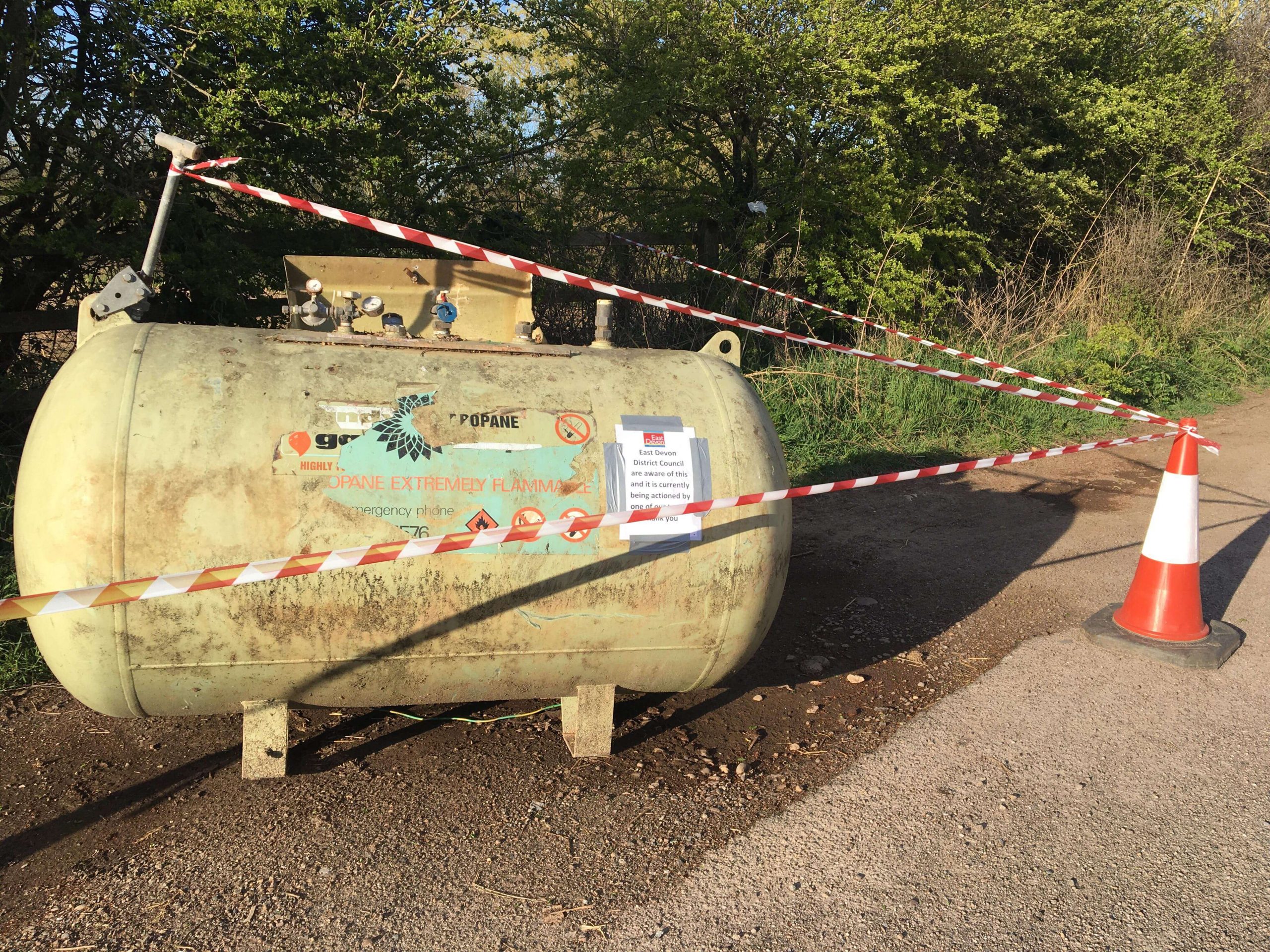 The dumped tank in the lay-by.
Photo: EDN. 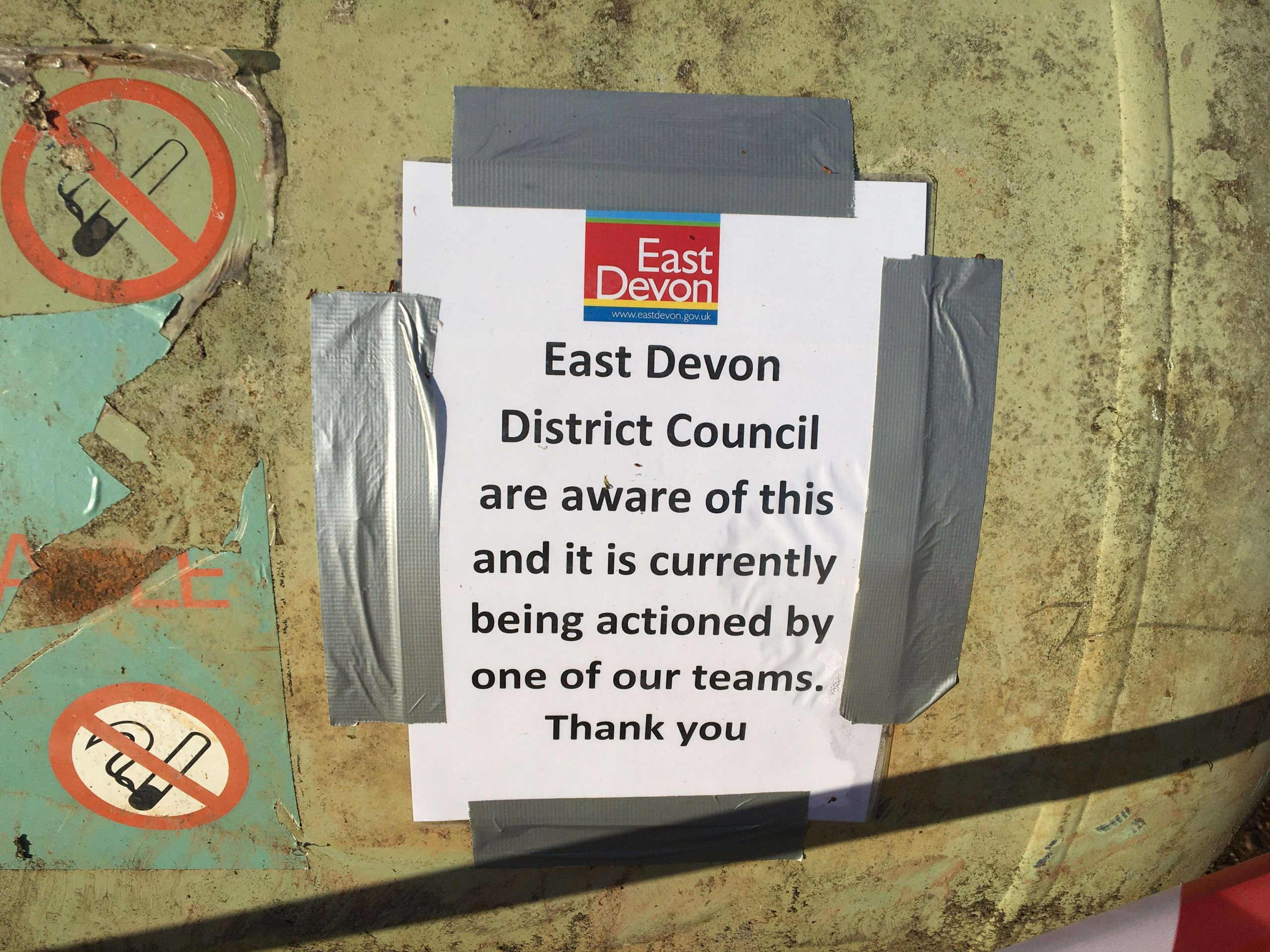 Earlier in March piles of wood, gates and roofing material was fly-tipped – strewn across the countryside in Beare Lane, Budlake, near the Killerton estate.

EDDC said the clean-up is expected to take around a day, with a team of seven and a tractor needed to remove to debris. 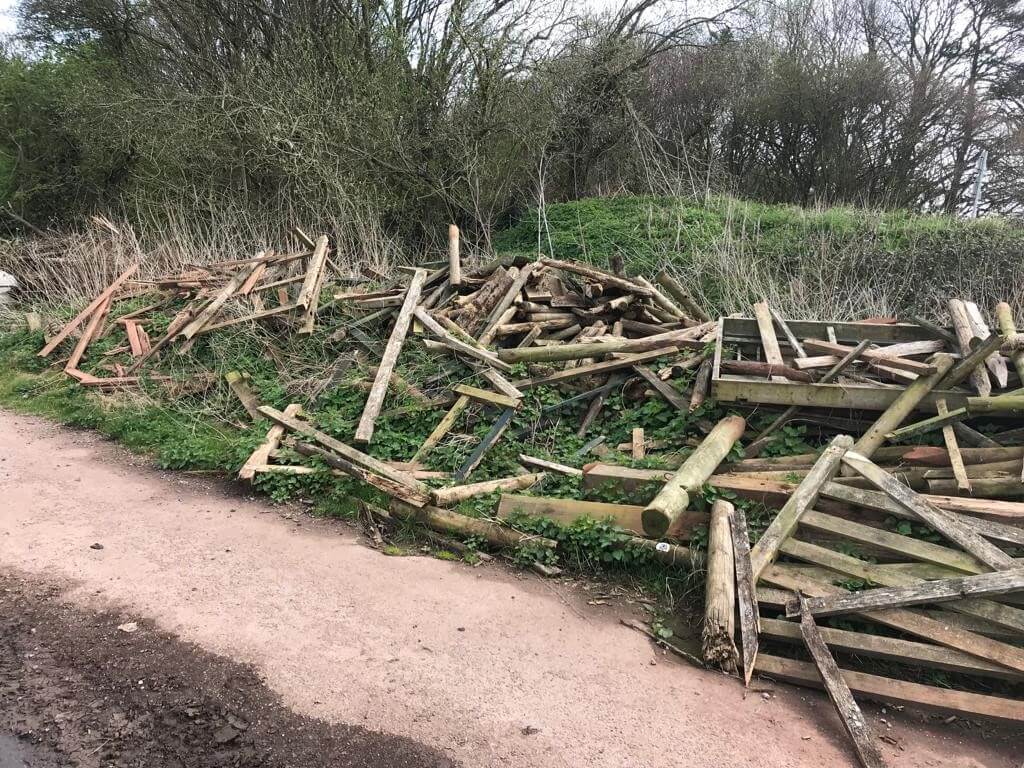 Wooden gates were among the mess dumped at Budlake, East Devon.
Photo: EDDC. 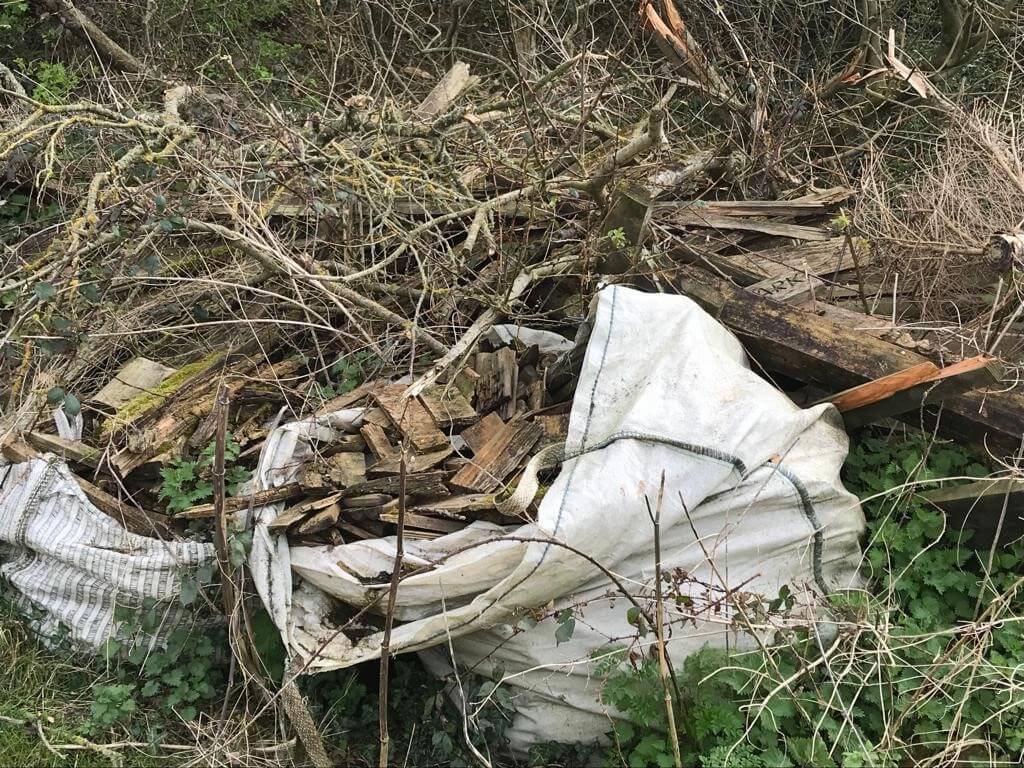 “I was totally shocked when I saw the amount of material left at these two locations.

“Most East Devon residents are brilliant at recycling, to such an extent that we lead the country in the least amount of residual waste, which we then send to the incinerator.

“Many residents partake in litter picking groups or individually, to help keep East Devon litter free, but then we get these individuals do this.

“I do hope we are able to find the offenders and hopefully fine them the maximum.”

EDDC said the fly-tippers have racked up a combined cleaning bill expected to cost the tax payer more than £1,000.

The district council said the large propane tank, dumped in a layby on the Rockbeare Straight, between Cranbrook and Ottery St Mary, was reported on March 20.

An EDDC spokesperson said: “EDDC is now working to arrange for the removal of the hazardous tank – it will need to be hoisted up onto a trailer with a tractor, before being transferred to a specialist location to be disposed of.

“Officers suspect the item was dumped off the back of a lorry.” 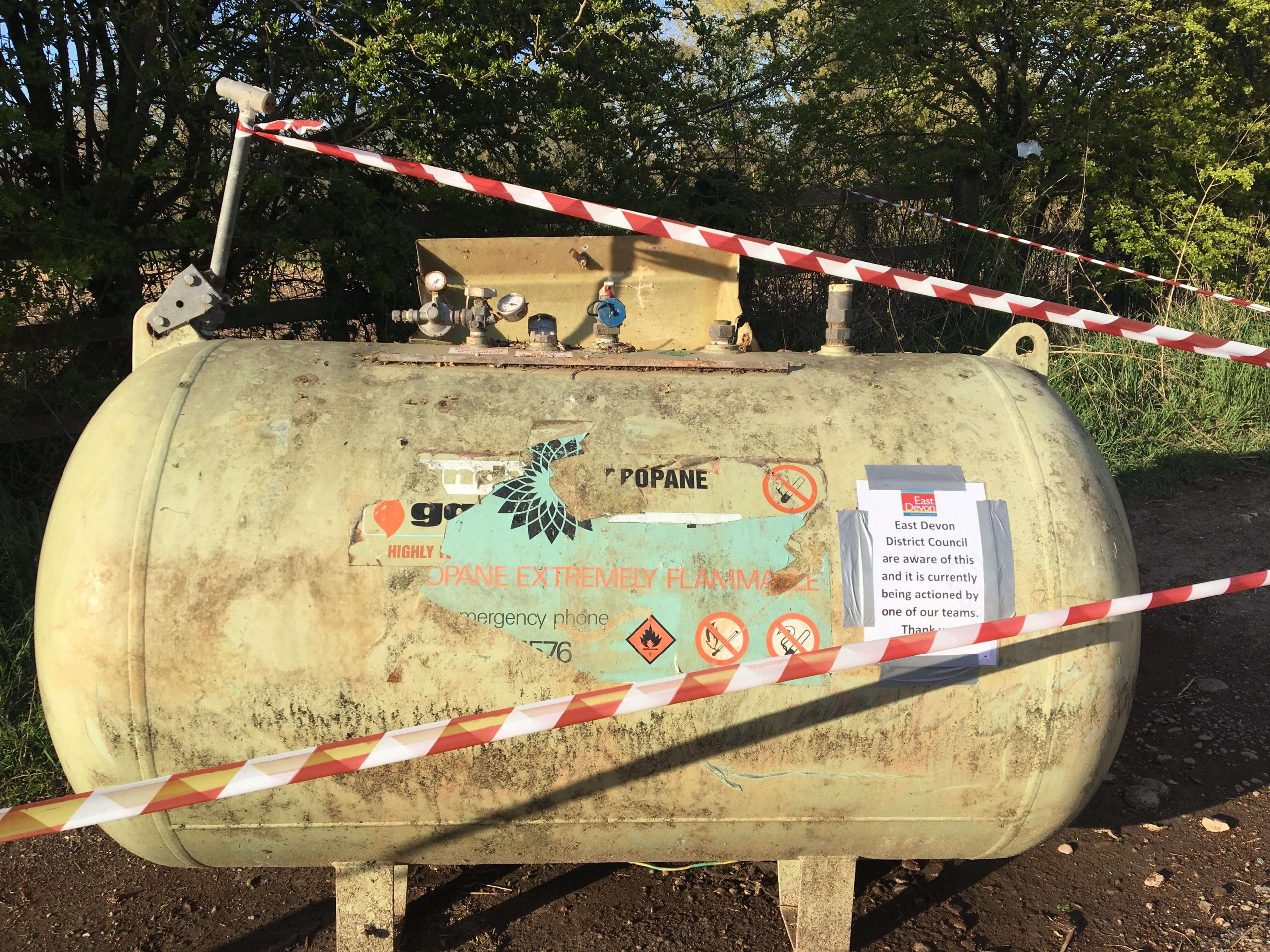 The propane tank was illegally dumped in March.
Photo: EDN.

The council said a ‘huge’ amount of wood, gates and roofing material left strewn across a large area of Beare Lane, in Budlake, near Killerton Park, was reported on March 23.

The council said: “EDDC will likely need a team of more than seven to spend at least a day cleaning up the mess, which will likely need the help of a tractor that can hoist a lot of the larger pieces of wood onto lorries, before it can be taken away for disposal.” 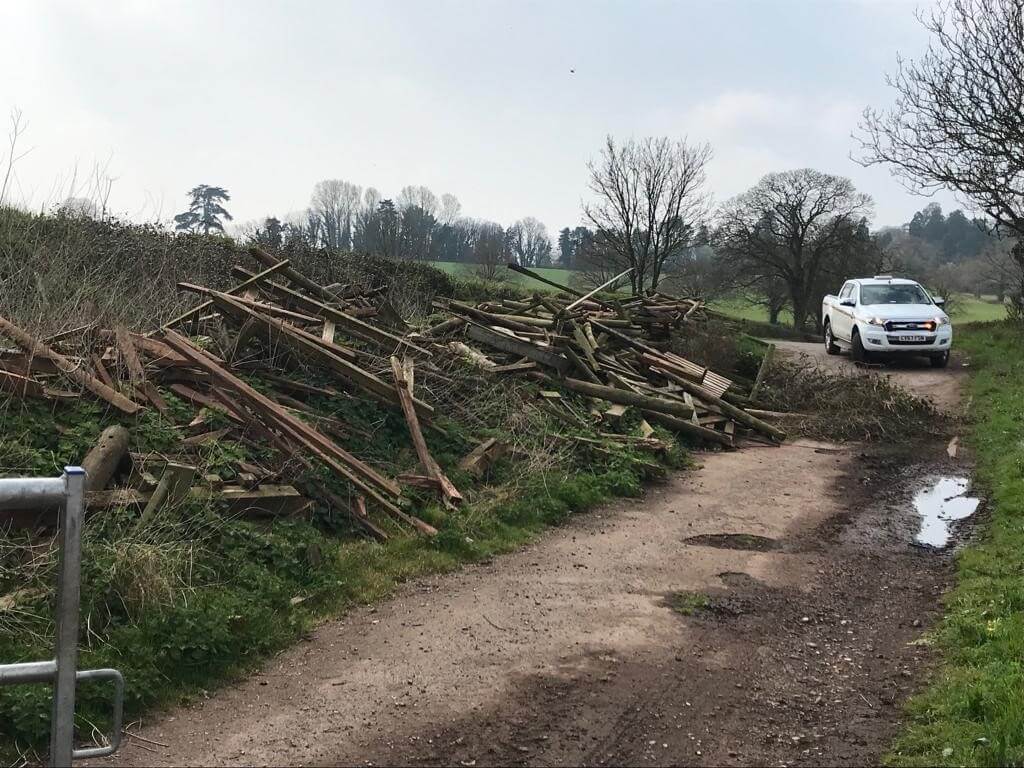 EDDC at the site: The mess is expected to take a day to clear.
Photo: EDDC.