After wind speeds recorded of up to 100mph in places, and a Red Wind Warning issued by the Met Office for North Devon and an Amber Wind Warning for the rest of the county,  some150 highways officers, contractors and more than 70 tree surgeons have been clearing debris including rocks, trees, and tree branches from minor roads.

Devon County Council (DCC) said Friday morning and early afternoon represented the ‘peak’ of Storm Eunice in Devon, with wind speeds recorded of up to 100mph in places.

And on Friday evening (February 18) the temperatures fell and gritters were out in force with all the gritting routes treated. 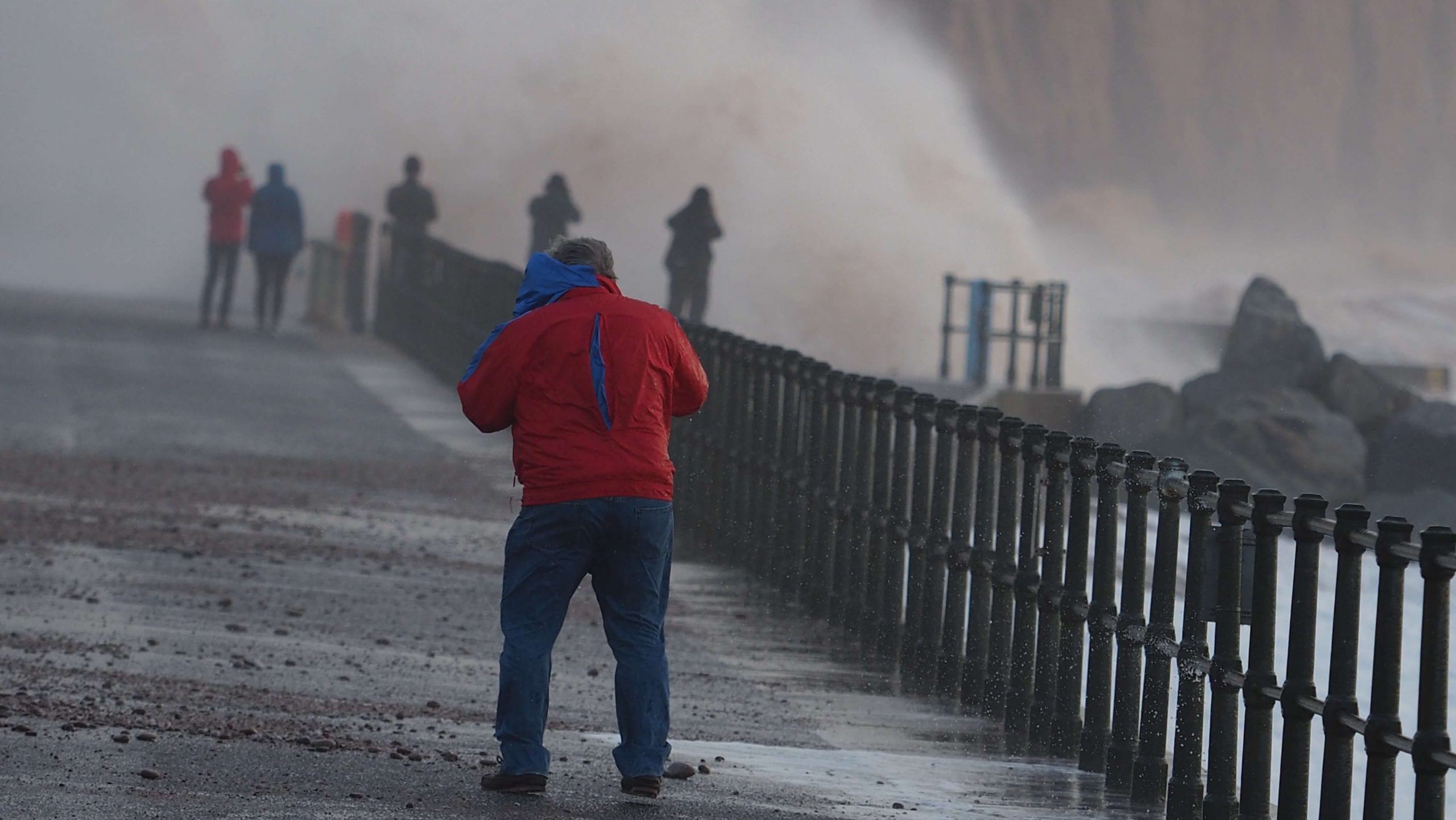 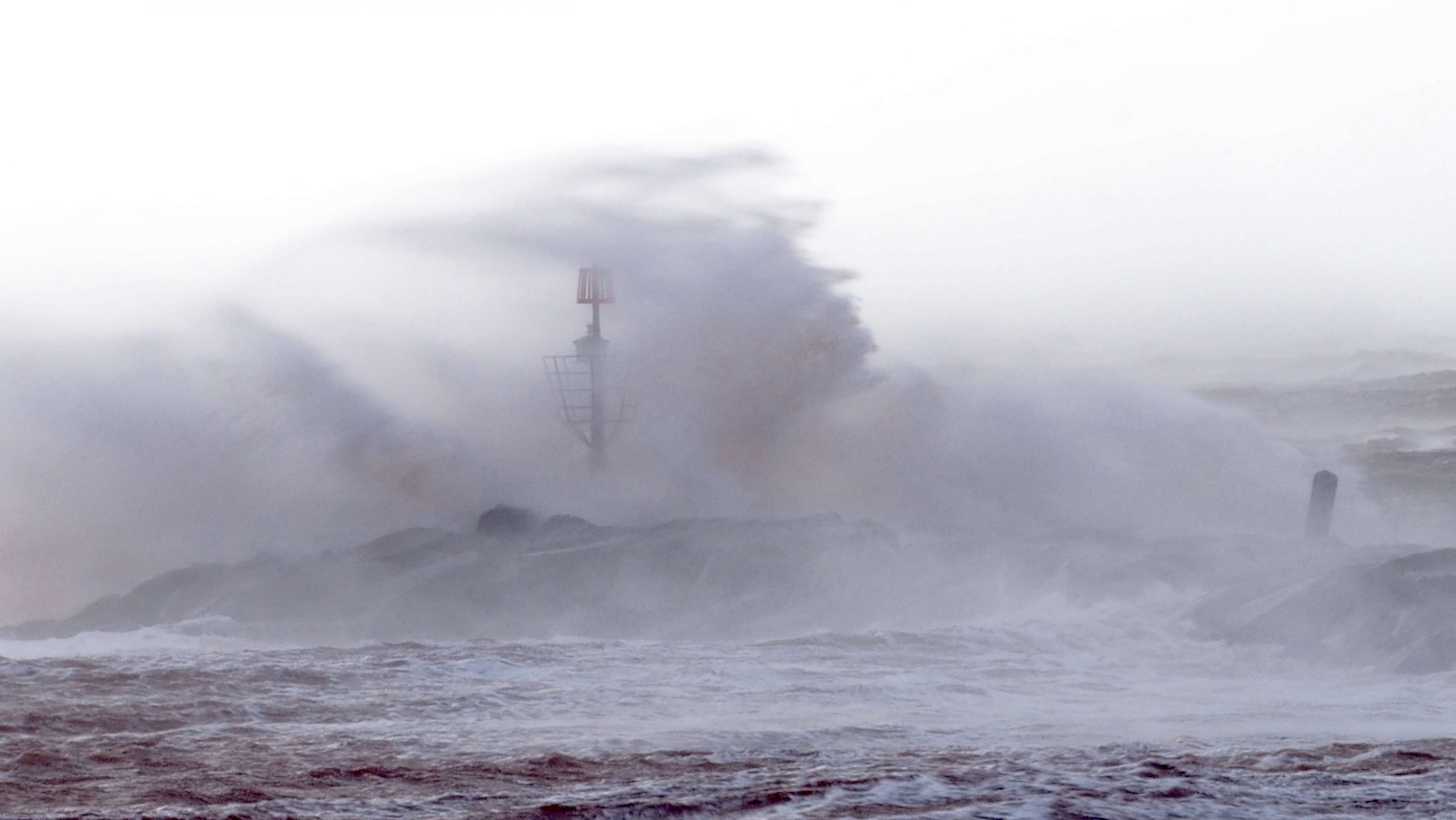 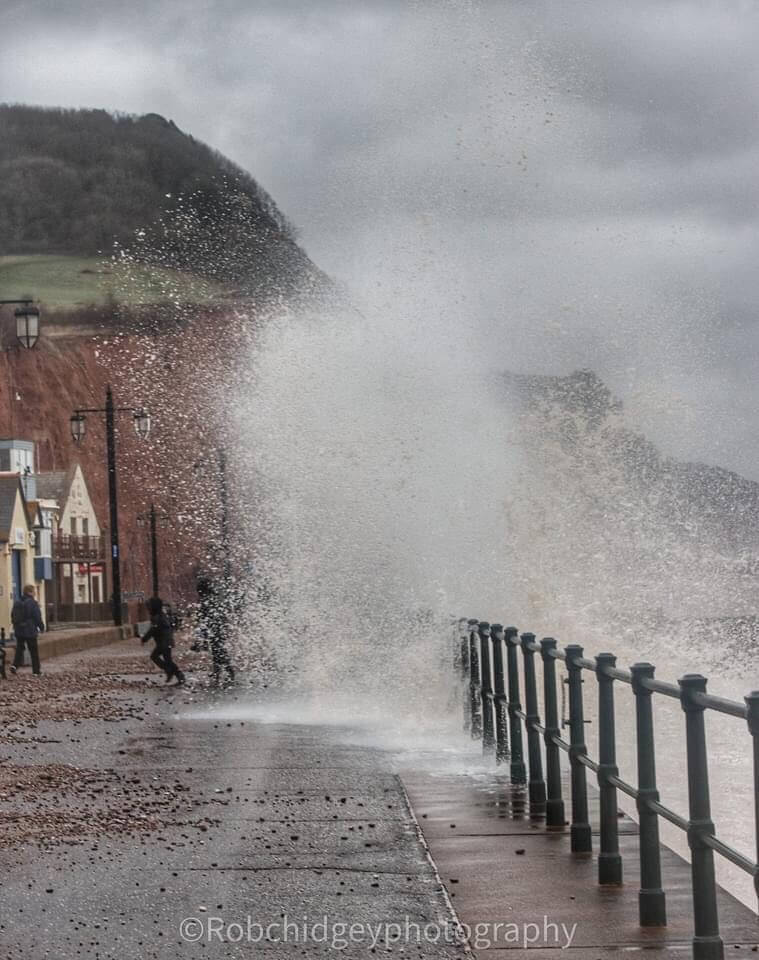 DCC said the winds caused major disruption to services and travellers. Since Friday, the Network Operations Control Centre has received around 1,300 calls.

The county council said trees were brought down in ‘numerous’ places, including at Half Moon, Lapford, Chulmleigh, Cowley Bridge, and Barrack Road, Exeter.

The northern end of the A39 was blocked multiple times over the course of the weekend with large trees at Shirwell, Lynton, Watersmeet, while the A396 Stoke Canon was blocked on Friday and again the following day.

And the A396 Bampton/Cove area was also blocked multiple times over Saturday and Sunday by large trees. 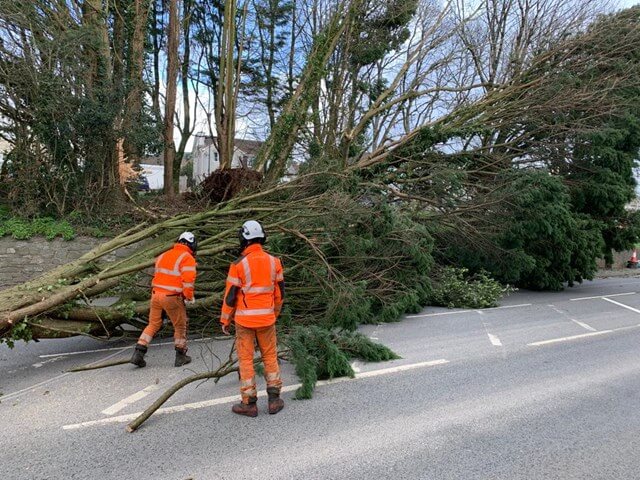 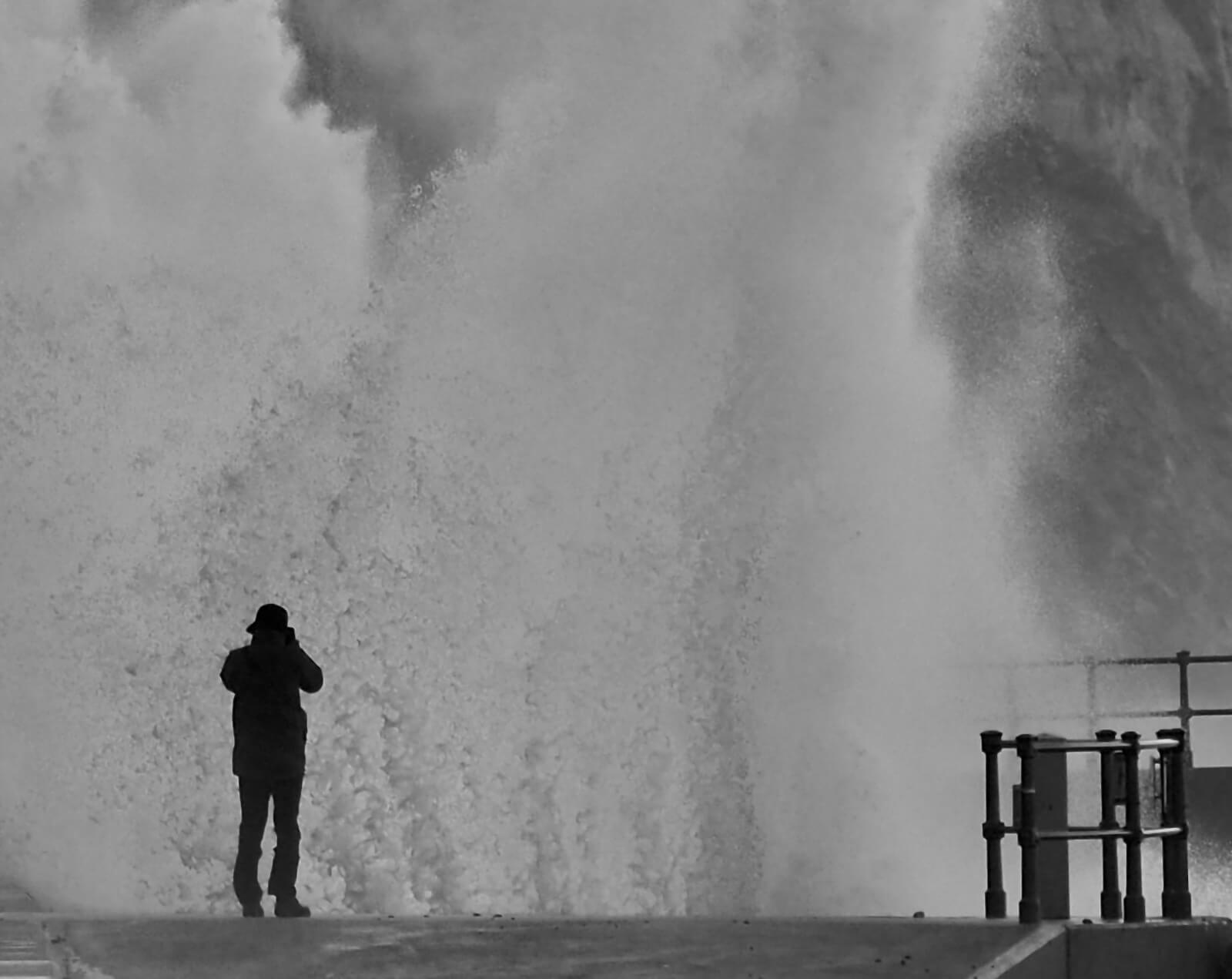 A storm watcher in Sidmouth. Photo: with permission. 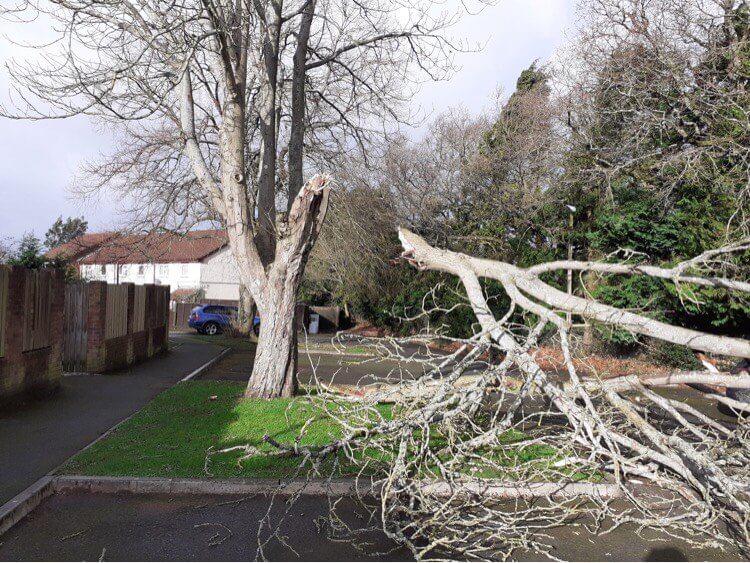 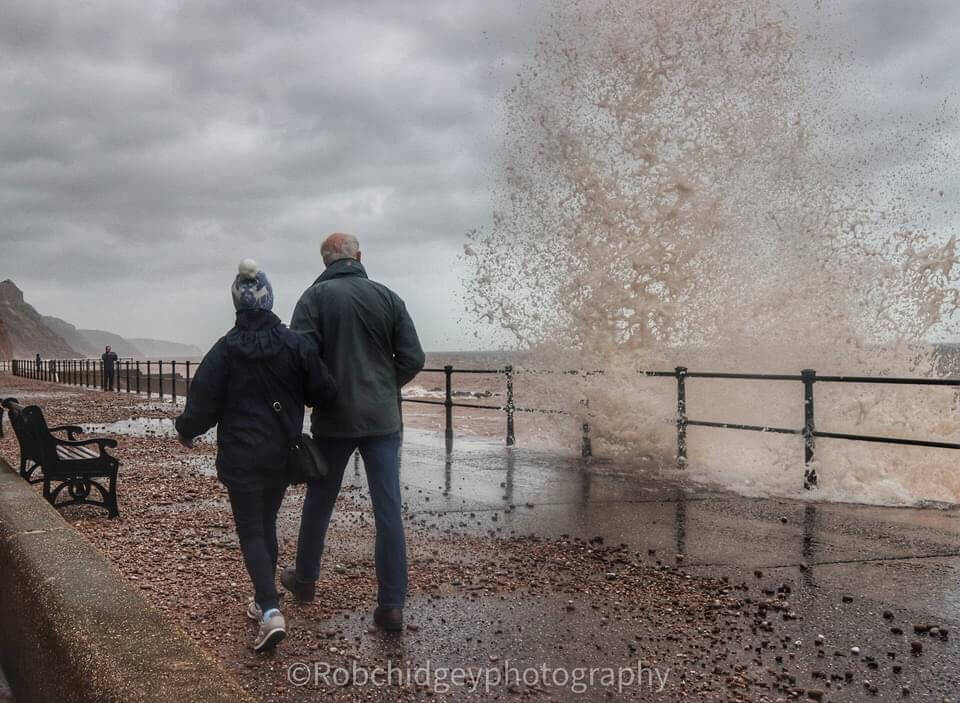 Roads including at Exmouth, Topsham, both in East Devon, plus Kingsbridge, Kingskerswell, Northam and Woolacombe were closed for periods because of fallen or loose roofing materials and chimneys, said DCC.

Western Power Distribution confirmed of Monday morning (February 21) there were 11,000 homes across Devon and Cornwall without power which, they hoped to restore later that day.

Taw Bridge in Barnstaple is now reopened and most of the county’s recycling centres re-opened on Saturday.

Councillor Stuart Hughes, Devon County Council’s cabinet member for Highway Management, said: “Once again I would like to praise all the staff that worked so hard over the weekend to help get Devon moving again and this is largely because we were well prepared. We knew the storm was coming and prepared accordingly by increasing resources, and that helped reduce the impact.

“Wind speeds are slowing down as we speak, but a significant number of debris remains on the roads. While the majority of the main routes have been cleared Devon does have 8,000 miles of roads and some of the minor routes are still blocked.

“We have drafted in extra teams to clear them but this will take time, so please continue to drive carefully, plan your journey, leave extra time and check for @DevonAlert updates.” 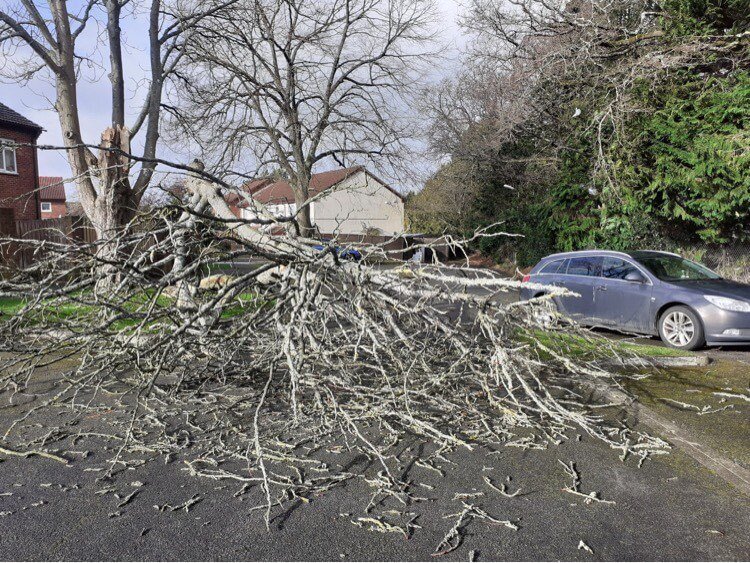 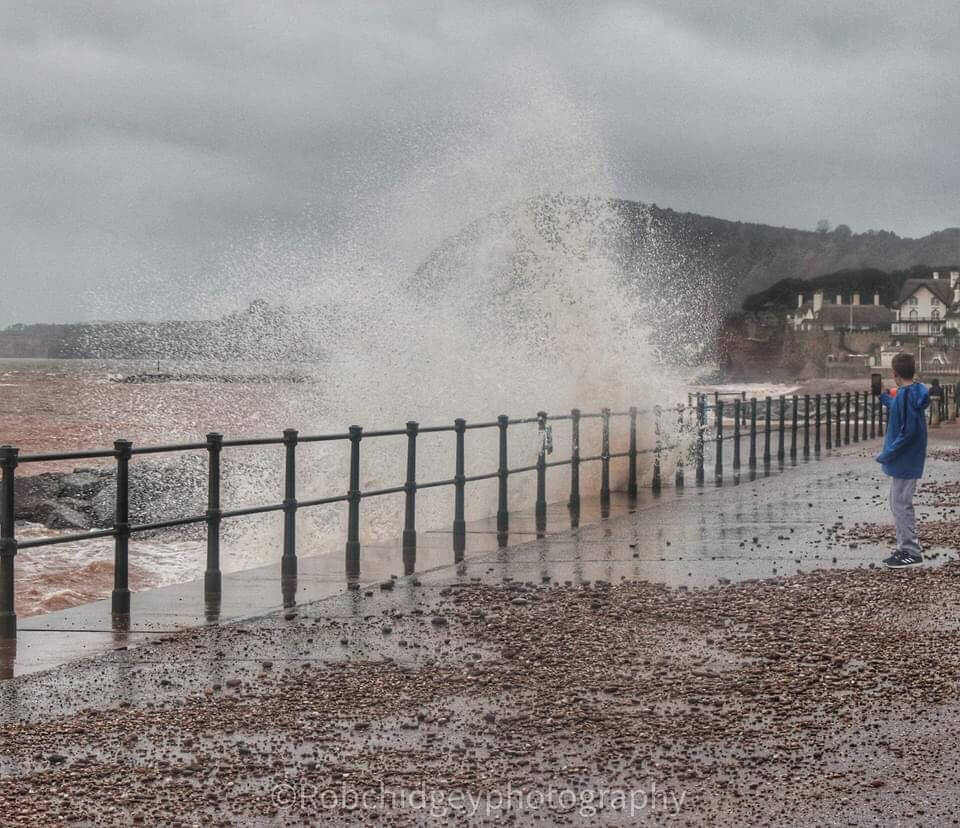 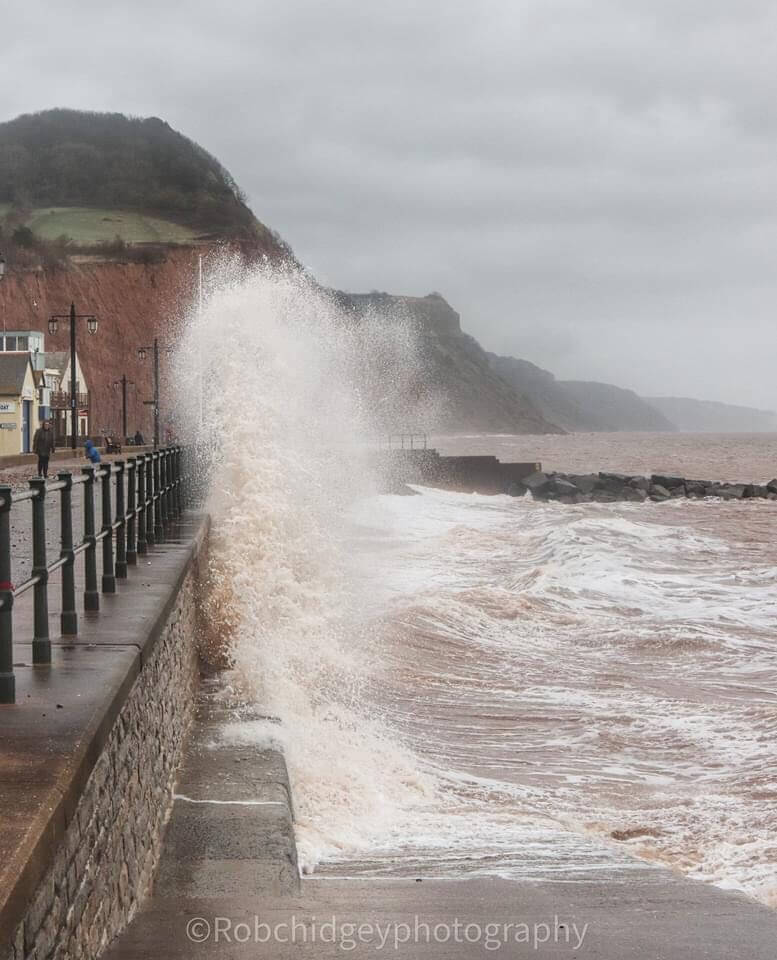 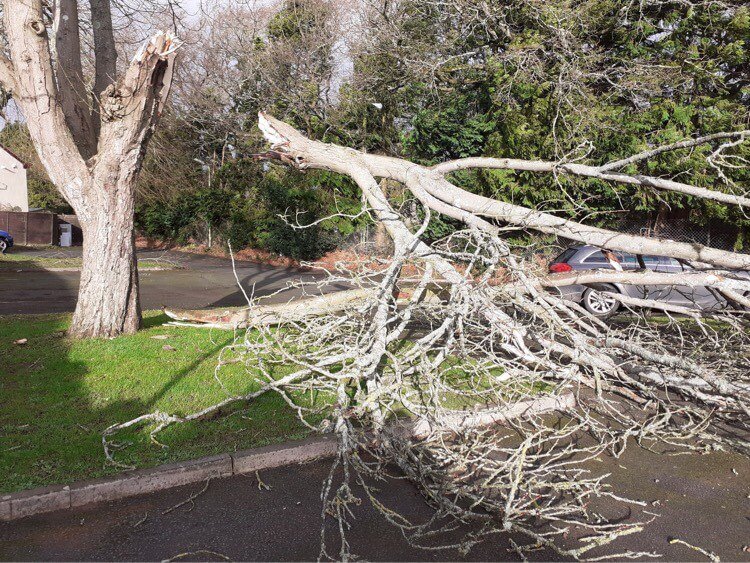 Rena Barrow took this photo in Honiton, at All Saints Court.