Deaf students in Exmouth held a peaceful protest in the town centre in a bid to highlight the importance of protecting British Sign Language (BSL).

Deaf Academy students marched to show solidarity for a campaign held outside parliament calling for legal protection of BSL – a language estimated to be used by 87,000 people across the UK.

The students’ march coincided with the second bill of the BSL Act being heard in Westminster, the Deaf Academy said.

Those taking part made their own banners and were accompanied by staff on their peaceful protest. 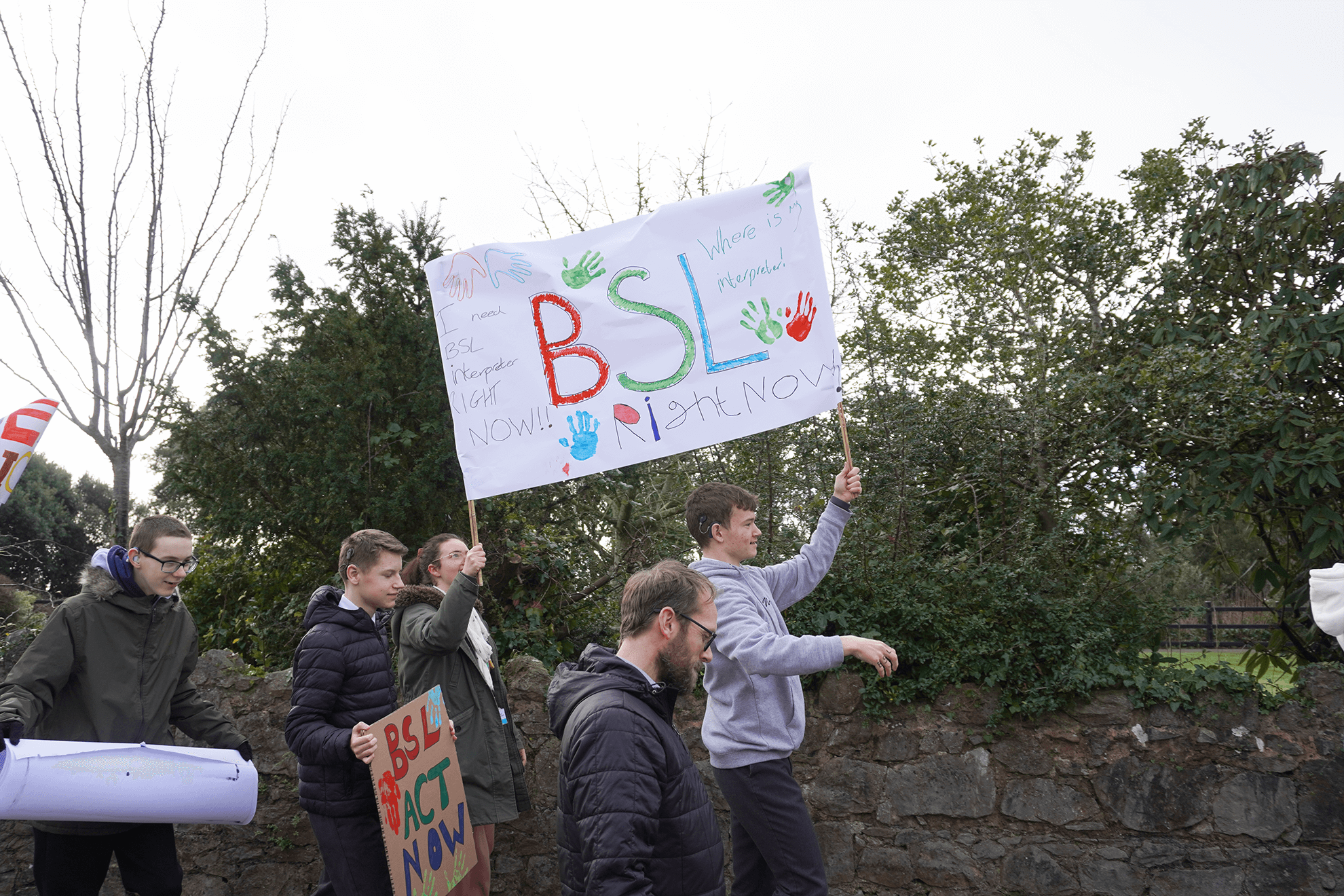 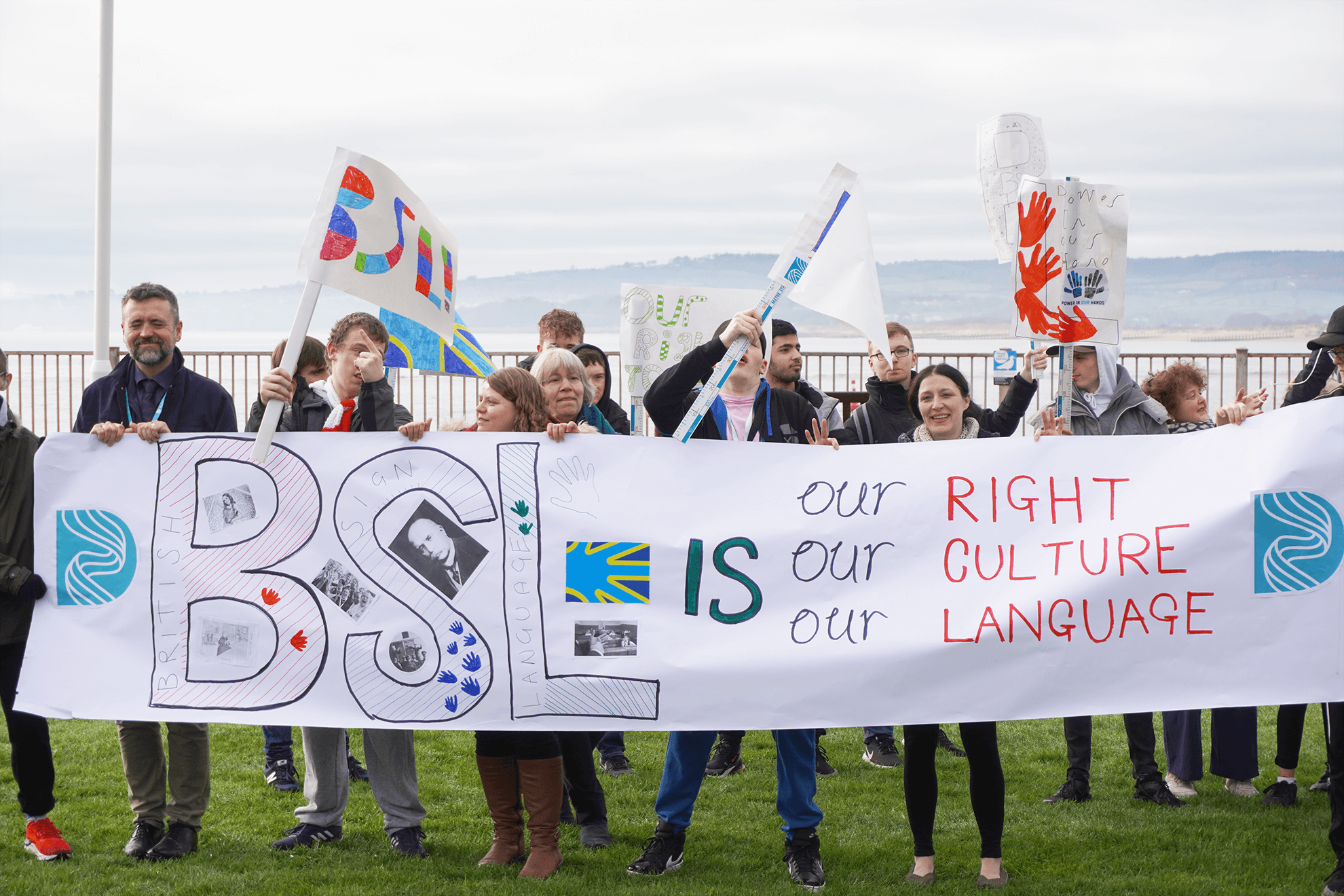 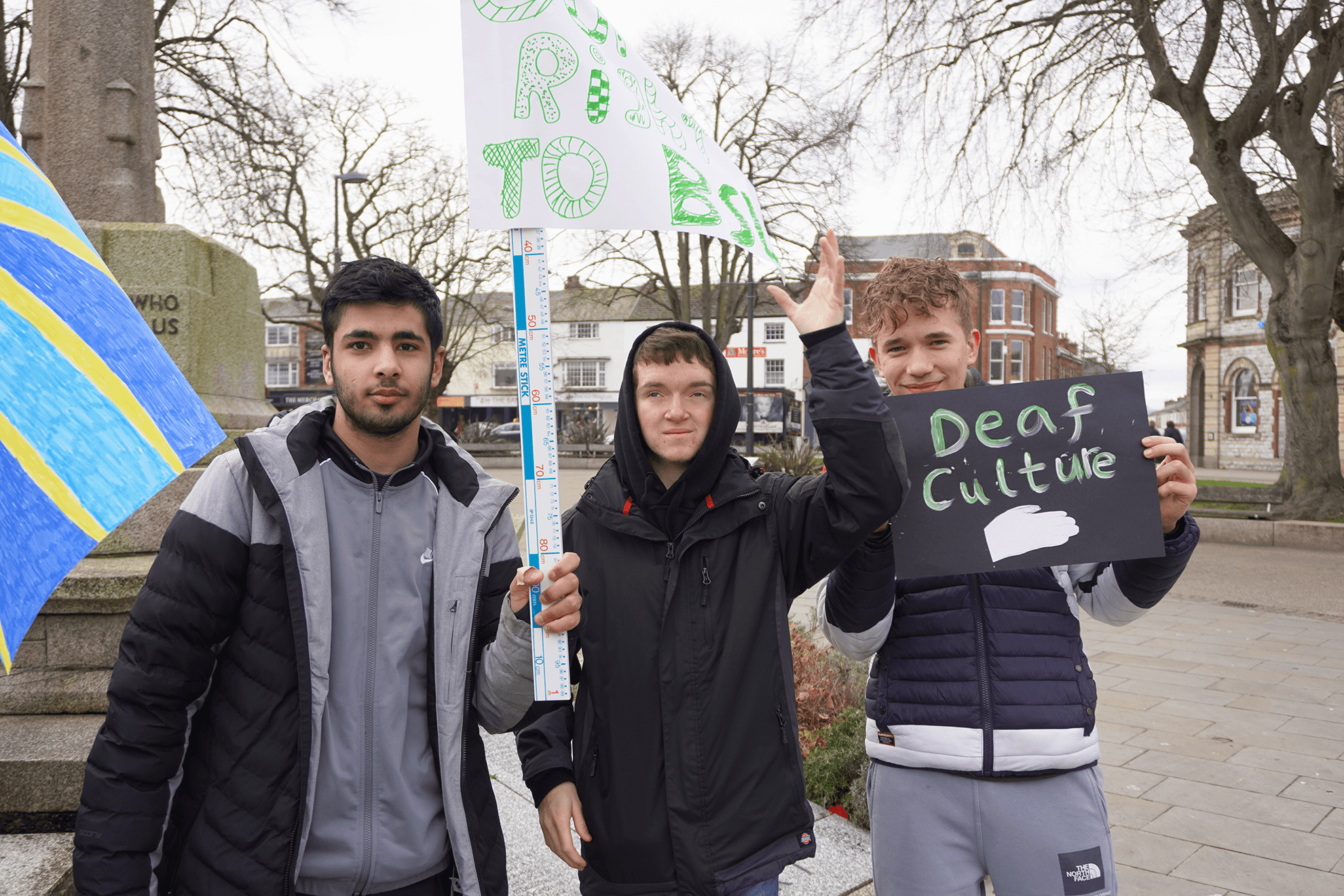 The Exmouth students joined in celebrating with the deaf community across the country when a Private Member’s Bill by Labour MP Rosie Cooper was passed and BSL was awarded legal protection.

It will now go through to committee stage sometime in February and then a final, third, reading in March.

Mark Stocks, Deaf Academy assistant principal, seen here on video, said the protest had been a fight for the equality of British Sign Language and English, in a bid both would be seen ‘as equals’.

The Deaf Academy said the BSL Act would secure the legal status and increase public awareness of British Sign Language.

Once passed, government departments and public bodies would be required to adhere to new guidance, setting out how they must meet the needs of the estimated 87,000 BSL users in the UK. 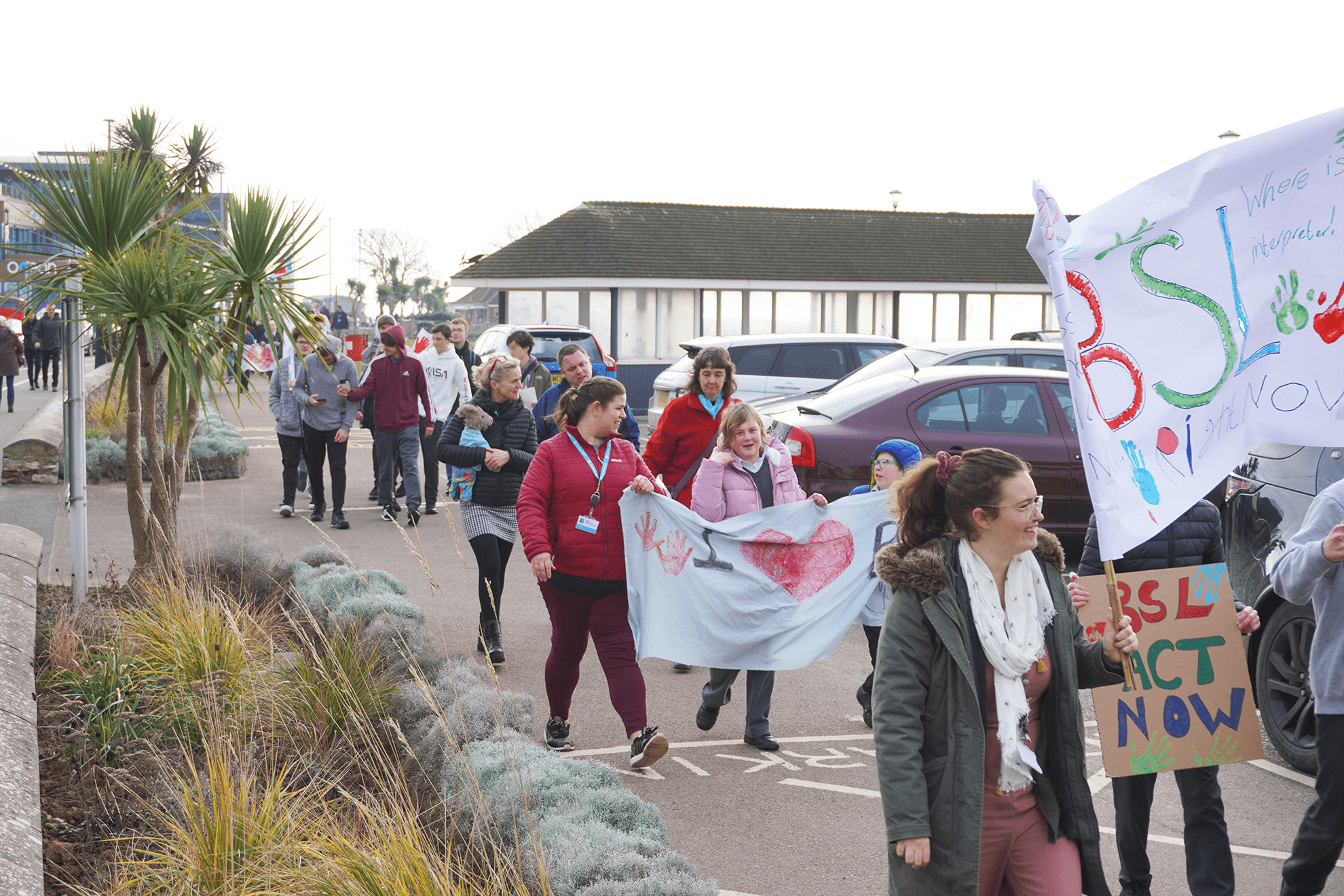 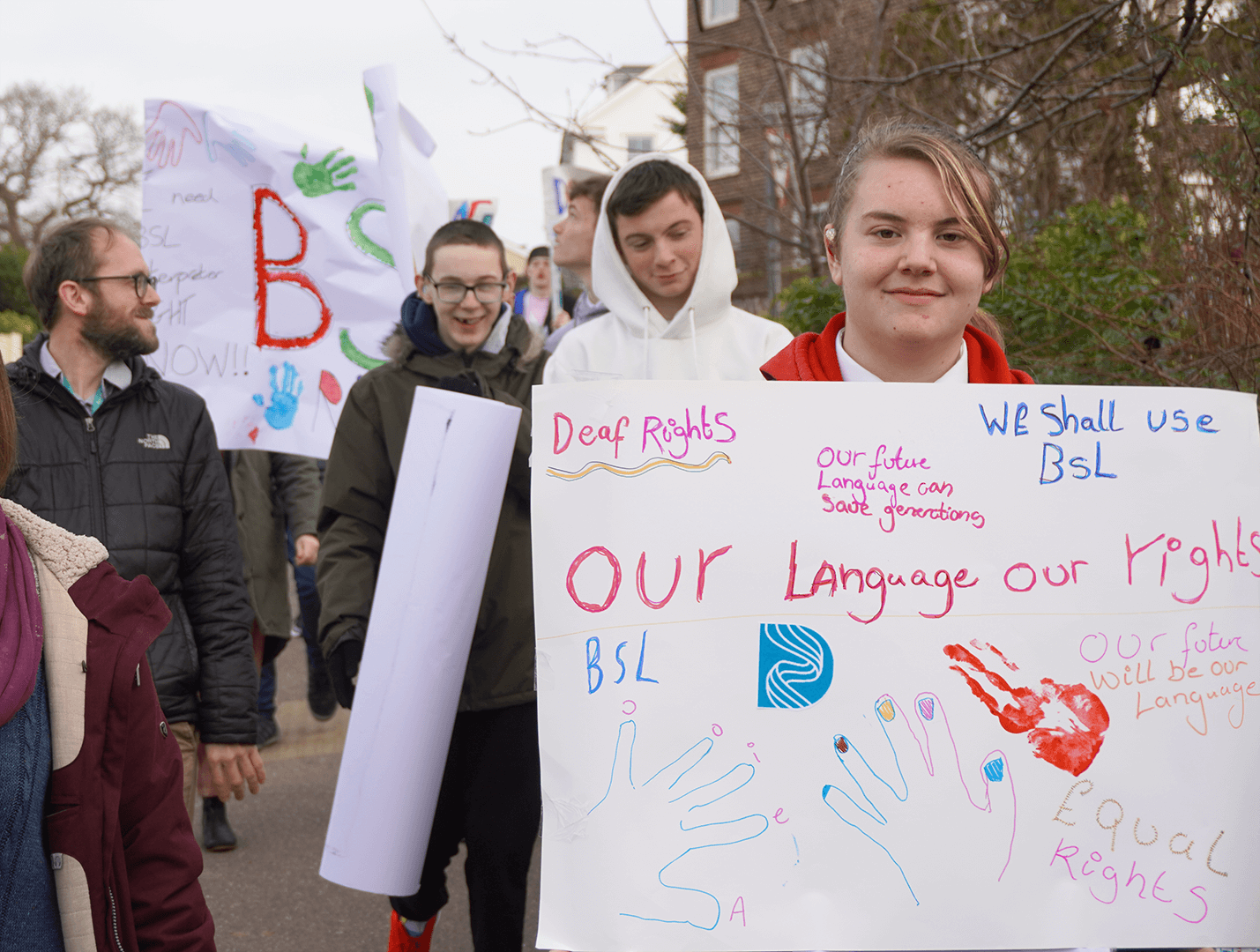 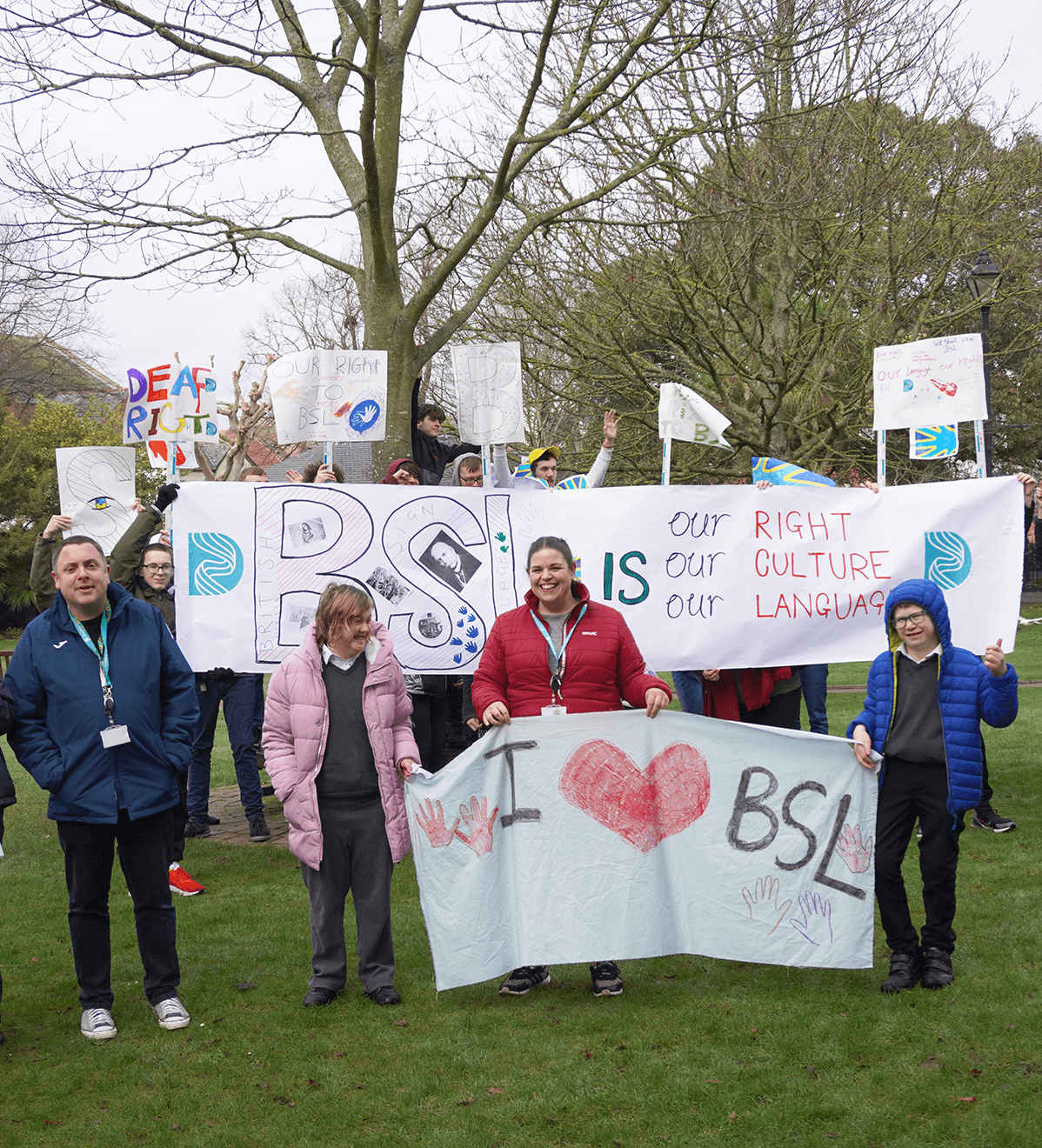 Rosie Cooper MP, said: “I am delighted that the Bill has passed this huge hurdle. Deaf people have been waiting for 230 years for the legal recognition of BSL, and that goal is now in sight.

“I am glad the Government have agreed to support this Bill, which I hope will allow it safe passage to be made into law.”

David Buxton, chair of the British Deaf Association, said: “This Bill has been nineteen years in the making. Deaf people in Britain never gave up hope that their language would one day be not only recognised in law, but also protected and promoted so that Deaf people are finally able to access information and services and achieve their potential on an equal basis with their fellow hearing citizens.

“I now call upon Ministers and MPs to do everything their can to get the British Sign Language Bill to Royal Assent in this parliamentary session.”