Friday, May 27
Trending
You are at:Home»News»Exmouth»‘We are so proud to be flying the flag for Exmouth RNLI’ – Mountaineer mates reach top of Mount Kilamanjaro after ‘tough’ climb

Friends from Exmouth celebrating milestone birthdays who climbed Mount Kilimanjaro for the RNLI said they were ‘proud’ to be flying the flag for the charity.

Darren Strode and Andy Beake, who are both celebrating turning 50, spent eight days scaling the 5,895-metre mountain after a ‘tough climb’ to reach the top.

The pair, who have already raised more than £1,700 of a £2,000 target through a JustGiving page reached the mountain summit on Sunday morning (January 23).

Darren, a sales manager, said he and Andy, an officer with Avon and Somerset Police, set off on the trek a day early and returned to their hotel eight days later.

He said: “It was a tough climb but both Andy and I successfully made it to the peak.

“It was an amazing journey and we are so proud to be flying the flag for Exmouth RNLI.”

Darren added: “We both live in Exmouth and both ourselves, family and friends all use the beach and water sports activities.

“We set our sights on climbing Mount Kilimanjaro this year and thought what better way to use the opportunity than to help raise funds for our local RNLI lifesavers.”

The pair, who chose the challenge to test themselves mentally and physically, had ‘always wanted to climb’ the 19,341 feet summit of the highest free-standing mountain.

He said: “I never doubted Darren and Andy’s enthusiasm to take on – and succeed – in reaching the summit of Mount Kilimanjaro.

“It really is an incredible achievement and I must congratulate them on their determination and success on completing this arduous, difficult and dangerous feat.

“On behalf of all our volunteers at Exmouth RNLI, I’d like to say a big thank you to them both for raising funds for us – thank you, and very well done.” 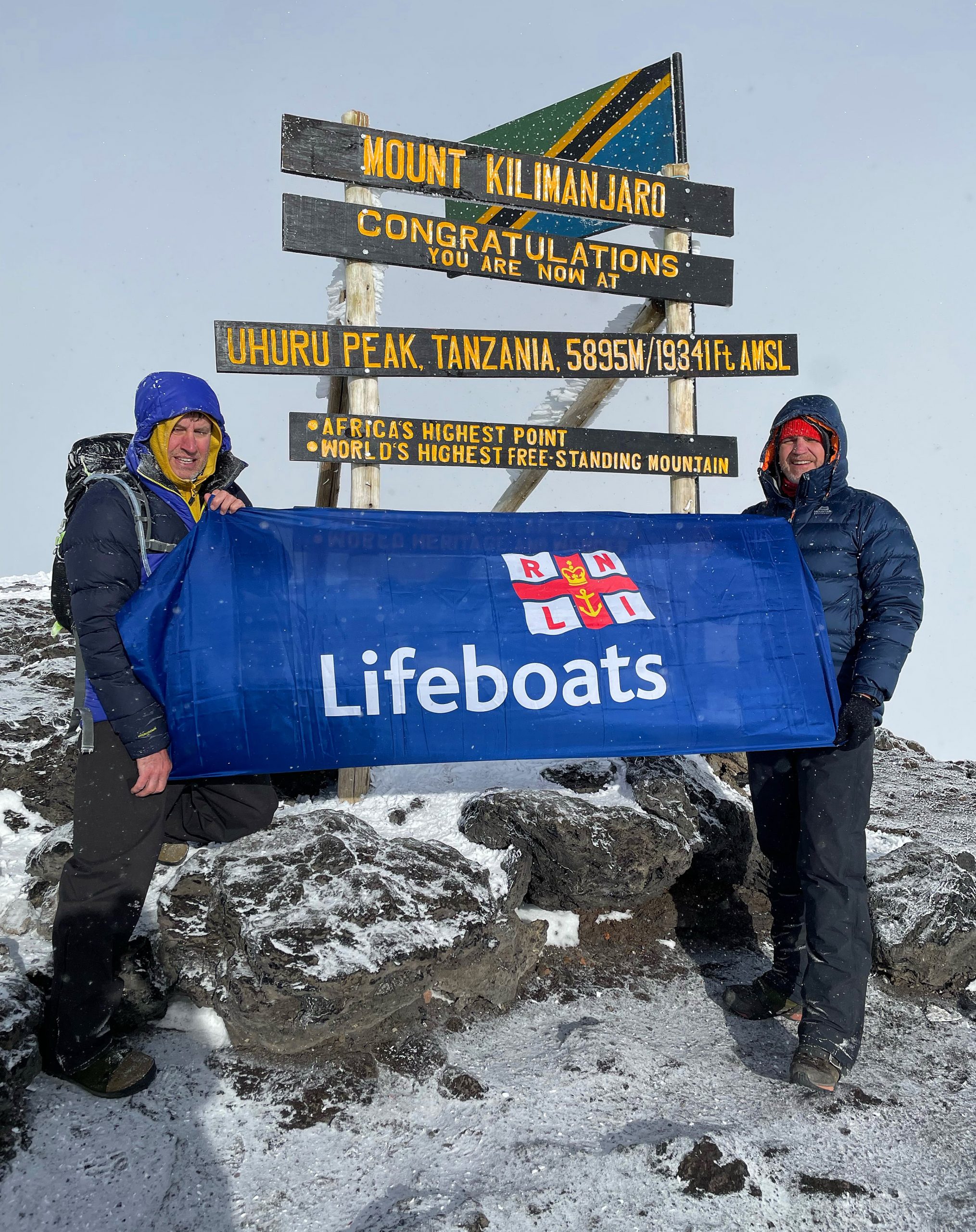