Friday, May 27
Trending
You are at:Home»News»East Devon»Animal charity at Honiton celebrates finding ‘loving homes’ for 10 feral kittens found on a farm in East Devon

These feral kittens were among 10 found on a farm in East Devon who now have new homes, prompting celebrations from Honiton animal sanctuary volunteers.

The Cats Protection Honiton branch stepped in to help set some humane traps when a farmer called the charity after spotting three young kittens and some feral cats on land outside Monkton.

The branch praised the farm owner for contacting the charity quickly, and as a result 16 cats and 10 kittens were neutered – some found new homes and others were returned.

When three young kittens and some feral adults were seen around the farm, the branch set humane traps to catch the cats and take them into care.

Two were young enough to be handled, socialised, and settled in a domestic home.

One of the kittens was deemed too old and best-suited to being a resident mouser and rehomed to live at some stables.

Further traps were set, and three more males and another female were caught. They were all neutered and released back to the farm.

Bob Carter, branch coordinator, said: “When we caught the kittens’ mother, she was heavily pregnant again and within two days of being in care she gave birth to three more healthy kittens.

“She was a very good mother and allowed us to handle her kittens, who were called Ebony, Jet and Midnight, making them three more perfect candidates for life in loving homes.” 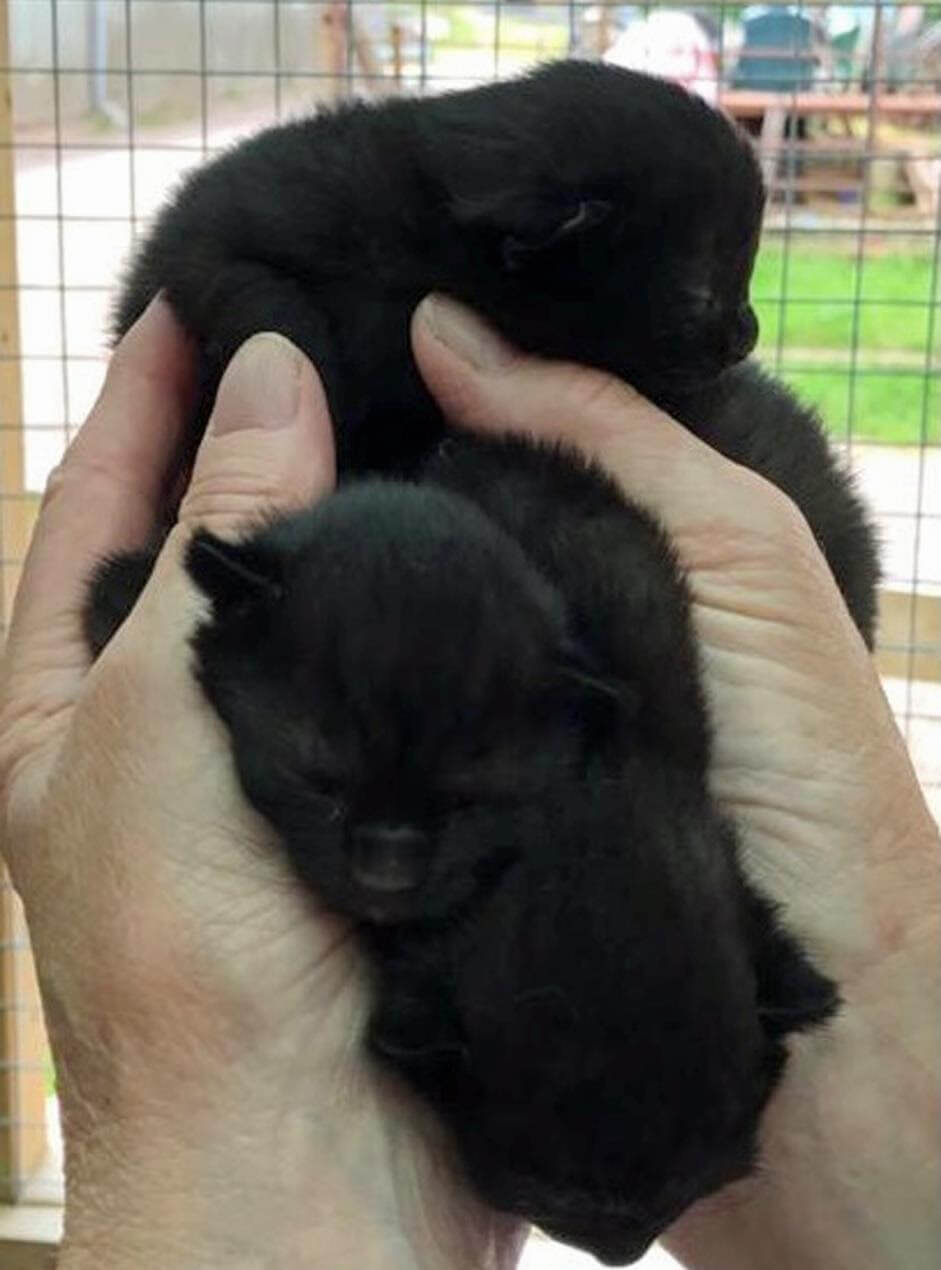 The young kittens found on a farm near Honiton.
Photo: Cats Protection.

Bob said: “There was one cat that was very elusive and defied being caught, she was eventually trapped after about four weeks of stealthy attempts.

“She was also pregnant and gave birth within three days to four kittens. As this mother was much more possessive of her kittens, they stayed with one of our very experienced fosterers who was able to domesticate all the kittens after they had been weaned.

“The kittens went on to enjoy home life while their mother was neutered and returned to the farm where she was happiest.”

He added: “It really shows how vital it is to neuter cats and also not to let feral colonies get out of control. “We’re really grateful to the farm owner for getting in touch early, which allowed us to help the cats before the situation got out of hand.

“Interestingly, every single cat and kitten was black. This sometimes can be a problem, in that black cats can be more difficult to home. But fortunately, we had more enquiries to give the kittens homes, than we had kittens.”

The Cats Protection said feral kittens must be under eight weeks old to be successfully introduced to a home environment and socialised with people.

Poorly-socialised kittens experience ongoing stress due to their fear of people. To protect the welfare of feral kittens found at eight weeks old or over, the charity advises they are trapped, neutered and returned to their original, familiar, territory, where they were born.

The Cats Protection Honiton branch in 2021 rehomed more than 40 cats and neutered more than 163.

Golfers raise more than £2,000 for ‘under the radar’ Devon Freewheelers charity, based in Honiton