Friday, January 28
Trending
You are at:Home»News»East Devon»Food past its sell-by date is now on sale in Exmouth, Cranbrook and Exeter as Co-op convenience stores cut waste

Convenience stores in Exmouth, Cranbrook and Exeter are giving customers the chance to buy food past its sell-by date.

Southern Co-op has announced it is expanded its Reducing Our Foodprint scheme, selling fresh food up to two days after its ‘best before’ date at a reduced price of 20p.

Non-perishable ‘ambient products’ – such as tinned fruit and vegetables, dried pasta, rice, jams, tea, coffee confectionery, selected condiments, sugar and sweeteners,  plus and chilled products such as soft fruit and fruit juices – will be sold up to seven days over the sell-by date.

The stores in Devon now included in the Reducing our Foodprint system are The Co-operative Food stores in Exmouth, on Brixington Parade and in Exeter Road, Younghayes Road, in Cranbrook, Alphington Road and Buddle Lane, both in Exeter, and in Bow. 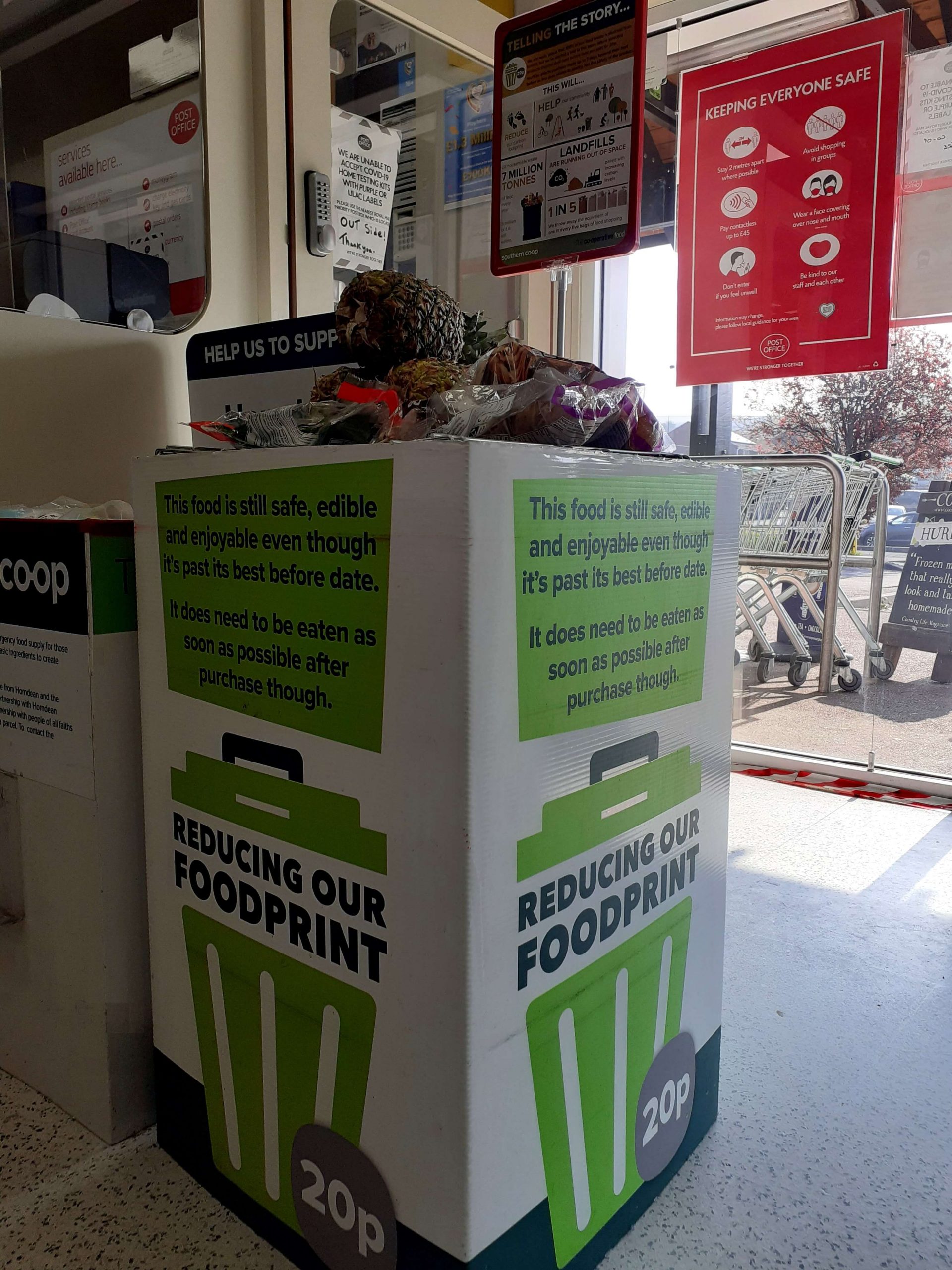 The stores will have a box of food past its sell-by date for customers to buy at 20p (photo Co-op).

Simon Eastwood, Chief Operating Officer for retail at Southern Co-op, said: “Customer feedback from the trials of this scheme has been largely positive with many of the products being snapped up as soon as they get reduced.

“There are a large number of products that are still good enough to eat past their ‘best before’ date – many of us are already familiar with this in our home environment so this just takes it one step further.

“The first stage in the fight against food waste is to make sure there aren’t products reaching their best before date. But if they do, we will now be reducing them to 20p to try and keep them in the food chain and improve sustainability.”

The initial Reducing our Foodprint trial took place at 13 stores and proved a success with the majority of products being sold within a day of being reduced.

The waste reduction idea has been rolled out across more than 100 Co-operative Food stores across the south of England, in a bid to keep ‘as much produce as possible in the food chain and reduce the amount sent off for anaerobic digestion’.

All store waste is currently diverted from landfill with food broken down to produce biogas and bio-fertiliser, the company said.