Tuesday, August 16
Trending
You are at:Home»News»Exmouth»New police station is announced for Exmouth nine years after the front desk is closed at ‘outdated eyesore’ site

Exmouth is set to get a new police station in a bid to tackle added pressure on the town during the summer months.

Devon and Cornwall Police and Crime Commissioner Alison Hernandez announced redevelopment plans for the former police station site, in Windsor Square, which closed its front desk to the public nine years ago.

Building work is unlikely to start before 2023 because a planning application setting out the proposal is yet to be submitted.

Ms Hernandez said significant increases in police officer numbers, and a desire from East Devon residents for a policing base to remain in the town, had prompted her and the chief constable to look again at the issue.

She said: “Exmouth is a very significant town in Devon. Like many other coastal communities in our force area it sees significant rises in population in the summer months and the hard working officers and staff who serve that community need a base that’s fit for 21st Century policing.”

Chief Superintendent Dan Evans, policing commander for North, East and West Devon said: “Exmouth is a busy town with a population that expands during the summer months and it is right that we maintain a policing presence near to the town centre and sea front.

“This will provide a modern base for officers and staff who work in our local community.”

The closure of Exmouth’s police station in 2015 was heavily criticised but it has remained a base for operational officers.

It is hoped that the old site will be redeveloped and a modern facility built for officers and staff.

Devon and Cornwall Police and the force estates department, which is run by the Commissioner, will now set up a project team to deliver the new facility.

The new station will be partly financed by the sale of the existing site but designs are likely to include an area for face-to-face contact between the force and the public.

“We know that when people have contact with Devon and Cornwall Police their confidence in policing grows,” said Commissioner Hernandez.

“I want to ensure that as we work towards a target of record numbers of police officers across Devon, Cornwall and the Isles of Scilly, that residents have the opportunity to meet and engage with those officers.” 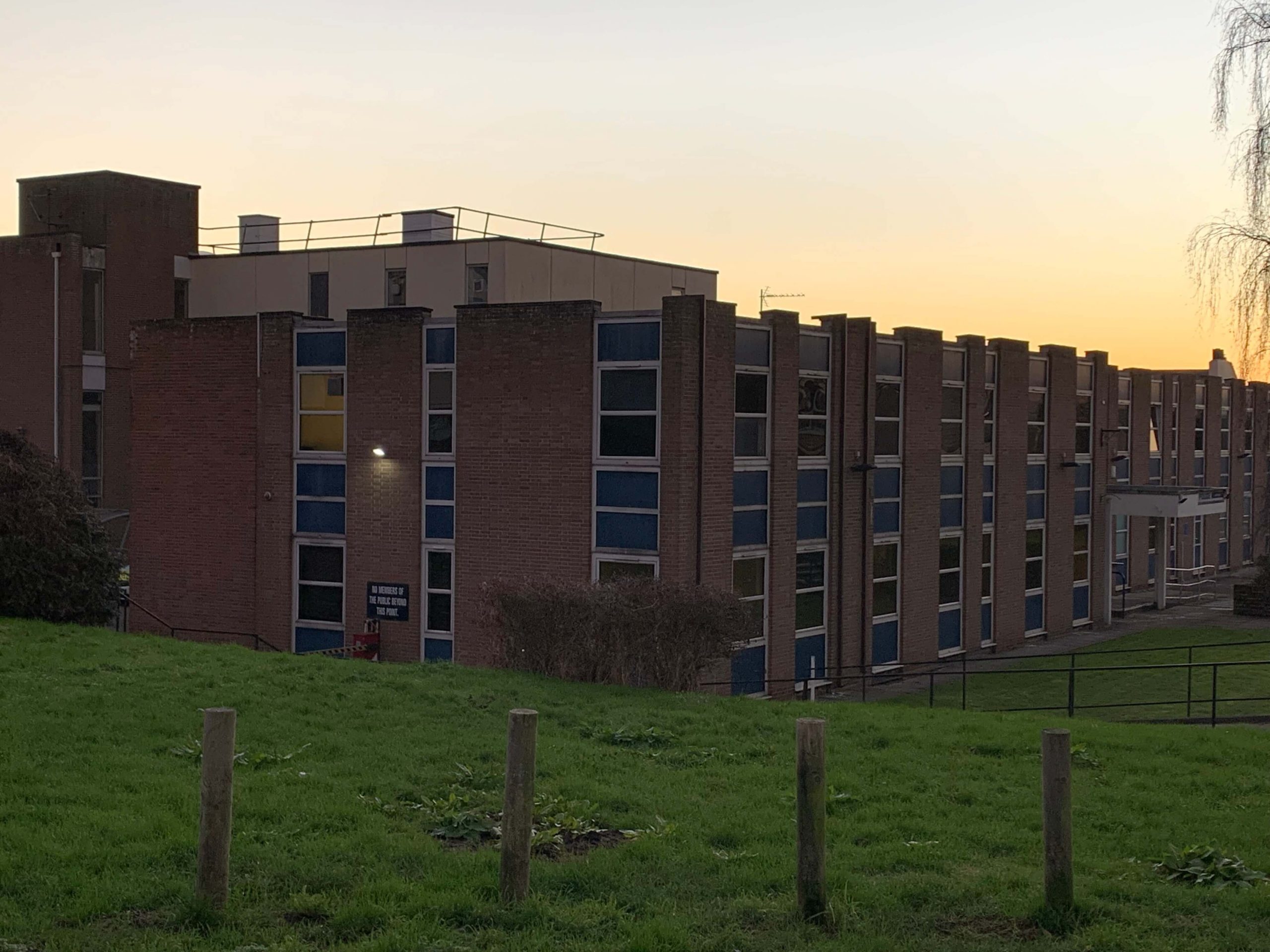 The police station has been closed to the public for nine years.
Photo: LDRS

Simon Jupp, East Devon MP, welcomed the announcement after more than two years of lobbying for a new police station for Exmouth.

He said: “Since being elected in 2019, I have been making the case for investment in Exmouth and a new police station is a huge step forward for the town.

“The current building is an outdated eyesore and I’d like to thank our Police and Crime Commissioner, Alison Hernandez, for listening to my concerns and backing plans to improve policing in Exmouth and East Devon.”

He added: “A new police station will strengthen policing in Exmouth and help to keep our community safe.”

The move to bring a new police station to Exmouth came days after a public survey ended into the county’s policing.

Full details of the survey into policing in Devon, Cornwall and the Isles of Scilly will be presented to members of the Devon and Cornwall Police and Crime Panel later this month.