Crews from Axminster and Chard were called to a property in Furley at around 4.30pm, where they spent several hours clearing a chimney and putting out a fire.

The fire service said the chimney was well alight as a result of a Rayburn being used.

Fire crews worked from inside the home, and roof, to extinguish the fire.

They removed internal panels to expose the chimney breast, as a way of tackling the blaze. 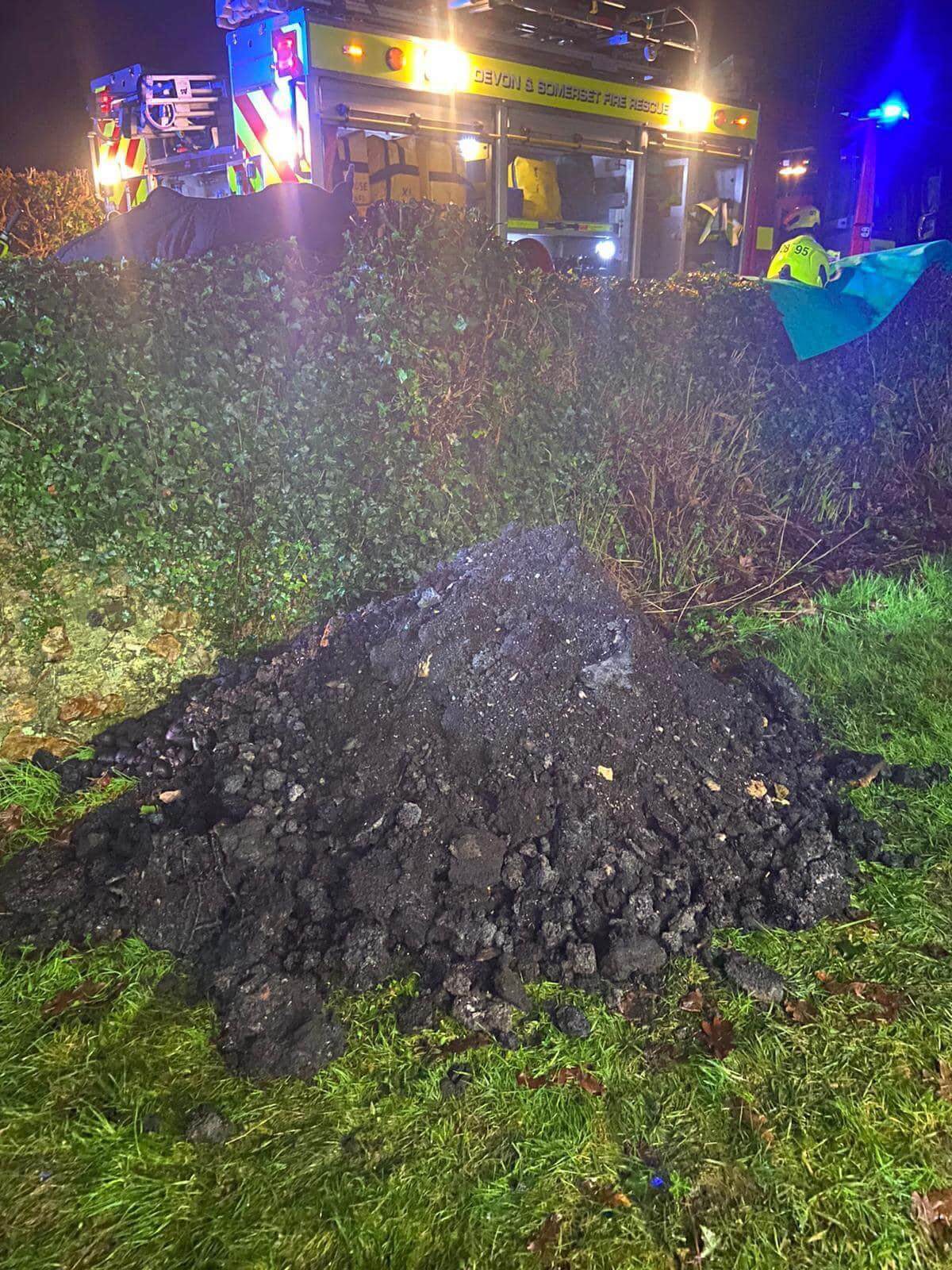 Wheelbarrows of debris were removed from the chimney.
Photo: Axminster Fire Station.

An Axminster Fire Station spokesperson said: “Once in attendance crews confirmed one chimney well alight and got to work using chimney gear, a thermal imaging camera and gas detection equipment to extinguish the fire.

“A short while letter an assistance message came back for make pumps two. This request was made for personnel, as well as more chimney equipment.

“Crews started working from the roof, as well as the hearth, to extinguish the fire.

“Crews continually made steady progress clearing the chimney to extinguish the fire and confirmed that they had removed approximately three wheelbarrows full of debris that had blocked the chimney.”

After continuing to remove debris and damp down hotspots, the Axminster crew returned to the fire station at around 9.30pm.

A Devon and Somerset Fire and Rescue Service (DSFRS) spokesperson said: “Fire control received a call regarding a chimney fire in domestic property in Furley, Axminster.

“On arrival crews confirmed the chimney was well alight as a result of a Rayburn in use.

“Crews tackled the fire from the roof using safe working at height equipment, a jet and a fog spike, as well as removing internal panels to expose the chimney breast to extinguish the fire.”