Friday, January 28
Trending
You are at:Home»News»Exmouth»Black Labrador Rufus is rescued by Exmouth RNLI after dog is cut off by the tide

A black Labrador called Rufus was among a group of people cut off by the tide at Exmouth and rescued by the RNLI.

The all-weather and inshore lifeboats were launched on Friday afternoon (December 31) to search the shoreline area of Orcombe Point after it was reported two adults, a child and dog were stranded.

The inshore lifeboat crew rescued the group and dog, taking them back to Exmouth Marina. 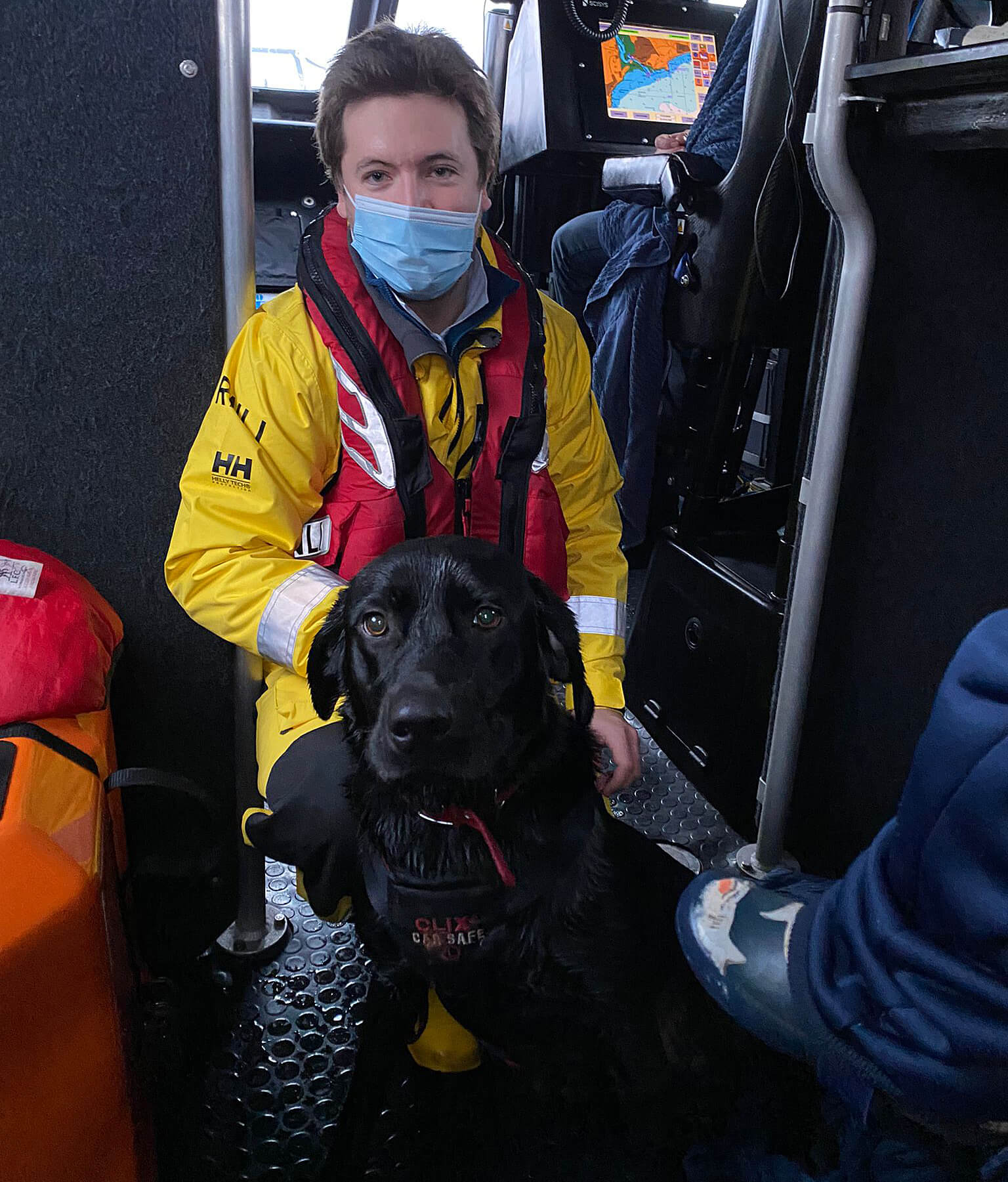 Rufus the dog is pictured here with with Ed Steele.
Photo:Harry Griffin/RNLI

An town RNLI spokesman said: “The the volunteer crew of Exmouth RNLI inshore lifeboat and all-weather lifeboat were tasked by HM Coastguard to conduct a shoreline search in the area of Orcombe Point, Exmouth. This followed a report of two adults, a child and a dog cut off by the tide.

“An Exmouth HM. Coastguard Rescue team assisted in the assignment.

“At 2.54pm they located all casualties onshore and promptly assessed their condition.”

The spokesman added: “Shortly after 3.15pm the inshore lifeboat assisted in transferring the casualties to the larger all-weather vessel, together with black Labrador, Rufus.

“They were taken to the safety of Exmouth Marina. None were injured or required medical attention, and Rufus seemingly enjoyed his excursion on the lifeboat and was none the worse for his experience.”