One of the UK’s rarest fungi, which looks like an underwater coral, has been unexpectedly found in woodland in Sidmouth

The violet coral, Clavaria zollingeri, was recently discovered by one of The Donkey Sanctuary’s conservation officers, Helen Cavilla, at Paccombe Farm, Sidmouth.

The sighting is only the second time this fungus has been recorded in Devon, while other records show finds across just a handful of UK sites.

The rare find was spotted in a broadleaved woodland which is managed by the charity’s conservation team. 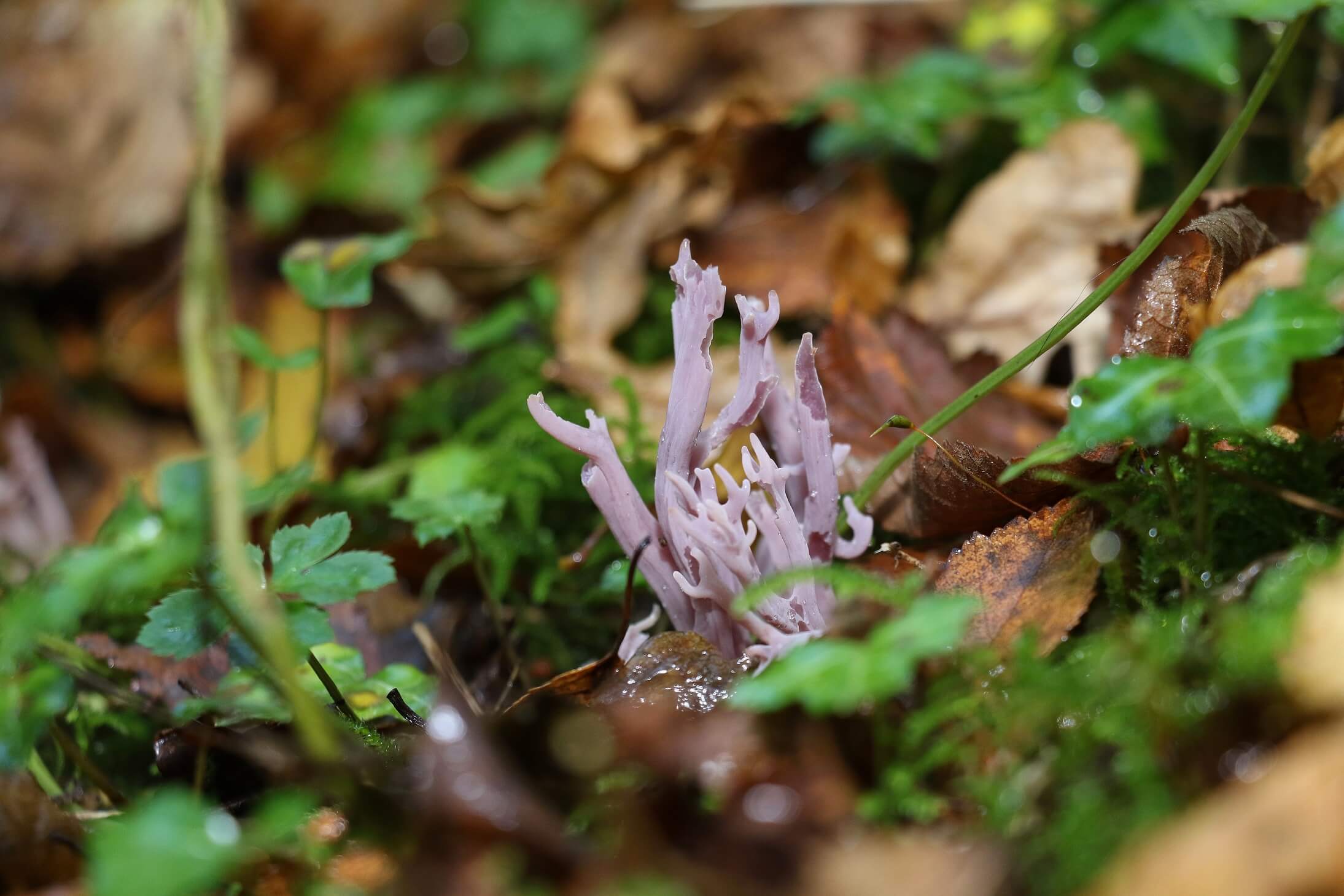 Helen Cavilla said: “I spotted something looking oddly like it was from an aquarium nestled amongst moss and leaf litter. It was really exciting to realise what it was when I got closer.”

Dr David Farley of the Devon Fungus Group, said: “The violet coral is one of our most beautiful fungi and can scarcely be confused with any other species.

“It is very rare in south-west England and usually confined to upland areas so its appearance at The Donkey Sanctuary is especially unusual.

“In forty years of observing wild fungi I’ve only seen this species once before. A remarkable find.” 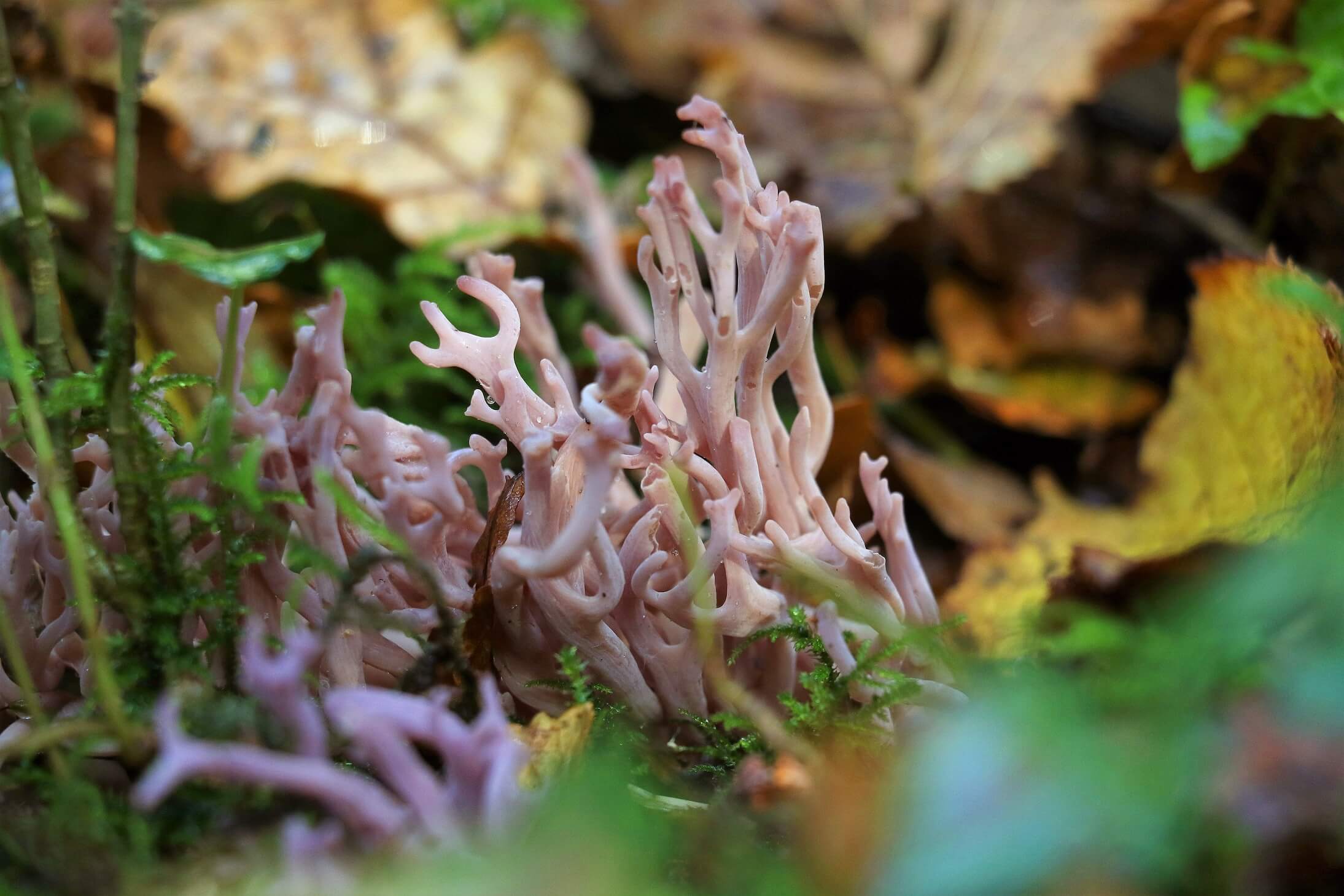 The striking pinky-purple fungus, is about the size of a cauliflower and has finger-like projections.

It can be found in old, unfertilised grasslands, which are often rare habitats under threat from agricultural improvement, disturbance and development.

The violet coral is scarce and one of the UK’s rarest fungi species. The fungi’s global population is decreasing and it is listed as ‘vulnerable’ on the IUCN (International Union for Conservation of Nature) Red List of Threatened Species and Global Fungi Red List. 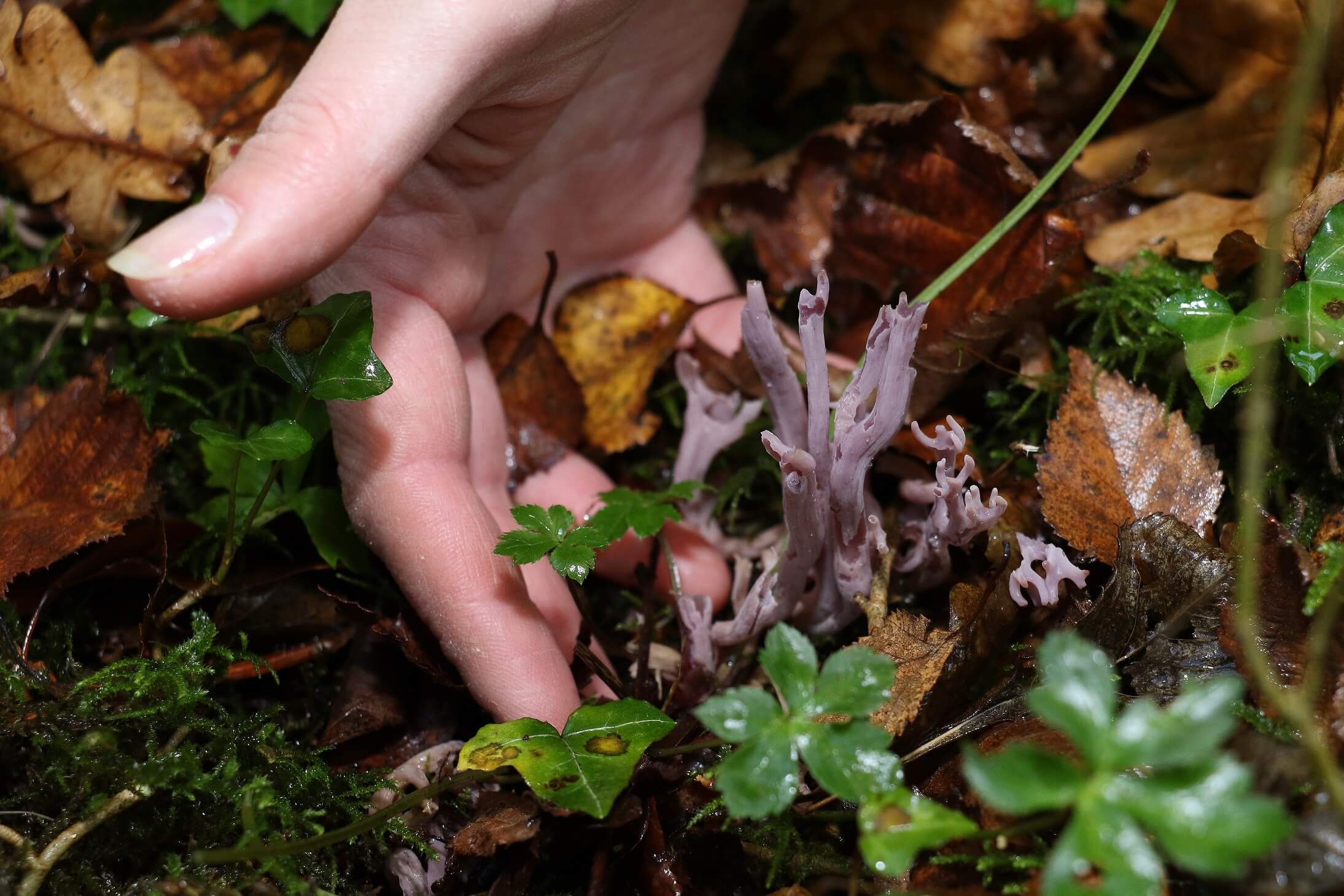 As well as the violet coral, conservation staff have found a number of waxcap fungi this year, and many of these are in donkey-grazed fields.

Waxcaps belong to a group of mushrooms known for their waxy appearance and assortment of bright colours of reds, pinks, orange, yellows and white, like jewels amongst the grass.

Helen said: “I was also pleased to find other interesting mushroom species popping up through donkey droppings, efficiently recycling the nutrients locked within and releasing them back into the soil on which they sit.

“The benefits of managing grassland for both donkeys and biodiversity is beautifully apparent throughout the seasons.”