An Exeter mum’s festive challenge to make a charity Christmas mascot for the Devon Freewheelers charity, based in Honiton, will fuel a blood bike for 1,000 miles.

Tammy Tudor, of Beacon Heath, Exeter, raised £140 by crocheting Christmas coats for teddy bears for the charity to sell at fundraising events.

Russell Roe, Devon Freewheelers deputy CEO, said: “The festive teddy bears went down a storm with our supporters, all thanks to the clever finishing touches created by Tammy.  We could have sold them several times over.

“We are so grateful to Tammy for taking the time to help raise funds to keep the Devon Freewheelers blood bikes on the road, supporting the NHS for free.

“Her creative skills will fund enough fuel to run a blood bike for a thousand miles. This is a huge help to the charity, because as a vehicle can travel between 100 miles and 450 miles a night, it’s not long before fuel tanks need refilling.

“The charity’s volunteers would like to thank Tammy for choosing to support the Devon Freewheelers and we look forward to seeing her future craft projects.”

Mr Roe, based at the charity’s headquarters on the Heathpark Industrial Estate, Honiton, also thanked Hobbycraft for donating cellophane bags for the project. 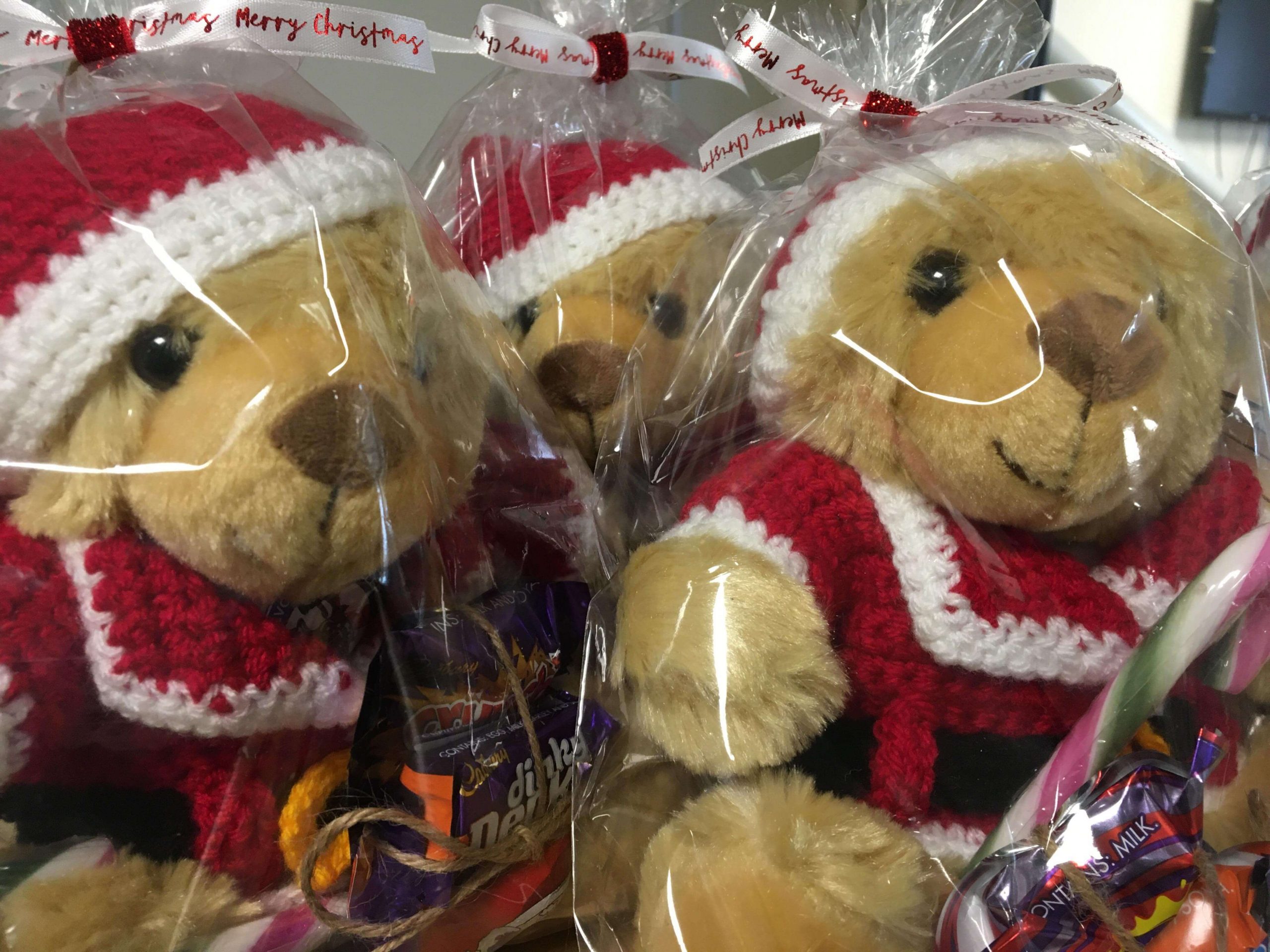 Royal Devon and Exeter Hospital phlebotomist Tammy, aged 38, rose to the task of ‘making the bears Christmassy’, answering a call for help from a work colleague, who is married to Freewheeler blood biker.

She devised her own crochet patterns, so the coats and hats were tailor-made for the bears.

Tammy, who learned how to crochet through watching YouTube tutorials, said Hobbycraft donated to the project so she could add sweet treats and candy canes.

The married mum-of-four said: “I made the pattern for the little bears so the jackets would fit each one. Hobbycraft gave the bags so I could put sweets in with the bears.

“The Devon Freewheelers offers a fantastic service. The hospitals really rely on the service of the blood bikes and I am really disappointed they are not funded by the Government.

“If there’s anything I can do in the future to help raise money, I will.”