Sunday, August 7
Trending
You are at:Home»News»Exmouth»Councillors back road layout changes for 298-home scheme in Exmouth ‘with great reluctance’

District councillors have backed changing the road layout of a ‘madcap’ 298-home development in Exmouth.

It will see the highways design of the corner of the Goodmores Farm development in Hulham Road  simplified, writes Local Democracy Reporter Joe Ives.

Now, instead of the south-western portion having two looping roads, there will be just one.

It is hoped this will reduce the risk of flooding through surface water run-off.

The amendment will see there total number of dwellings reduced by one to 298. 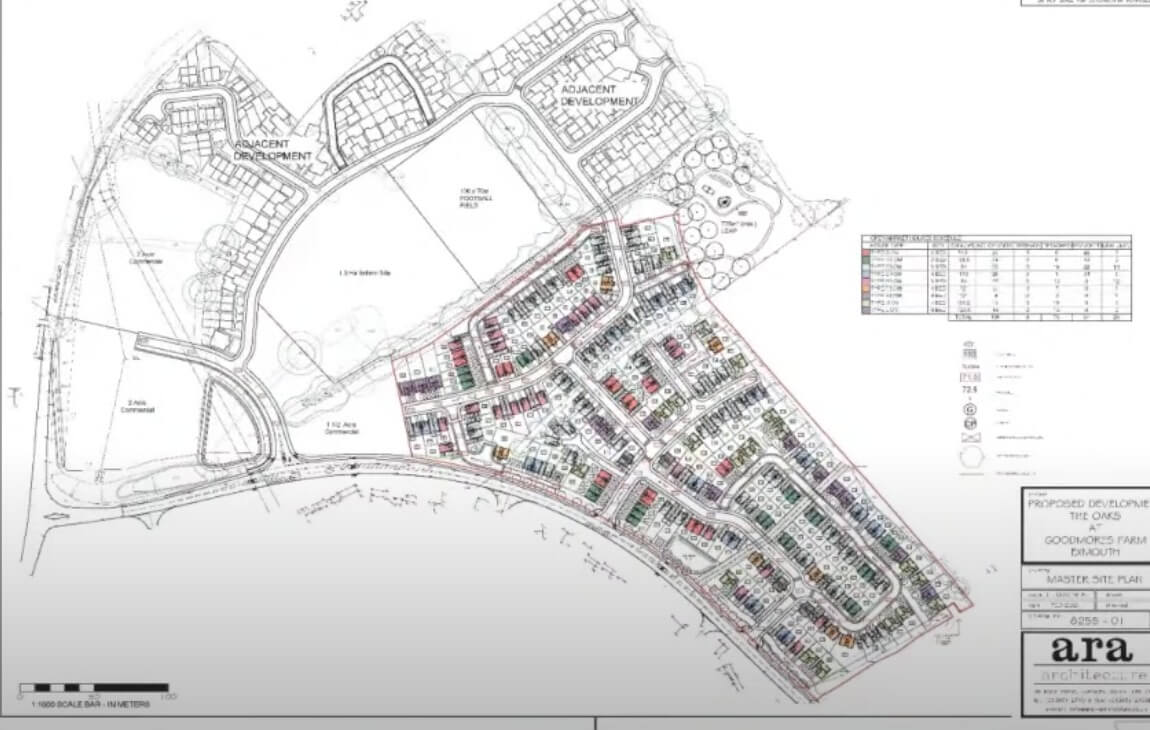 Exmouth Halsden representative Councillor Paul Millar commented on the proposals: “I continue to object to this planning application along the same lines as Exmouth Town Council, and will do everything I can to delay and frustrate this intellectually-incoherent and madcap scheme which ought never have been approved at outline.”

Cllr  Millar told the committee that the 16 ‘affordable’ homes offered was ‘scandalously low’.

Exmouth Town representative Cllr Olly Davey welcomed the reduction in the amount of tarmac that will be laid as a result of the road changes.

However, he reiterated arguments made previously about the plans and said: “This is a 20th century development and not really fit for the 21st century.”