Friday, January 28
Trending
You are at:Home»News»Police investigating fight in Exeter High Street, where jaw was broken, appeal for public help to identify man in CCTV footage

Police investigating a fight in Exeter where a man suffered a broken jaw have released CCTV footage of a person they believe could help with enquiries.

Devon and Cornwall Police said an assault took place in Exeter High Street at around 2.50am on Friday, September 24.

Investigating officers have released an image of a man seen in the area of the time, and hope the public can help to identify him. 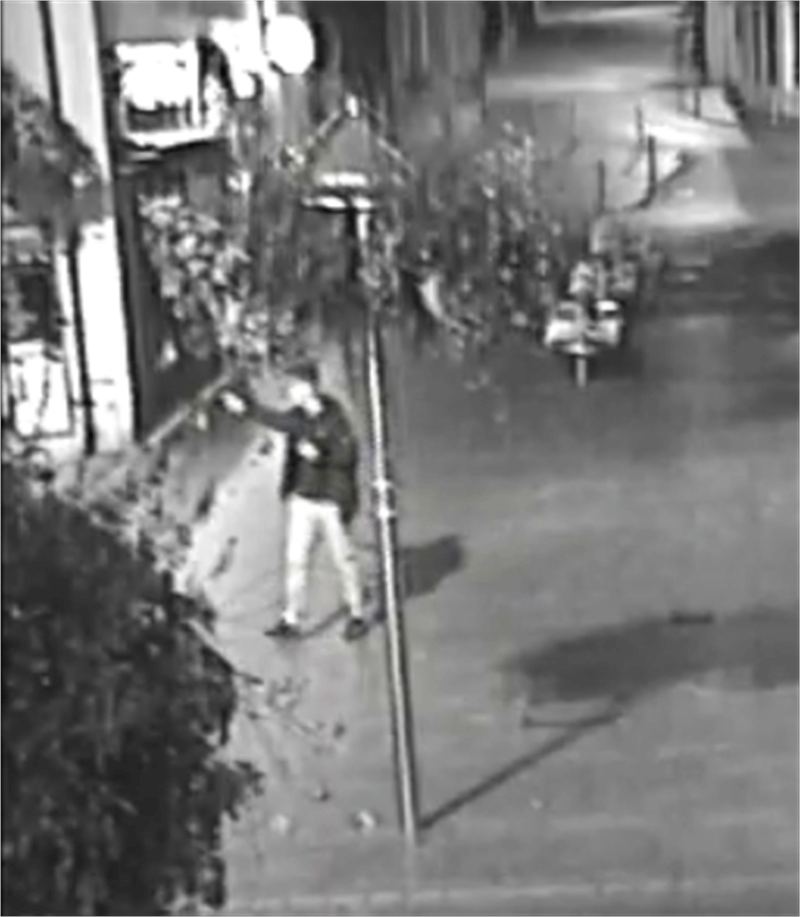 Investigating officers have released an image of a man seen in the area of the time, and hope the public can help to identify him.
Image: by permission Devon and Cornwall Police.

A Devon and Cornwall Police spokesperson said: “Police investigating an assault have released a picture of a man they would like to speak to in connection with the incident.

“It happened at around 2.50am on Friday 24 September in High Street, Exeter.

“A man was involved in an altercation with another man and sustained a broken jaw.

“Police investigating the incident would like to identify the man pictured as they believe he may be able to assist with their enquiries.

“We are aware that the quality of the image is low, however at this time this is the only image we have and hope that the public may still be able to assist.”