This photo shows the moment tons of rock and rubble fell from cliffs into the sea and beach below at Budleigh Salterton.

East Devon District Council (EDDC) is warning people to stay away from the fallout after part of a cliff collapsed on Monday (December 6), covering the whole beach area near Jubilee Park.

The council, who inspected the cliff top shortly after the collapse, warned of a risk of further rock falls because ‘large cracks’ have appeared. 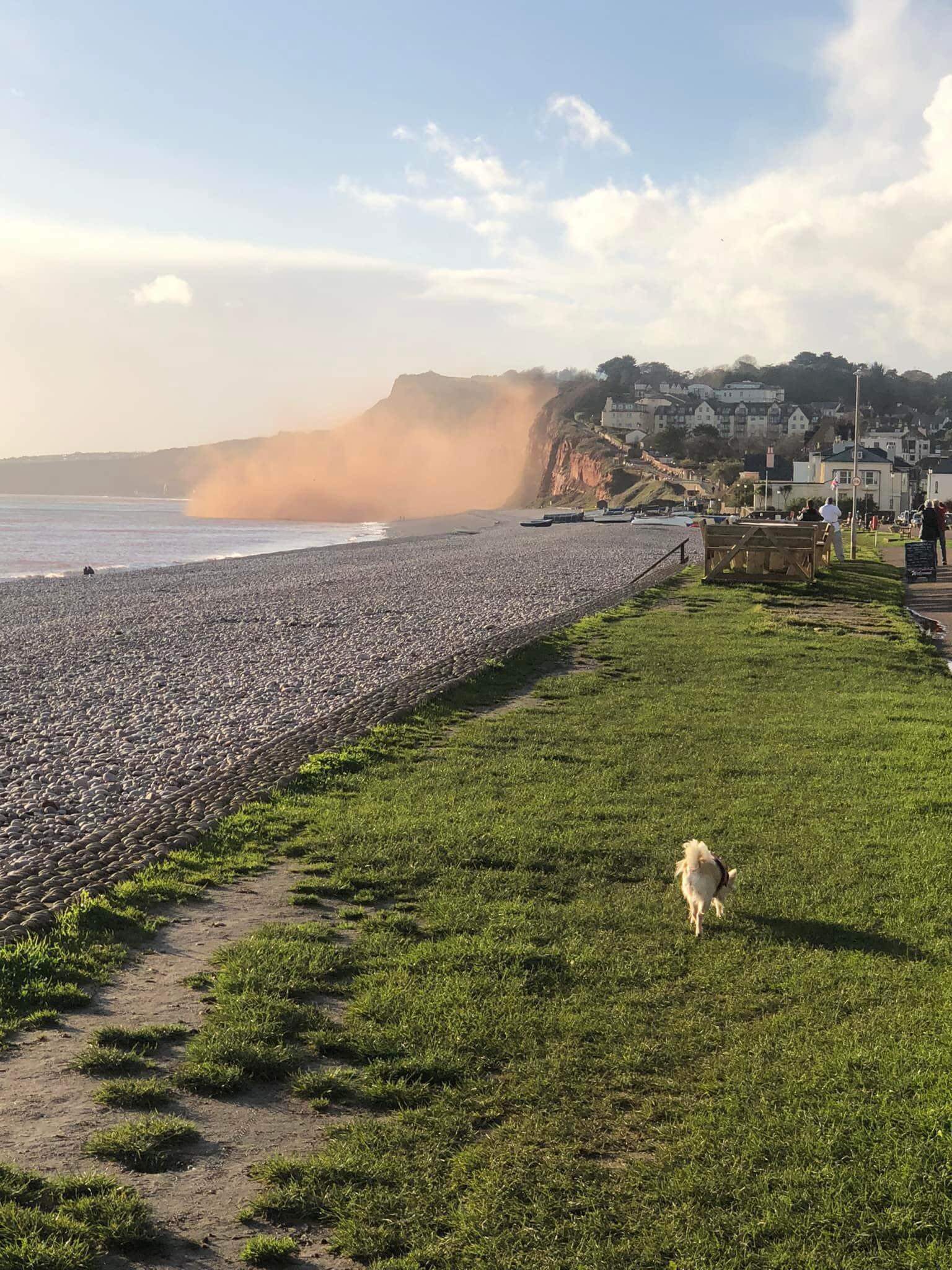 Mark Vinicombe, from Exmouth, captured the cliff fall as it happened.

An EDDC spokesperson said: “We have already inspected the top of the cliff, and once the storm has passed, we will be sending engineers to inspect the area further.

“There is a significant risk of further rock fall as there are some very large cracks that have appeared. We would like to warn residents to please stay clear of the cliffs.

“The risk of cliff falls is well signed in this area, so members of the public need to adhere to warnings.”

Mark Vinnicombe, from Exmouth, was at the Lime Kiln car park end of Budleigh beach when the cliff fell, and quickly took a photo of the huge red dust cloud as a mass of mud, rock and rubble dropped into the sea.

He said: “I was really surprised at the amount of the cliff that fell. It pretty much blocked the beach with debris, right into the sea.

“The dust cloud was huge with the red soil dust.

“Although falls are regular this one was much closer to Steamer Steps than previous falls.” 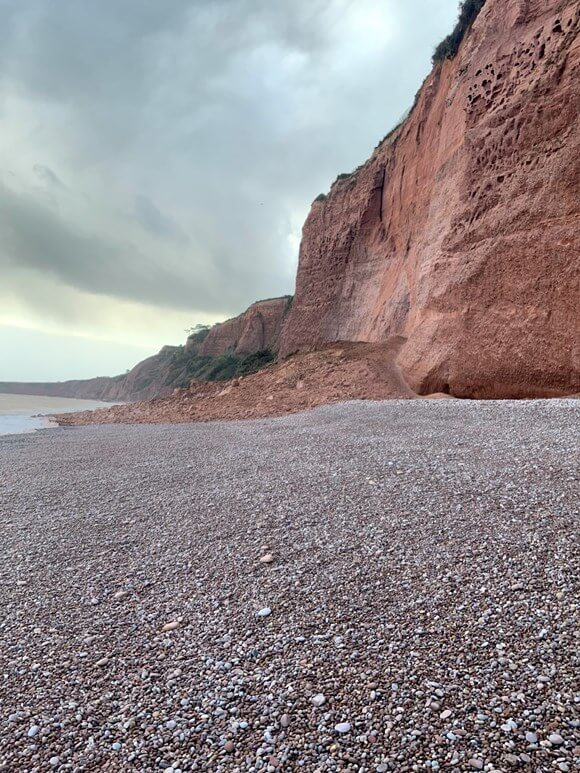 East Devon District Council shared this image of the debris on Budleigh beach.

The massive mud fall was seen at around 2pm, at the Steamers Steps end of the beach.

The district council said cliff falls along the East Devon coast were expected, but urged the public to heed safety signs and remain vigilant to the dangers.

An EDDC spokesperson said: “Cliff falls are a natural and unpredictable occurrence along the East Devon coast, this is because the rock from which the cliffs are formed is soft and therefore prone to rock falls and landslides, which can happen at any time, although heavy rainfall can trigger incidences.

“We recommend that people enjoy East Devon cliffs from a distance and do not climb or sit directly beneath them. Please always follow the warning signs.”