Friday, May 27
Trending
You are at:Home»News»Honiton»Rare silver spoons dating back more than 400 years expect to sell for thousands of pounds at Honiton auction

A collection of early West Country silver spoons – some rare, dating back to the reign of Elizabeth I – will be at auction in Honiton on Saturday (December 4).

Jennifer Bell, Chilcotts’ silver specialist, said: “Spoons of this period were personal possessions, carried with you and used at mealtimes wherever you were.

“Cutlery sets and laying the table didn’t begin until well into the 18th century.

“These spoons were given as gifts, usually when a child was born, or at marriages.

“Silver was only affordable to the wealthiest families; to own a silver spoon was a sign of high status and the origin of the popular phrase ‘born with a silver spoon in their mouth’.

“Many of the spoons in the collection bear the initials and dates of their recipients.”

She added: “This is a fine collection of spoons with a good provenance. Mr Brian was careful to collect examples with good clear marks. It is not uncommon to see a few good early examples in a sale but to have the opportunity to sell such an unusually large collection is a real privilege.

“It’s been fascinating to catalogue them and to see up close how spoons changed over the centuries, often being influenced by the wider social and political situation of the time.

“For example, during the Civil War period, the characteristic crowned ‘X’ of the Exeter town mark was often shown lacking the crown- clearly showing the maker to be on the side of Parliament.”

The auction house, in Honiton High Street, said The Charles C Brian Collection was amassed over many years by Mr Brian – combining his love of Plymouth and Devon with his interest in early silver.

Included in the sale is: 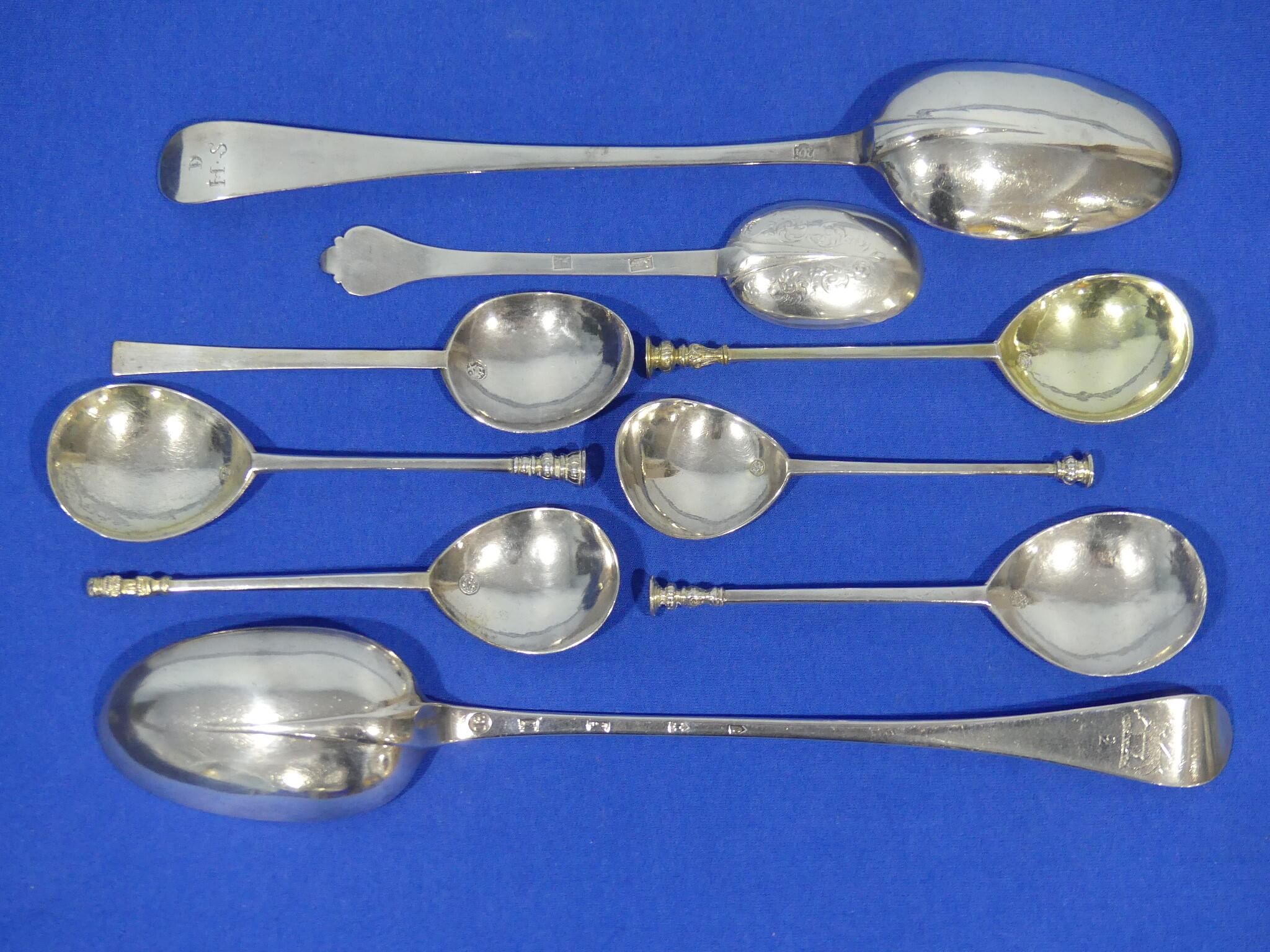 For collectors of early spoons, the auctioneers said the West Country examples were ‘particularly interesting and mostly rare’.

Those with the town mark for Plymouth are ‘of particular note’ as the demand for silver grew in the city in line with its growing prosperity through the development of the port during the Tudor and Stuart periods.

The auction house said once the regional assay (hallmarking) office opened in Exeter in 1701, most Plymouth silversmiths – along with makers from other West Country centres such as Barnstaple and Taunton – registered their marks at Exeter.

A spokeswoman for the auction house said: “The regional town marks then all became standardised and replaced with the Exeter hallmarks.

“Silver items with local town marks such as Plymouth are therefore early, rare and very desirable to collectors.”

Buildings in Honiton and Exeter to get low-carbon makeover as part of £3.3million scheme